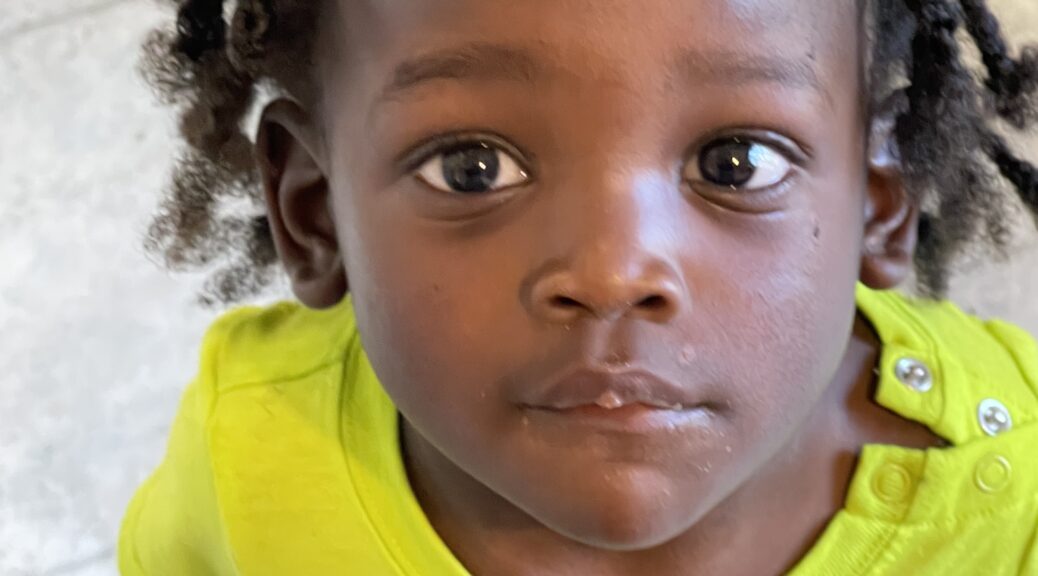 My daughter asked me if I would help her do my grandson’s hair. So, yesterday, we did it! Since he was wiggling and squirming while we pressed snacks, toys and other treats on him, at the same time as singing to The Wiggles and trying to distract him in any way possible, I thought it turned out great! I washed his hair, Ja’Ana made parts and combed it, and we both started braiding like crazy from both sides. Now it’s clean, his head is moisturized, and he looks great! It’s a big job, but by doing it ourselves, we saved at least $75-$100. It brought back a lot of memories to me of years and years of doing hair….

My daughter has been at a new job for a few weeks now. She works mostly at night. This has been difficult, but we are all pitching in as we can to help with babysitting so she can keep her money in her pocket. I’ve been babysitting a lot as they have been calling her in due to people not coming to work due to Covid symptoms. These were afternoon shifts, so I was able to help her out. Patsy’s been babysitting a lot, as well, as has anyone else who will take a shift. Today, my sister and I had a great visit while she helped me with Jake, the boys, school, and life while my daughter got some sleep after working all night last night. My Mom helped while we visited last Friday. As you can see, we are using any one with arms that will come over:). They are happy to work for soup, so……..Seriously, I am very grateful for the help and J is, too.

We put Malcolm to work to help out (ha, ha). He’s happy to work for crackers, so the price is right. Rob ordered this little cleaning set and we’ve had so much fun watching him sweep and mop. Little brother was not amused today, when he got “swept” in the process.

Rob’s seeds are popping up like crazy in the greenhouse. Our second batch of ordered seeds arrived yesterday and he planted some of them today. I had forgotten to order the Carmen pepper seeds the first time. I got Rob some flower seeds while I was at it and he’s excited about them.

I successfully cooked the beans I was soaking. Now I have both red and black beans frozen for quick use. The previous post details a lot of what I cooked this past week. After I posted it, I ended up making a huge vegetable-pesto soup, cornbread, brownies and potato salad. Our neighbor with Covid is feeling a little better and has food from some other places, so I’m haven’t sent more over after today unless he runs out or feels worse. (Rob just talks to him on the phone and leaves it on the doorstep. He’s a truck driver and basically crept home feeling awful a few days ago and called asking if we had broth or chicken soup. He doesn’t keep much food in the house as he’s away so much. We were glad to help out.). The soup got away from me and become too large, so I shared with a couple of other people and there’s still plenty for us. I used onions, celery, hamburger, canned carrots, broth and tomato products, frozen beans and corn, frozen pesto, frozen white beans, Italian seasoning, water, salt and pepper and a little corn pasta in it.

We didn’t need many groceries from Safeway this past week. We are still using things from the freezers and pantry. I used the last of January’s grocery money for another Azure order of mostly bulk food products such as rice mix, white beans, popcorn, etc.

I read library books on line, and a couple actual books. We watched U-Tube, Netflix, etc. for entertainment…(We Don’t Talk About Bruno in 21 languages, anyone? Jake loves that song in English, Patsy in other languages….you see how it is). Thankfully, U-Tube is free so they can both have their way. I worked on a baby quilt a bit, using fabric I’ve had for years with just a couple of small pieces I bought to go with it. There is no baby in mind for this. At the rate I’m going, that’s just as well as they would be a teen before I get done. But, I cleaned up an entire basket of miscellaneous sewing items/scraps, along with going through a couple of other drawers of sewing things and found this fabric, some scraps from other projects that matched, so…why not?)

Rob’s been taking Lovana, our daughter, driving. She really wants to pursue getting her license. She’s a little older, but feels ready at this time. They delivered a meal to a family who needed it. That was good double use of time and gas.

Rob had a birthday. He had a great day. I made the cake he loves so much. It’s a sour cream chocolate cake and it’s great. You really cannot tell it’s gluten-free, or so they say:). Making it that way means I get some, too. Yum!