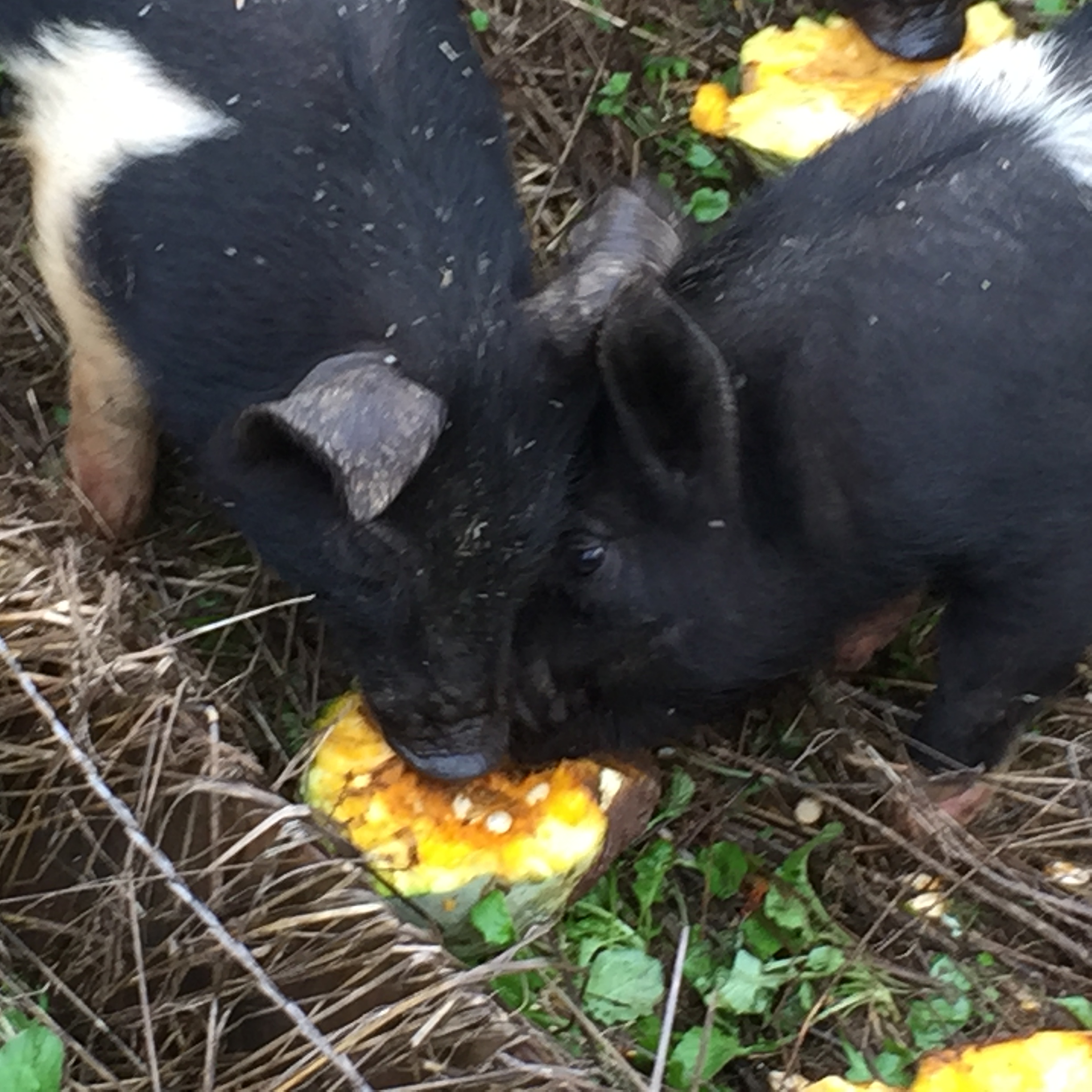 Today, we purchased 5 baby Hampshire/York cross pigs from a lady on Craig’s list.  They were $90 each, which is a good price around here.  1 is for our freezer, and the other 4 are for other people to buy.  All but one are pre-sold.  One year, Rob had a baby pig die from tetnus, which is rare, but from then on, he has always bought an extra one just in case.  He has never had trouble selling the extra pork.  The 4 pigs that are going to be purchased will bring in enough money to pay the expenses for the 5th pig, which we will keep.  So, for his time, (which is substantial), we will have a “free” pig for our freezer.

Rob put clean straw into the pen, which has not been used for about 2 years.  He checked the fences to make sure no holes had developed.  Baby pigs are very small and can get out easily, even through the smallest opening.  The little shed where he stores hog feed needed some work, too.  He re-fastened the tin roof, which had blown part way off in a windstorm since the last time he raised pigs.  Inside the little shed, half is an area where the dog can get in out of the elements.  The other half holds the pig food.  Rob removed all debris, trash, empty bags, etc. that had accumulated.  He bought a ton of natural hog feed from the local feed store, where they mill their own.  It is not organic food, which is wonderful, but raises the cost of the pigs to more than we can afford.  It is natural, and very competitive in price to other, less attractive feed.  He got a reduction in price because he bought a ton.  If he can figure out a way to bring his own containers another time, he will save even more.

The pigs will be fed on a diet of natural pig feed, supplemented by vegetables and fruits.  Sometimes Rob buys bread that is too old for the store to sell.  He was able to get our van full for $20-$25, but that was a couple of years ago.  It will be interesting to see if that deal is still available.   Pigs are a wonderful way to raise meat in a few months because they grow quickly and taste wonderful. I’m already excited about getting some more pork into the freezer!

One thought on “Baby Pigs”