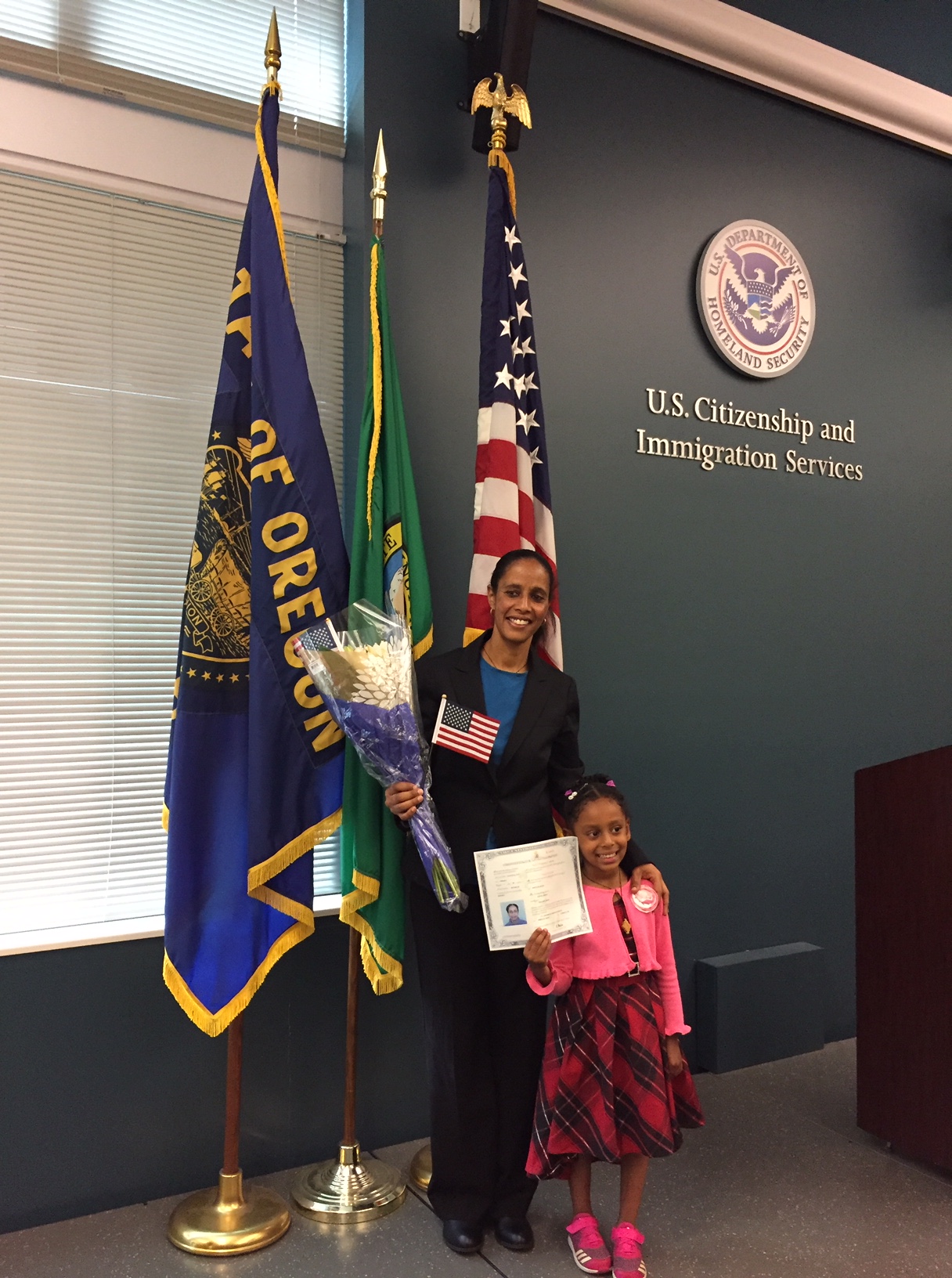 I’m so proud of my friend, Harnet!  She did it!  Yesterday was the day that she was sworn in as a citizen of the United States of America.  She has worked and studied so hard to pass the test, collect appropriate paperwork and documents, and finished the process by being sworn in yesterday. 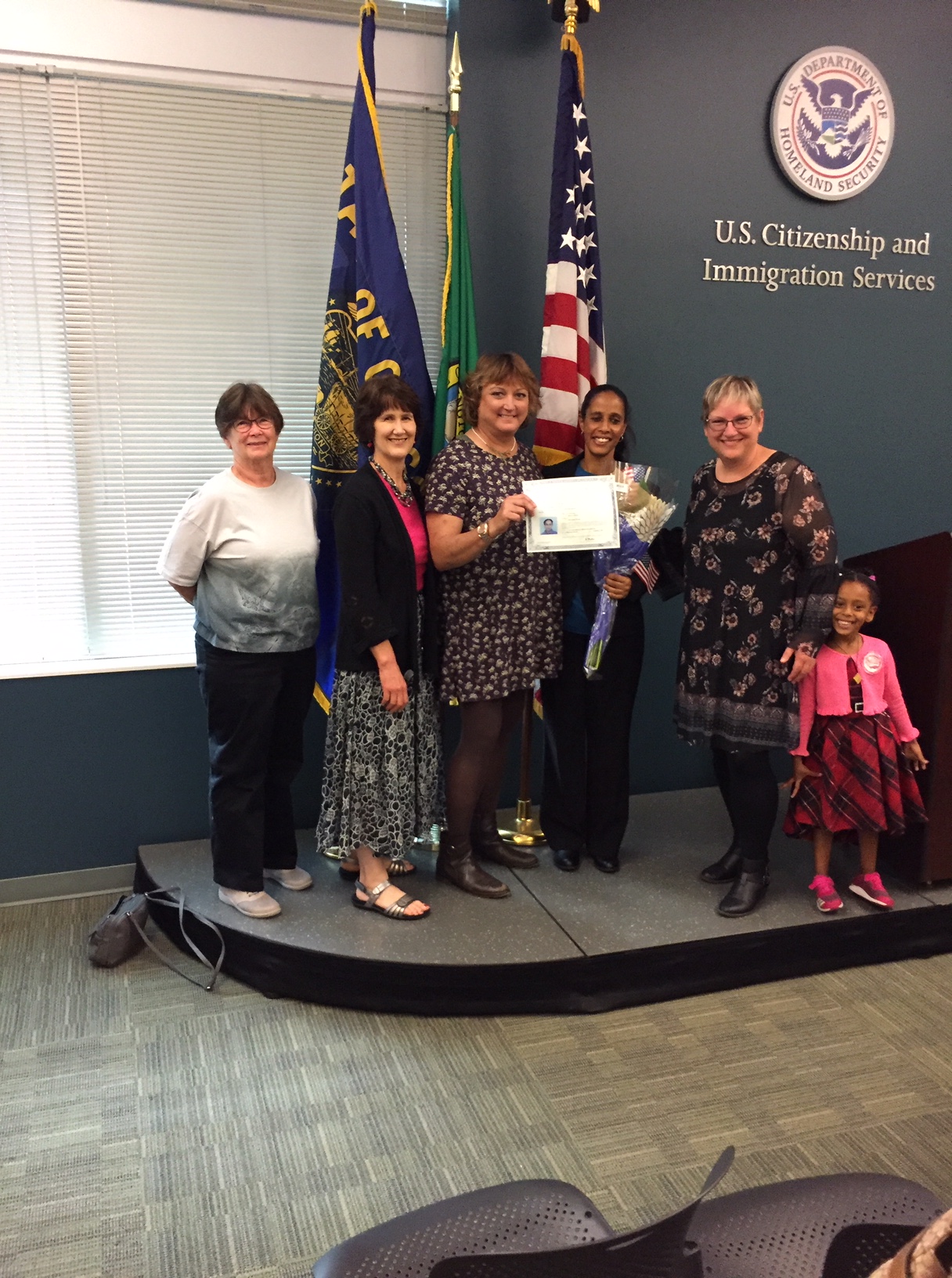 So many people helped her along the way.  These are just a few of them.  She had several more happy friends there at the ceremony, and she and my sister, Rosalie, juggled both Danait and several bouquets of flowers as they walked back to the car along the streets of Portland. 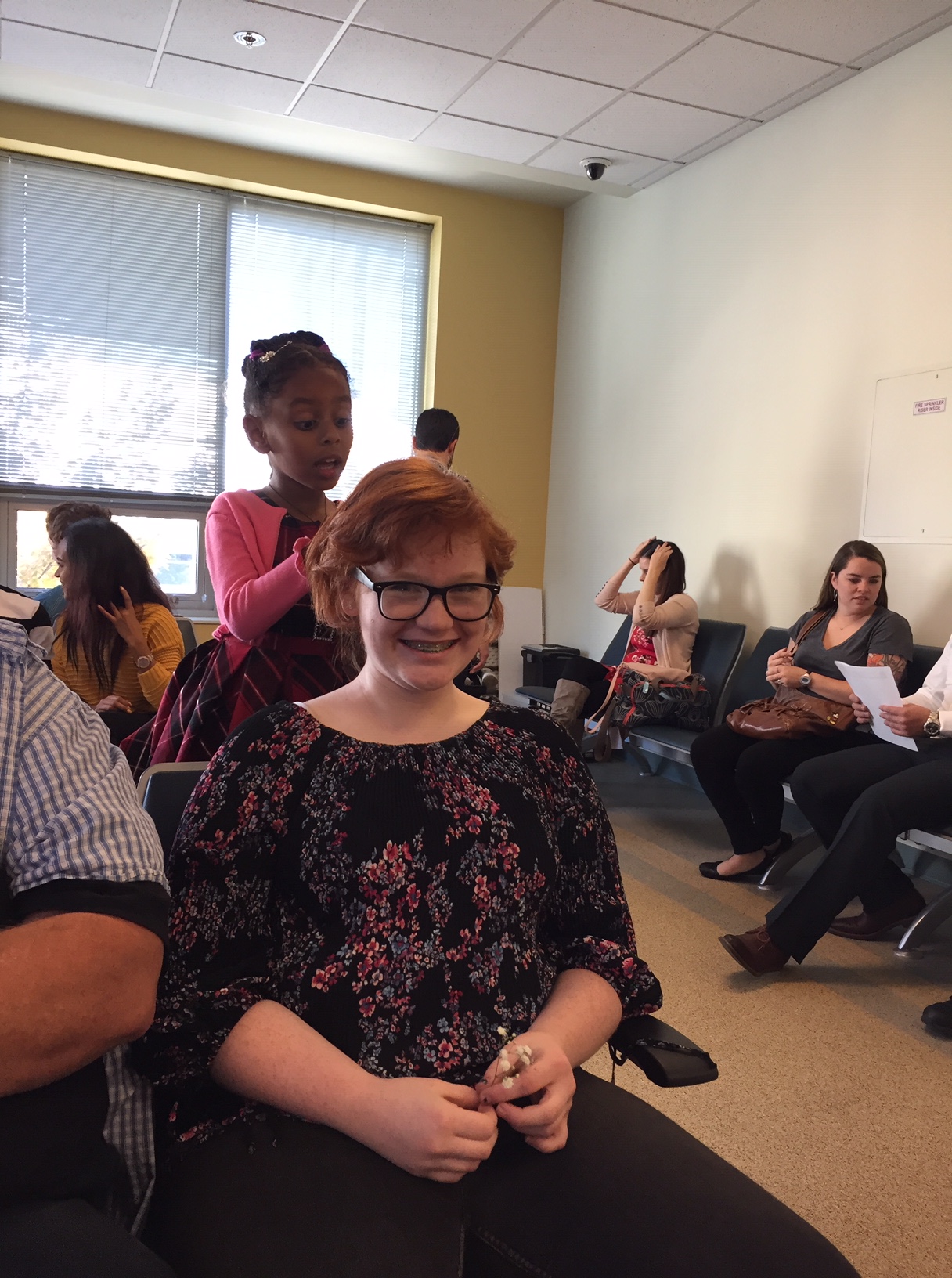 Of course, Danait was more interested in playing with Patsy’s hair….. 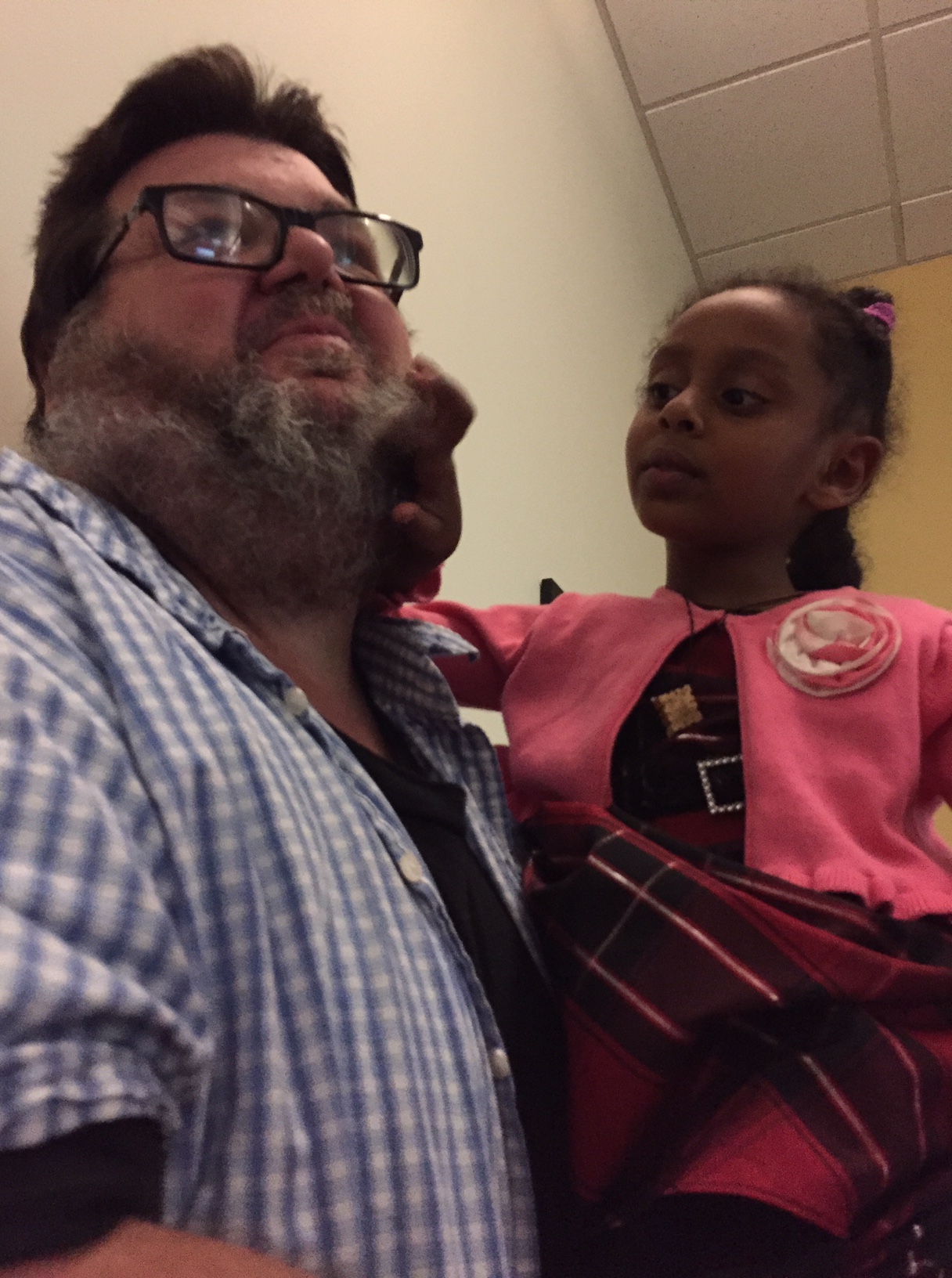 And climbing Rob like a flagpole so she could play with his beard….

After all, she  already was a citizen:)

All in all, it was a very satisfying afternoon all around.  We couldn’t stay late, but I think Harnet and Rosalie and Danait continued celebrating for the rest of the afternoon after we headed off toward home.  We hope to have a party to celebrate before too long.

It was really fun and meaningful to be at the ceremony and see over 40 happy, glowing people fulfilling their dreams of becoming citizens.  There was a lot of joy and excitement in that room, let me tell you.  The ceremony was not very long–just a couple of patriotic videos, short speeches (like 1-2 minutes each),a message from the President welcoming the new citizens, and the actual swearing in of the group. It took far longer for them to double check everyones’ paperwork and make sure every single last minute piece was in order before it started.  Then, at the end, each person was presented with a certificate, somewhat like getting a diploma at a graduation, and it was over, and they were all off.  They had volunteers at the door to help anyone who wanted to register to vote.  Harnet was eager to sign up.  She’s been waiting a long time for this, and I’m so glad she got another step farther in fulfilling her American dream!