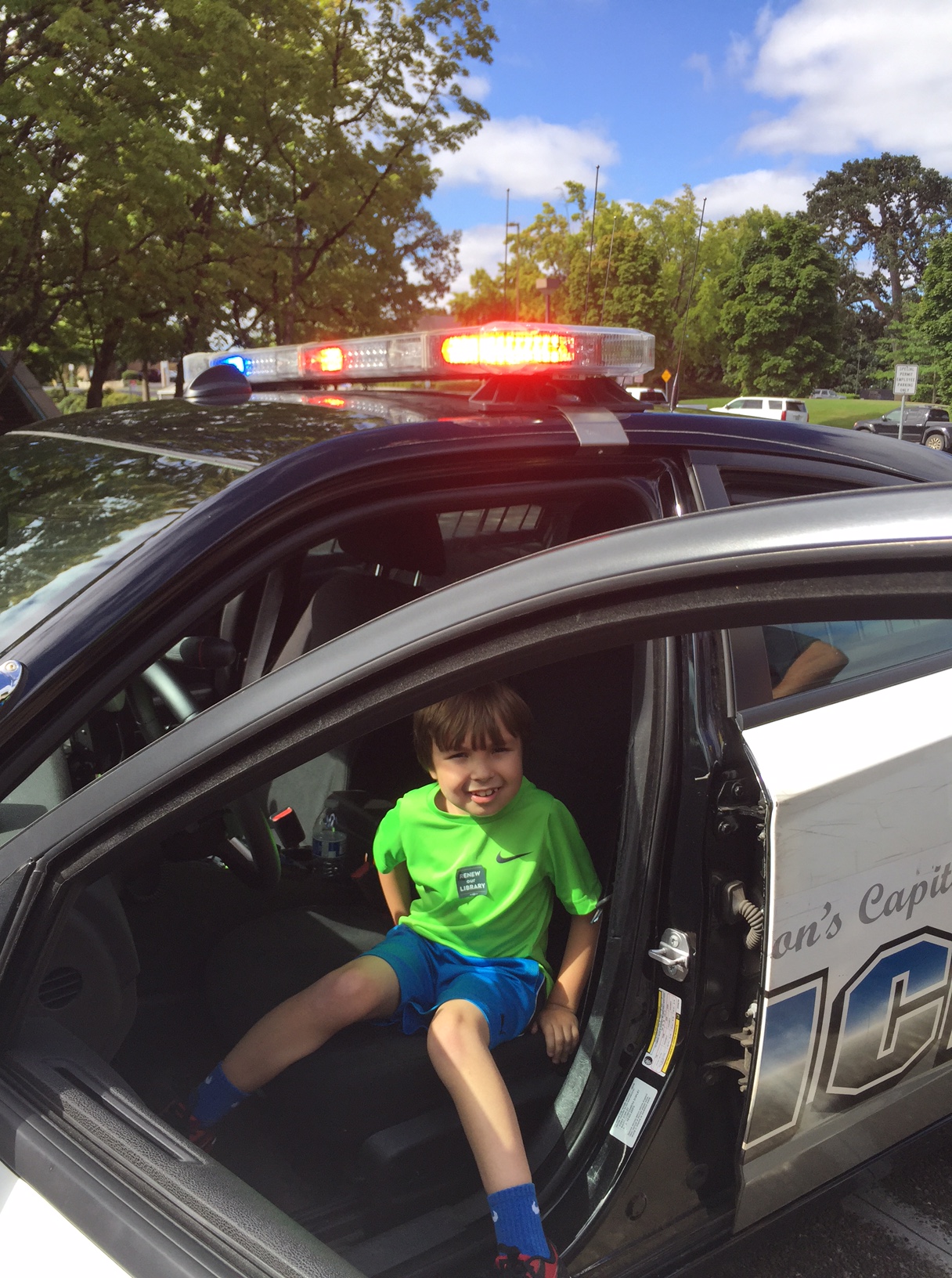 Jake enjoyed his library summer reading party.  His favorite thing was getting to sit in the police car.  He was the first one, so they showed him how to turn on the lights.  For the rest of the party, he kept glancing at that car, all lit up, and was so proud.  He received a free book and a few other prizes like a snow cone, foam airplane, stickers, etc.  It was a fun party.  The next evening, the big girls attended their party at the library.  They also received free books and had a good time. 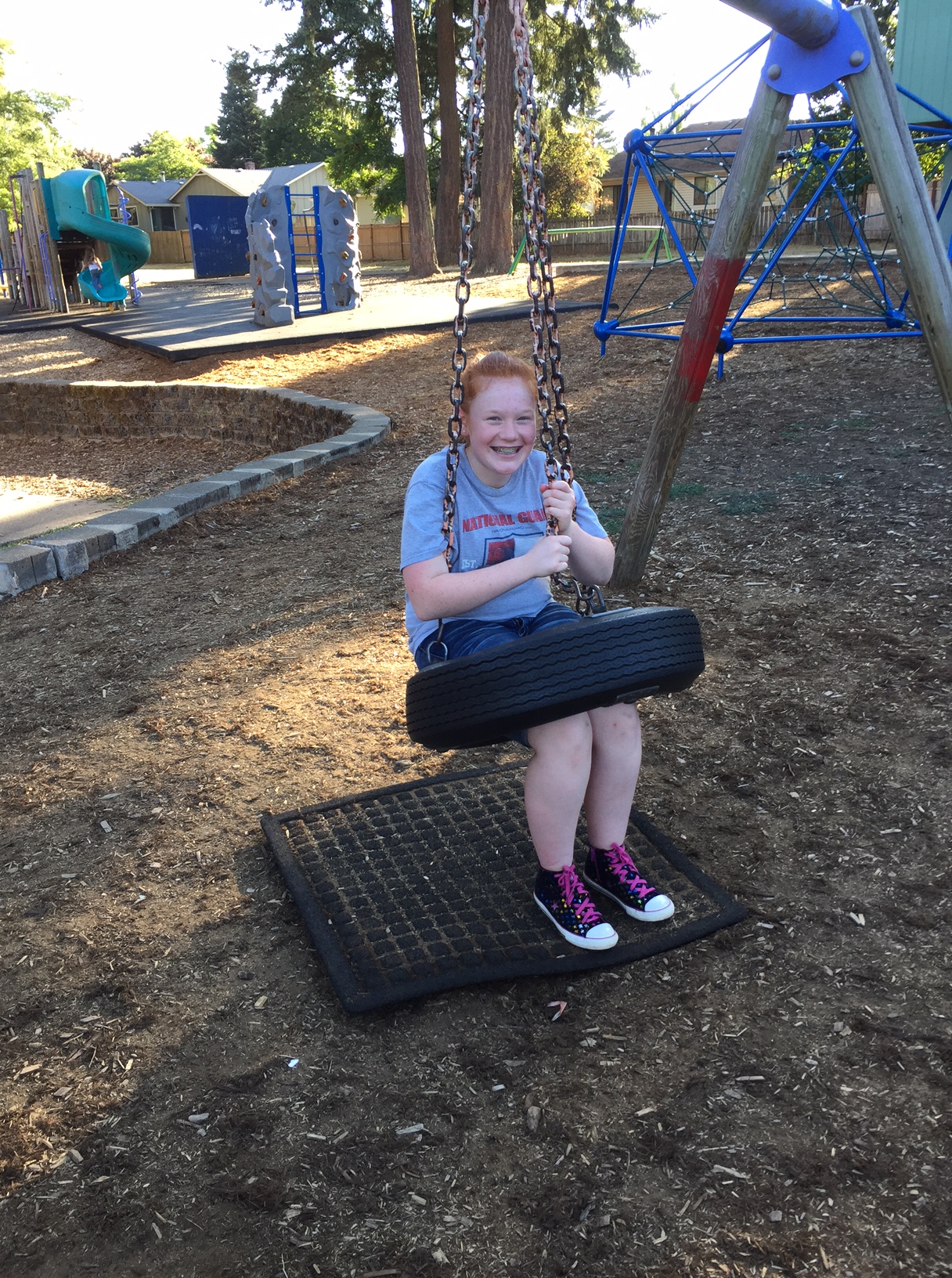 We went to a nearby park and the kids enjoyed the equipment. 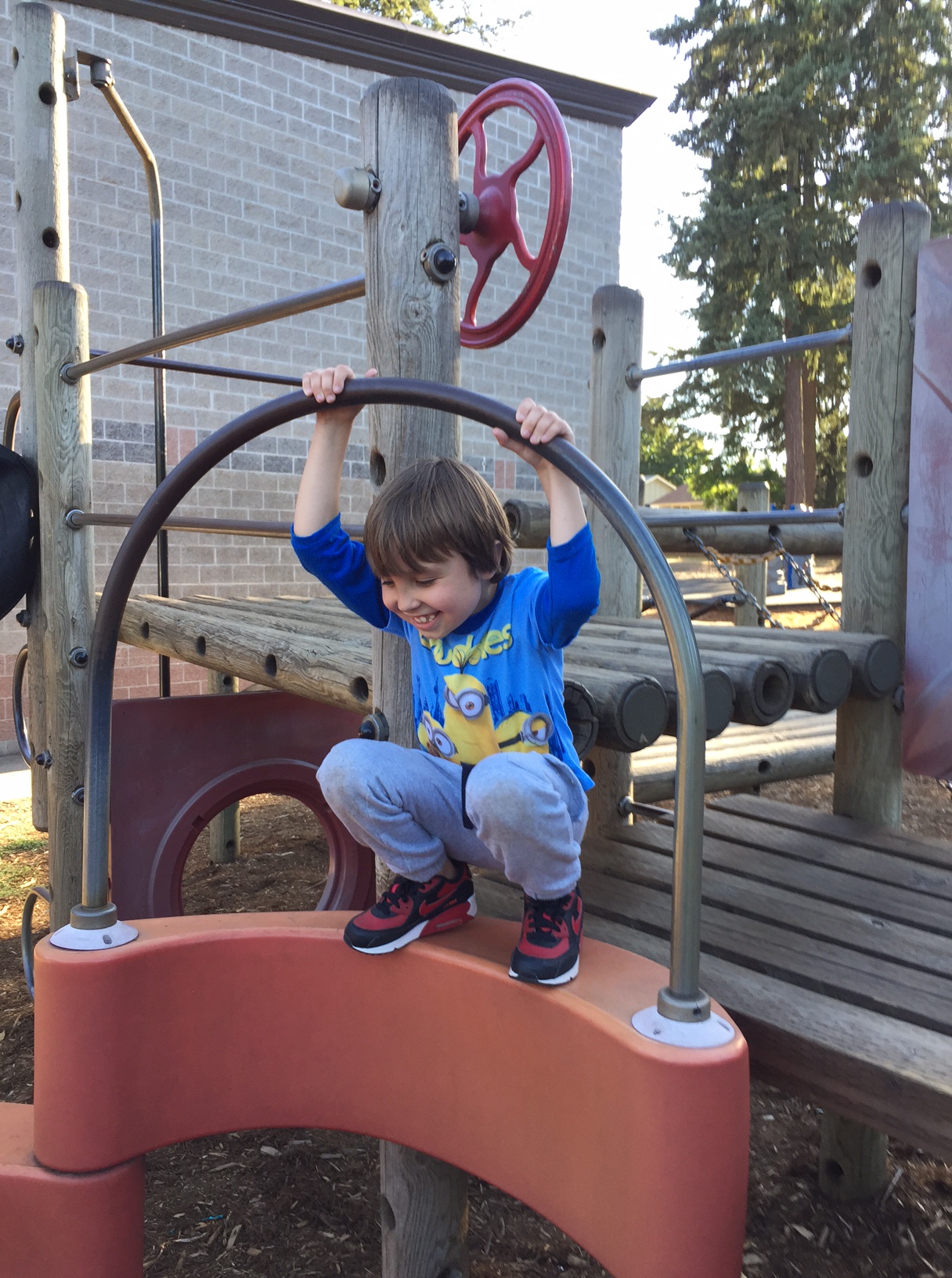 We spent quite a bit of time putting things away from our trip.  On Tuesday, we spent a good portion of the day up at my sister’s farm.  I helped her run the u-pick stand while we visited and got caught up with each other.  It was super fun!

For the rest of the week, Rob and I both took turns with Jake, keeping him occupied and learning.  Rob took him to an apple farm and they picked me around 100 lbs of Gravensteins.  The place we usually get them put us on a wait list, but told Rob they were not sure we would get any, there were more people on the list then there were apples available this year of that variety.  I helped him complete his chart each day, and did things like the library and park.  He stayed over one night as his parents had meetings that evening, so that was fun. 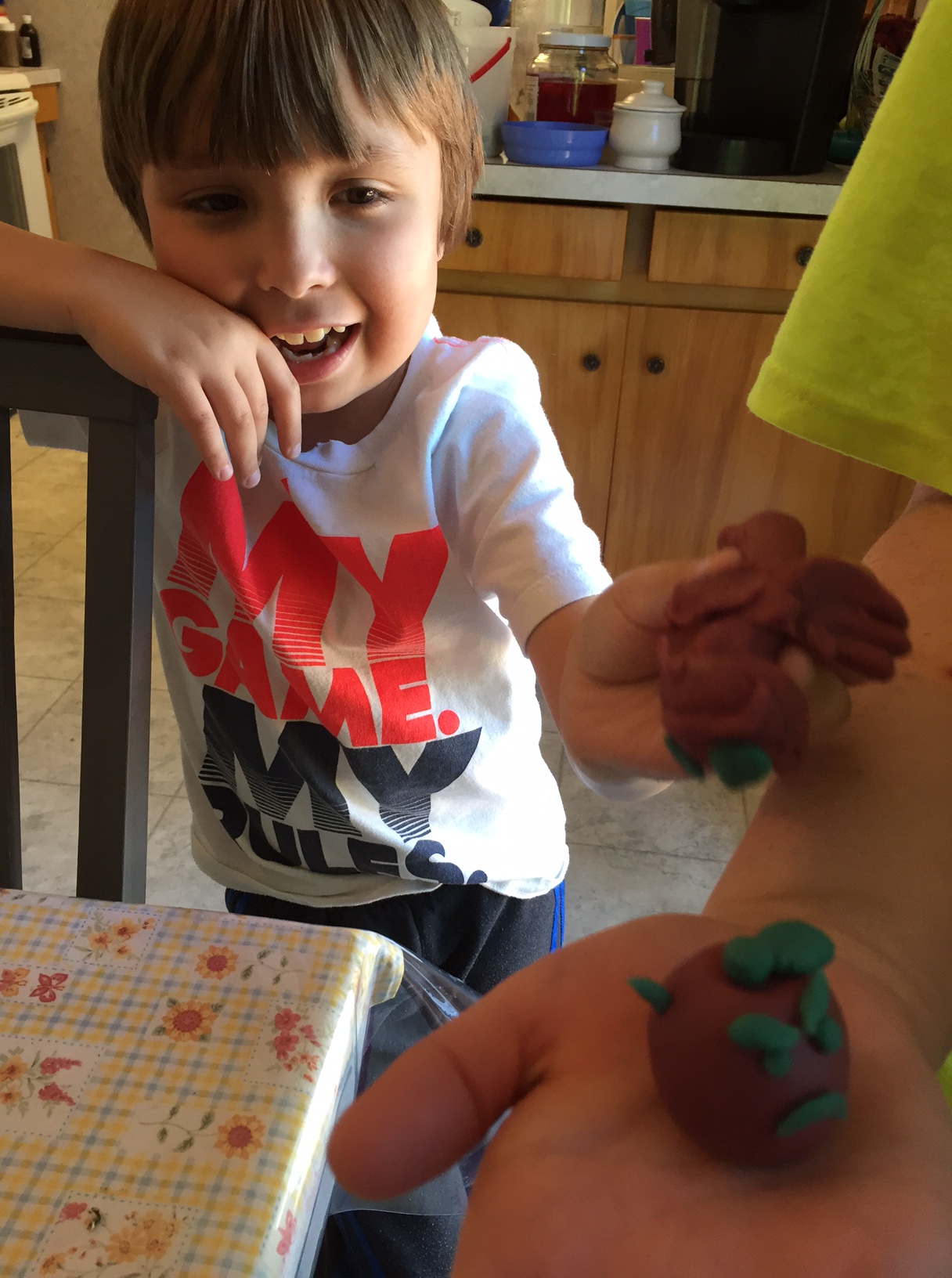 There were lots of simple activities like play dough, board games, and of course, freezing beans.

I spent many, many hours working on the garden and preserving food. 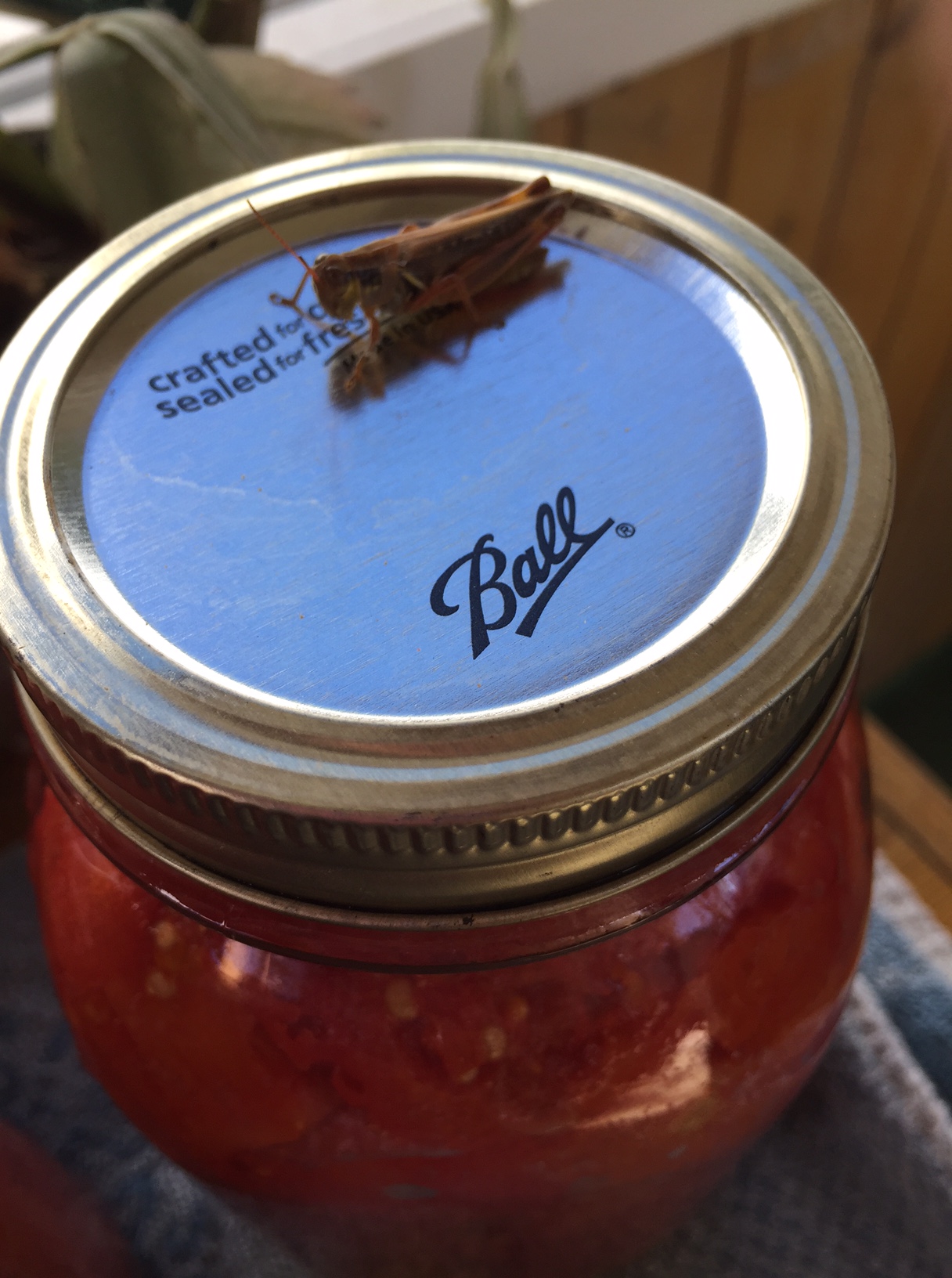 Even the grasshoppers thought my canning turned out well:)

On Saturday, Rob and I spent quite a bit of time cleaning the shop.  There is a long ways to go, but at least we got a large shelf unit up, and a lot of boxes moved around.  It felt good to get at that project.  It’s been an eyesore long enough!!