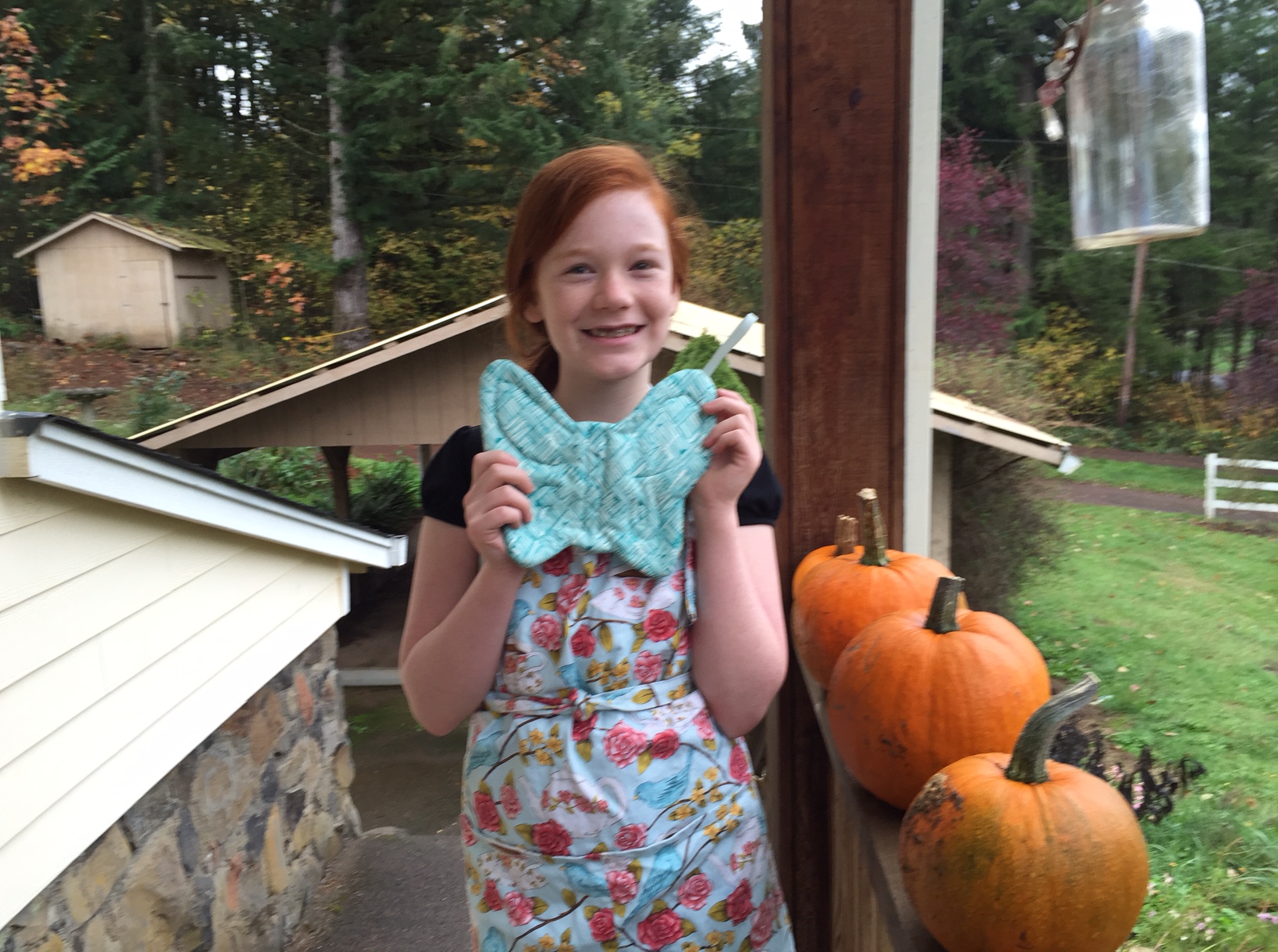 On Friday, Patsy finished the potholder she has been working on for a couple of weeks.  Aunt Janet came and worked with her.  The pattern was purchased at a quilt shop in Sister’s Oregon.  It was called Flutterby Pot Holders by Valori Wells.  She also chose a fat quarter to make her project with.  We purchased Insulbrite interfacing/batting elsewhere so that no one would get burned when they used this potholder.  Although the pattern showed exactly where to do the machine quilting, Patsy chose to make her own designs.  They turned out great!  Now she has her first Christmas project done.  Go Patsy!