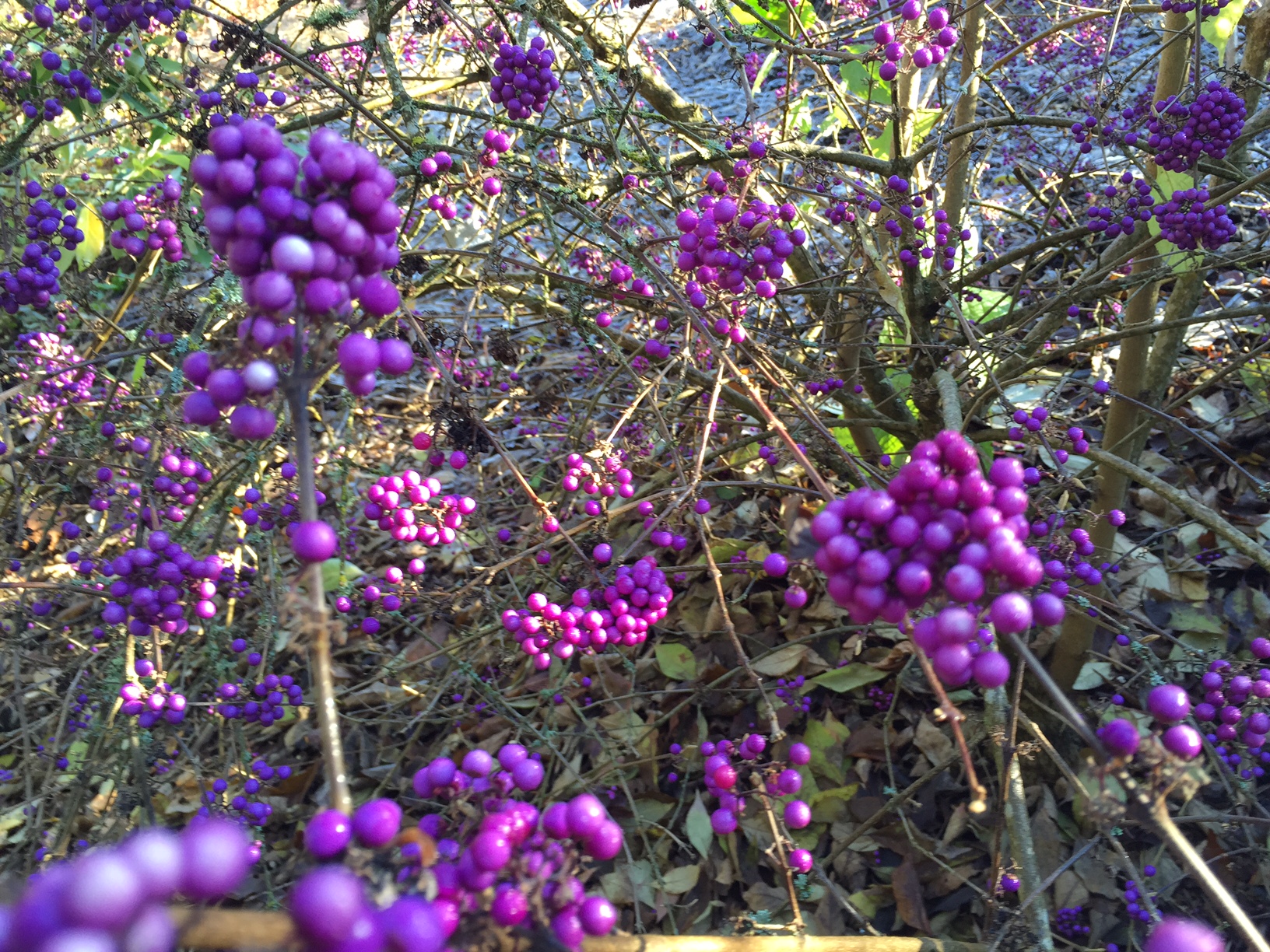 This week, Rob and I got to have a night away ALONE for the first time in over 2-1/2 years!  Last Christmas, we received a gift certificate for a 1-night stay at the Oregon Gardens, in Silverton, Oregon.  We used that certificate on Friday night.  Better yet, it came with babysitting!  We used that, too.  Although entrance to the gardens was included with our stay, we did not have much time to wander through them because it got dark very early and we slept in a bit on Saturday morning.  During the walk we did take, these purple berries really caught my eye.  They were so beautiful.  I do not know what they are called.  I just know we liked them!

We were able to talk very deeply about our financial situation, our plans for Christmas giving, and other matters that are not easily discussed at home with a house full of listening ears.  Those talks were probably my greatest frugal accomplishment this week.  I feel like we are on the same page, have lots of hope even in a rough situation, and are both headed in the same direction–something that is very important to both of us.

We had many appointments this week, but did not succumb to fast food as much as we used to do.  In fact, we have cut that out since Rob’s job loss, except for rare occasions.  Because we had let the habit of stopping “just for a few french fries, a Frosty, etc.” creep into our routines, it has been a battle with the children.  Clearly, they like doing that.  It has been a battle with myself.  Clearly, I like taking them.  But, even though they cannot understand it the way I can, this is a way for the $10’s and $20’s to stack up in my purse instead of being frittered away.  I will say that ice cream was still in order for the child who got a shot at the doctor and she enjoyed every bite!  I have been able to put $ away for later.  I know I will need it more then.

I made split pea and potato soup.  We ate it for several meals.  It was meatless, flavored with ham broth.  My husband loved it, even though he usually likes his meat!

I let my niece choose her own pajama fabric from my stash for her Christmas gift.  She is autistic and likes knowing what she is getting.  She is with us for a few days.  I plan to sew the pajamas and let her try them on, then wrap them.  That helps her handle her anxiety about Christmas more easily.  We will add some Reeses peanut butter cups to them, since they are her candy flavor of choice.

I gave another niece a piece of flannel to use for a school project.

I used lots of eggs for meals this week.  Our chickens are laying well right now.  I also used a lot of ham bits from the ham Rob cooked a few days ago.  We did ham and eggs several times, as well as plain ham, ham sandwiches, etc.  I made broth from the bone. 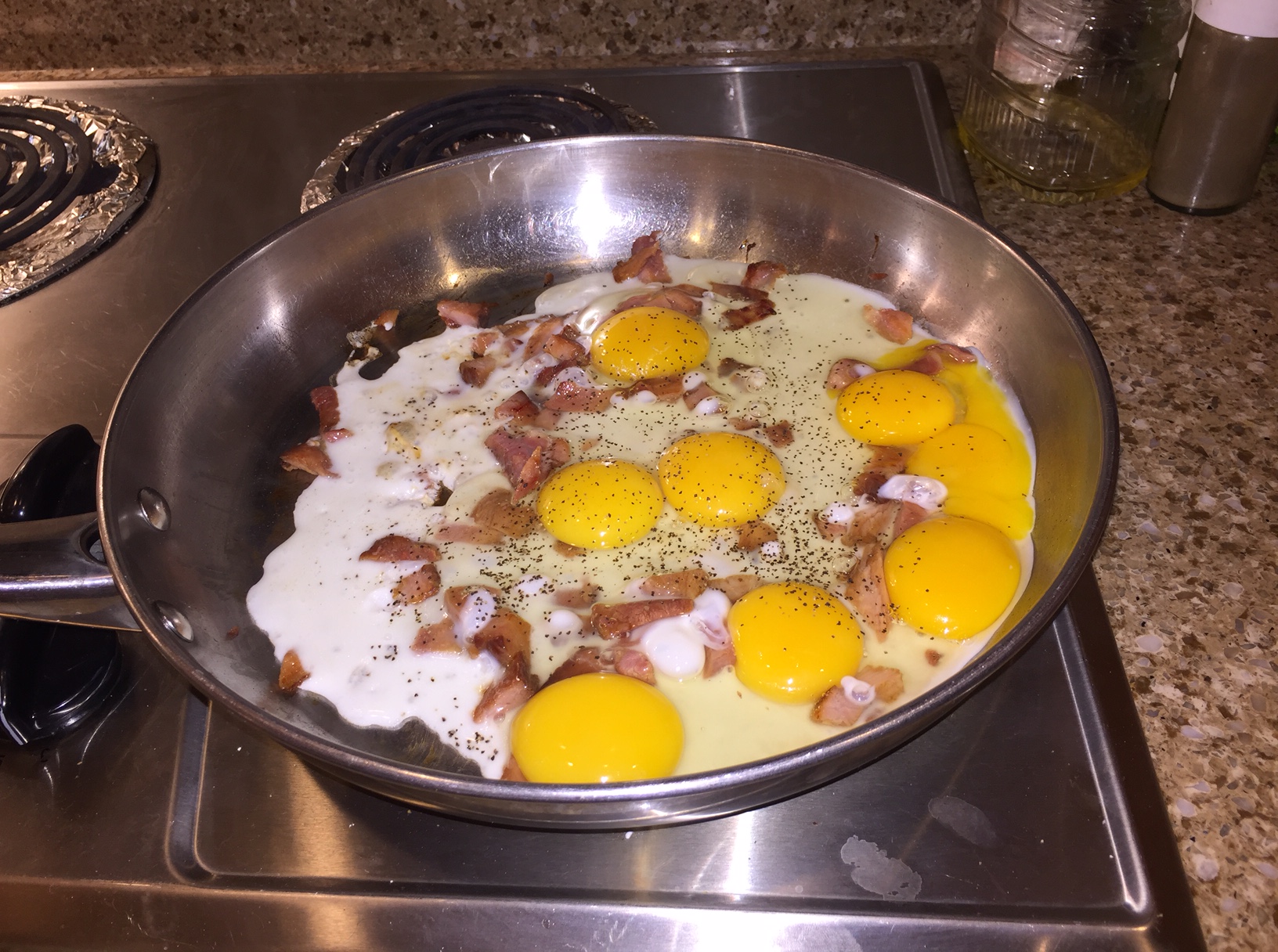 I was able to work on several sewing projects that are for Christmas.

We were able to do some medical appointments before our good insurance runs out.

One daughter was able to pay off extremely large library fines she had. She took in food items to the library during their “food for fines” week.  She did jobs for me to pay for the food items.  That is extremely nice of our library and helps the food bank.  I have not let her check any more items out until the fines were taken care of since they were due to her not being responsible. (She passed up opportunities to return them when we were going to the library by just not paying attention to due dates)  We are both happy now.  She’s so excited to have library privileges back.

Our dentist was extremely kind and gave us a greatly reduced rate on our check-ups because he knows us and our situation and wanted to be kind.  We have no cavities, which is good, and saves money, as well.

I have been practicing purposeful thankfulness.  We are so blessed.