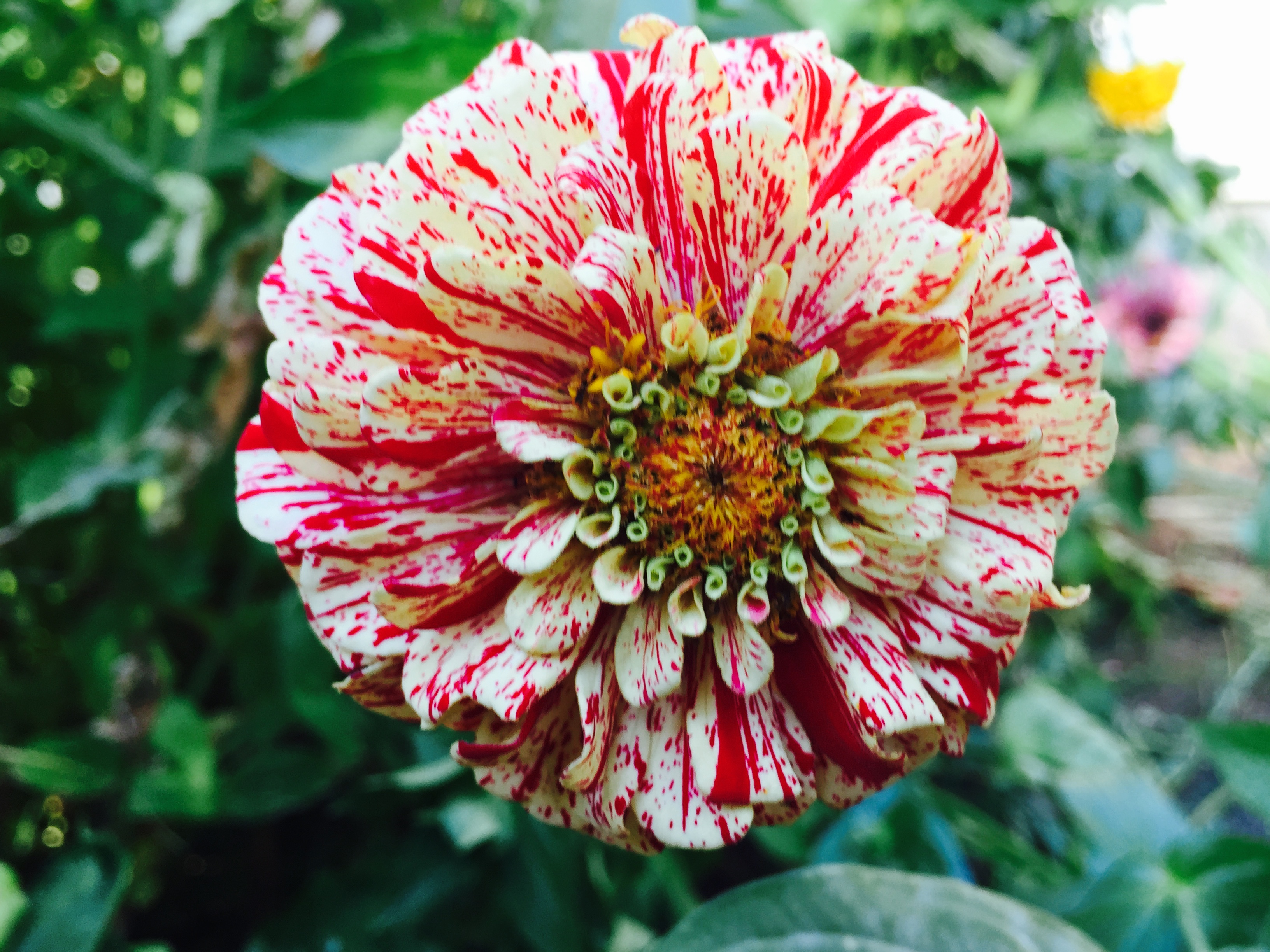 I am still enjoying my zinnias from last summer–just in pictures now.  This peppermint-stiped one makes me think of candy canes, with it’s beautiful stripes.

I was pretty sick for the first half of the week, and am still coughing a bit.  I had to skip work for the most part, and only ended up giving one lesson the entire week.  That made it even more important to be careful with my money for the rest of the week.  Being self-employed means that if I don’t work, I don’t get paid.

I soaked white navy beans last Sunday.  On Monday, I found I had soaked way too many!  I ended up making ham and beans, and white bean chicken chili.  We ate those for several days and I froze enough for 2 meals, at least.

At Safeway, I had a $10/off $50 that I used.  I got 2 large laundry soaps,  4 apple juices for $1.25 each, 2 puddings and 2 jellos and a free bag of sugar with those items.  The last jello lasted us about 4 years.  We don’t use it much, so it will be nice to have it if a recipe calls for it.  The best thing was 10 lb bags of frozen thighs and drumsticks for $5.  That is 50 cents a pound–by far the best price I’ve seen here for years!  I got 3 of those and a few other things. I thawed and cooked one right away. With the coupon, it came in around $50, so I got around $60 worth of groceries at that store. 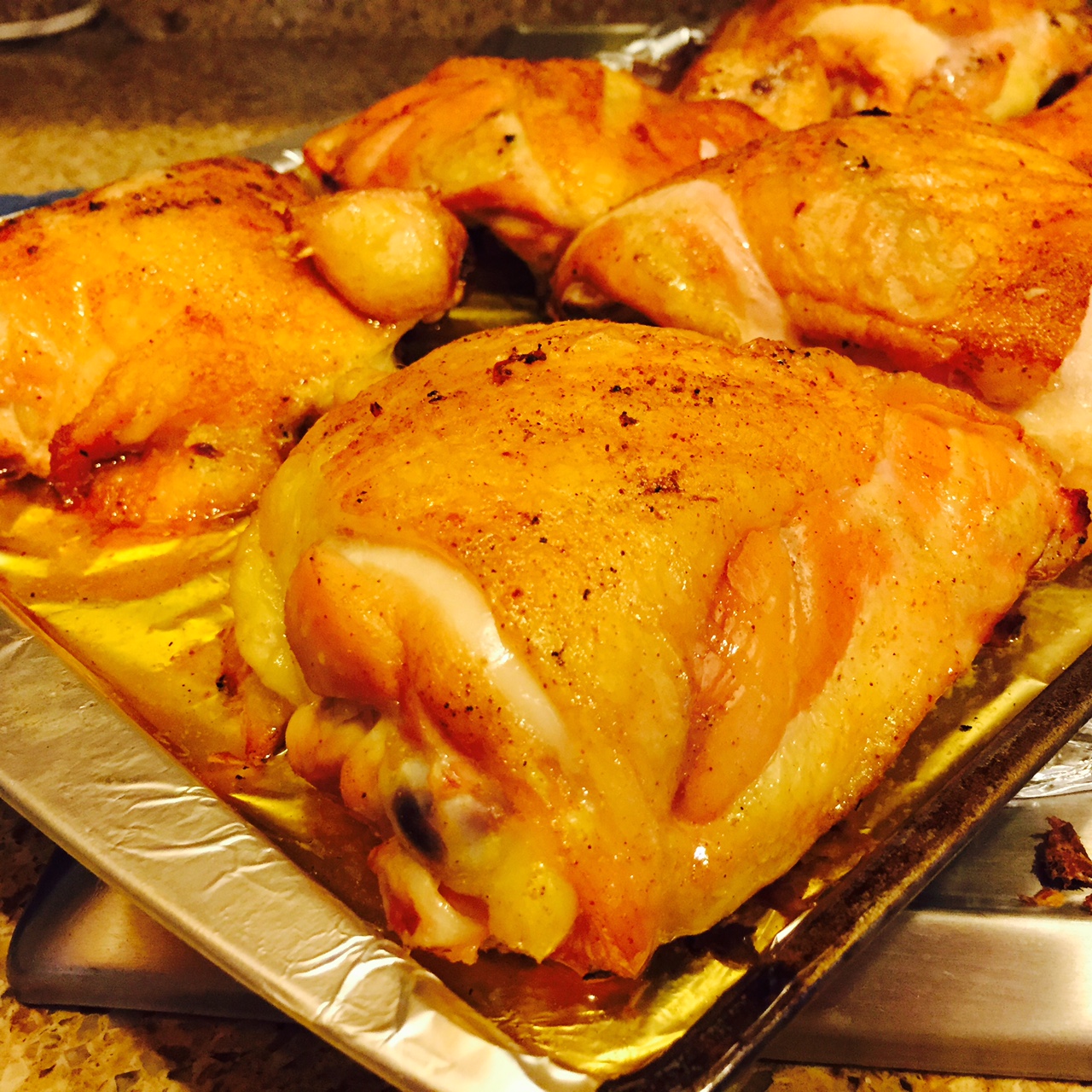 I watched a lot of Andy Griffith shows on library DVD’s.  I embroidered dish towels while I did that.  I used a LOT of  tissues someone gave us for free a while back.  I also drank a lot of fizzy seltzer water the same person gave us.  I just put a little bit of juice or lemonade in the glass with ice, and filled it with seltzer.  It is like fake pop to me, and kept me drinking all day long.

I made a roast, the bean soups, used the rest of the turkey from Thanksgiving in turkey salad for sandwiches or salads, served some hot dogs that have been around a while. I did not make pizza as our menu plan called for, as we had enough food without it.  I did made  lasagna from some ricotta I had hanging around and took it to my sister’s today.  I buy ricotta from Cash and Carry.  It is much less expensive, but you get a LOT.  There was a little left from the last container I bought  about 6 weeks ago.  It lasts a long time as long as I am careful to not get anything in it that would contaminate it.

I did quite a bit of sewing.  I got Michaela’s pajamas done.  I sewed a pillowcase for a service project.  We tied a blanket for the service project, and Patsy made one for herself. I made a doll dress and a doll sleeping bag. I cut out pajamas for Lovana.  I have a lot left, but I will be working this week, so I’ll do my best.

Rob and the girls visited a cut-your-own Christmas tree farm and got ours for only $10.

Ja’Ana was able to sell a few pies for a fundraiser she participated in to start earning money for a retreat at church she wants to attend.  I’m still waiting to see how much she gets towards her trip.

I hope you were able to find some ways to save money this week, as well.  What did you do?

Leave a Reply to Shannon @ Of The Hearth Cancel reply