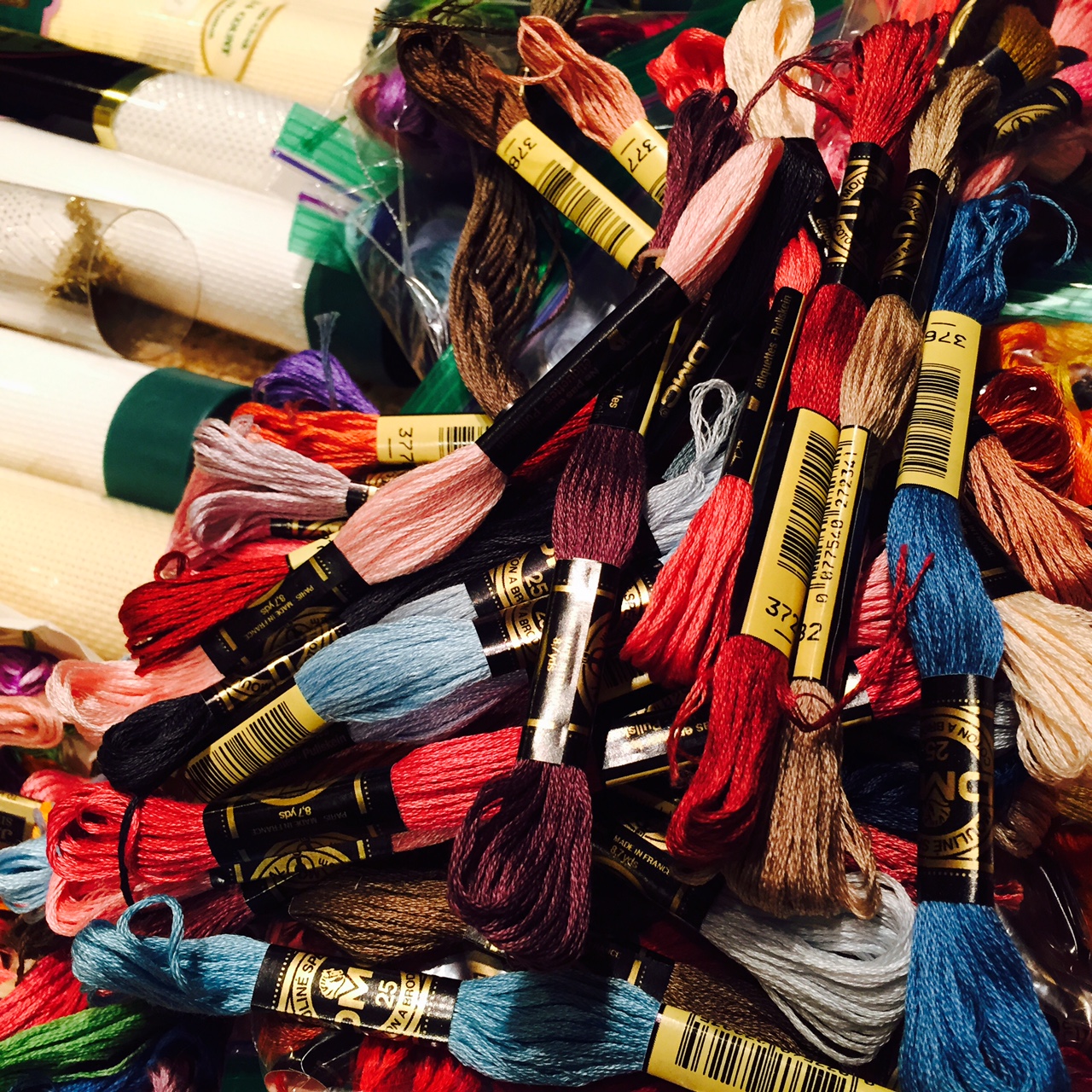 As I was stitching some last minute embroidery projects, I realized I was getting low on green floss.  I remembered Rob’s mom telling me that she had been given some x-stitching supplies, by someone who was moving, to share between his sisters and myself.  I asked him to stop by and see if there was any green in the mixture.  He brought home a couple of boxes of supplies and I got to choose whatever I could use.  It ended up being about a gallon of floss of all colors, including green! I chose the loose floss and a few tubes of x-stitch fabric.  I sent back the rest and I think we will let the children use it for bracelets and crafts after people take what the can use.  I am very excited to get so much floss.  I like to do embroidery and work on projects all year long.

We were invited to a friend’s house for dinner and enjoyed ourselves very much.  I was able to make a mixed-berry crisp and use up several little baggies of frozen berries that needed to be used while they were still tasty.  It turned out very good and had raspberries, blueberries and a few blackberries in it. 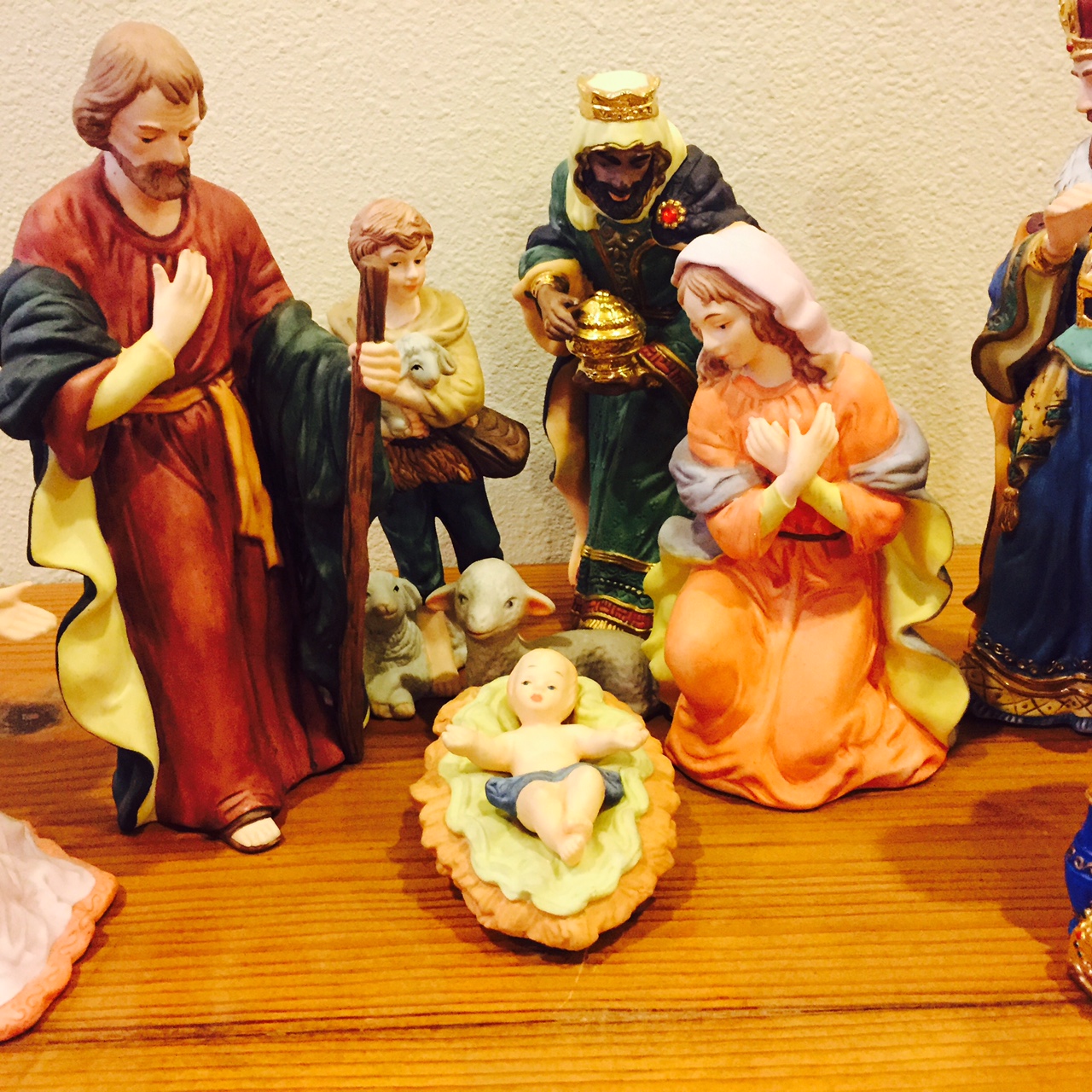 We attended Ja’Ana’s choir concert Friday night and a church choir presentation with singing and drama last night.  They were both beautiful and put me in a Christmas mood.  After J’s concert, we wanted to celebrate with her, so we took her to the store and let her choose any kind of ice cream she wanted.  While we were doing that, I saw a pizza sign indicating that pizza was $5 for the take and bake “special” of the day.  Lovana ran over and got one, and to my surprise, it was for a fairly good sized one.  I already had sandwich ingredients prepared at home, so we had a combination of sandwiches and pizza and ice cream for our celebration!  (The pizza was not gluten-free, so it went farther since I can’t have any).

Rob accidentally broke the glass in the wood stove when he was loading it up so he could leave to drive Ja’Ana to choir practice.  I was giving a piano lesson, and my student and I heard this big sound of breaking glass.  The house filled with smoke, the alarms went off, and it was quite exciting for a while as Rob carried flaming logs out and threw them off the porch into the soggy flower beds.  All the while, I’m trying to carry on like there is nothing unusual about him pouring water all over the hearth (and my kitchen floor),putting out the flames on one log, carrying out others, and trying to get the glass to not fall out of the frame where it was hanging in the balance.  Ja’Ana got the smoke alarms to quit wailing, all was safe, and she and Rob took off for the last choir practice.  I got back to my lesson, and  finished with that student.

Meanwhile, my phone was bringing in texts, asking if there was some confusion about Rob picking up J’s friend.  I answered, “no-he’s on his way” and I went on with lessons. The house phone kept ringing and I continued ignoring it, as I do when working.   Half-way through the 2nd lesson, Patsy was supposed to get off  the bus with another boy who was coming for a lesson.  He came.  She didn’t.  I start frantically texting Rob, asking him to call the school.  In the meanwhile, student #2 is playing away and I’m pretending to listen.  She’s one of my older ones, and was not fooled for a moment, but was gracious while I had my mini-crisis.  I finally get a quick call–everything’s fine–she missed the bus home–he would drop the girls at choir and then go get her.  Whew– because I surely can’t leave someone else’s child home alone at my house while I go get her–and there were 2 of them there by then!  On with lessons.  Never a dull moment at my house–that’s for sure.

The stove door was fixable.  It cost us $125.  We had to run the furnace for 2 days, which will be costly on our next power bill.  In the big picture, though, this stove has been a real money saver.  We use it constantly for heat, using firewood we get for “free,” with our labor and fuel costs being the price we pay.  It was a discard from someone else years ago, and we have used it all winter for heat for the last 8 years.  A new one would be over $2,000 and our power bill would be astronomical.  Afternoons like Wednesday are frustrating (but funny afterwards), but it’s the price we pay for using things that are second-hand, old, wearing out, etc. It’s worth it to us when we look at the big picture.

Rob got bread for the pigs–the back of the van full for $25.  We paid the girls a little something to unwrap it all and it is ready to feed the pigs.  We also have been giving them melons we got last week.  They were spoiling when we got them–they are awful now, but the pigs still seem to love them.  They are almost all gone now.  They are mostly raised on a natural feed from a local feed store, but the do love their treats!  They are growing nicely and so far, all 7 have survived.  (We got 2 more than the original 5 when people indicated they wanted to buy them.) 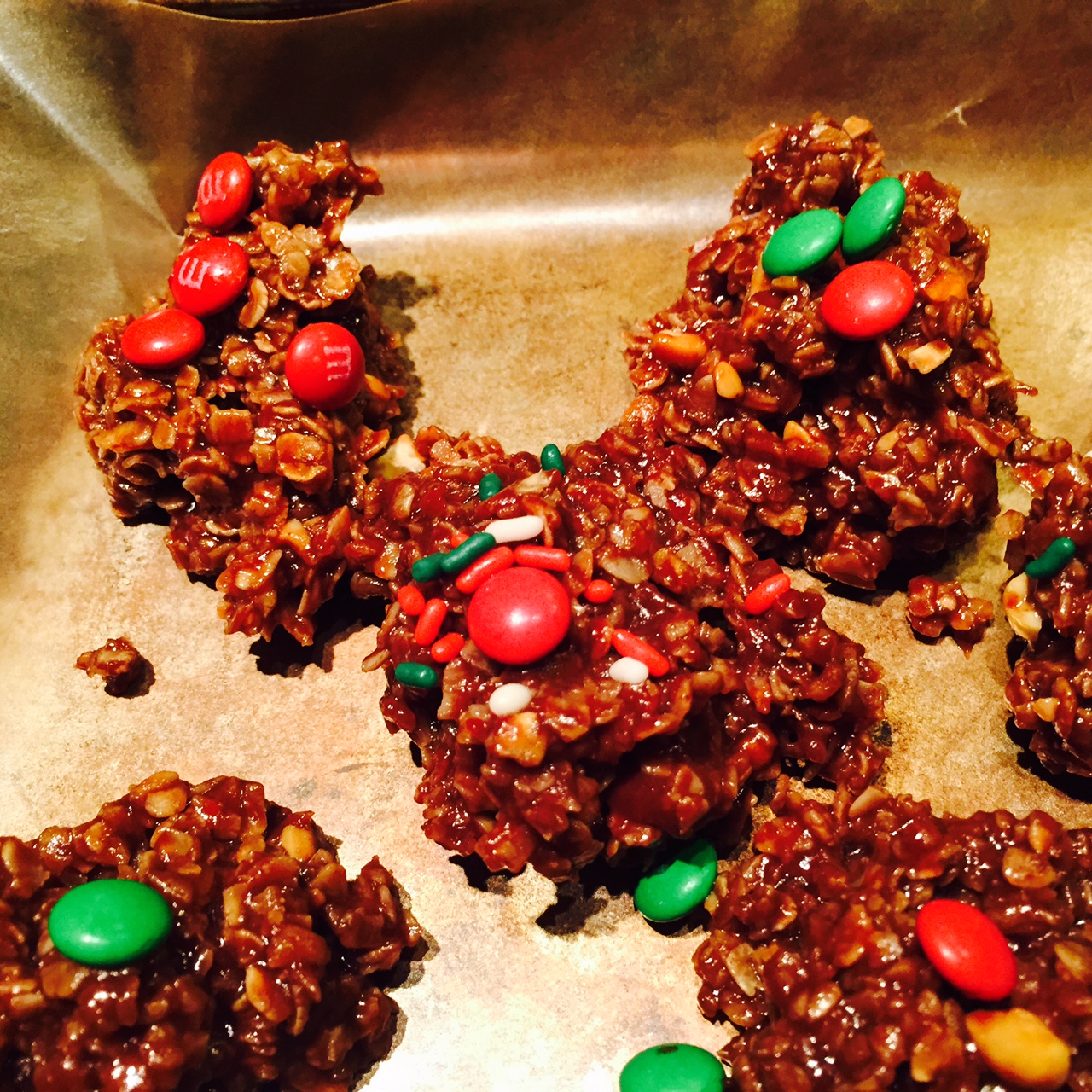 Patsy had a birth-mom visit last week.  We made these mountain bar cookies together and took some along.  They were easy, quick and fun for Patsy to decorate with the mini M and M’s I got on sale for $2/bag a while back.  We also took a few other modest presents and ate fast food together while we visited.  I thought it went well.