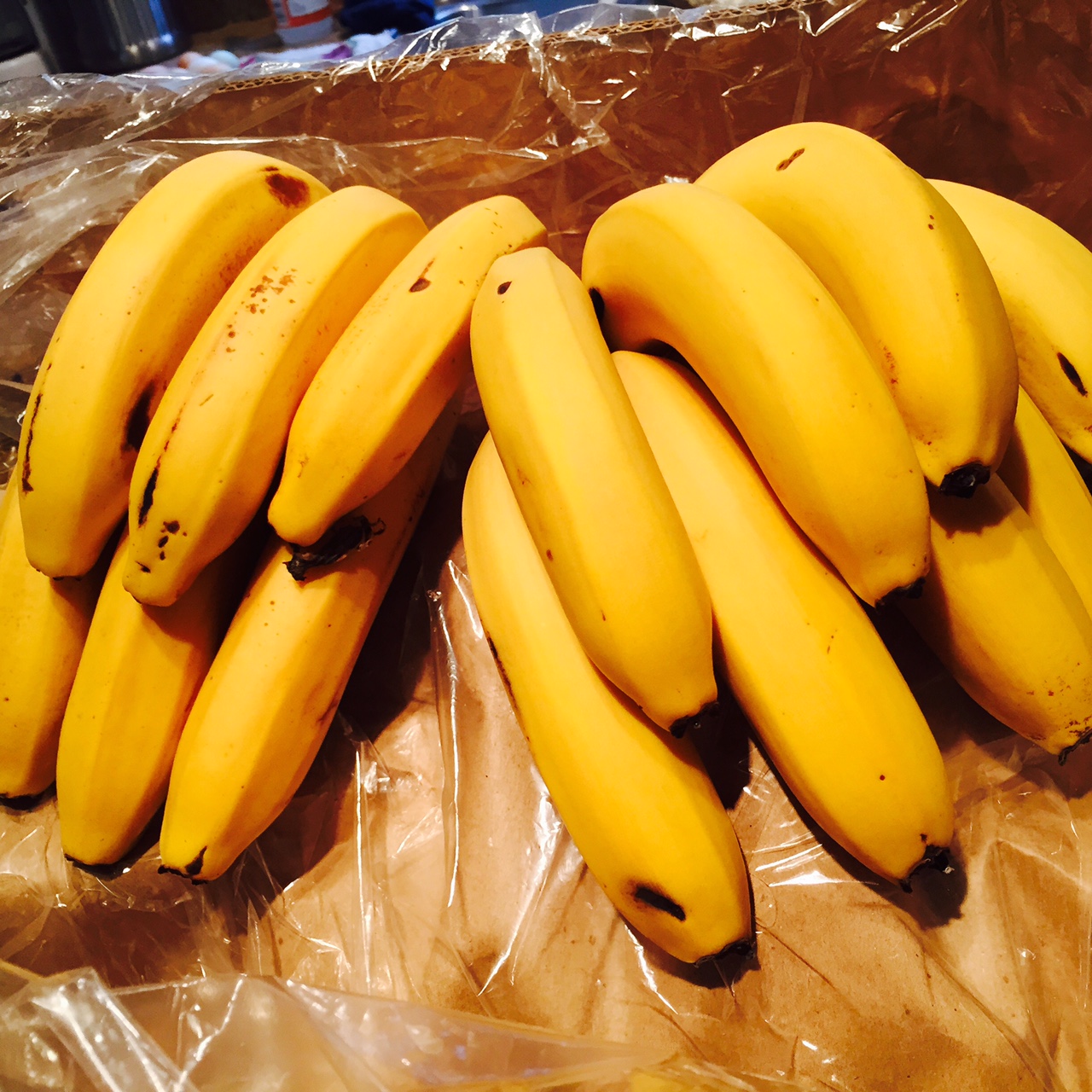 I was delighted when we were given 40 pounds of bananas.  It was a whole box, and there were a lot of bananas in it.  They were in excellent condition.  They were even organic!  What a blessing.  There were also a few bunches in a bag that were not quite as nice, but could still be used.  So, I think I had about 50 or more pounds to work with.  Here’s what I did with them.