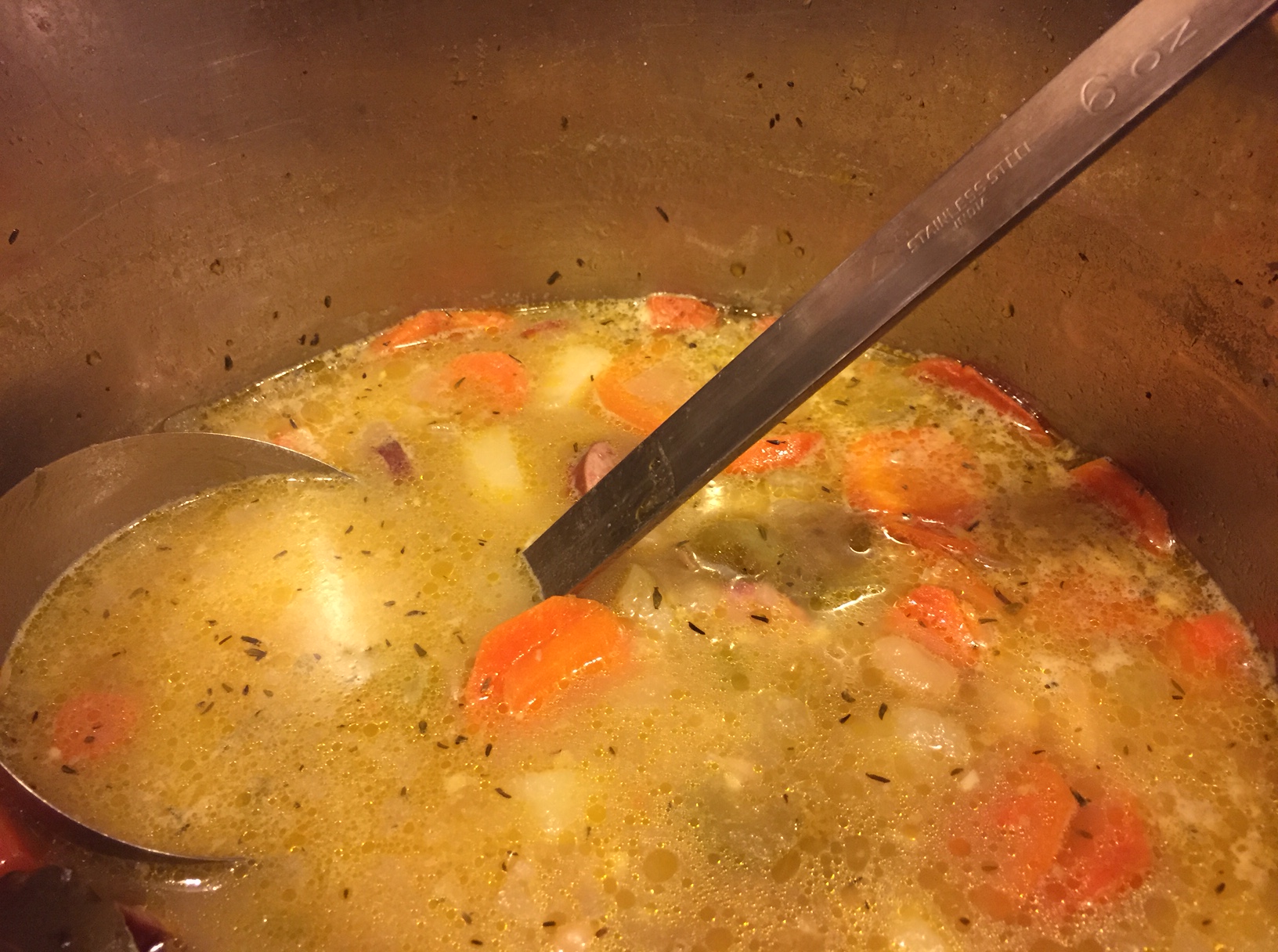 This week I got some help from the girls in my quest for frugality.  Lovana cooked dinner on Thursday for the family.  This kept us from having to get fast food.  She made white bean-sausage soup.  This is pretty close to what she did.

salt and pepper to taste

Salute the onion, carrots and garlic in a little bit of oil.  Add the remaining ingredients.  Bring to a boil, then lower heat to a simmer.  Cook until carrots and potatoes are soft, and the flavors are blended, 30 minutes minimum.  This soup can be simmered for much longer than that and the flavor gets better.

We ate this soup for dinner that night, and different family members had a bowl for  leftovers several times. 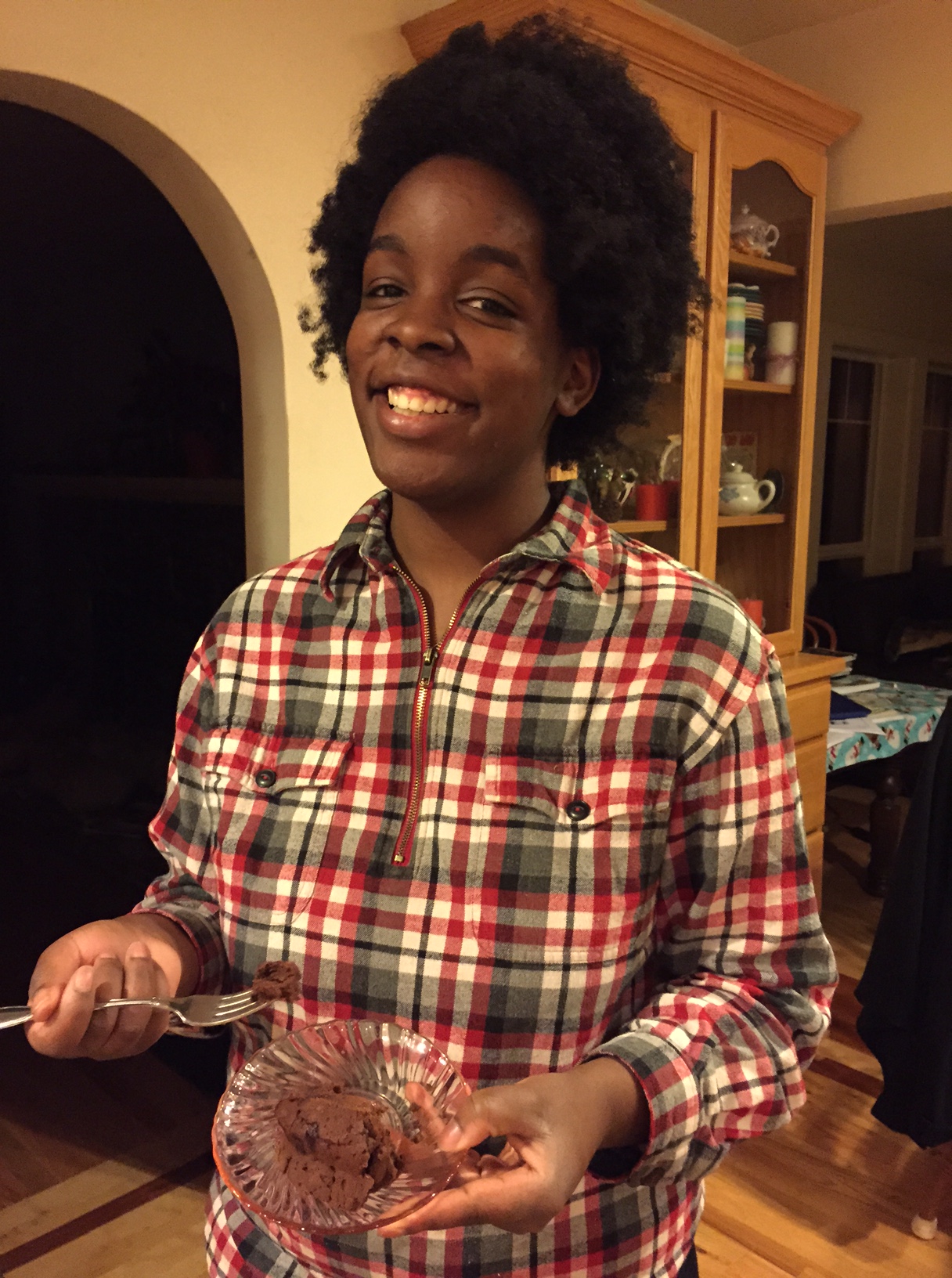 She also made a chocolate-banana cake with some of the bananas we received. She also made home-made Caesar salad, including the dressing.

Last week, we were given a 40-lb box of bananas, plus a plastic grocery bag full.  The box was in really good condition, and the bag needed to be used immediately.  Although this was given to us last Friday, we spent a great deal of time dealing with it this week as something needed to be done to preserve all of the bananas that were in the box.

We ended up making chocolate-covered bananas, frozen bananas (over 5 gallons), dried bananas–both plain and with spices and brown sugar sprinkled on them, and ate a ton of bananas.  We joke that we are going to turn yellow! 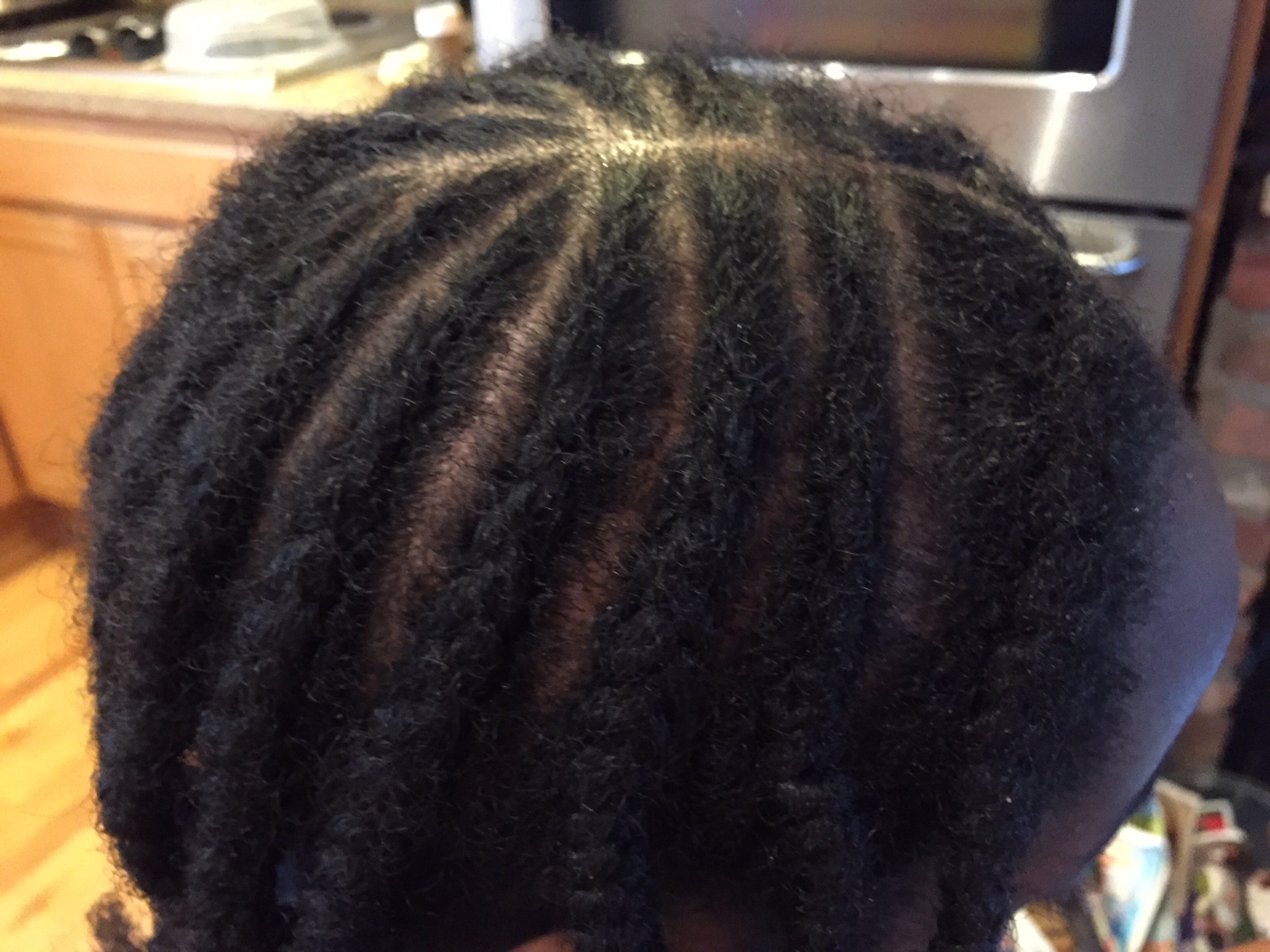 I did Ja’Ana’s hair.  I saved quite a bit of money doing it myself.  I’m not sure exactly how much I saved, but I know some people who pay between $65 and $100 to get their African-American children’s hair braided. I made sure to use extra conditioner, and to get her scalp  well-oiled.   This time of year, her scalp can get itchy and uncomfortable and the hair lotions help a lot.

Ja’Ana helped with the banana project. 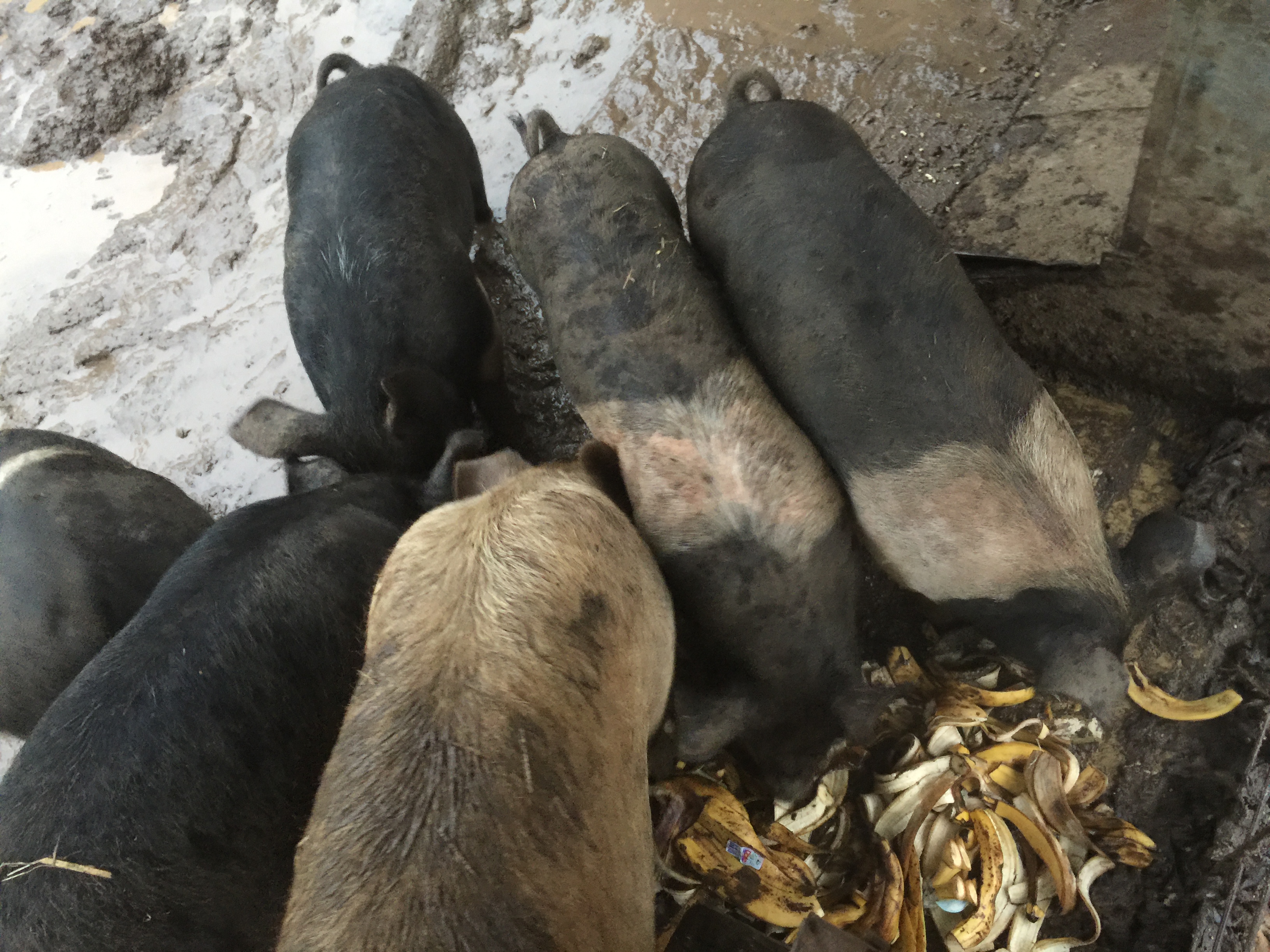 This sounds really strange, but Rob was able to return one of the baby pigs and get another one in exchange.  One of them turned out to  not be properly fixed and the lady that we bought it from traded it for a new one.  A non-fixed male pig does not grow up to be good pork, and we have no plans to breed pigs, so it would have been useless to us.  The new pig is much smaller, so we did lose some money on that, but we are still really happy that she exchanged this one.  Rob had a friend come over to help catch the one that was going back, and they had no trouble catching it with a lot of scraps I had saved for that purpose.

Ja’Ana was able to go on a retreat.  She had earned about 1/2 of the money needed, selling pies as a fund-raiser. 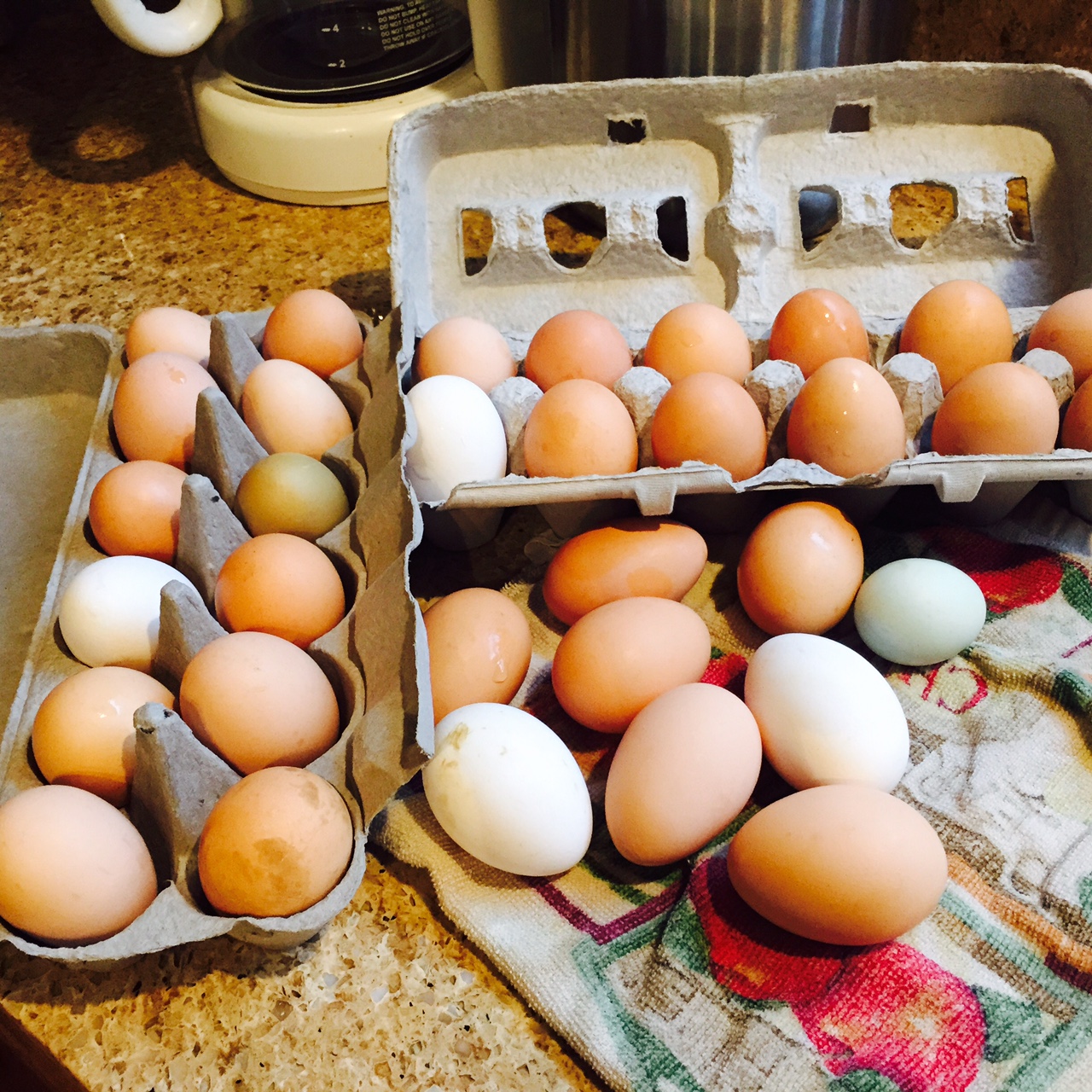 The chickens started to lay again, after taking a mid-winter break!

I helped my niece figure out how to shorten a skirt she wanted to make more stylish.  She has a plan now, after consultation with 2 aunties and a cousin at our family lunch today, and she will bring it back next Sunday if she has any problems.

My husband and I were able to have a date last evening.  We were able to use Foster Parent’s Night Out for babysitting.  We used a gift card, and although it did not cover the entire cost of the meal, it helped tremendously.