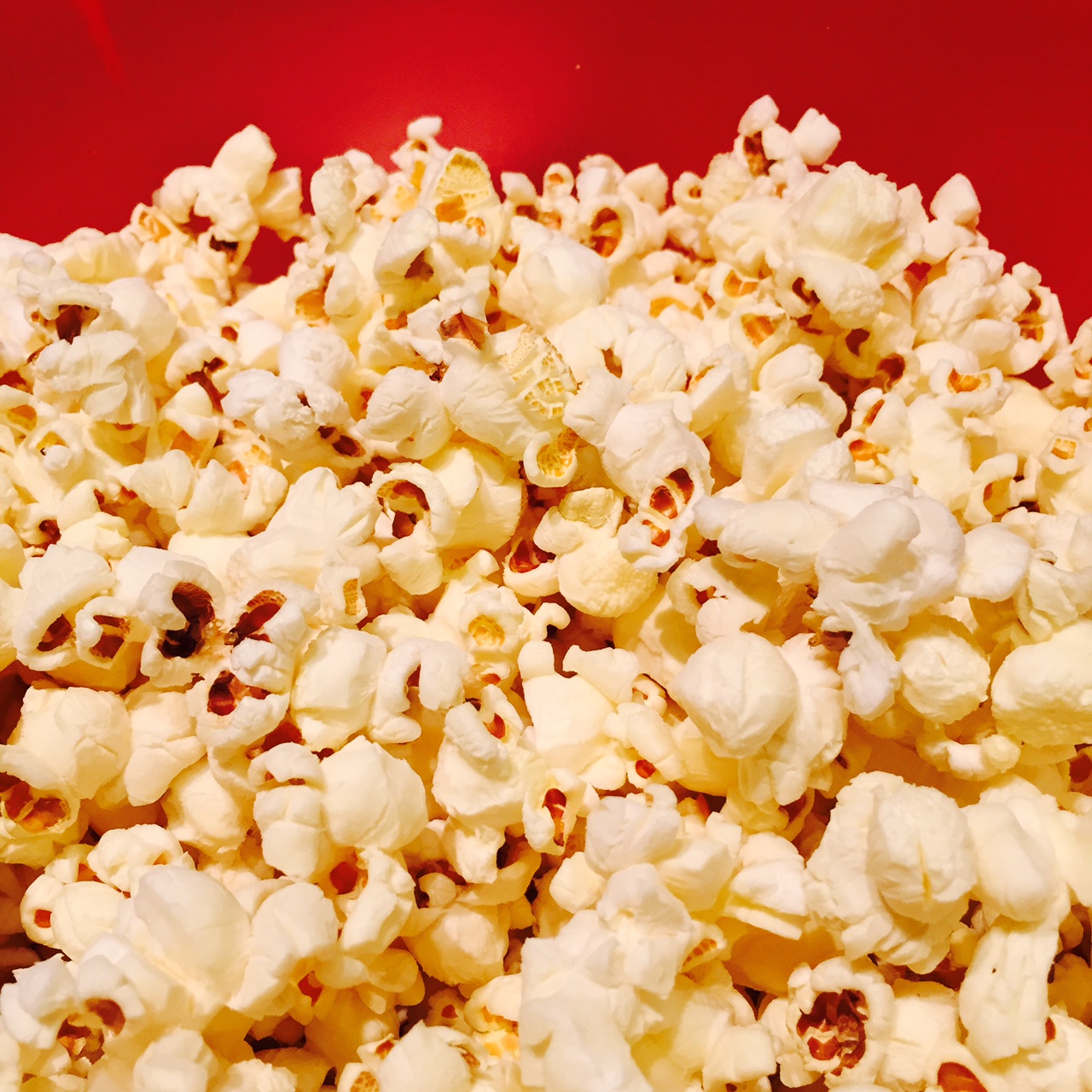 This week, I continued my project of deliberately using up items in my freezers, pantry and basement that needed to be used.  Some items are getting old, so I am specifically targeting them, and using other food storage to the max!

We had popcorn. I buy it by the 25 pound bag.  Mine is a few months old, so is in no danger of going bad, but it’s sure nice to have that crunchy, buttery treat on occasion.  I have a large plastic food-grade bucket I keep it in, then transfer a reasonable amount into a Tupperware container to keep in the kitchen cupboard.

I dug way back into one of the freezers.  I found 2 packages of steak from last year’s beef. One was t-bone and one was another kind–rib steak, I think.  I am thawing them in the refrigerator for our family Sunday dinner at my sister’s. We may add some marinade today and then Rob will BBQ them Sunday at her house, along with a couple of packages from her freezer. I like to use all old meat before the new to prevent freezer burn, but obviously missed these 2 packages. They came to light after I removed some other items from that freezer.  From that same freezer, I found an older loaf of gluten-free bread which I will make into crumbs today.  I also found a few more packages of peaches from 2014.  I thought they were gone.  So– you guessed it–Ja’Ana made another peach crisp. She just loves peach crisp and was very excited when I found those old peaches.   Yum!  These peaches were a little browned, getting kind of old, and really needed to be used, so we just added a little extra cinnamon and it turned out great.  We ate most of it for dinner last night–so no waste! 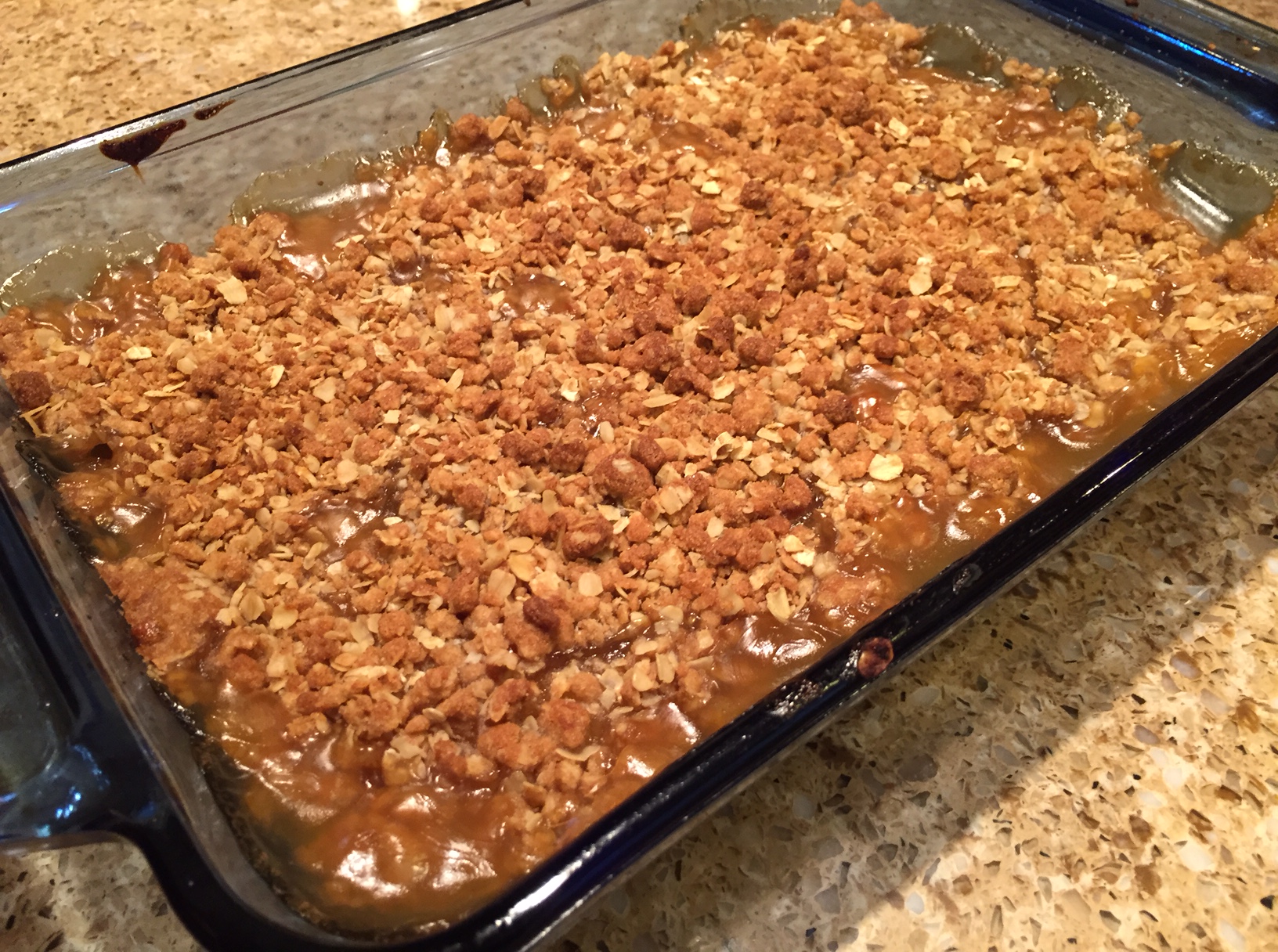 I made soup from some broth that didn’t seal when I canned it last week.  I also used some of the meat bits from when I made that broth.  In that soup, I also used some canned carrots, onions from my garden, home-canned tomatoes, the last of a celery stalk that was pretty wilted in the refrigerator drawer, and some potatoes that were getting pretty shriveled.  It came out great and we had it both Wednesday and Thursday nights.  There is still a little left.

We used green beans and frozen broccoli for our vegetables this week, along with the vegetable soup.  We also had salads several times.  At the beginning of January, we got a lot of lettuce.  We are just finishing it up now.  It was very reasonable at Costco and Cash and Carry, when we bought a 3-pack of head lettuce, or a 5-pack of Romaine.  I figure that we ate about 8-10 heads of assorted lettuce this month so far.  Those 2 kinds of lettuce keep a long time for me.

I was able to use up a head of cabbage from our garden that has been stored in the fridge for 4-5 months now.  I simply put the heads in plastic grocery store bags, and refrigerated them.  I have great success with using cold-storage with carrots and cabbage, and still have both.  However, they are getting to the point of needing to be used. 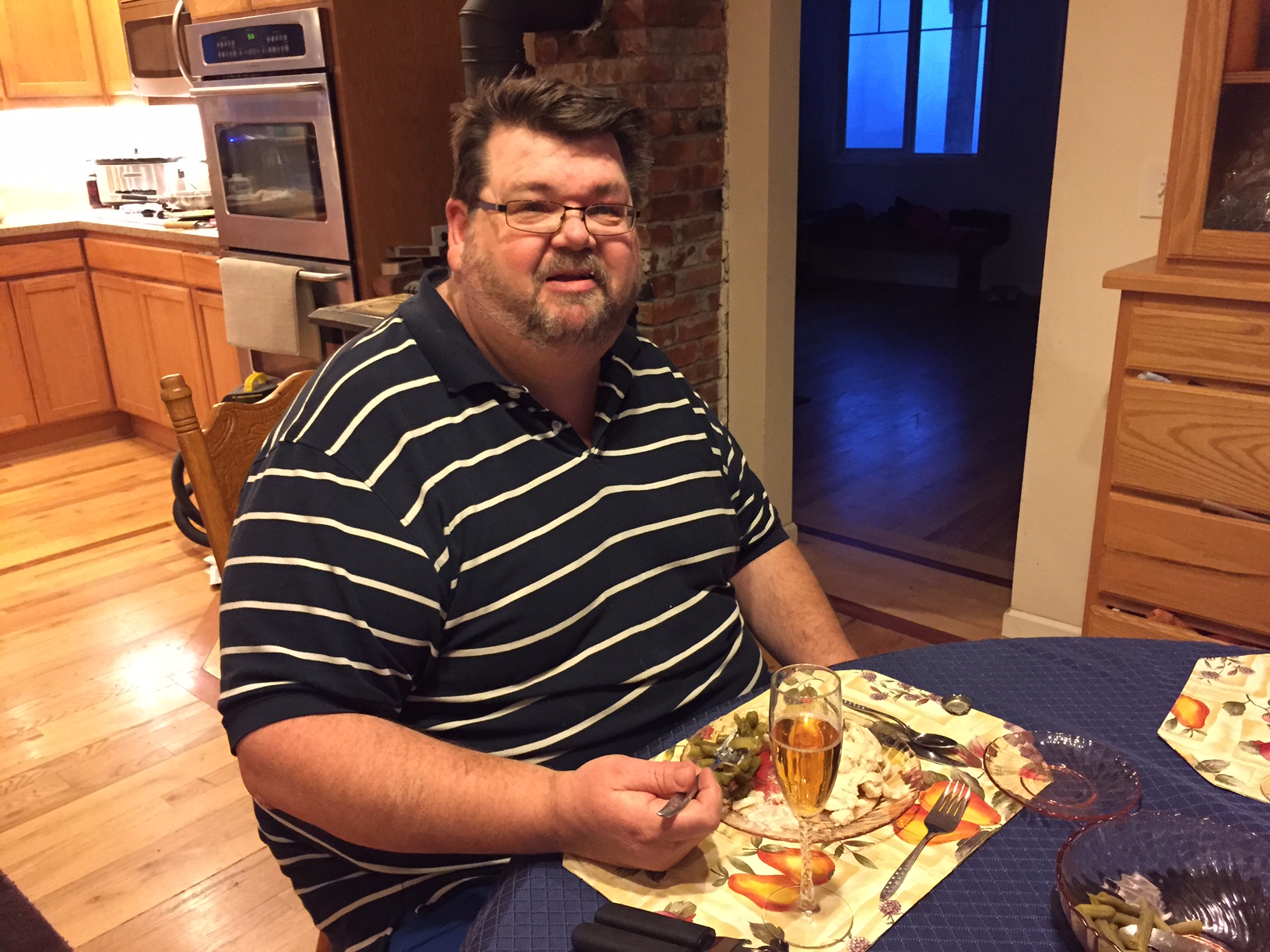 The big girls cooked twice.  Tuesday was Rob’s birthday and they made Chicken Fettuccine Alfredo, beans and birthday cake.  They got out the sparkling cider I had in the garage (also needing to be used) and made it into a celebration. On Thursday, we had leftover soup and Lovana made muffins and salad, and we had J’s peach crisp.

I am making progress with my project.  There are a few empty spaces on the pantry shelves and one of the freezers is starting to have quite a bit of empty space.  I promptly filled that space with some bread we were given, though!  (6-8 loaves)  I targeted that extra bread by making French toast one morning.  I made a lot and have been just having the kids warm it up each morning.  I am going to make another batch soon.  That space will empty quickly, because bread is so bulky,  and then I can see what is in the back and corners better so I can get it out of there.  The freezer that has the chickens and beef is starting to show some space.  Frozen bananas keep getting turned into smoothies (we’ve used at least a gallon in the last 2-3 weeks).

I will continue this project in February.  Now that we’ve decided to sell the house for sure, I have even more urgency to clear some of these items out so that we have an easier time moving.  I also want to be wise, though, and have plenty to use at our new place–so, as always–balance is the key.  In fact, we have pigs that will be pork in another month-6 weeks and will need room for that in one of the freezers.

I’ve decided to join in with Erika at The Make-Do Homemaker and try to keep the grocery shopping at $50/week.  I anticipate that there may be weeks when I can keep it even lower than that, as it is not uncommon for me to go a couple of weeks without shopping.  This week, for instance, we stocked up on cheese (5 -2lb bricks) because it was a good deal.  We also got some milk and a couple of other items.  The only 3 things on my list so far for the coming week are celery, Parmesan cheese and ground ginger.  I may need to add salad stuff, as we may run out.  Any extra $ will be saved for re-building the stockpile after we move.