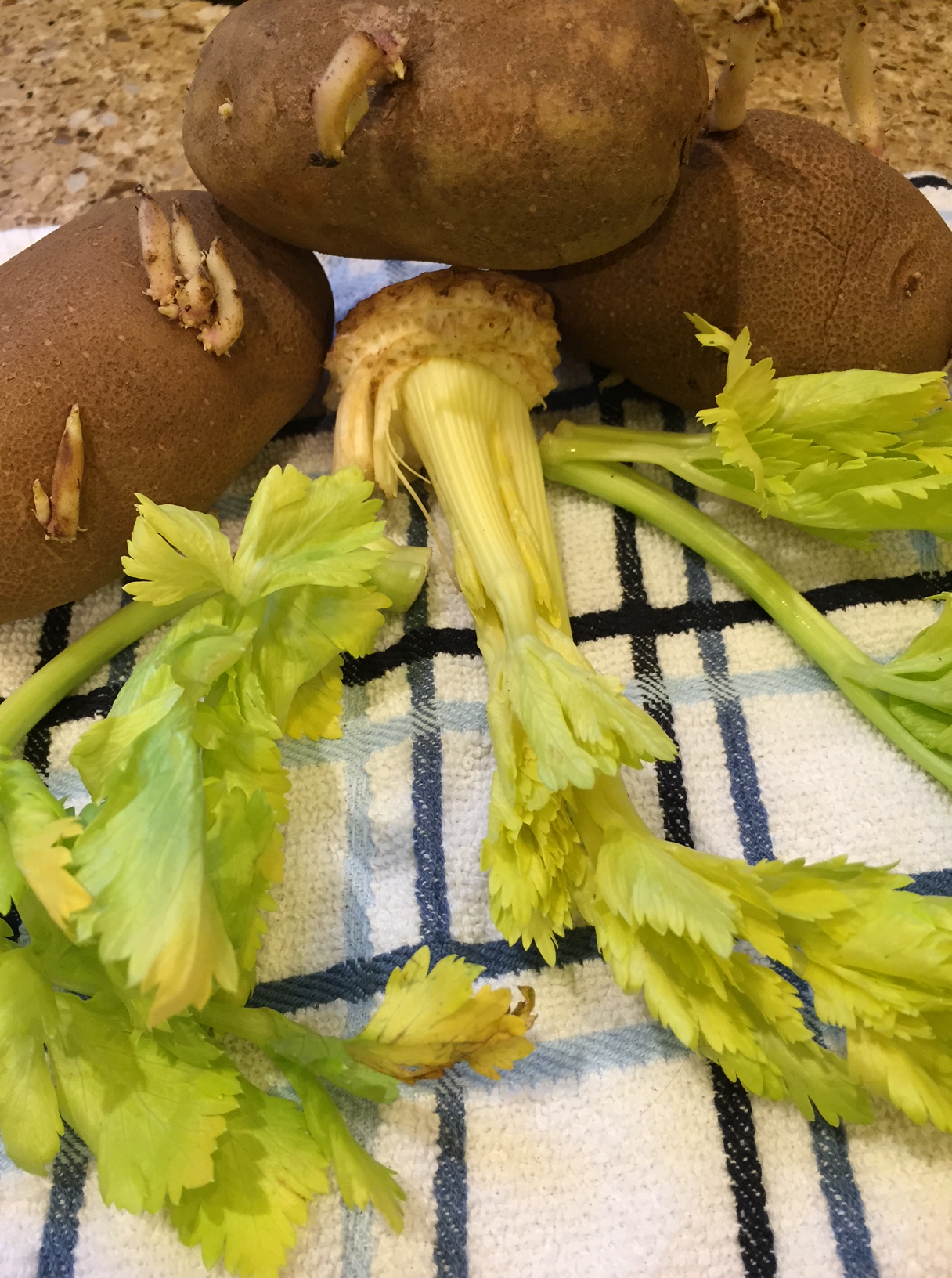 Yikes!  After having the inside of the refrigerator get melted while we were trying to fix its problem of icing up and stopping the fan, it looked awful, but kept working.  Until today…..  Unfortunately, it started icing up within a couple of days of its “fix” and by Wednesday we could hear the fan clicking on ice again inside the back panel.  By this morning, it stopped clicking totally, which happened last summer, leading to several hundred dollars of repairs.  The food I had placed inside was slightly cool, but not cold as it should be.  We had 4H today, and quite a bit of the food was slated for immediate use, so I put a lot of things into the garage fridge and made do today with a lot of running back and forth.  There seems to be a bit of coolness in the produce drawers, so I left the lettuce I got last night in there.  Hmmmmm.  Tomorrow, I will work on emptying the freezer into one of the ones in the garage, and I think that fridge is going  away soon.

Then……a few nights ago, my popcorn popper made a strange noise and stopped working. After fiddling with it for a while, we determined that it was dead.  So, I used up my popcorn popper this week as well. 🙁 I did make popcorn in a pan on the stove one time.

Frankly, this was not exactly what I had in mind for my use-it-up project, but we will survive and get all of that figured out.  It’s part of life.

I did use up the celery and potatoes I pictured above.  There were quite a few potatoes starting to sprout, so I took off the sprouts, peeled them, trimmed the brown pieces off the celery leaves and stalks I had been saving from when I made celery sticks, and some frozen clams and made clam chowder.  I also used some milk I had purchased on a really good sale and had been storing in the freezer.  The clams were frozen in recycled plastic cartons after I used 1/2 of a very large can of clams I had (think old lunchmeat container, cottage cheese carton, etc.–I do that a lot with things).  I feel a sense of satisfaction when I turn food that looks “bad” into something delicious that is eaten eagerly.  I had to pry the clams out of ice–they were frozen to the shelf–a feel-good moment when I got those used! 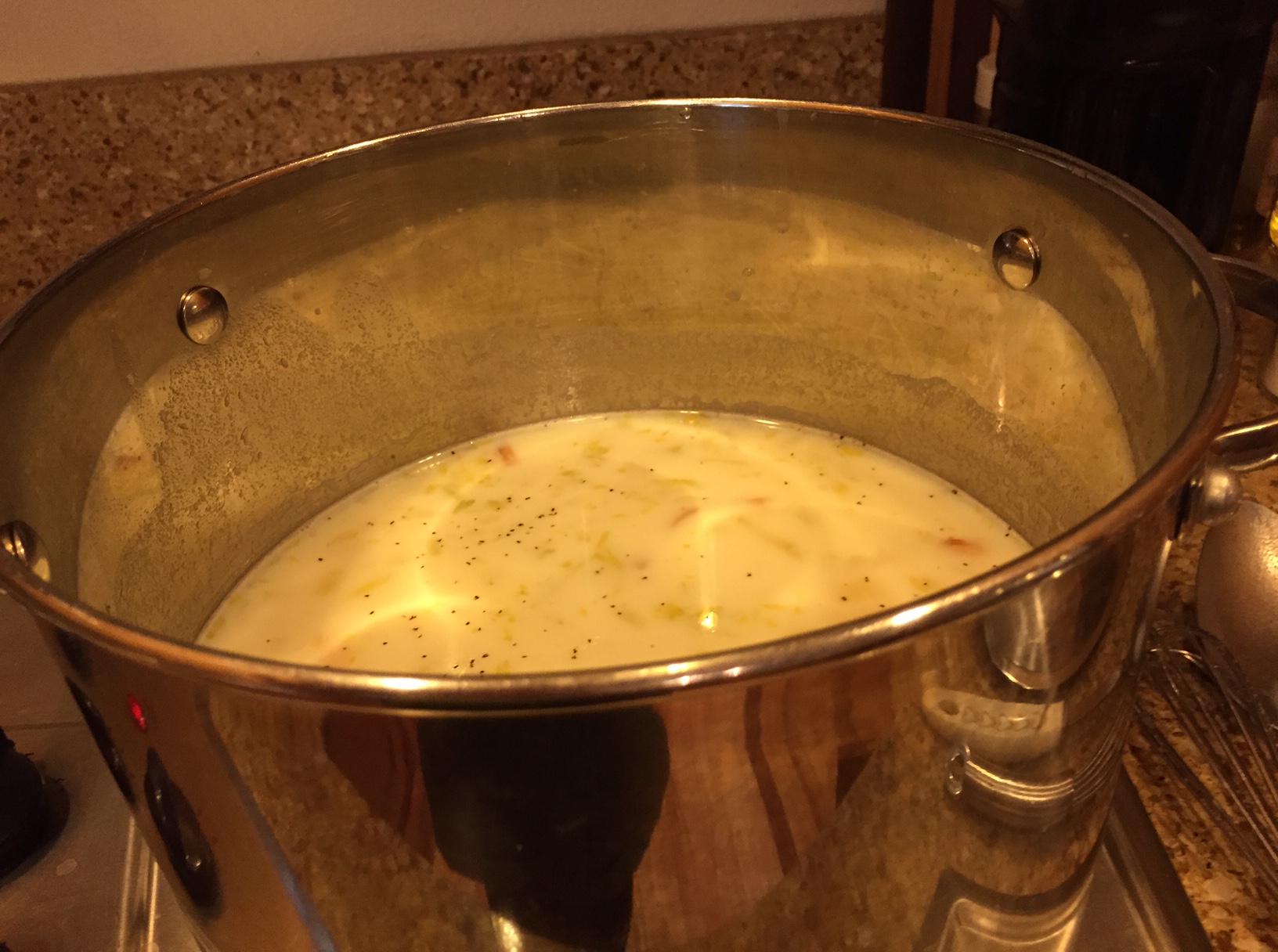 We had 4H today.  I planned the recipes around my pantry and freezers and cupboards.  I used canned beans (several assorted), frozen chicken and hamburger, onions from my garden, home-canned tomatoes (several pints), tomato sauce and paste, and a bunch of other foods.  I had to buy a few things, but not many, considering we made 9 recipes.

Rob used some freeze-dried peas and spaghetti we had been given a few years ago in his outdoors class.  He showed the kids how to re-constitute them with hot water, and sent them home with peas to make at home.  He told them how that kind of food could be used camping or in an emergency.  He also helped them make home-made instant oatmeal packets for camping or home use. 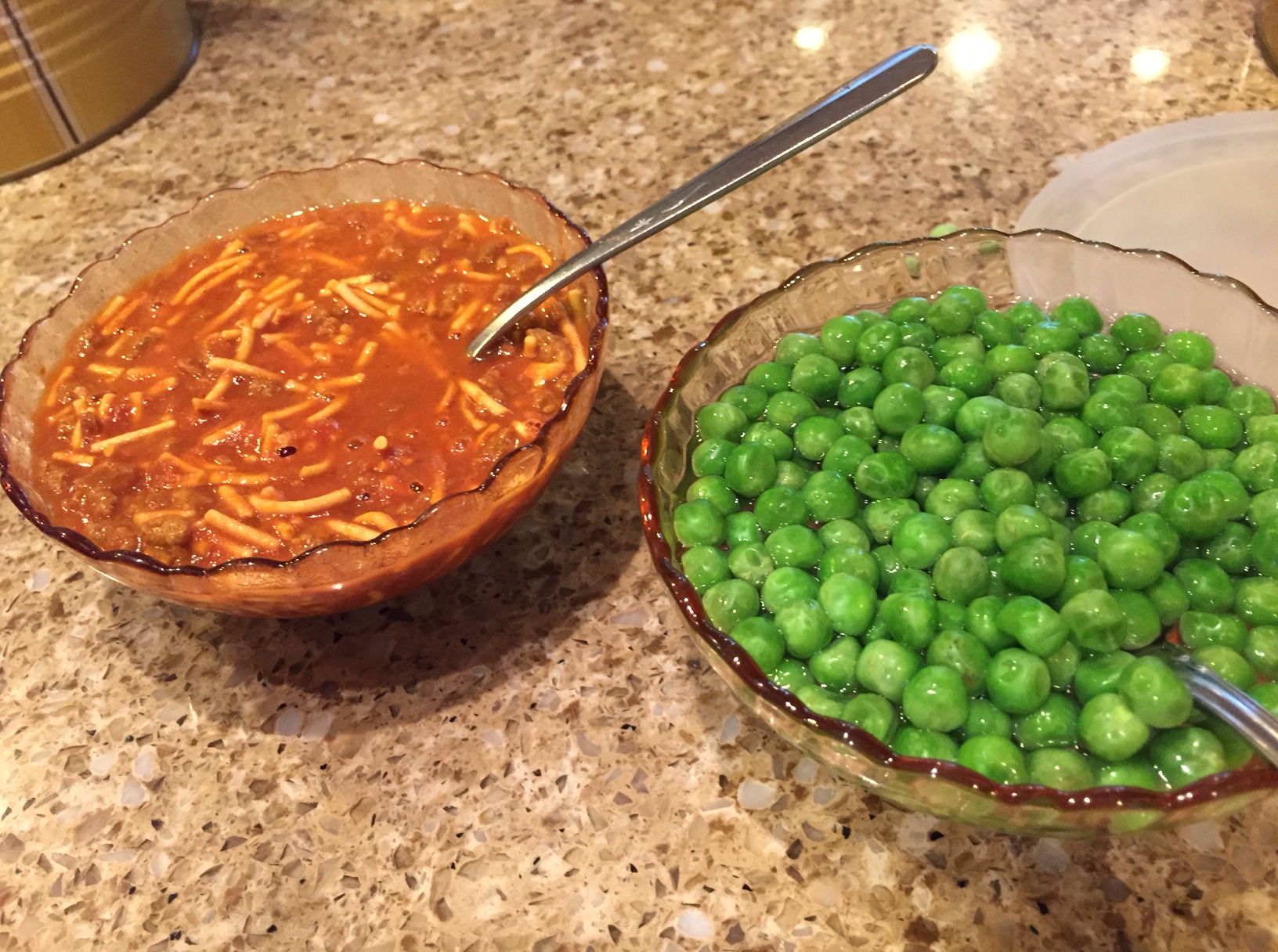 I used up a lot of assorted noodles from several bags.  We used a couple of jars of juice that were on a bottom shelf in the back and had been un-noticed.  I used some gluten-free pancake mix that had been around a long time.  I kept working away at veggies, fruits and bread products from the freezers.

I’m happy to report that I will be making hamburgers at my sister’s house on Sunday.  There are lots of buns that we were given a while back, and that will create even more space in the freezer.  I’m going to need my newly cleared space for the food in the freezer below the fridge that clearly needs to be emptied.  The freezer has a different fan/motor/system than the fridge, so it still works fine and the food is still frozen.  I just think the more things that are out of the house, the better, with the upcoming move.