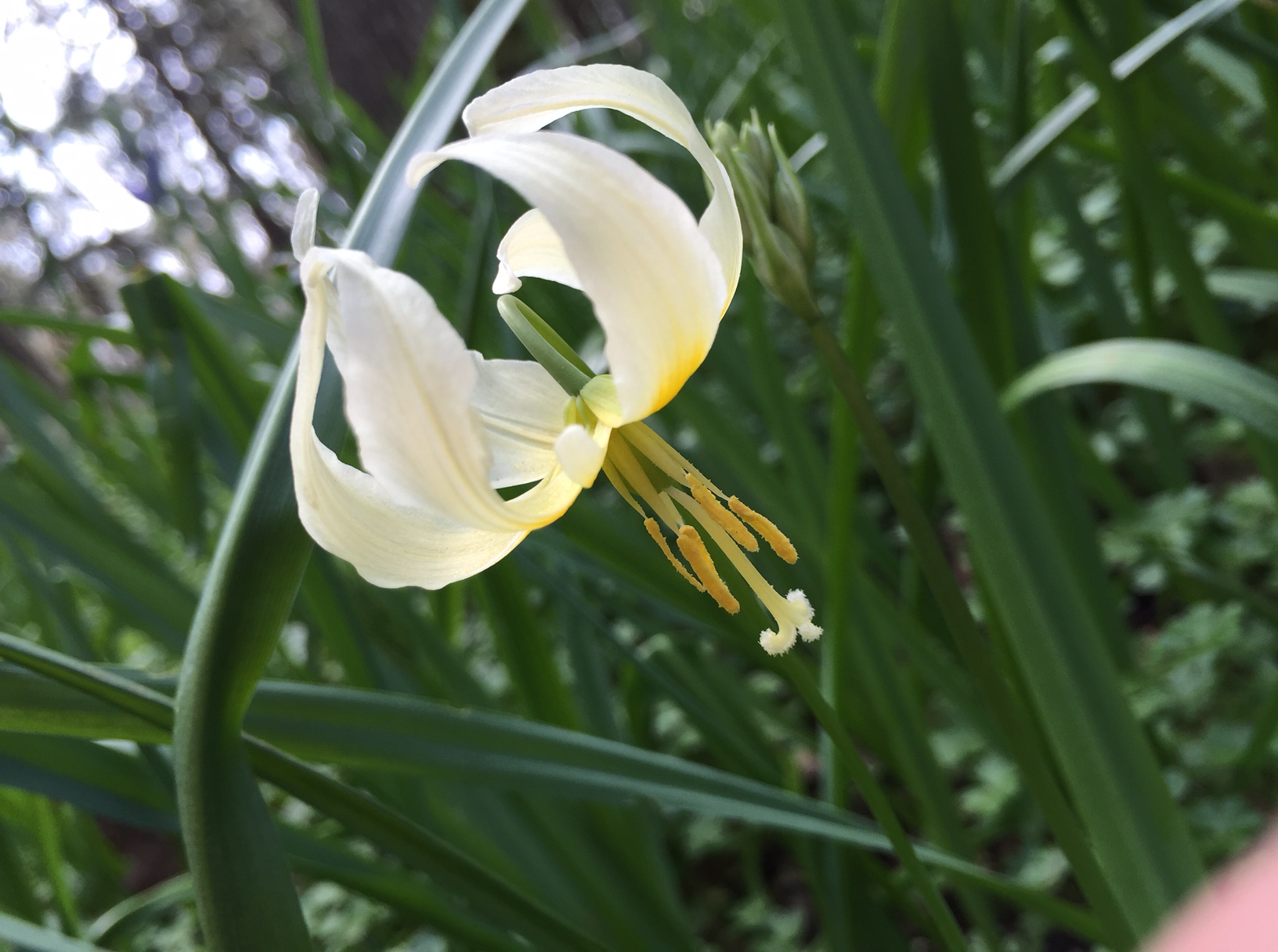 Patsy took this picture of a Fawn Lily in a park where we took her and 2 cousins.  After we got home, we spent a bit of time identifying it, using books and the internet.  She photographed other flowers, too, and we’ve identified 3 so far.  She seems to be showing in interest in both flowers and photography.  Those would both be good, frugal, useful hobbies for her to pursue, I think, so I want to encourage her. 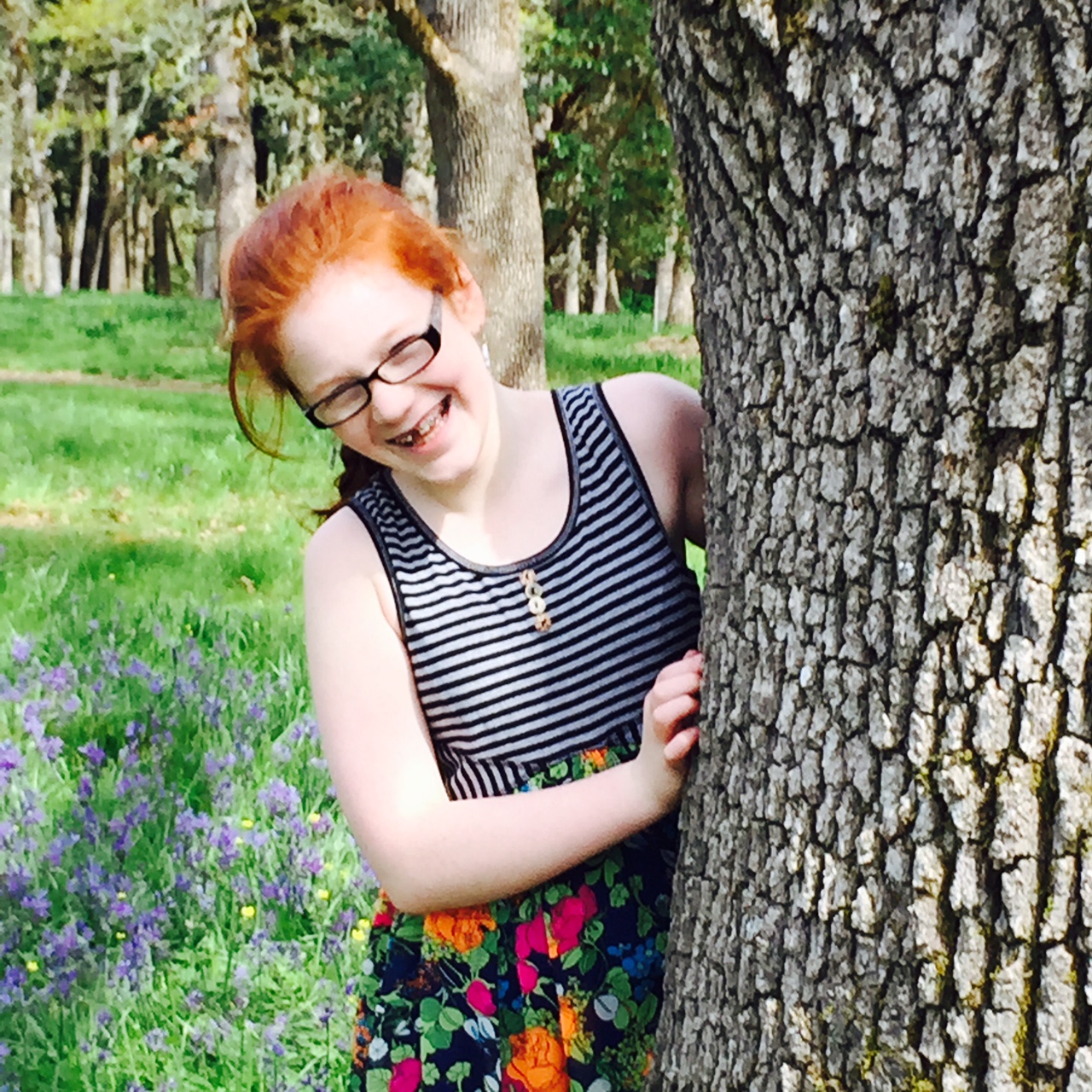 I was able to capture this photo of her in a field of Camas flowers.  There were many, many of these flowers growing wild. 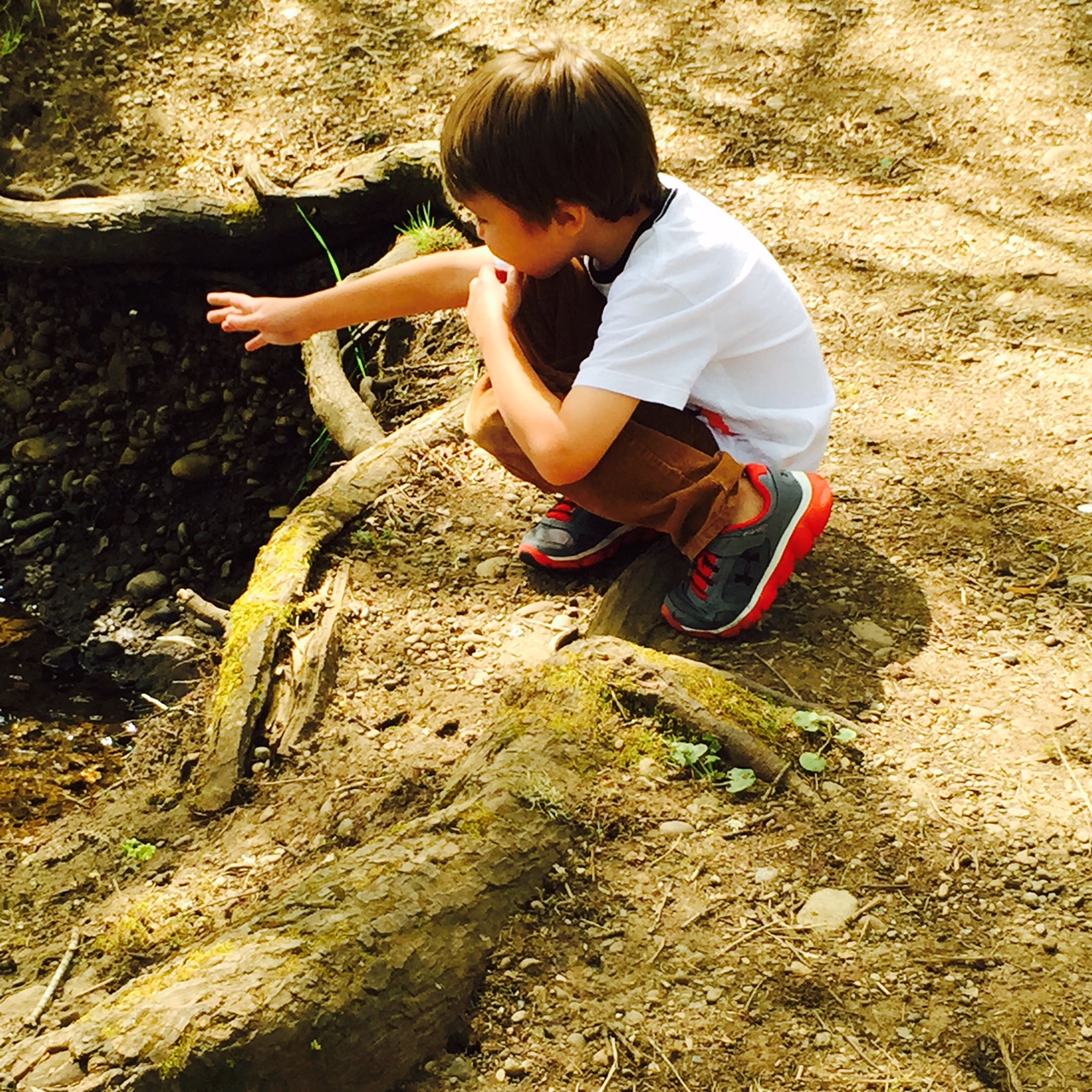 Jake spent a bit of time throwing rocks into a small stream at the extremely large park we went to. Patsy waded, but it was too cold for Jake.   This park  had several play-sets, a baseball diamond, a track for some kind of derby-car or other kind of racing, and trails criss-crossing  and surrounding it.  We were using up some time in a fun way while waiting for Ja’Ana and cousin Alissa to attend a church youth event. I air-dried some gluten-free bread that we found when my sister and I organized the freezers on Tuesday.  After it was dry, I was in a big hurry to get crumbs because I was cleaning frantically to get ready for a house showing.  I just put the bread into a Ziplock and pounded it with my meat mallet.  The first bag got holes punched into it–not from the spiky part of the mallet, but from the dry bread itself.  So, I just transferred it into another bag, and was done in a jiffy.

I cooked every chance I got this week and was able to eat at home most of the time, using the pre-cooked food when I was in a hurry. I packed my lunch for work. We took one picnic with us one time during a showing.  Good thing, too.  Those people stayed at our house for about 2-1/2 hours, so we would have either been forced into eating out or would have been very hungry.  We don’t want to discourage anyone from looking!  While we were waiting for them to leave, I was able to work on my crocheted dish cloth I am making from some cotton yarn I found when cleaning and sorting. 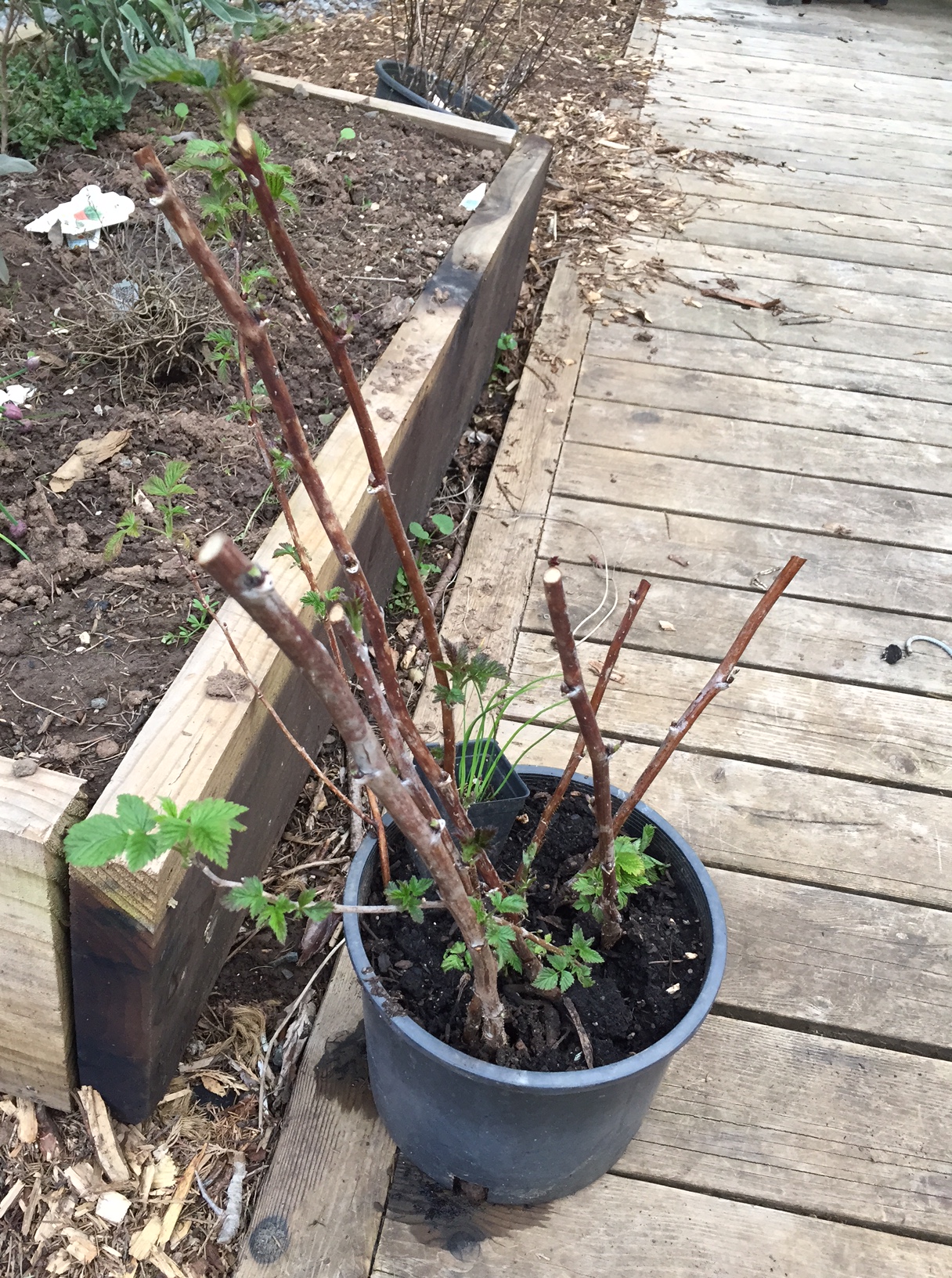 I dug up about 10 raspberry plants and put them in a pot with compost.  My aunt has offered to keep them at her house under her automatic sprinkler while we are in transition.  This will be enough for a nice raspberry patch where ever we end up, and they will multiply over time.   There is also a little chive plant in a tiny pot that will hopefully make it, too.

I used many frozen items from our freezers and many items from my storage to make meals.  We bought Tillamook cheese for  $5.49/2 lbs. several times.  We bought butter for $1.99/lb last week, several times, as well.  Milk was 99c/1/2 gallon last week, so we got a few of those, too.  I bought lettuce in large packages from Cash and Carry today, a large bottle of ranch dressing and some lunchmeat. I used a $10/off $50 at Safeway and got produce, laundry soap, and a few other things.

We used the library more than usual the last couple of weeks.  It is  a handy, free place to go when the house is being shown.

The transmission has gone out on one of our cars.  Our mechanic friend is looking for a used one, which will help with the cost.  In the meanwhile, boy am I glad Patsy and I cleaned the Camry up so well last week!  I’m double glad my nephew fixed it up so it runs.  It is much more pleasant to drive than it was.  She really got into the project on one of these very warm days we have been having and washed it.  I’m sure it doesn’t know what hit it after being neglected for so long:)