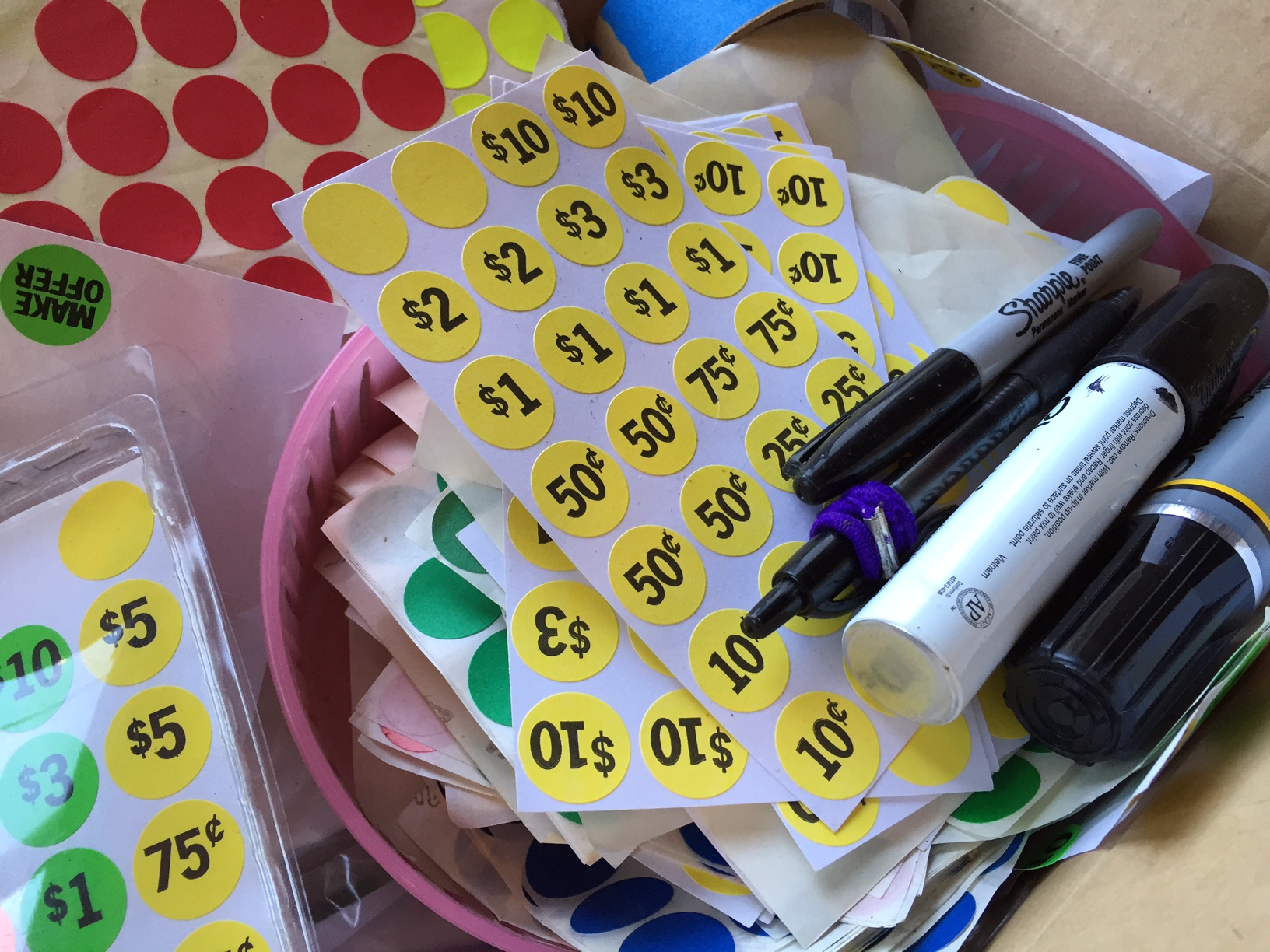 Recently, we had a huge barn/yard/tool sale.  We made a lot of money.  I wrote about all of the things we were able to buy with the money, and what a blessing it was to us here.

A reader asked me if I would write up some tips that helped us do so well.  So, I picked Rob’s brain, since he is actually the one who knows all of the tricks and tips for a successful sale and did most of the work for this, and most, sales we have.