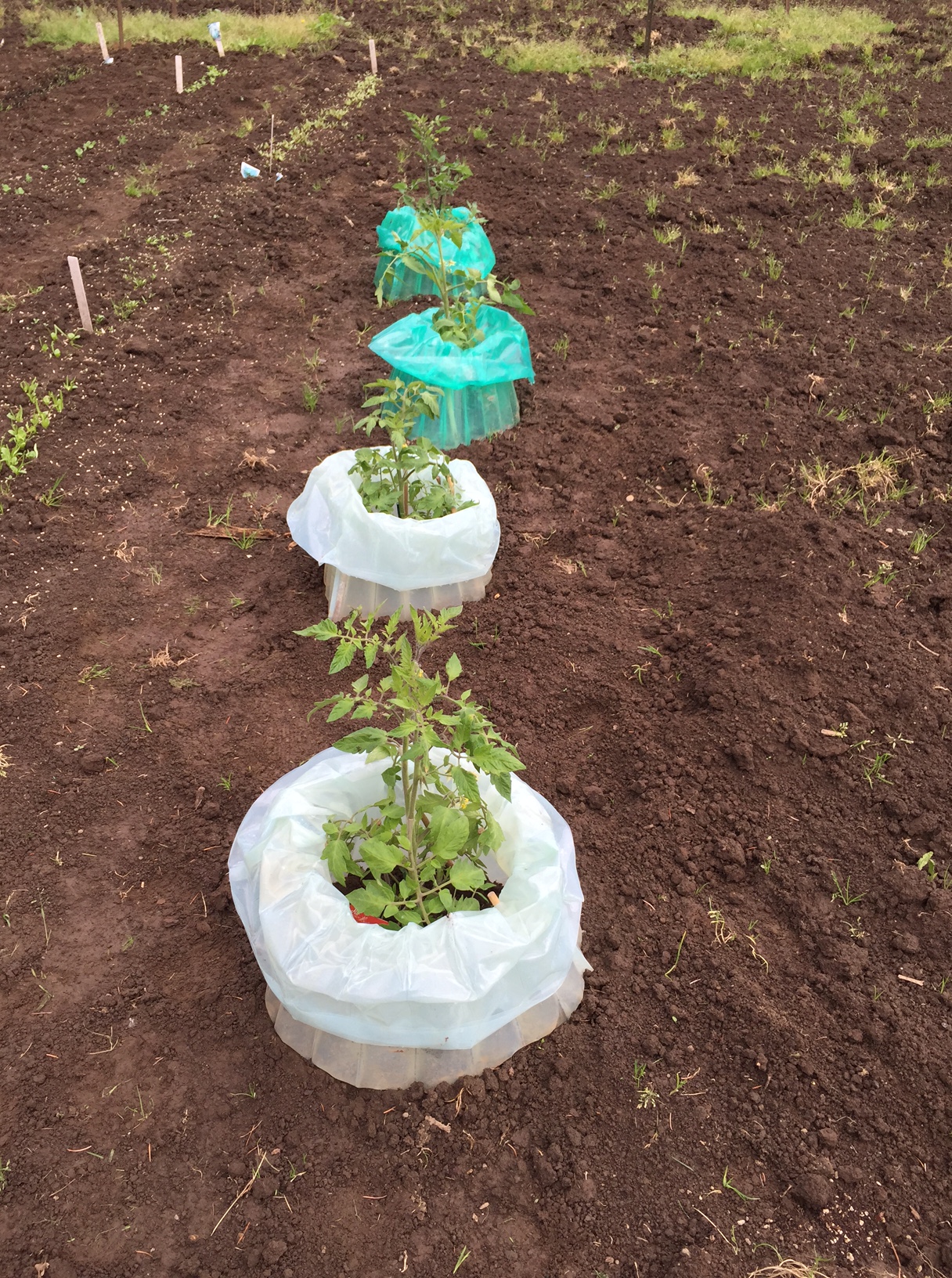 The walls of water did their job so well that they were crushing the tomatoes that were trying to grow up and out of them.  We let a little water out of the walls a couple of times.  This morning, I emptied them about 1/2 way and folded the tops down.  I will remove them entirely next Saturday and re-use them for peppers.  It’s just been unusually warm this spring.  Normally, we would probably leave them on longer.

Patsy planted a few marigold seeds in the dirt.  You may see one little sprout we think may be one that came up.  The rest didn’t.  I put a bunch more seeds in the ground, but Rosalie (my sister) had these 3 extra marigold plants.  Last week, we planted them in the same place Patsy had planted her seeds.  Today, it was so cute and funny when she saw our surprise.  At first, she thought her marigolds grew 🙂 but soon realized that it was not possible for them to be so big so soon–it was fun to see her face at first, though! 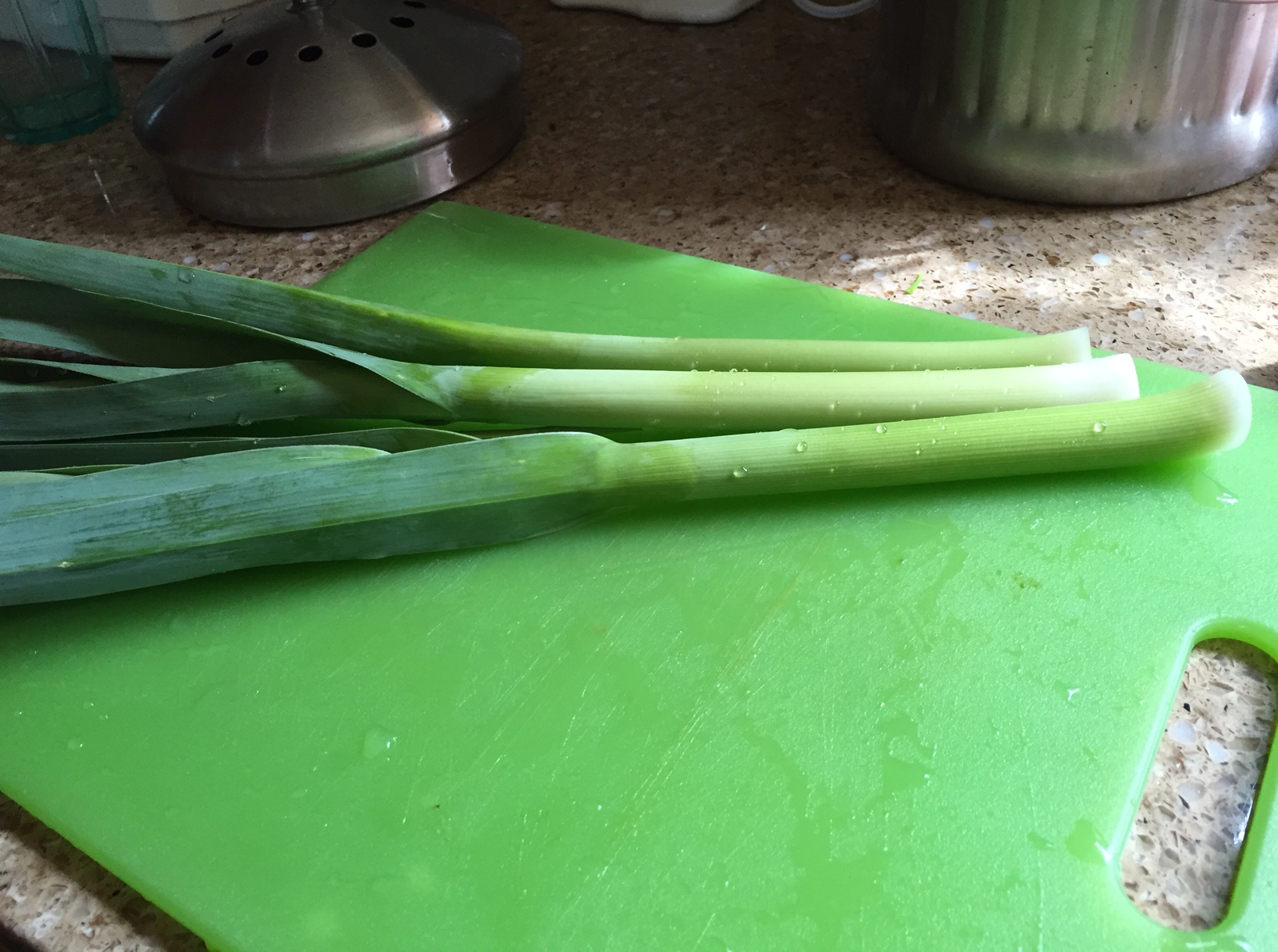 I had planted a few leeks last summer and they over-wintered.  I used 3 of them in a potato leek soup. 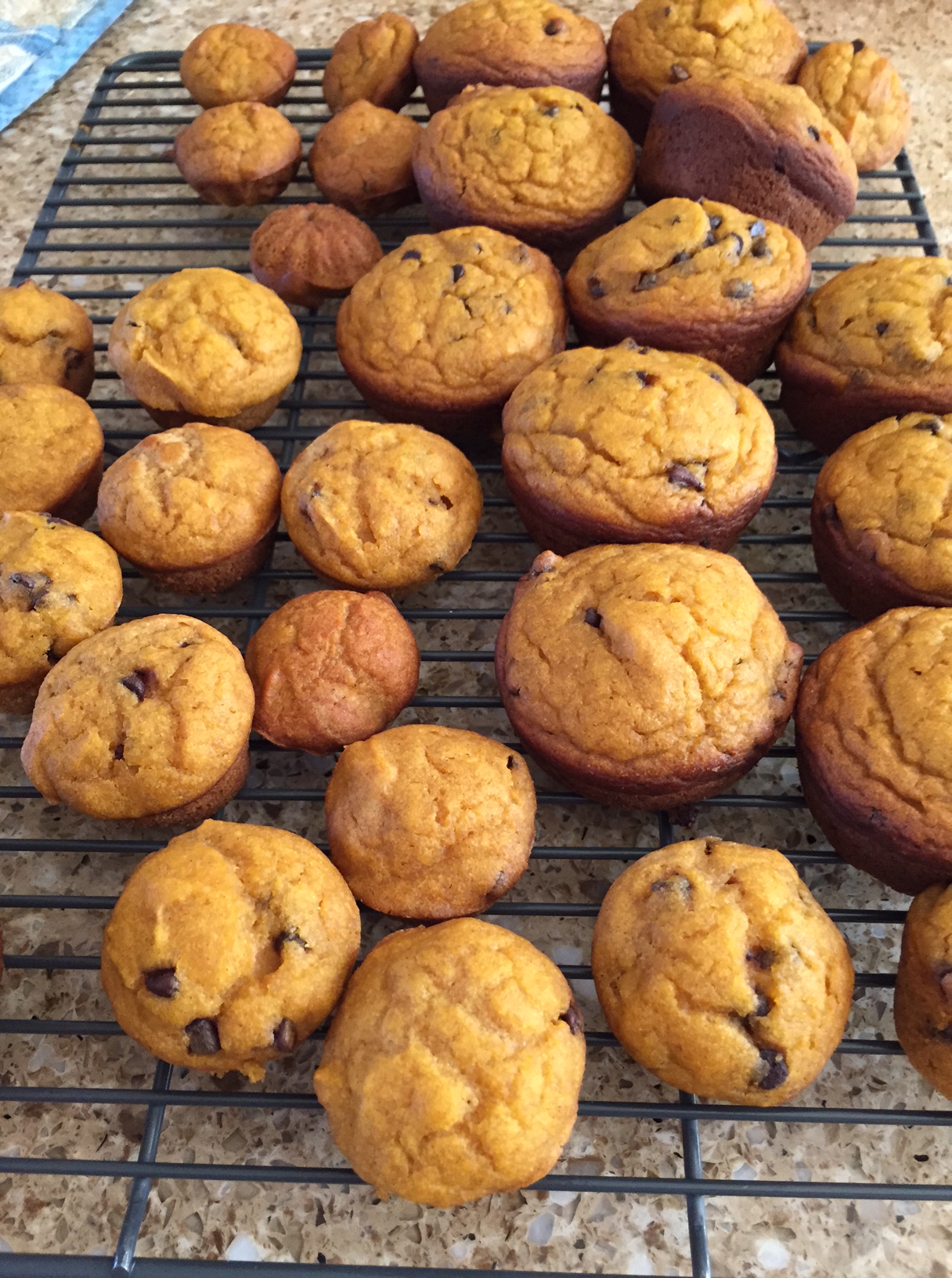 I made gluten-free pumpkin muffins from frozen Sweetmeat squash.  We ate some and I froze some for later.

We hauled several more loads away from this place.  Outdoor items such as gas cans, tools, firewood, chain saws, etc. went  to my brother-in-law and sister’s house.  We have the firewood finished, I think, and the heavy shop tools are now all over there; we took the ATV and a huge load this morning.  The people who were given permission to cut firewood here have almost finished the huge pile of logs and have taken the wood away.

We dismantled 2 huge tables I use for sewing and Rob and Patsy hauled them down to the storage unit with a load of boxes.  They were reassembled and one was stacked on the other.  Lots of stuff can be stored, using that as an extra strength supporter so our boxes won’t collapse, at least not there!

I had an emotional week.  It was the last week I am going to teach piano for a while.  I taught Monday and Wednesday and we had a recital Friday night.  It went very well.   It is really hard for me to say good-bye to the kids, some of which I’ve taught for 6-8 years or so.  However, I am excited to have the extra time to really tear into this house on Monday.  I received many nice cards and gifts, and there were many hugs and tears.  The frugal part of all that is the excellent price I got on the church I rented for the recital.  It was nice of them to set the price so low.

I did some clothes shopping.  Patsy is going to need all new things over the next little while.  She can hardly cram into her clothes right now, and everything is super-short.  It makes sense.  She has been in the same size since she moved in, actually she has lost weight and shot up, so it made the clothes last a long time.  Ja’Ana and I went, as I was tacking it onto an appointment J had.  I got several things for Patsy.  My favorite bargain was the nice pair of jeans for $7.57 (ish) at Macy’s.  I was able to afford 1 pair of shorts, a sweater, a couple of tops and a couple of pairs of leggings, under-shorts (knit) to make her current skirts last a little longer. She does not fit into the kids section anymore.  We had to move up to juniors and I have to watch that the necklines because she is still not very tall.   I got J and Patsy dresses for $10.97 each at Forever 21.   I rarely shop there, so hope they hold up.  I hope to find some shorts at a yard sale or a thrift shop, but don’t know when I will have the time to do that.  I am also hoping to sew a couple pairs of plain shorts and a skirt or 2 once I get into the camper.  I am hoping this gets us though for now until after the move.

Rob sold a few more items left over from the sale.

I watched library movies and read some books from there..