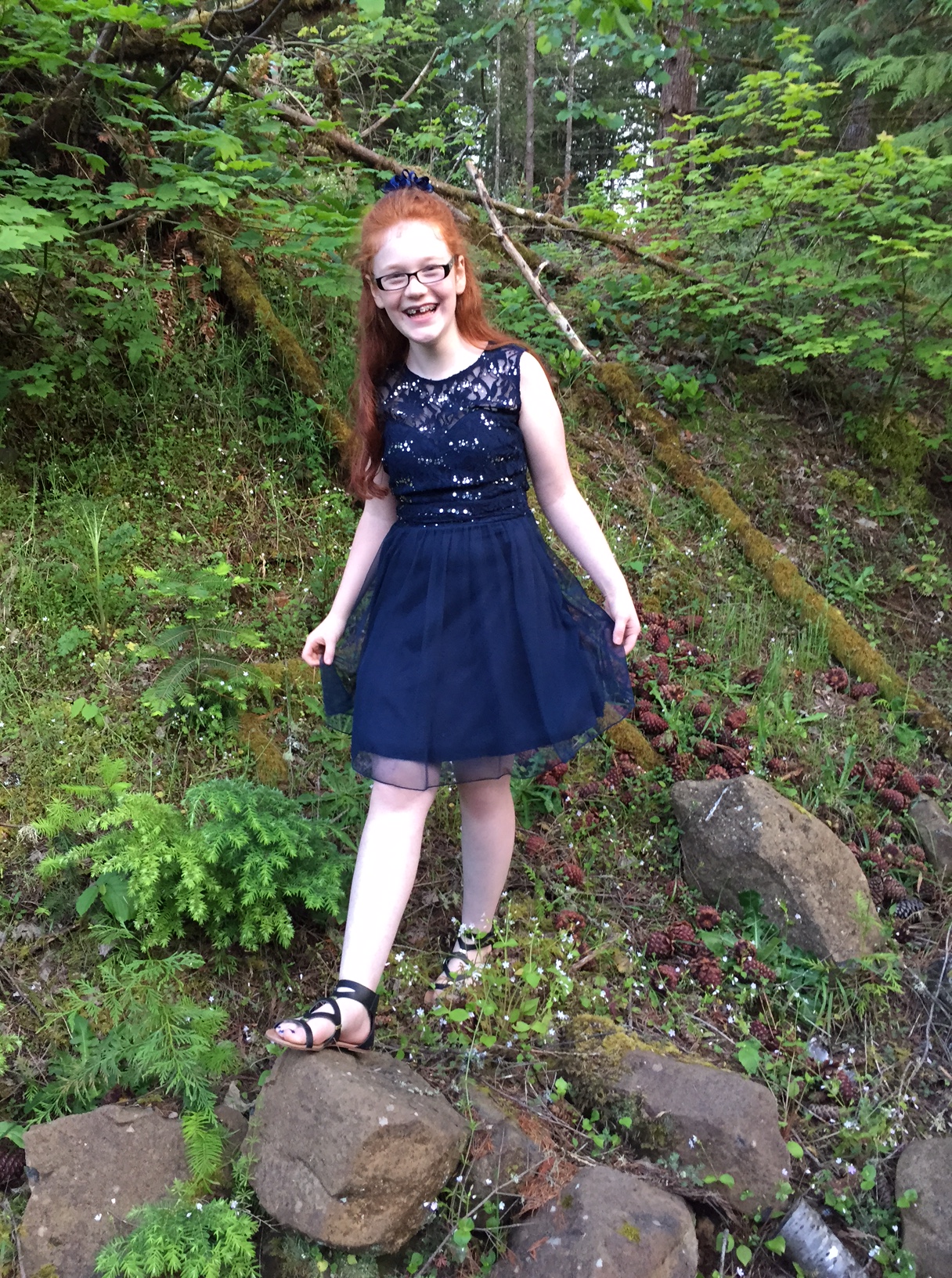 The big day finally arrived!  On May 17, 2016, everything was officially signed, sealed and delivered and Patsy finally became Patricia Rachel Mae!  We will still call her Patsy, but as is tradition after 8 adoptions, the adopted child gets to choose his or her new name.  We always call them the same thing they have always been called, but several of them have chosen “longer/bigger” names and sometime go by them when they are grown.  They choose a family middle name beginning with “R” and keep, add or discard as many other middle names as they wish. 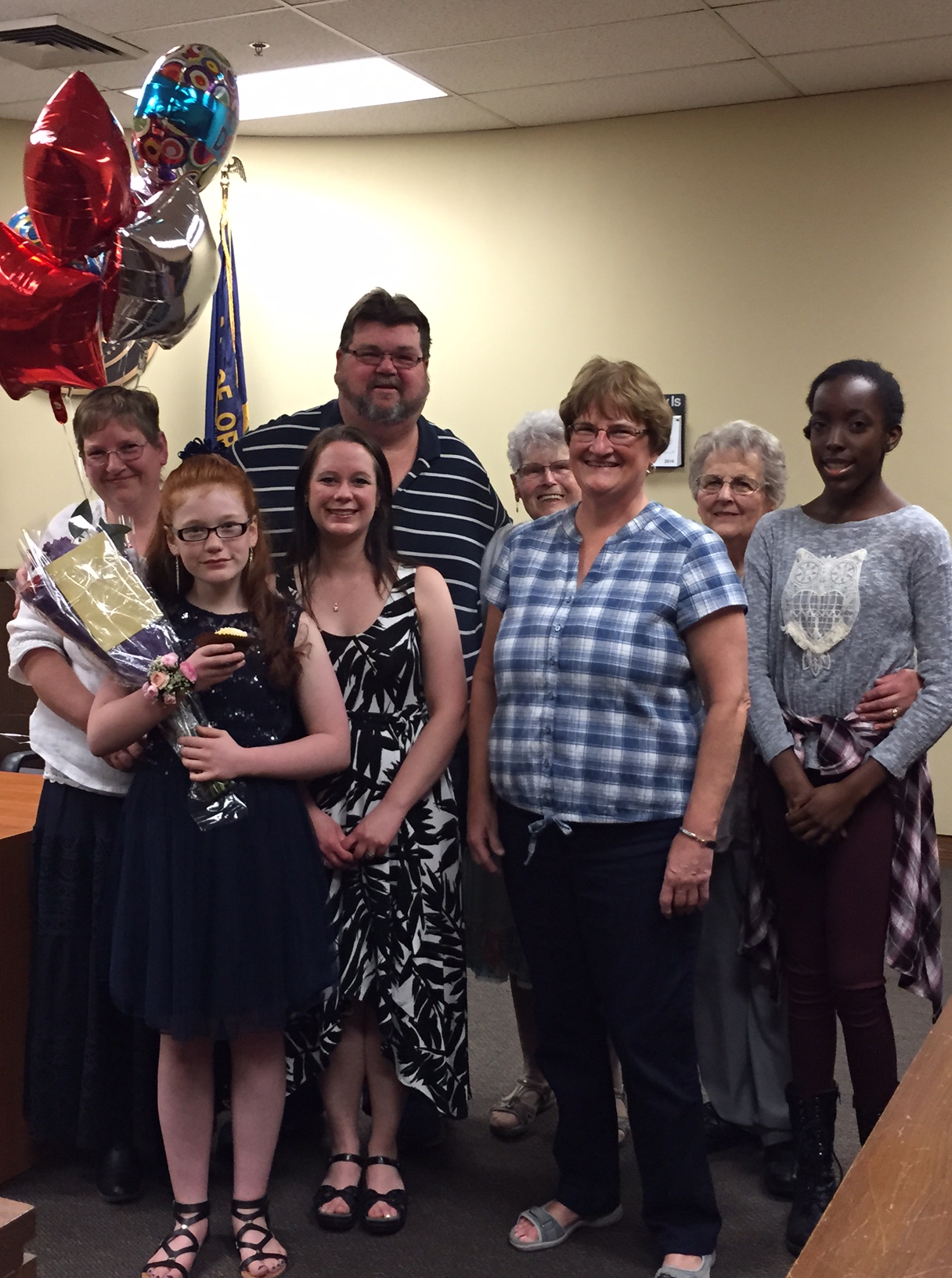 Several of the family were able to come, even given the short notice.  Patsy was showered with gifts.  Her caseworker, Nicole, brought flowers.  The lawyer from the DA’s office brought balloons and cupcakes.  Her CASA worker was there, as was her former SSA/driver.  They were so happy.  This is a happy ending for them, too.  They have all worked so hard for years on Patsy’s behalf, and we are so grateful.   Both grandmas, Aunt Janet, and Auntie Abbie were all there.  The ones who had to work were sad, but we will have a root beer float party later for both Patsy and cousin Jake, whose adoption will finalize soon. 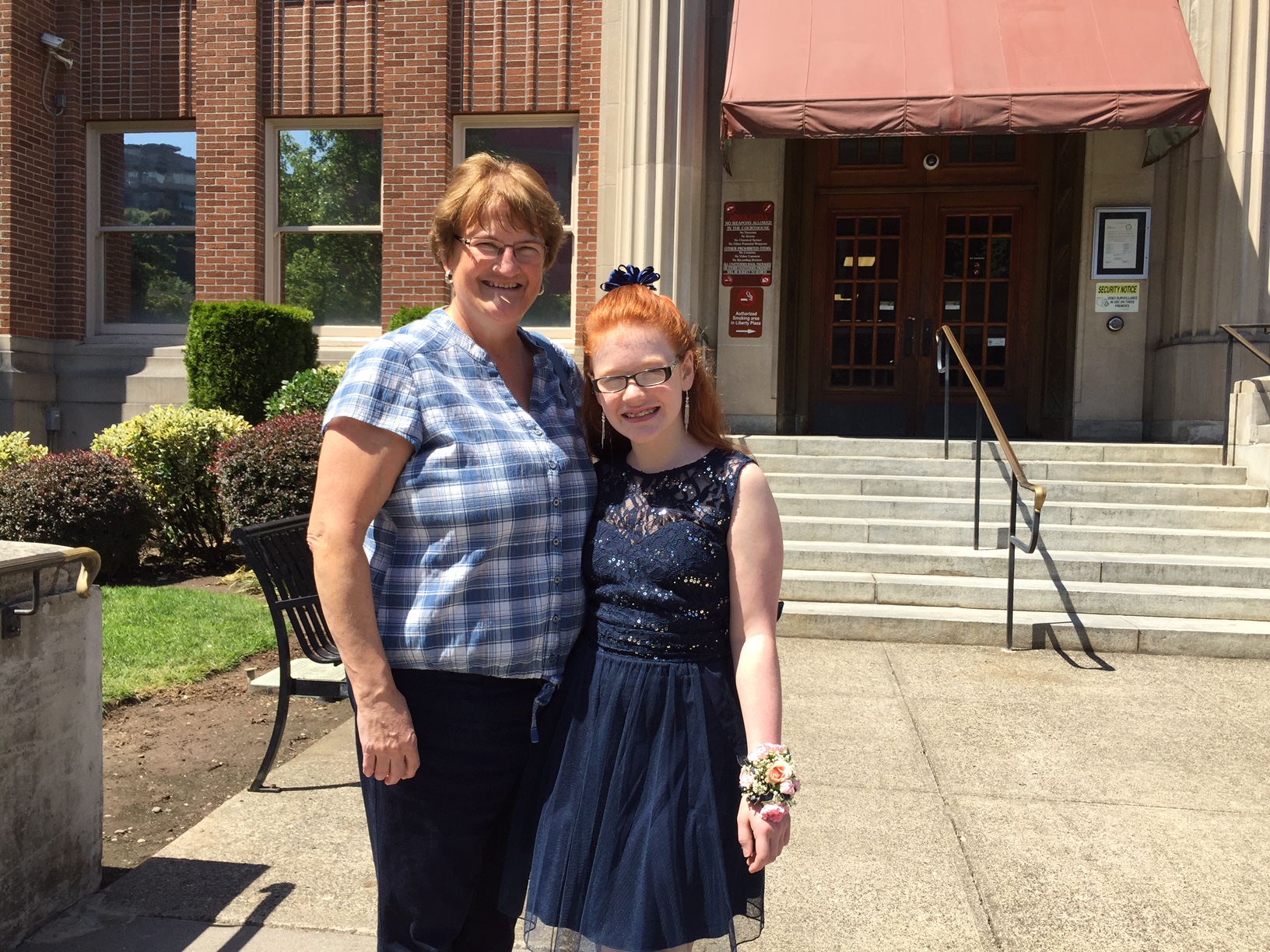 The judge had us go through a very nice ceremony, similar to a wedding ceremony, and then signed the papers.

After the ceremony, we headed straight to Dairy Queen, where Patsy was showered with even more presents from family members. She got a locket, a bracelet and a notebook to write down the “New Adventures of Patsy Rachel Mae” in, along with Grandma’s favorite Bible verses scattered throughout the otherwise blank journal.  She loves to write and has already written 2 pages of her story.  I must say it starts “I hate, hate, hate moving, but have decided I will do it because, since I’m adopted now, I’d better stay with my new parents and not the new buyers……”  It moves on to say “I put my things in boxes, which I also hate, but decided I’d better move if I ever want to see my things again.”  And so forth. It’s cute and funny.

Families are complicated.  They are messy and each one is unique.  They are also sometimes hard to figure out.  Patsy has figured out that we are both her grandparents and parents.  She will call us whatever she wants to.  The grandmas have figured out that they used to be great-grandmas but are now just grandmas.  They caseworker pointed out that it makes all of us younger with one stoke of a pen:)  Auntie Abbie is her biological aunt, and is now her sister.  That makes Abbie an “aunster” and Patsy a “niece-ter.”  (aunt-sister, niece-sister) Hmmmm.  I guess when our heads begin to spin too much, all we have to remember is that no matter what we call each other, or what our title is–we are a family, for better or for worse, forever.