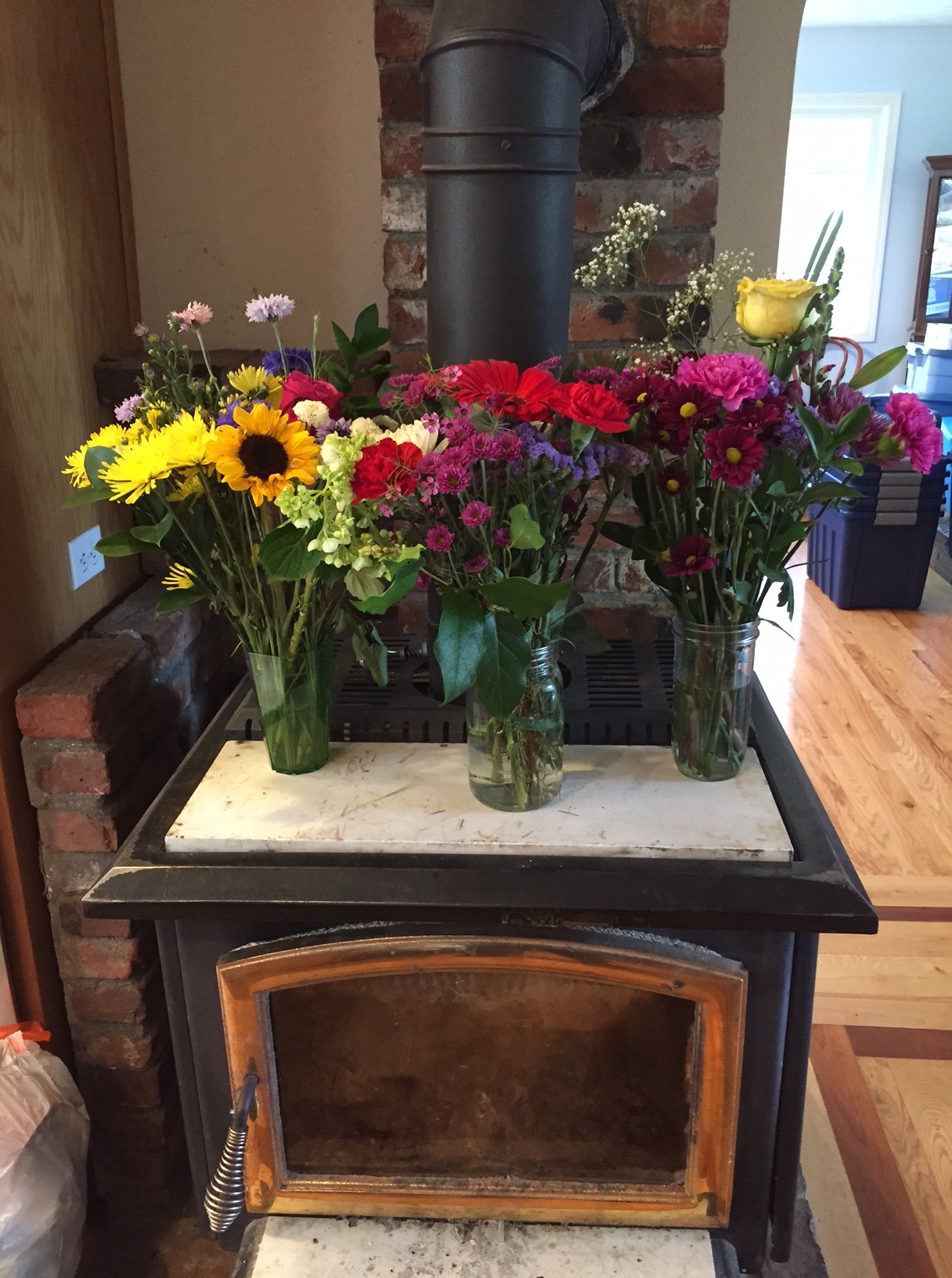 Wow!  What a week, and it’s not even over yet.  Last Saturday, the girls had a dance recital and received flowers.  They are gorgeous.  Tuesday, Patsy was adopted and received more beautiful flowers. They are lovely, too.  Tuesday, we also signed the papers for the house sale, and Saturday, (2 days from now), we have to be completely out by 5 p.m.

Believe it or not, I think we are going to make it.  Room after room is getting finished, boxes are stacked up in the garage and front room, the camper is loaded down with WAY too much stuff (hope the van can pull it–LOL), I go around smelling like Woodsman Goat Milk Soap because that’s all that’s left in the shower, and the meals are getting very creative. 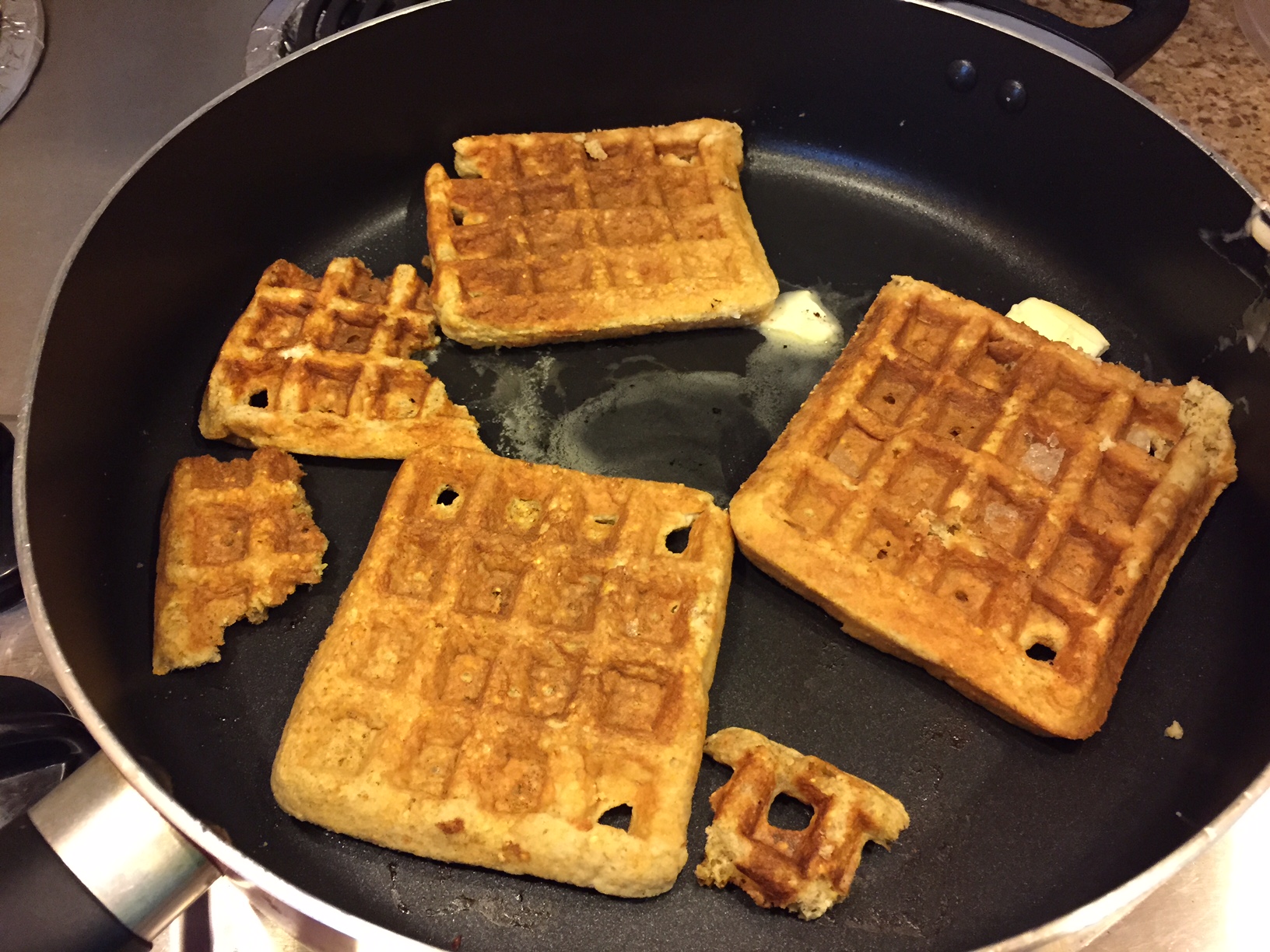 You can do a lot with 1 frying pan, which is all that is in the kitchen right now.  These are some frozen waffles I made some time ago, and I fried them in the pan.  I also made some soup from veggies and a jar of tomatoes and some leftover hamburger meat in the pan.  I have purchased very few groceries this month.  I have used old cans of soup that have been around forever, boxes of this and that, frozen veggies, muffins and other frozen baked products, cereal (boxed–no one’s favorite), instant oatmeal packets we made with 4H (they needed salt), and more.  It feels good to have used so many things up. 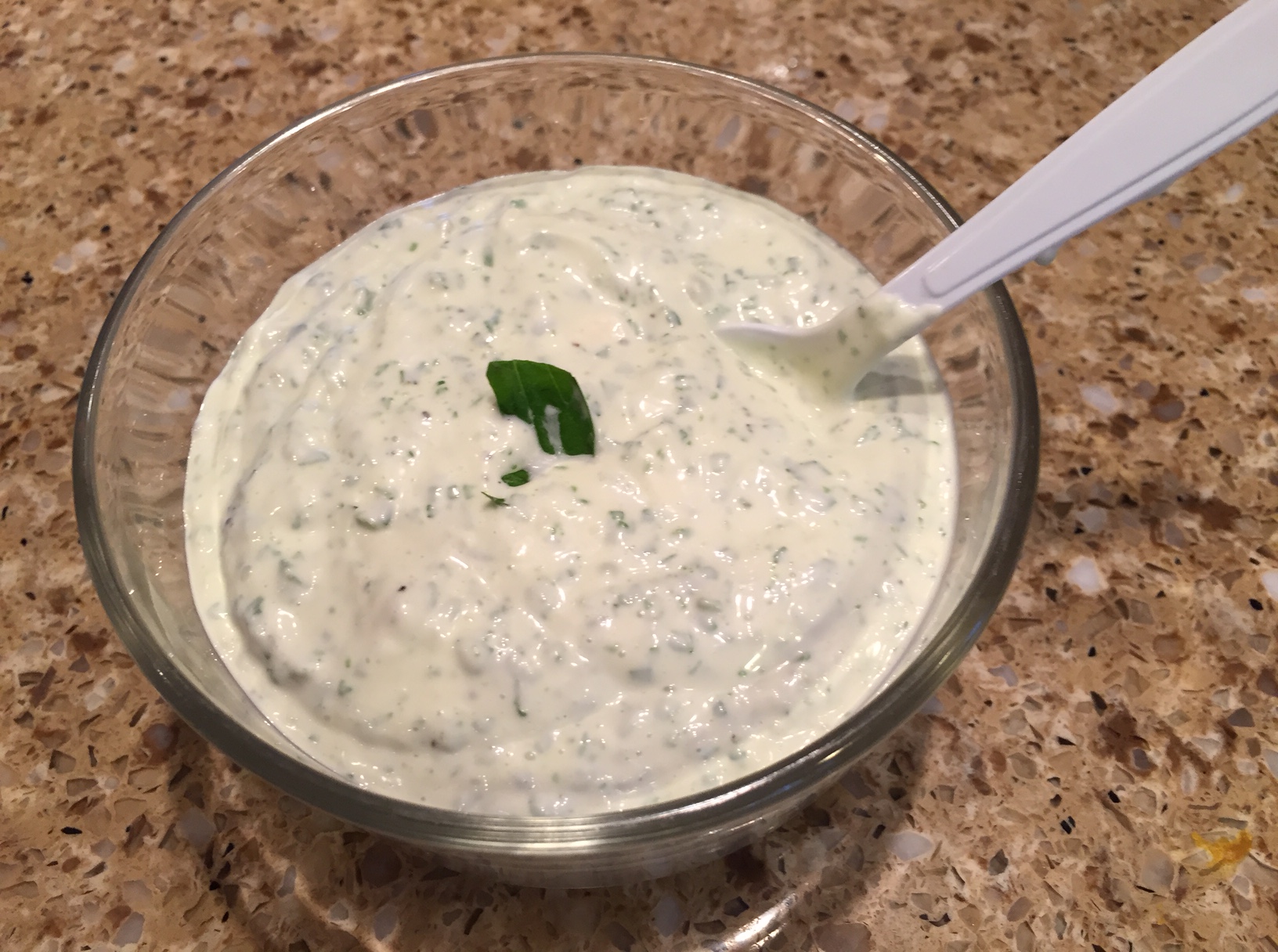 The last of some sour cream, some mayo, garlic and the leaves that were not brown, wilted or rotten off of the lovely basil plant my aunt got me to put in the kitchen when we were showing the house, were all whirled together to make some dressing/dip, which is now in the camper.

Several pieces of meat were saved out and will go into a cooler to slowly defrost over the next few days for meals in the week to come.  I made myself super sick eating out too much–my gluten intolerance reared its ugly head, and so I’ve made time to cook this week.  I’m feeling much better this week.  Some has been frozen foods that were given to me, some salads, and people brought food or cooked for me.  My daughter made a delicious ham dinner and we ate with them Tuesday, my aunt brought yummy soup Wednesday, and both sisters sent food as well.

Several people will come to help tomorrow, but the bulk of them will be here on Saturday, bright and early.  Rob will pull the camper over to my sister’s tomorrow, and we will sleep there tomorrow night.  We have been doing laundry and all items are either going in the camper, or in a bin.  We have finished packing all the canning in the basement.  Beds will come down tomorrow.  Then, Saturday, it will all be carried away to storage, and we will be finished with this phase, at last.  We have family plans on Sunday afternoon, and a graduation party for a boy who we are close to.  Then, we are going to slow down, and stop and smell the roses for a few days.  Kind of. There are still a few things to do that we have been neglecting while we moved.  At least, it will be easier than this week, and then we are going camping on Thursday:)  I’m ready! 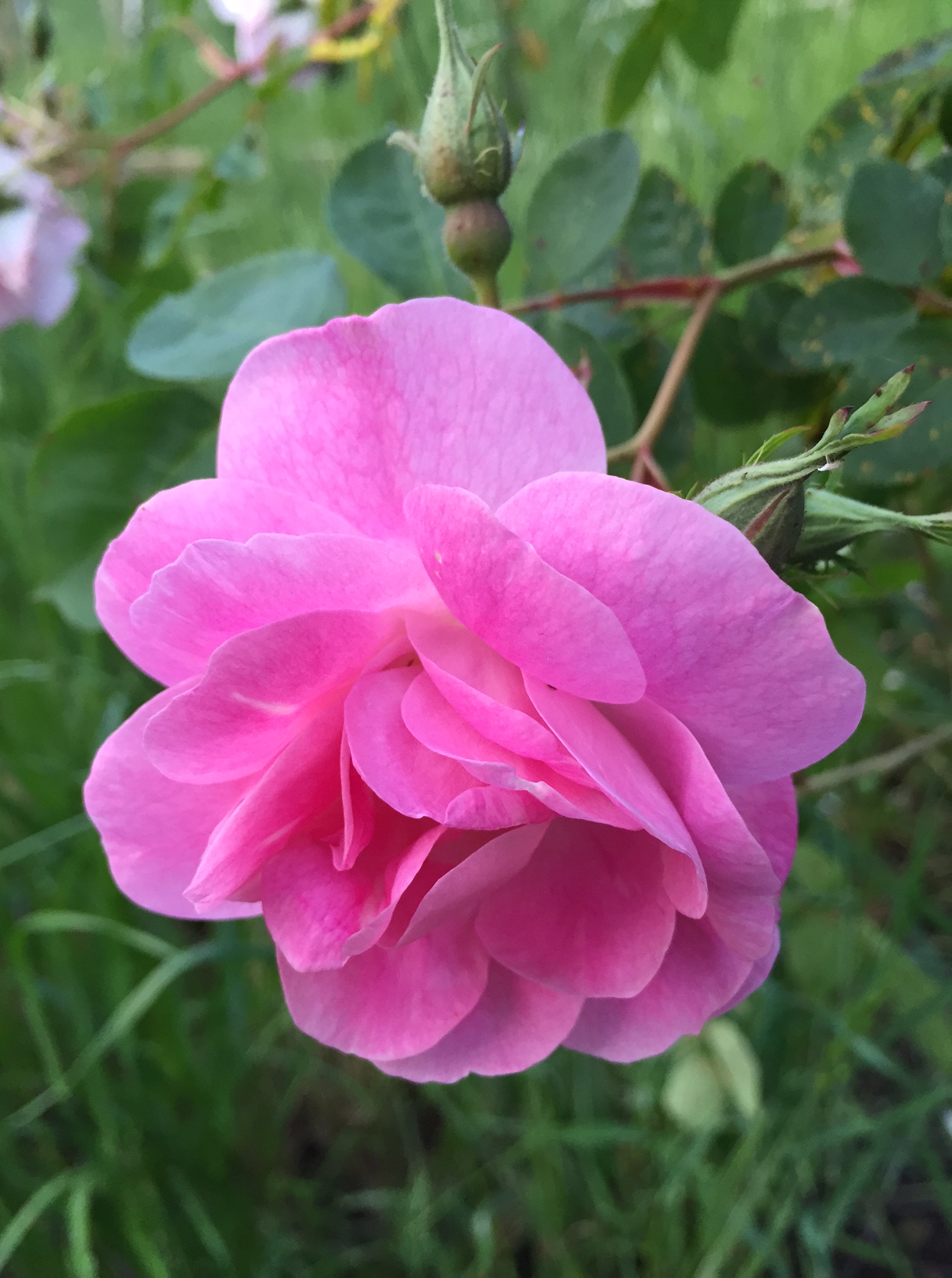