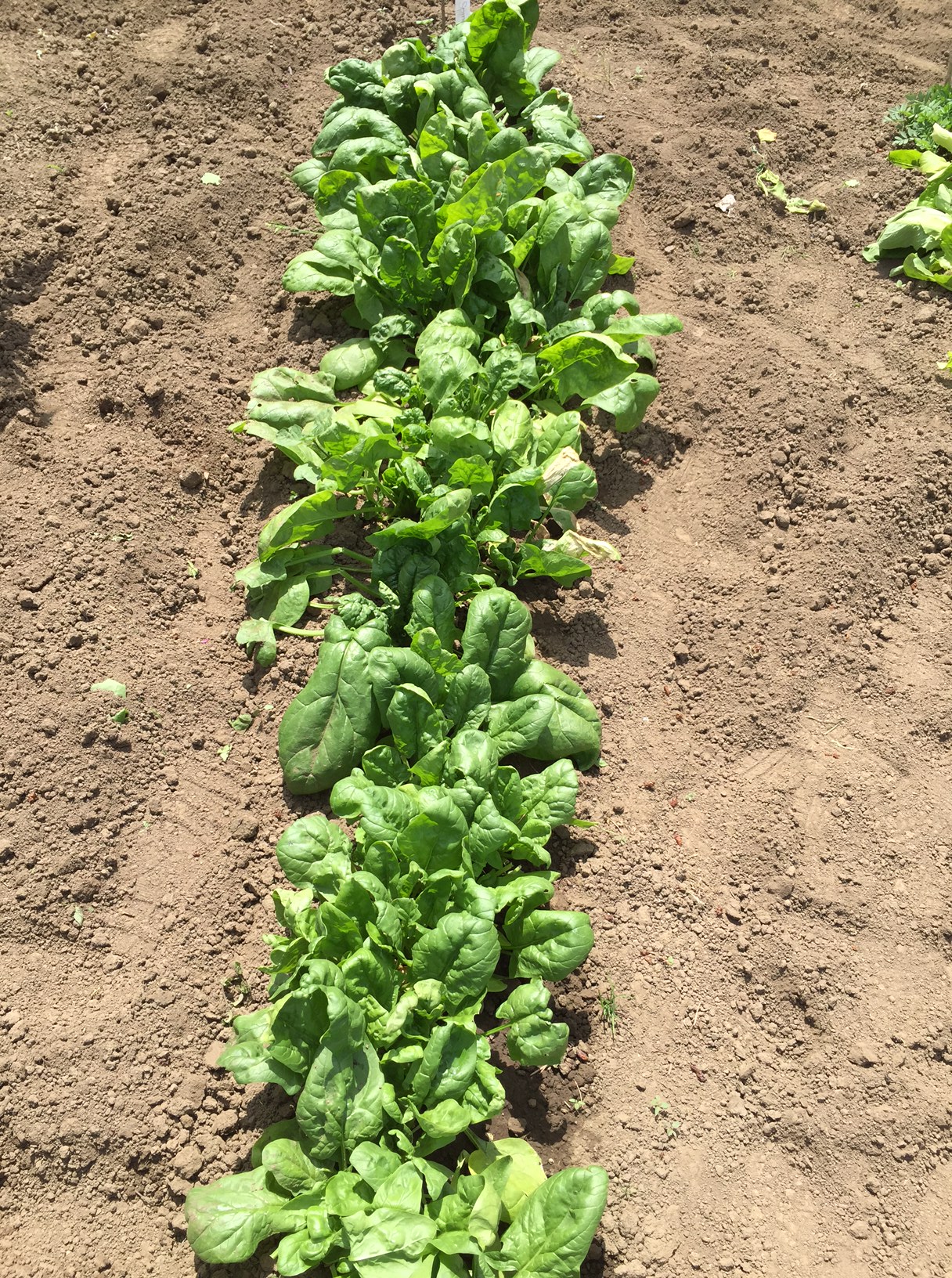 The garden is beginning to grow very well, and is giving us some delicious vegetables now. Before I left last Thursday for Ft. Stevens, I cut a lot of spinach, being careful to not take the entire plant.  I left the small center leaves intact and only took the outer leaves.  You can see from this picture that the part I cut has already grown a bunch more small leaves.  There are still plenty of the large ones on the farthest plants, and I cut some more today.  The weather has been very warm, so I expect the bushes will bolt soon, but we are enjoying it while it lasts.

I also have been enjoying lots of lettuce.  I cut and washed some more this morning.  It just seems to grow and grow.  I have several more batches planted for successive crops as soon as this first one gets bitter or bolts. 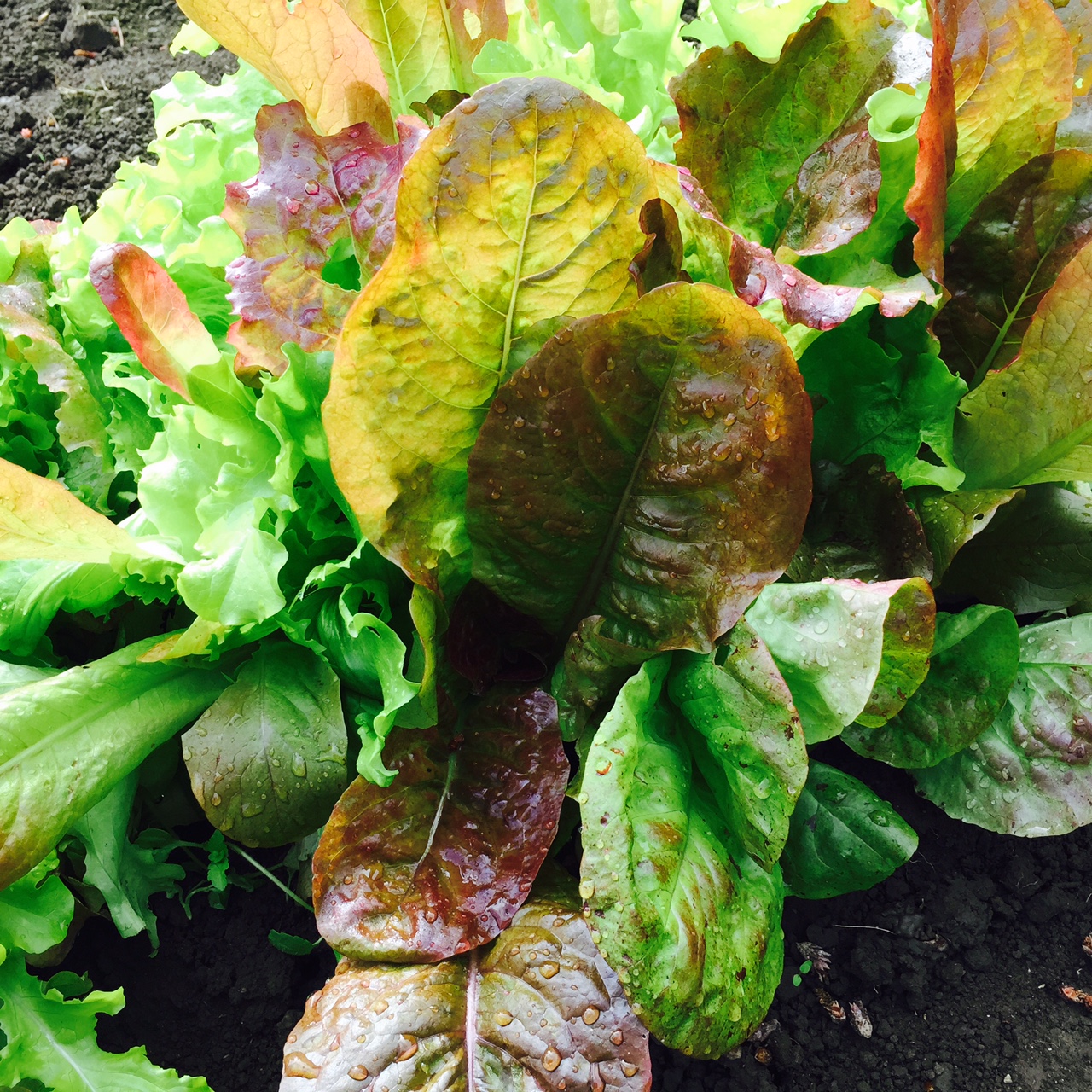 Last night and this morning, I planted more lettuce (leaf and head both), another small patch of spinach, a pepper to replace a dead one, some basil, cilantro and dill seeds to replace some that did not come up, some more zucchini seeds to replace the bushes when they get the powdery mildew, a hill of lemon cucumbers and one of slicing cucumbers, and some red potatoes.  I also did a couple of cartons of red onion plants.  Both the onions and potatoes were on sale at Wilco, because they had passed their prime.  I’m sure they will grow, though. 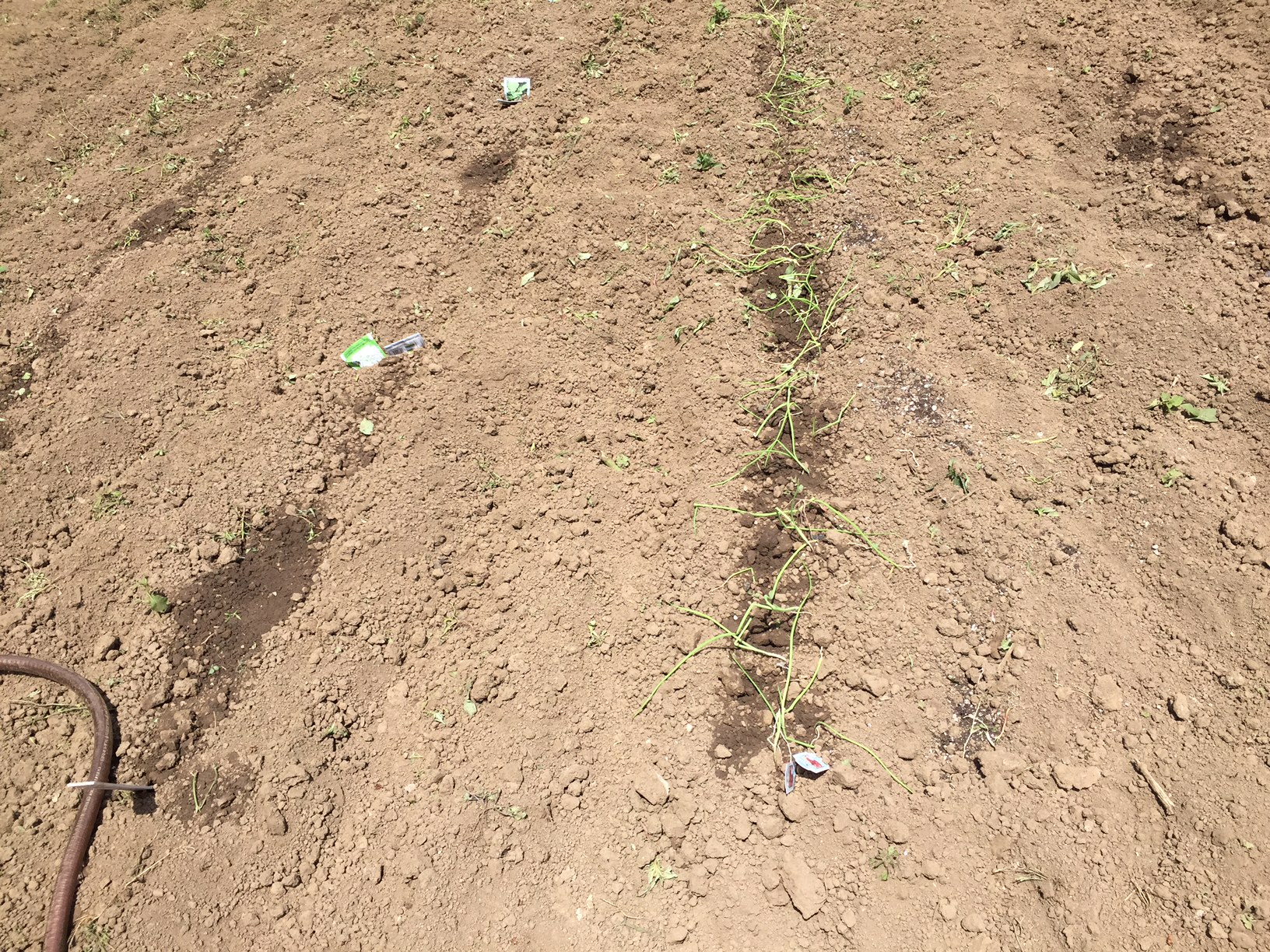 I watered everything in very well, as it has been quite hot for our part of Oregon.

Rob tilled it all this morning, and I’ve done some weeding, as has my sister.  So, we are good for a few days, other than watering.

I like to plant small patches of things frequently and keep the fresh vegetables going as long as possible.  I know that some things will not get used by me, but I like to have as many vegetables as possible all summer long.  Usually, I can and freeze large quantities of my excess produce.  This year, I won’t do much of that, so I want as much fresh produce as possible.  I’m really quite excited at how great the garden looks for June 1.  I can’t wait for that first ripe tomato, but it’s a ways off:)