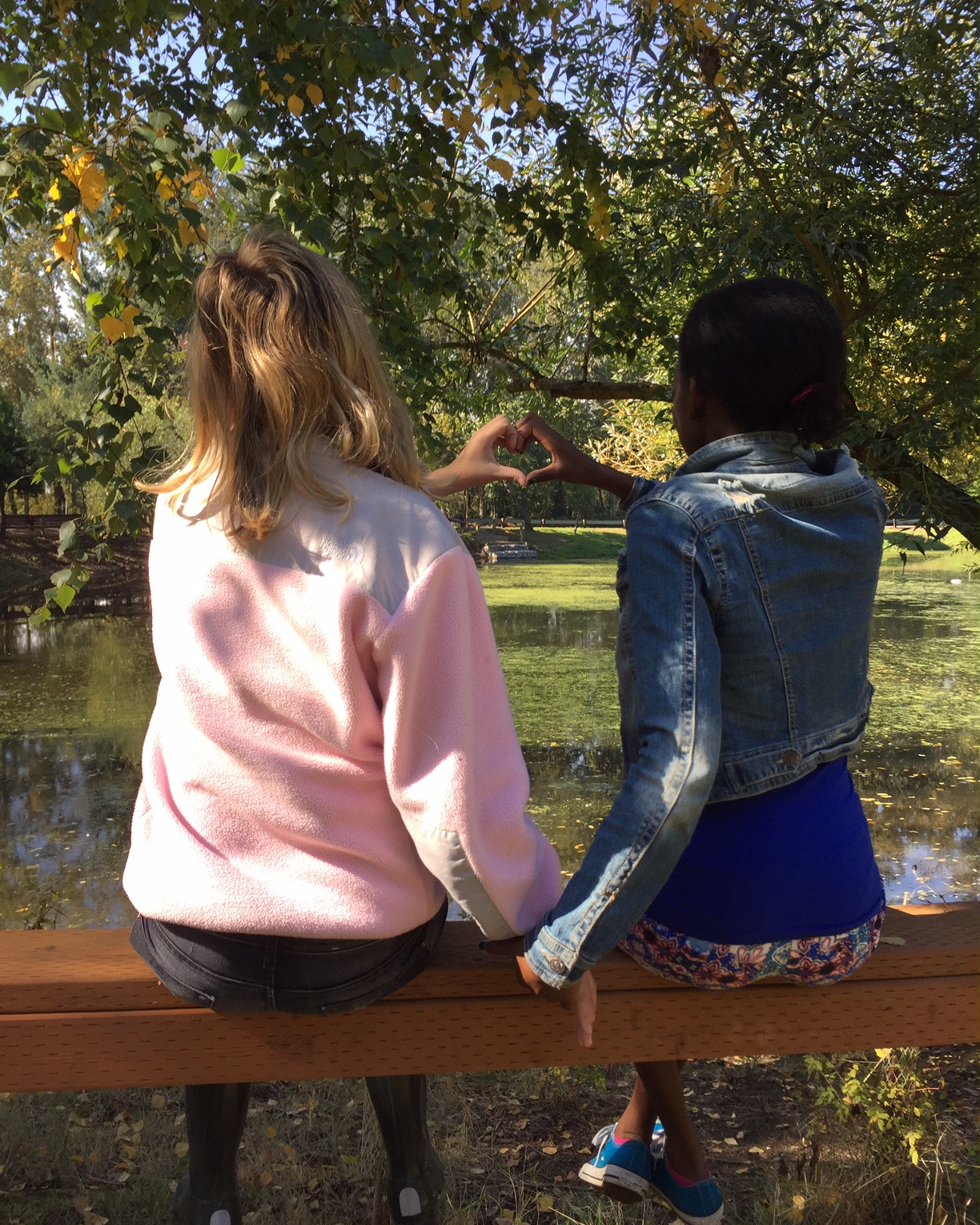 These two have been fast friends since they came into each other’s lives.  Alissa came to live with her mom and dad when she was a very tiny baby.  Rob and I got the privilege of spending many, many days and nights with her as she grew up.  When she was about 14-15 months old, I agreed to watch her and her 2 older sisters while their parents went to Mexico for a week.  Little did I know……

We had applied to adopt again and had  been waiting about a year for our new child/children.  We were open to a single child, or a sibling group.  Since they are supposed to choose 3 appropriate people for each child or group, we had been to “committee” a couple of times already, and someone else was chosen to be their parents, not us.  Ouch.  But, that’s how it works.  We got another chance to possibly be selected for Lovana, who happened to have a younger sister who may or may not be freed for adoption soon, and were asked if we wanted to take the risk.  Of course, we said yes, and our file was presented.  We were denied on the basis that we were not black and the children were.  Our caseworker was livid!  That was not only unfair, it is illegal.  It is a federal mandate that no child could be denied a home based on race.  Because it was so wrong, they took it back to committee and to the top of the state.  We were successful the second time.  Guess what week was chosen for transition week?  You got it!  The same week I had agreed to watch the 3 nieces. 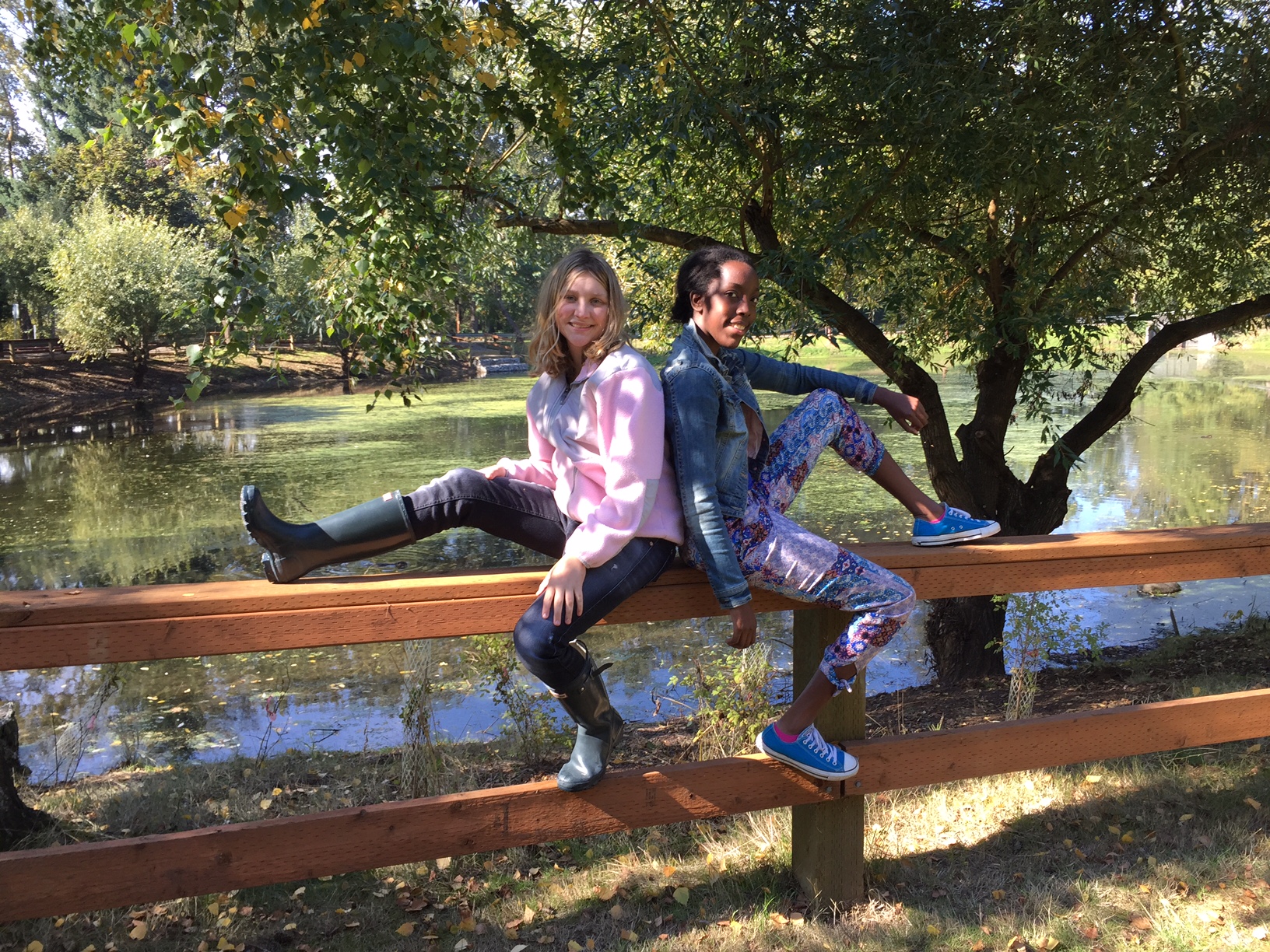 It was a long, exciting week.  I was extremely busy, to put it mildly, with 2 toddlers (one of whom did not know me at all), a very shy 5 year old who turned 6 the day after we got her moved in, my 2 special needs boys, my autistic niece, my other niece, and my other, older children.  (Probably 2 out of the 3 as I believe the oldest was away at college by then-  I can’t remember)  It is a blur, but there were 9 or 10.  There were lots of visits going back and forth to get the girls acquainted with our family, and had been for a week before, but this was the week to do an over nighter, then have them stay a couple of nights, then have them move in.  It was Easter week, and we were hosting, and Lovana’s birthday was on Easter that year.  We had no control over the timing.  I was not sure I was going to survive, and certainly relied on the Lord’s strength.  I have rarely felt such relief as I did that Easter Sunday morning when I had them all lined up on the back pew, dressed in their finest new Easter clothes, on time for church to start!  I bought an ice cream cake (so rare most of my kids had never had one), and the family all pitched in with the dinner.  It turned out great, even though you are never supposed to overwhelm the new child with a lot of family too soon.   Or move them when it’s right around their birthday, or some other huge anniversary.

In the end, something beautiful came out of that chaos.  Something happened I could have never foretold.   Ja’Ana and Alissa took ahold of each other’s hands and held on.  At an age where children don’t usually play together, they were inseparable.  They became best buds and have gone camping, to plays, parks, amusement parks, Disneyland, the Redwoods, the beach, and mission trips together. Through the years, they’ve hit a few growing bumps in their relationship, but through it all, have remained bonded for life.  Years ago, they dubbed themselves “the twins separated at birth” even though they were 6 months apart and really didn’t resemble each other very much:) Now they are forging a new path together.  No, it’s not golf with their science experiment, although they did seem to be trying that today, too.  They are embarking on a grand adventure of learning together.  The homeschool class at my house doubled this week, as we gladly welcomed Alissa to our party.  Because, when those 2 get together, it often turns into a party.  Alissa’s mom and I have some really fun stuff lined out for them this year, and I’m here to say we are off to an excellent start.  Today was very fun and educational.  Their Auntie Rosalie surprised them with gift cards to McDonald’s, which were burning a hole in their pockets.  So we went there on the way to the pond.  They gathered pond water for an upcoming experiment, and that is just the beginning. 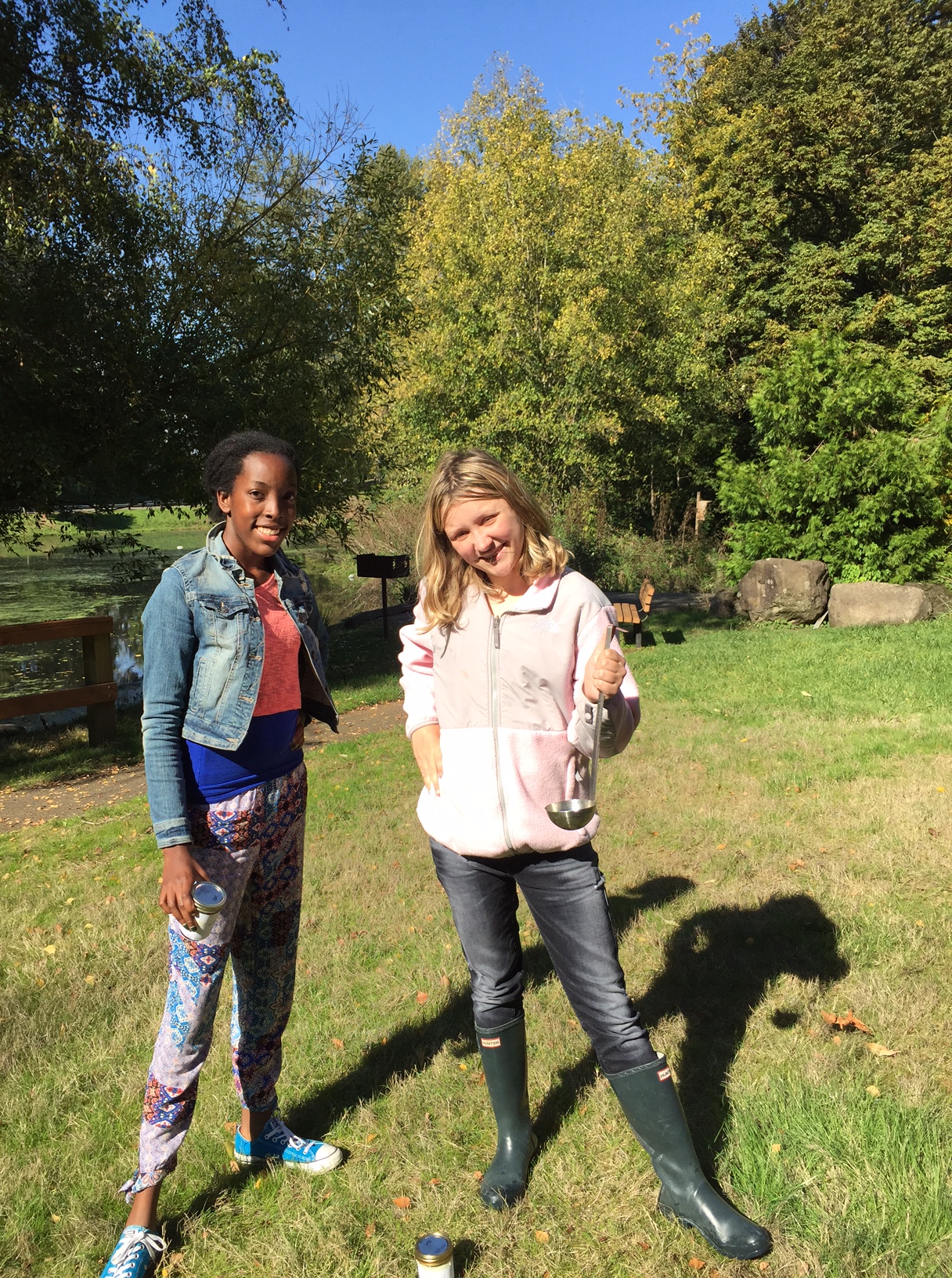 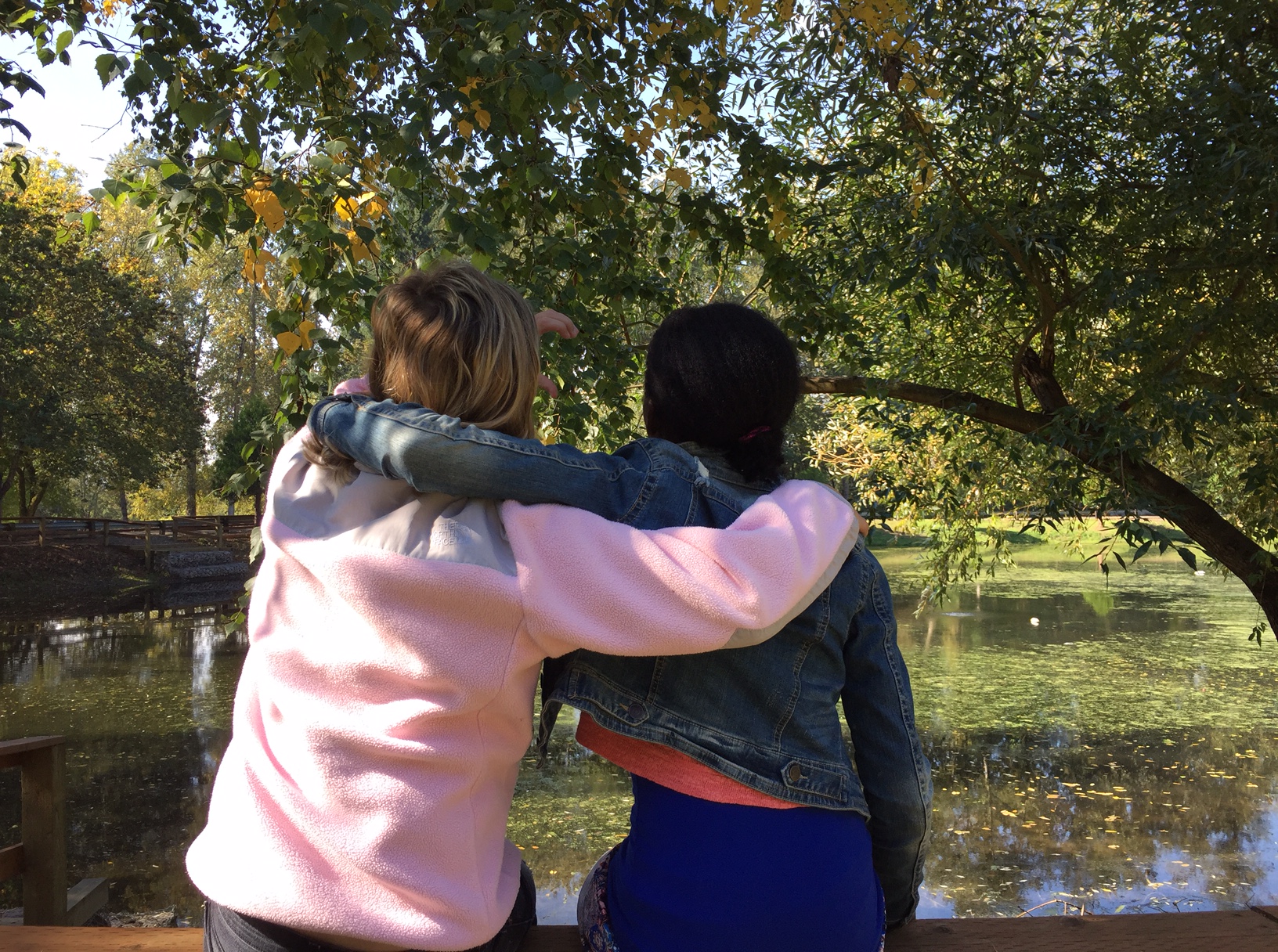 May they always stay so close.

4 thoughts on “Cousins by Love”