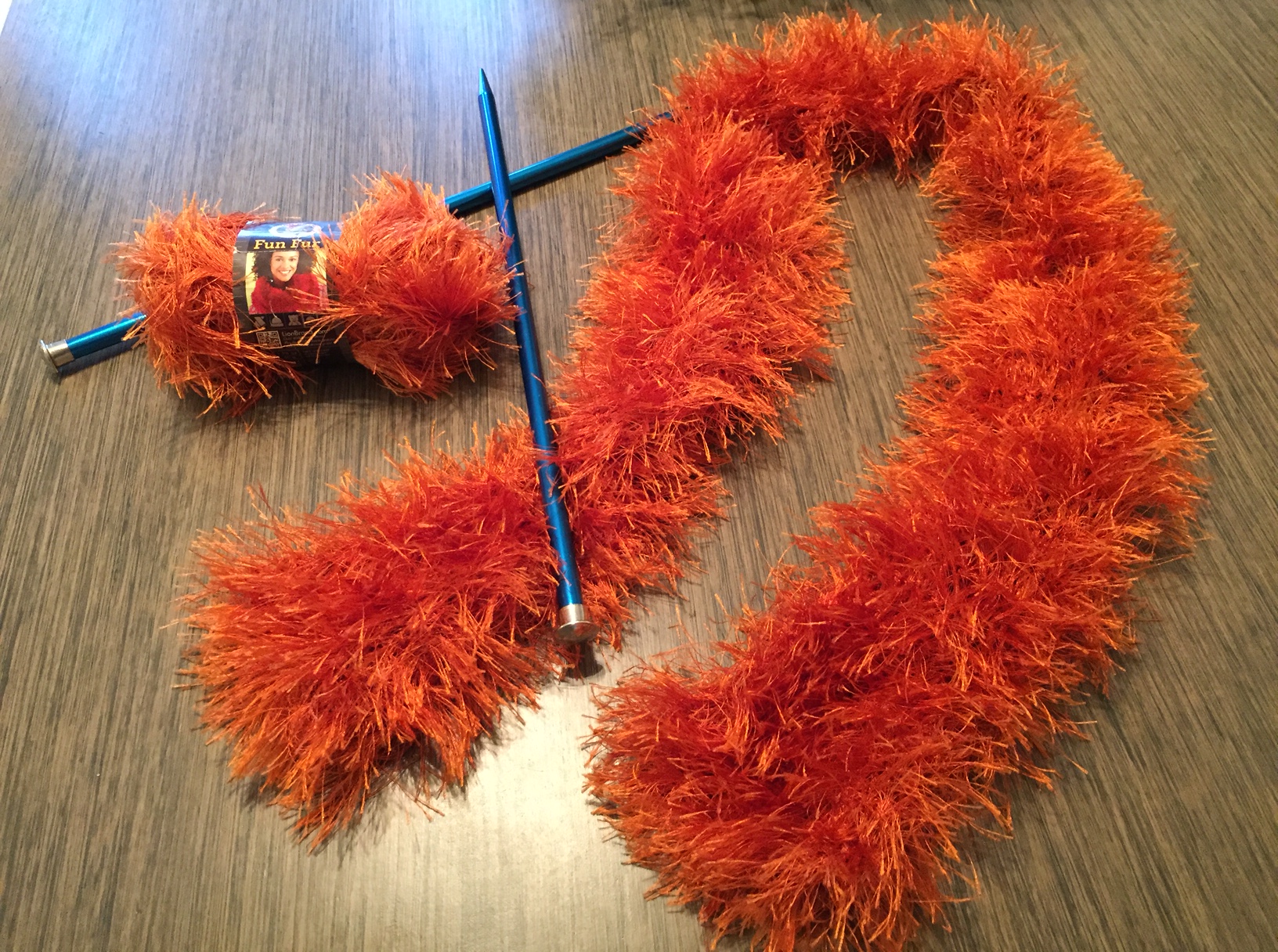 I’m not much of a knitter.  I don’t know how to follow directions very well, so only go back and forth with no fancy alterations.  That being said, I was very pleased with a scarf I just finished.  I was in the Dollar Store, and they had this Lion Brand Fun Fur yarn for, well, obviously, $1.

I grabbed a couple skeins of the 2 colors they had, and finally found my knitting needles with a little help from Rob.  They were still in a bin in the shop.  I used the really big ones–size 13.  After a few views on U-Tube, I remembered how to cast on, so I put 15 stitches onto my needles, and started knitting.  I just kept knitting back and forth (garter stitch) until I ran out of yarn, then bound off and knotted the yarn.  I wove the ends in with a crochet hook and I was done.

I did not need a super long scarf.  If I had wanted it longer, I would have continued with the second ball of yarn, or made the width skinnier, by casting on only 10 stitches.  What I wanted it for was to add some color to my winter coat, not for warmth or wrapping around a bunch of times. 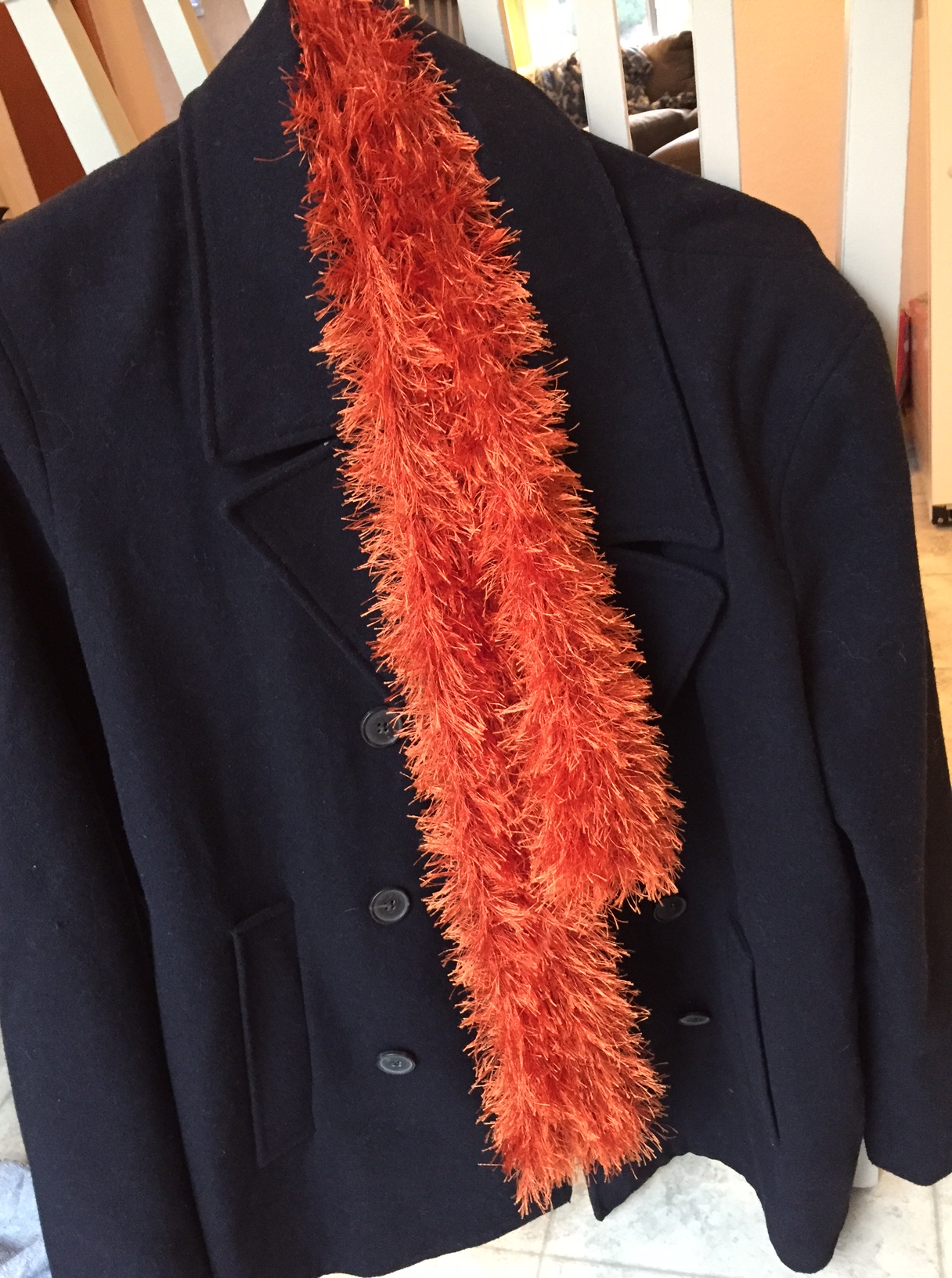 I got this coat after Christmas last year for only $10, on clearance.  Adding my $1 scarf made it much brighter, but still very inexpensive.  I think a scarf like this would be a good gift.  It was quick to make because the needles were so big.  Even for someone who doesn’t knit much, it only took a very few hours.  I don’t know how much yarn would cost if it wasn’t purchased at the Dollar Store, but I’m guessing not very much.  The only thing that was hard was sometimes all the extra fuzzy strands got in my way–smooth yarn would probably be easier, but it sure wouldn’t be a fluffy and soft.  I’m glad I used this yarn.

12 thoughts on “A Simple Knitted Scarf”