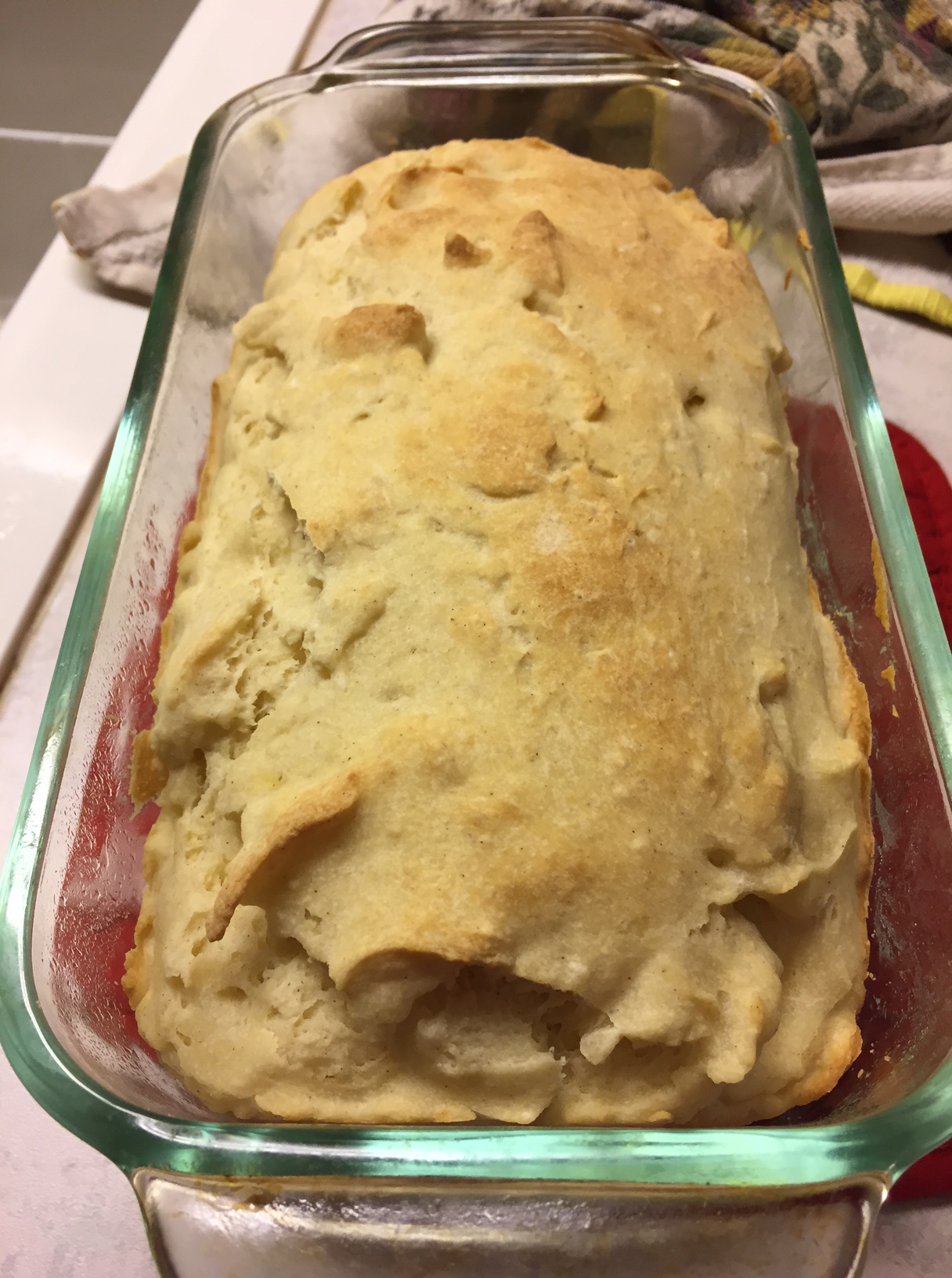 This week was another productive one.  I decided to take on the project of working on the camper.  When we moved here, the camper stayed at the farm where we spent the summer. That kept the side area open for loads to be taken into the shop, wood to be stacked and other activities to be done.   After a few weeks, we moved it down.  By that point, I was focused on the house, and I just grabbed things out of it as I thought of them after wondering where they were, or needed them for a recipe, or a project.  So, a week or two ago, I decided to take a look around out there. Yikes!  Pretty bad!  Some cupboards look as if a giant just went through and stirred, or worse!  So, I started cleaning it out little by little.  I really, really don’t want to do it all at once right before we go on a trip since it’s a big job, and I will want to pack it with our clothes, etc. when that time comes. 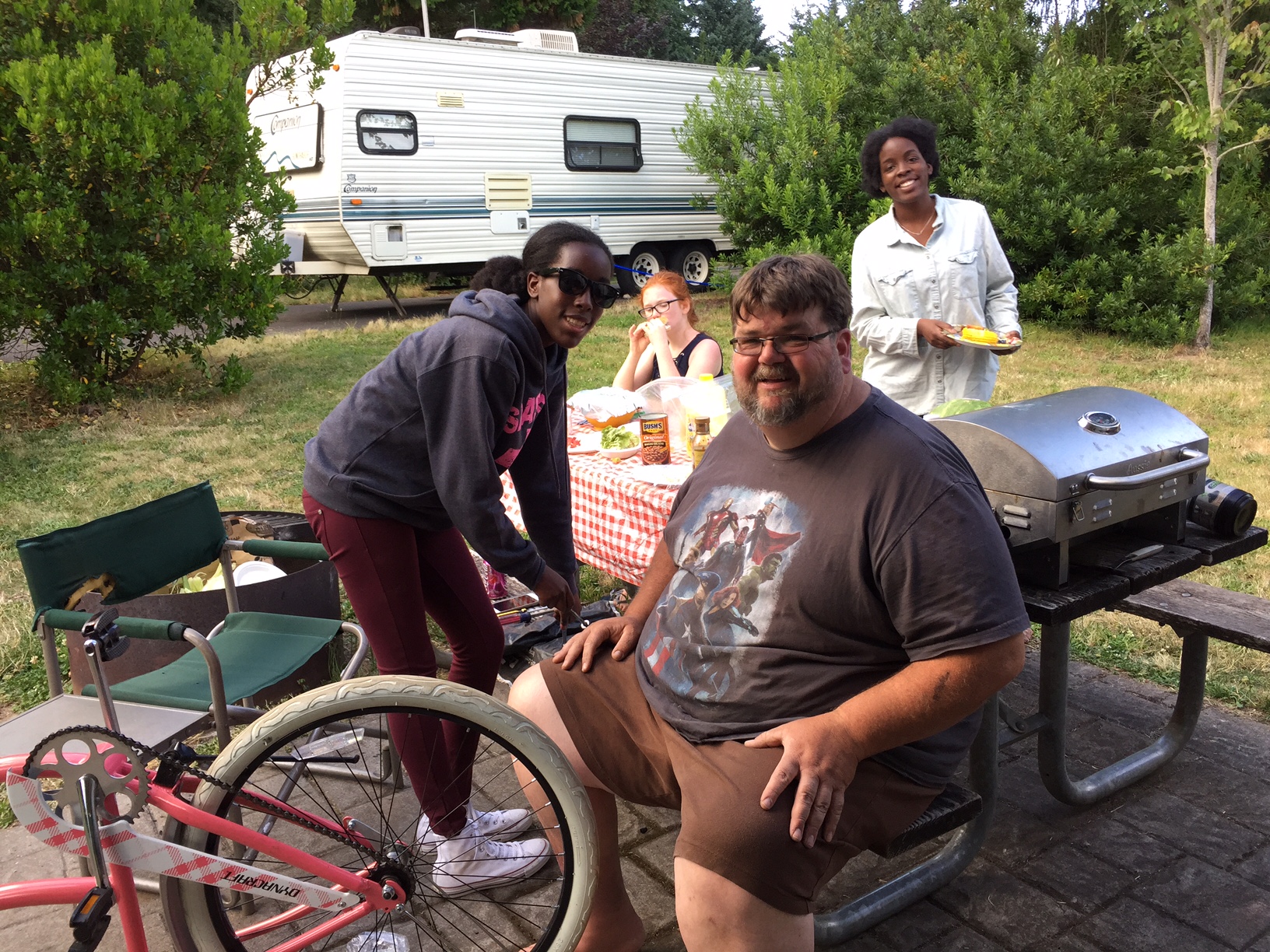 Last summer was fun!  I can’t wait until we can get out again.

Friday morning, I started on 2 food cupboards out there.  I took out several partial packages of things, and used them up.  It was good for my food challenge, too.  I sorted, organized and made a list of  non-perishable items I need to replace.  I like buying them on sale, instead of waiting until the day before we go camping when I would have to buy them at full price. I keep a plentiful supply of groceries in the camper at all times because when we go camping we eat from there most of the time.

I spent a morning cooking a few freezer meals.  They will save me money later on a busy day.  I made gluten-free bread from a mix I had purchased quite a while back.  I will post about the final week of our grocery challenge (we are on week 4 now because we started the last week of February) on Monday night or Tuesday. 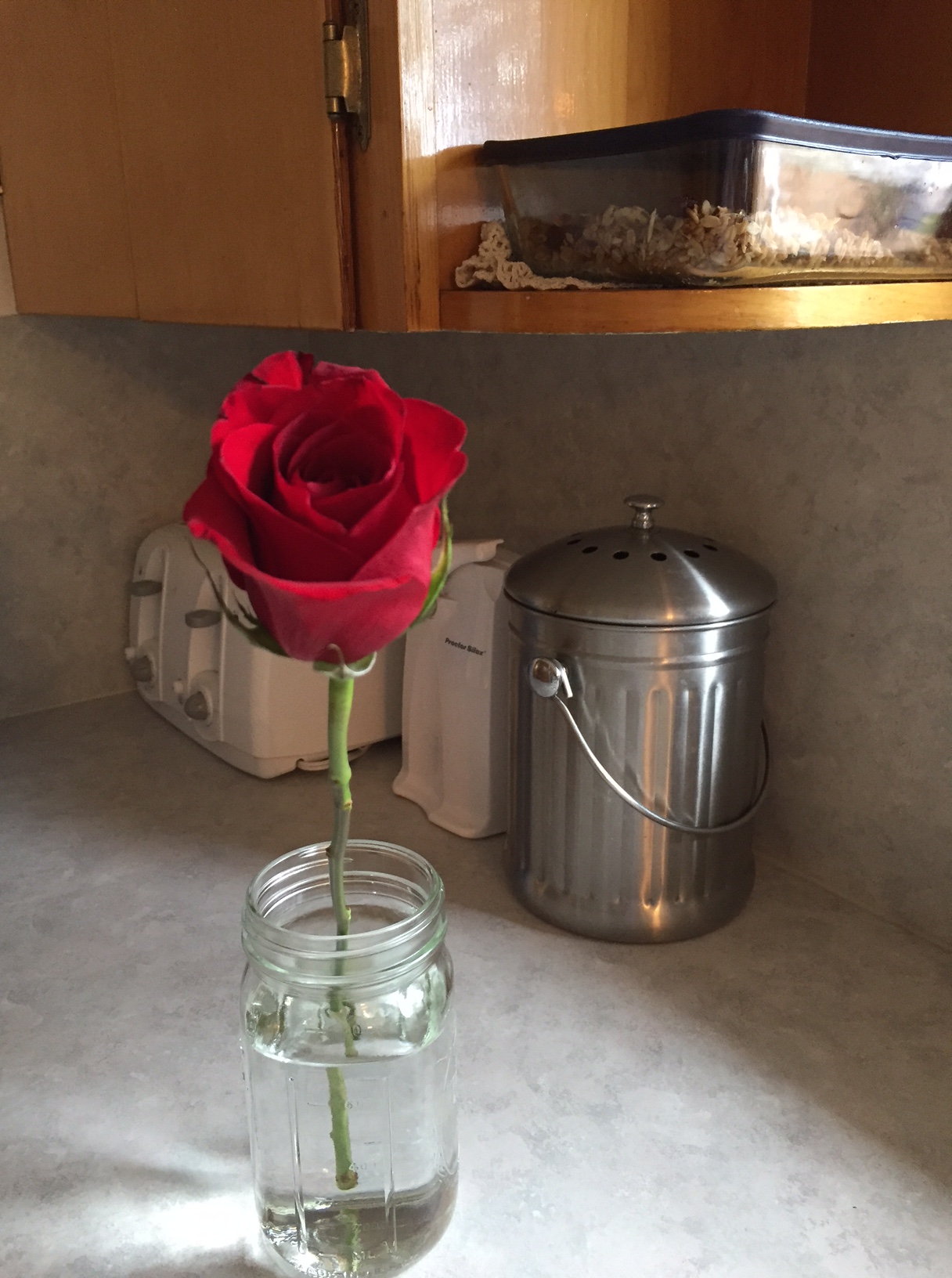 I was given a rose at Fred Meyers one day.  For whatever reason, each lady was handed a rose as she walked past on her way out of the store.  They may have been getting old, but it’s still going strong several days later, so it couldn’t have been on it’s last leg!

I worked a few extra hours because Michaela did not feel well.  I had to get her from school one day, and then kept her home the following day.  She was fine after that.  It’s always a balance–it cut into the girls’ homeschool time a bit (to be driving around, etc.), but I am very happy that I can be there for her, and they still finished their work just fine.  It just took until later one day, especially.  Over the course of this week, we’ve probably played between 15 and 20 games of Yahtzee.  That girl loves Yahtzee! 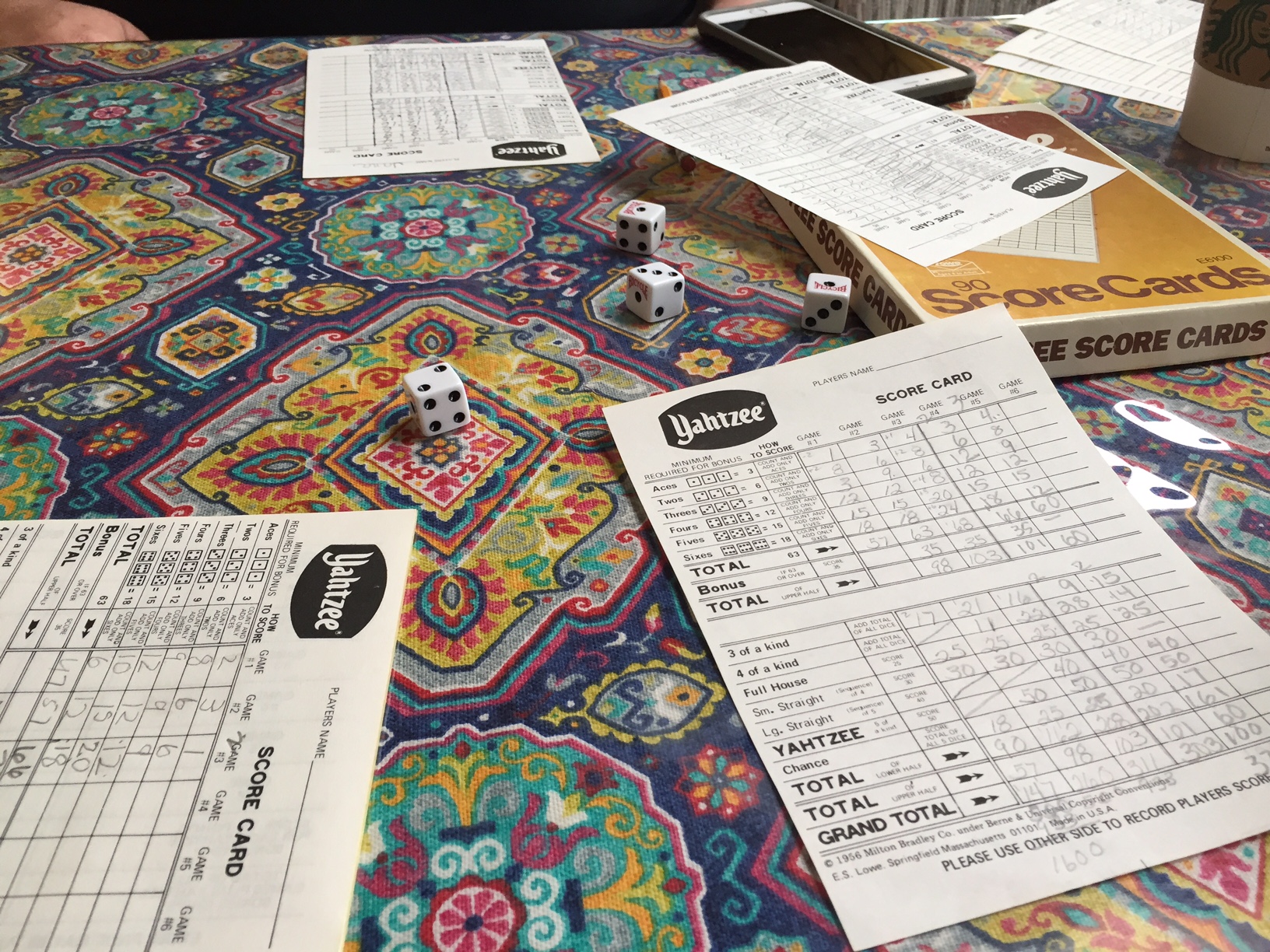 I had my broken filling fixed, using my insurance.  That is still wonderful to me, after over 20 years without dental insurance.  At this point, I did not have to pay any more money, because they are waiting to see what the insurance pays and they feel we may be up-to-date or even have paid a little more.  Nice!  No worries if we did overpay a few dollars–Rob’s got more work to be done–it will get used quickly or they’ll give it back.

We got a $10 check from something we accidentally overpaid a while back.  We hadn’t realized it, so it was like pennies from Heaven.

I rode the exercise bike 3 times this week at the YMCA, totaling around 17 miles between the 3 sessions, and we did the pool one night. I sat in the hot tub not exercising for quite a while that night.  Felt great!  I’m loving how much we are using our membership.

Lovana took us out to lunch.  Yum!  She has worked at her job for 6 weeks now, and wanted to treat us while she was home for the weekend.  That was nice.

Rob has been taking both girls, Lovana and Ja’Ana, driving on the weekends.  They both have their permits and it’s time for them to practice.  Ja’Ana and Alissa have driver’s ed classes starting soon and they want them to have some knowledge coming in.  Lovana just wasn’t ready until now, although she’s had her permit for some time.  I took J driving one afternoon, and she did great!  I have high hopes.  Alissa’s parents have been taking her.  It will be a few months before they can even try for the licenses, but we are on the right road.   Pun intended!  We want to get out money’s worth out of the classes, thus we are practicing ahead of time.  It would cost Lovana $1,500 for private driving lessons at her age, so……