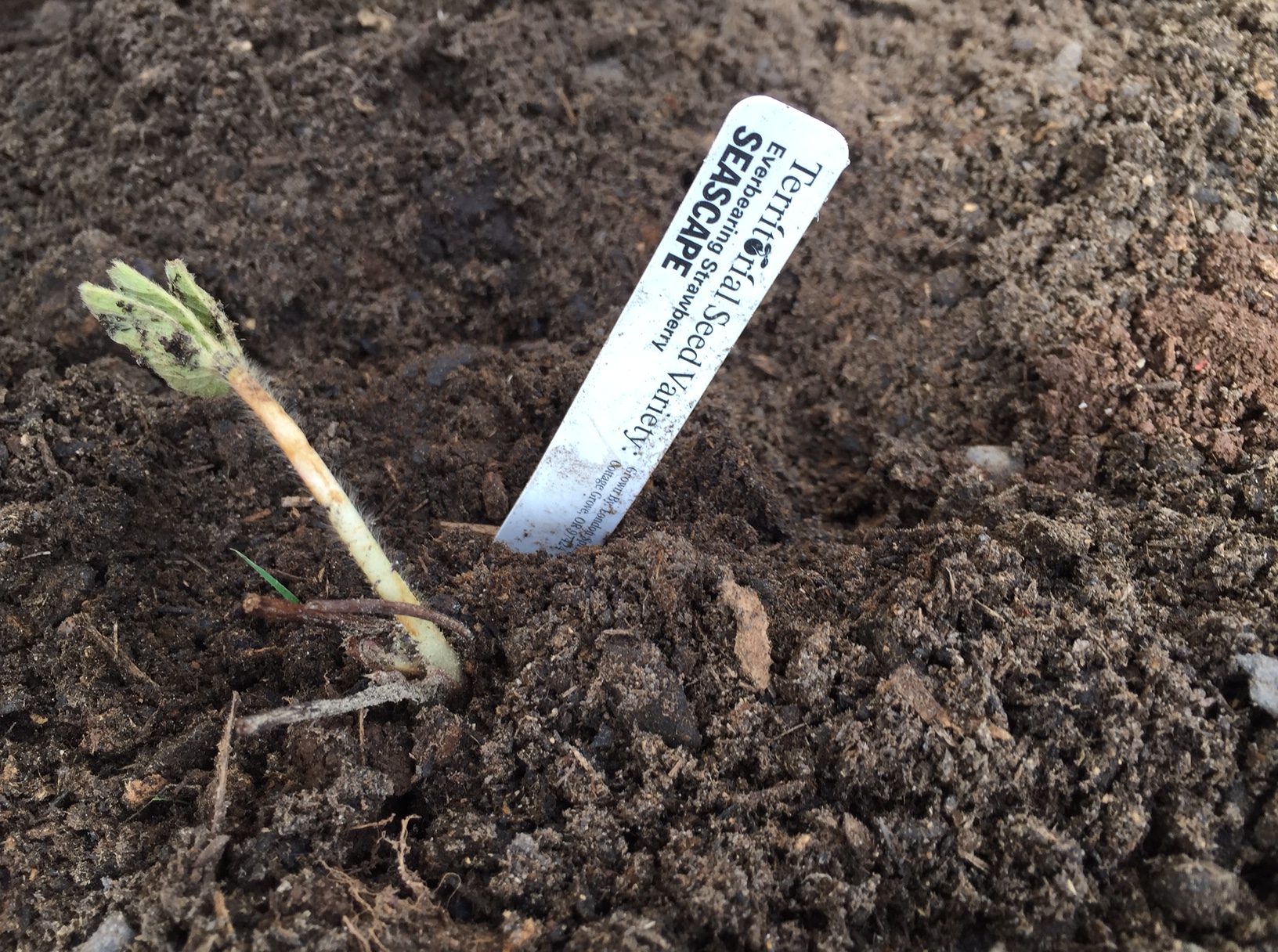 Last Friday, my strawberry plants arrived from Territorial.  They had promised to ship them “when the time was right.”  I guess it was time by the calendar, but, it has been so wet that I was worried that I would not get them in the ground before they suffered.  We had high hopes that Rob would be able to get the topsoil on Saturday and I would be able to clear the area.  We woke to a deluge!  All of our plans had to be postponed. 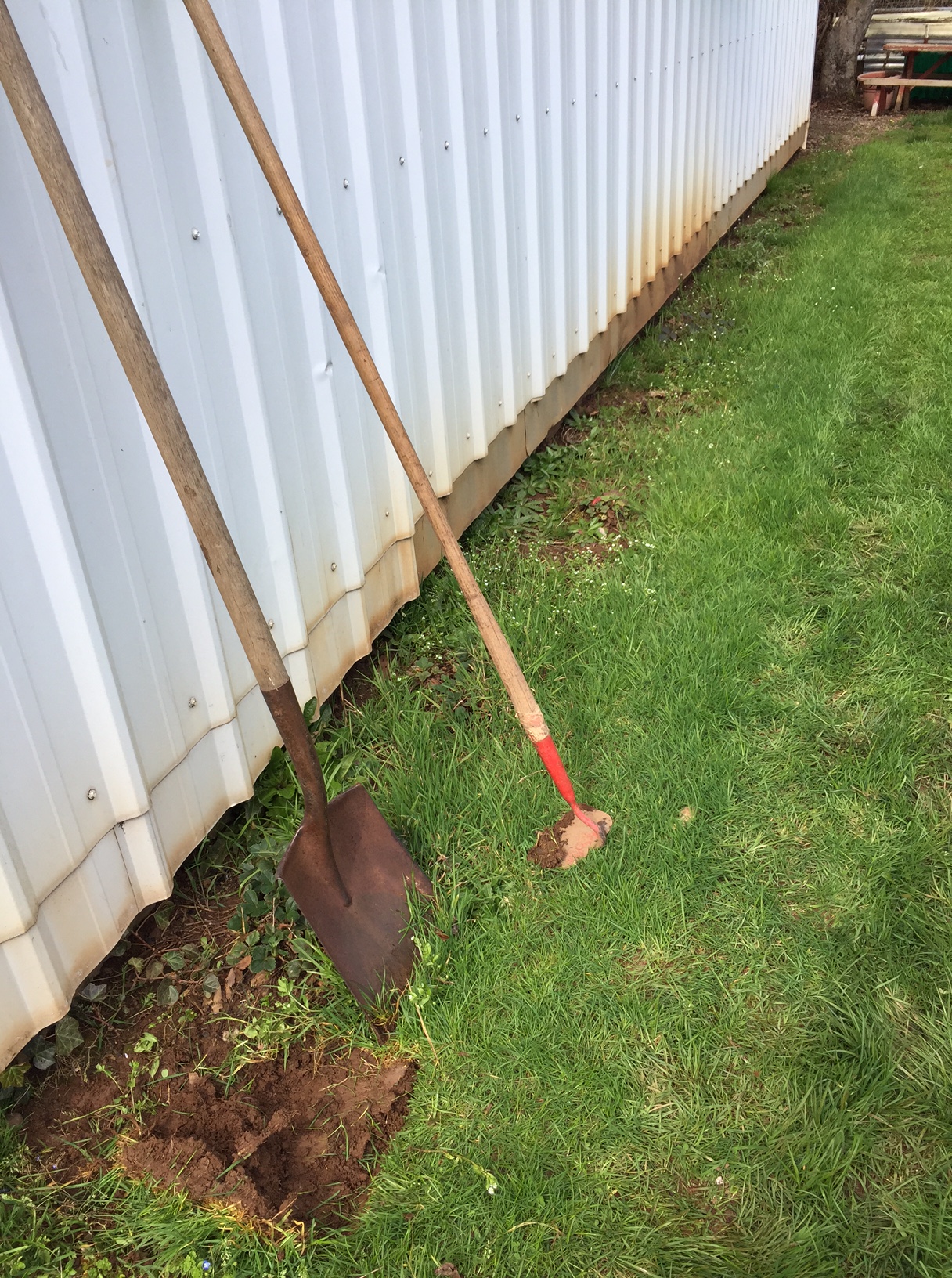 This is where I wanted to plant them.  The previous owner had some strawberries planted in there, but the bed was quite overgrown with grass and weeds.  I had no idea how old the berries were, and they usually only last about 3 years before needing to be re-done.  I chose Seascape this time because my mom had given me some gorgeous Seascape plants that were just starting to fruit beautifully when we moved.  The few I tasted were delicious, so I wanted more:)  I’ve had good luck with Tri-star and Quinalt in the past.  I did notice that Quinalt did not make very many runners, though.  They did produce well, as did Tri-star.

After an extremely rainy Saturday, Sunday dawned clear and gorgeous.   I had slightly over 1 hour of free time during the middle of the afternoon.  It was still very wet and soggy, but I tackled the job anyway because, well, there was that package of strawberry plants sitting on the counter.  I dug up the sod and weeds,  separated and moved some of the old plants, sprinkled coffee grounds from McDonald’s on the entire bed and finally, in desperation, stuffed the bunch of strawberry roots into a flowerpot with some potting soil until I could get back to the job.

One day after work, Rob grabbed 4 bags of topsoil from Walmart for around $2 per bag.   He poured the dirt on the bed. I had removed a lot of dirt along with the grass, and the bed had sunk over time.  I slipped out this morning while the girls were typing up their language arts assignment and planted the plants properly.  I have all the new ones down on the far end, and the old ones on the other end.  If the old ones don’t produce, look diseased, die, etc. I plan to ruthlessly pull them and throw them away.  I then hope to fill in the blanks with runners from the new plants.  I had also planned to add some bone meal as well, but the store was out so I will have to stir it in later. 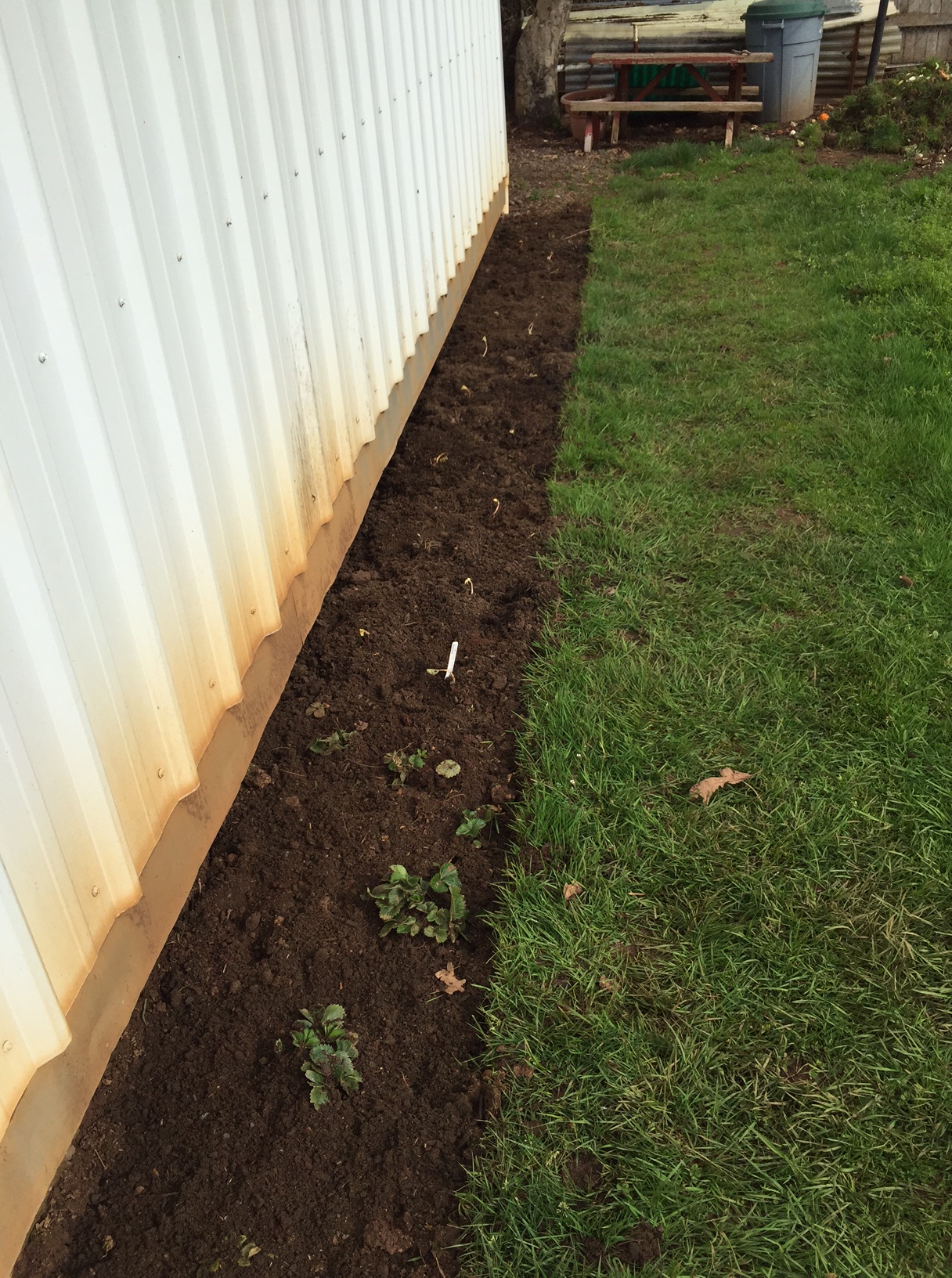 Then, it rained and watered them in.  I’m one happy camper.  It took almost a week, but they are planted!  The new ones don’t look like much, but they will take off now that they are in the dirt.  I can look forward to strawberries all summer and fall once they get going. The first year, a new bed produces lightly.  With everbearing strawberries,  I usually get a fairly good crop by the end of the summer and into the fall, but much more berries the second year.   The bed should be good for 3 years, then I will move it and renew it.  In the past, I have started a new bed the 3rd year so I always have lots of berries. 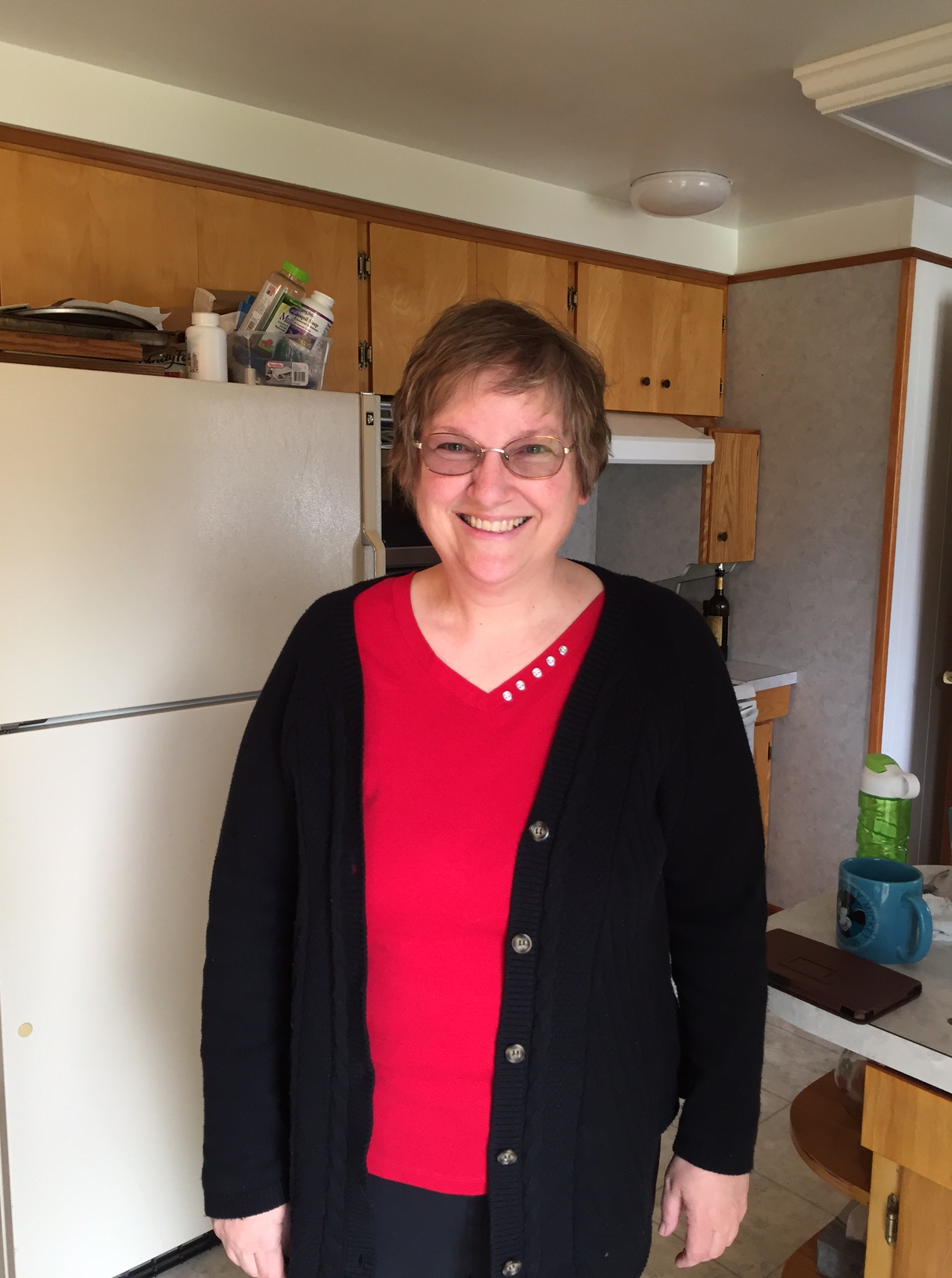 I am very pleased to have begun the transformation of my new yard.  I have many more plans in mind.