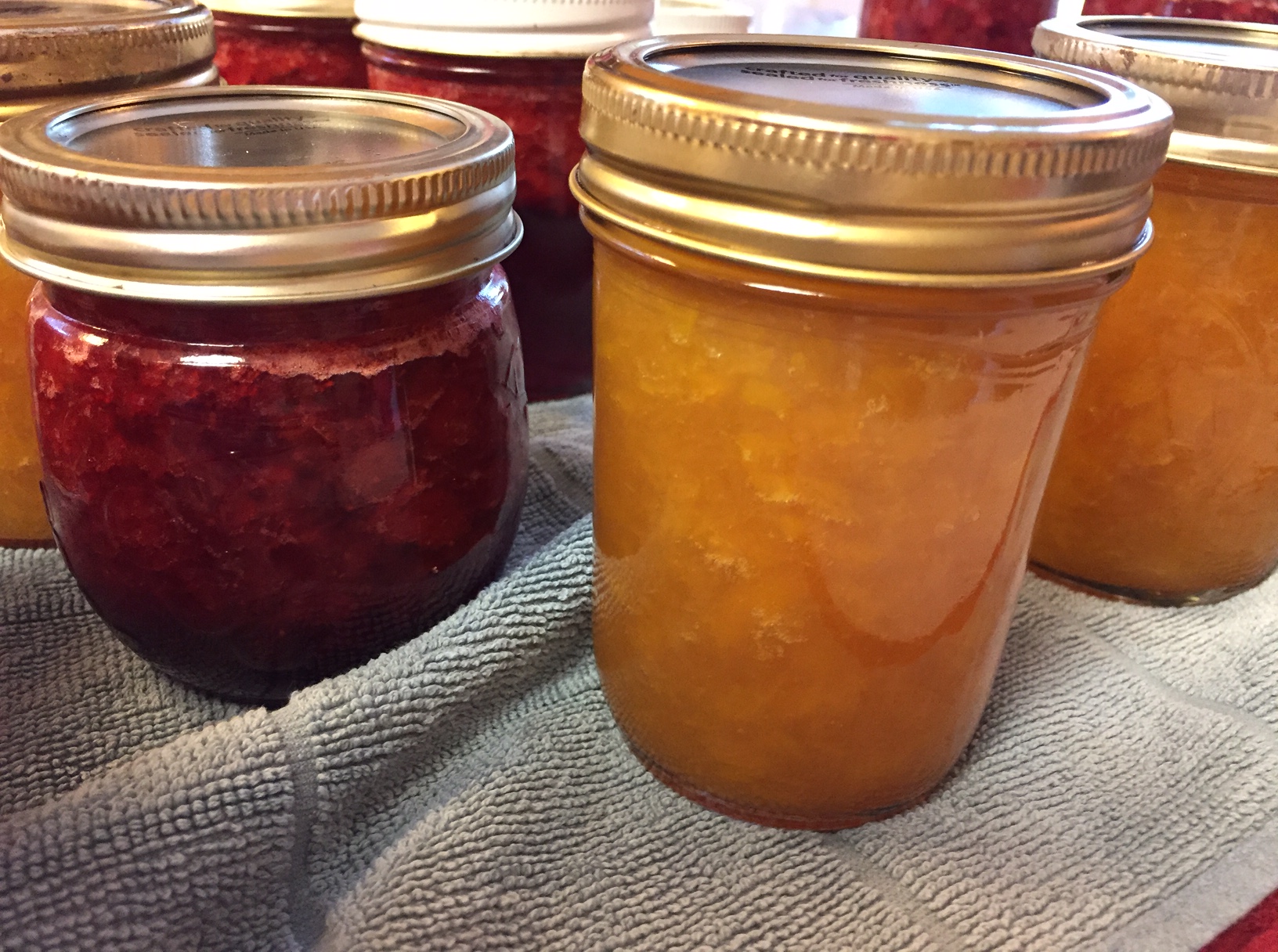 I made 3 batches of jam this week.  One was peach, from some frozen peaches I wanted to use up.  We were out of peach jam, and that is Rob’s favorite, so I just made it when I made the other kinds. 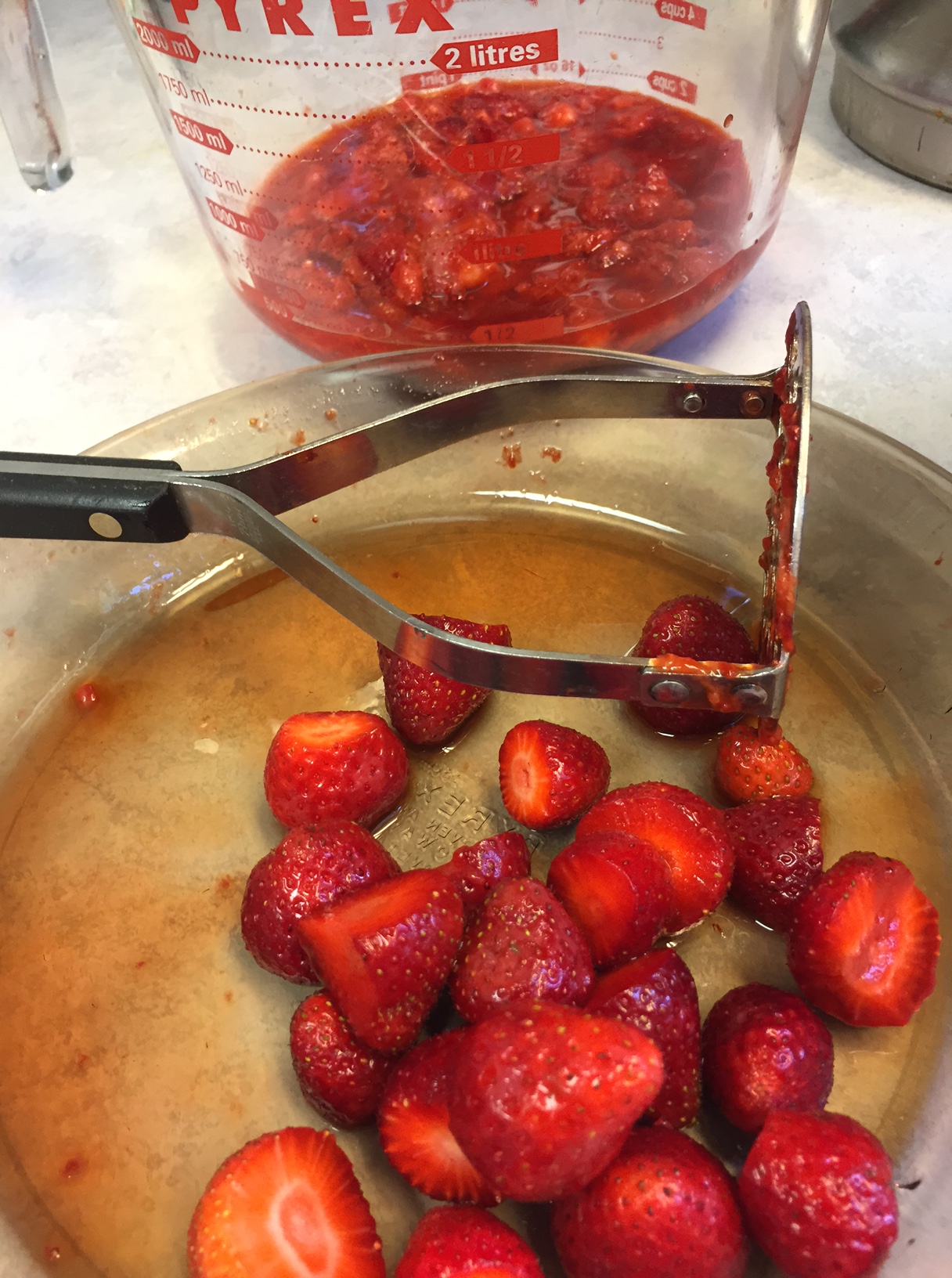 The second kind was strawberry.  Rob bought me a flat of strawberries and I was also able to throw a small handful in the jam from our bushes.

The third kind was berry-rhubarb.  I used the remaining strawberries, rhubarb and about 1 cup of raspberries from our bushes.  It is great.  We got that recipe from the internet ( I just added raspberries to use them and get enough mashed berries), but it’s pretty typical–4 cups berries, 4 cups rhubarb, sugar, and 1 box Sure-Jell pectin.  It turned out really tasty, and I was glad to use those raspberries, rhubarb and every berry from the flat of berries.  I am hoping that as the new strawberry bushes grow throughout the summer, I will get some to freeze by the end of the summer.  It’s easy to put even a small handful in a carton and add to it as berries ripen. 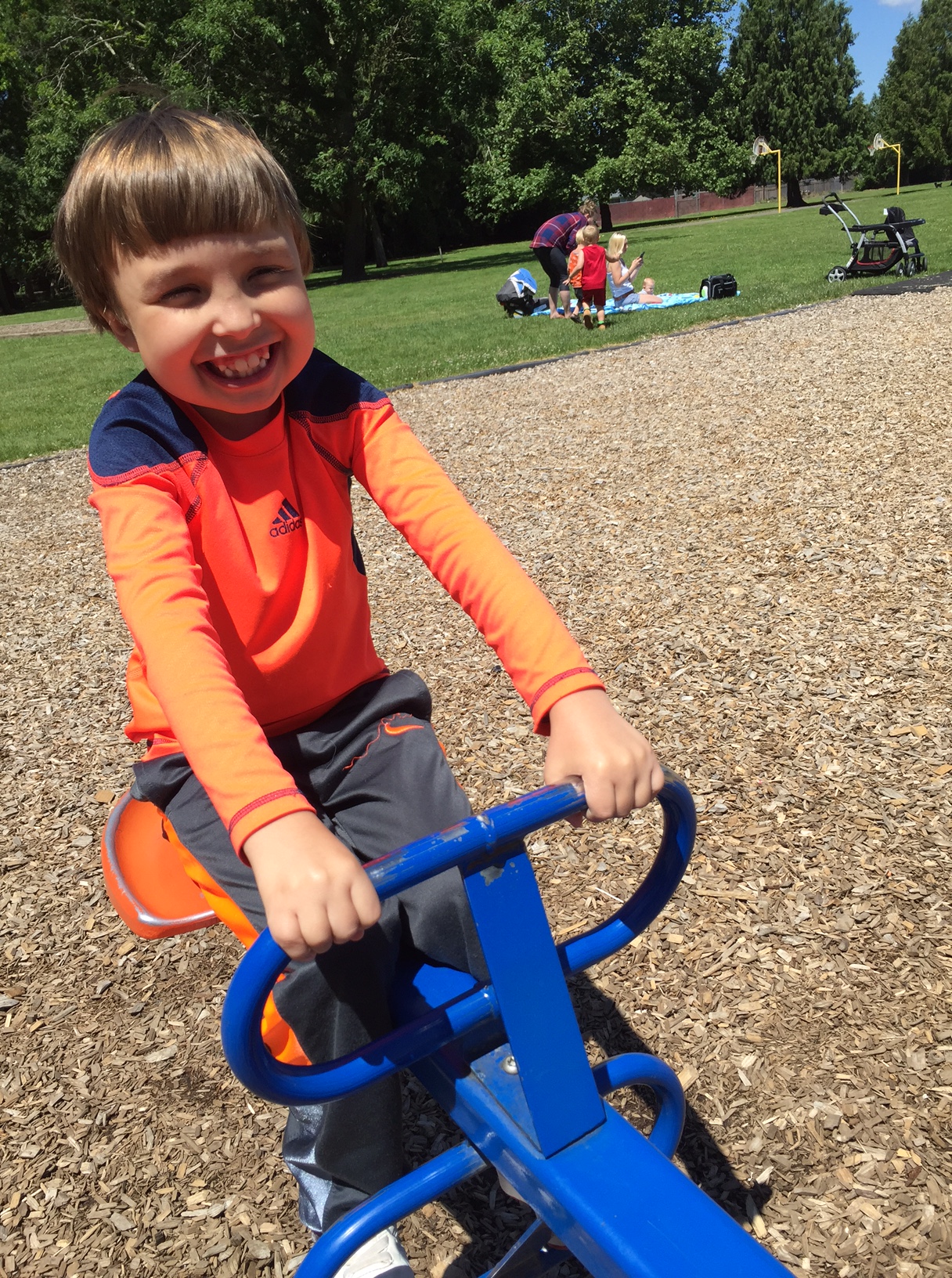 We enjoyed the company of the nieces and nephew for 4 days and nights while their parents went to an out-of-town wedding.  We went to a park, drove the big girls around to activities they were signed up for or wanted to attend, and spent hours helping with a huge rummage sale at the church.  We had many more frugal, fun activities planned, but ran out of time.

The rummage sale occupied much of our time during the last few days.  Items were collected over the past few weeks by the youth pastor and his various crews, including Ja’Ana and Alissa.  Those 2 spent all day on Thursday, Friday and Saturday helping out.  We were more limited in our time, as we had the younger ones to care for, but did spend significant time each day helping out.  The weather cooperated.  It was sunny, which was far better than rainy.  In fact, it almost went overboard:) Every day was warmer and warmer, and by Saturday, the weather was actually super hot (around 100), which made the last day and clean-up a bit difficult.  There were so many donated items that the gym was full of tables, and an area about as large was full in the parking lot.  So, as you can imagine, there were thousands of items to sort, price, set out, and much to clean up in the end.  Then there were the workers (mostly teens) to feed, direct and keep hydrated. Thankfully, it was well organized and there were many adult leaders who were helping out in various ways.   There were cases of water which we constantly pressed on the kids.  One day, Rob went down to Taco Bell during the afternoon hours and grabbed a whole box of the $1 (super Happy Hour sale) slushies and handed them out.  We sure didn’t want any teens or adults getting sick from the heat.  By Saturday night, I’ll admit, I was pretty tired!  But, those teens!  There was a group that stayed until the bitter end yesterday afternoon, and they decided to go swimming.  So, they rounded up a place to go, and cooled off for a couple of hours.  Got to love that energy:)

The kids have been earning money in various ways so they can go to Mexico on a mission trip in August.  This was a big project, and I haven’t heard the final word on how much money they earned at this sale, but at last count, it was over $6,000.  I’m excited to hear the final count! 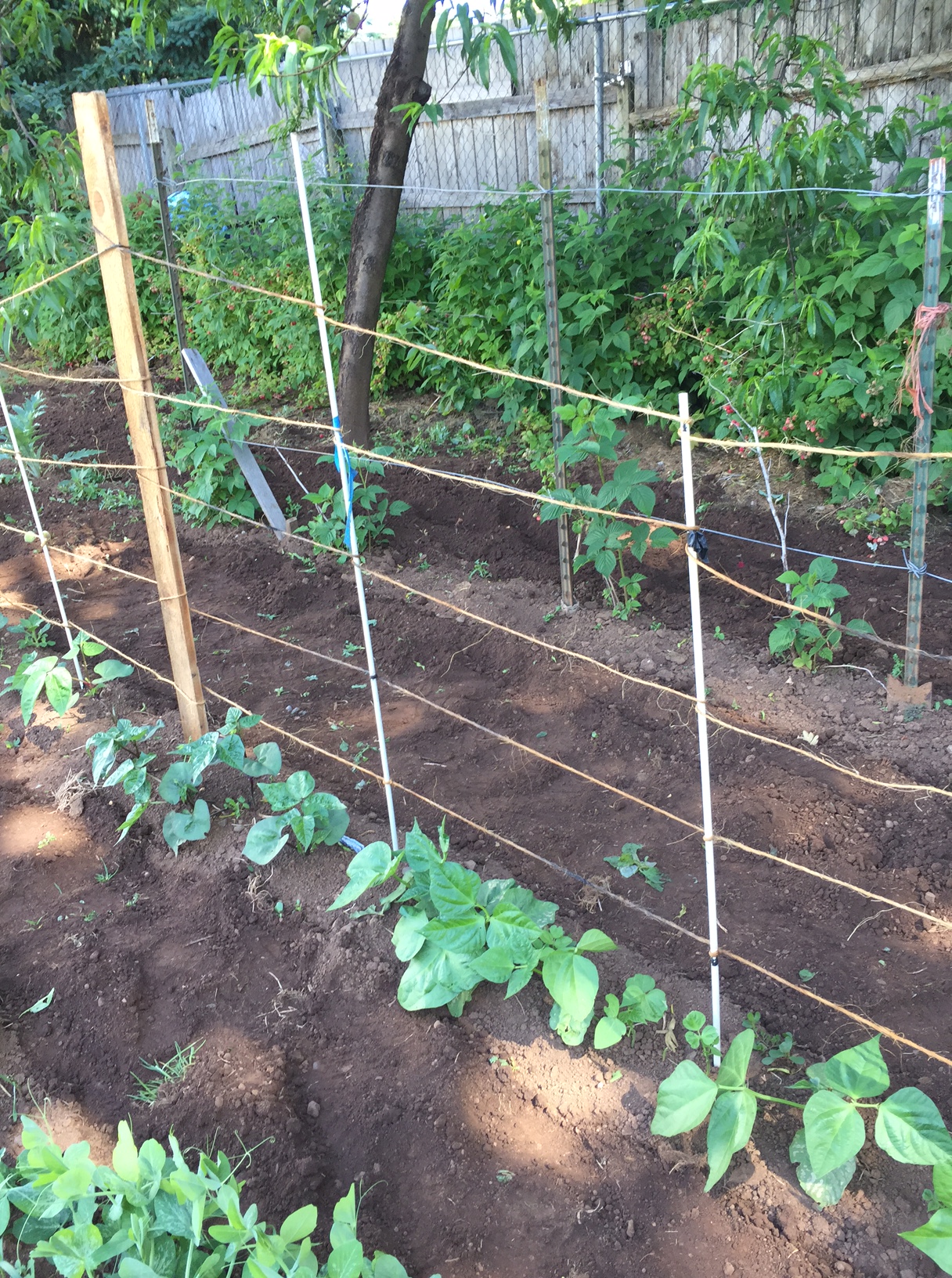 In the meanwhile, the garden continues to grow nicely.  Rob did get in there and till one morning, and we put up a little trellis for the pole beans to climb.  Half of these are Purple-podded pole beans and the other half are Blue Lake.  Pole beans will produce until frost, which will mean we will have fresh beans for a long time and I won’t have to can as many.

We’ve been eating lettuce frequently and I picked a gallon of snow peas.  I harvested a little broccoli and made broccoli soup.  There have been a few raspberries each day.

Throughout the busy, busy week, we were able to pack picnics and cook at home.  I used my Instant Pot to make spaghetti sauce from scratch one busy night and we ate that and the soup several times.  We also had sandwiches frequently.  By Saturday night, Rob grabbed a little Chinese food for me, and Taco Bell for the others.  I was too tired to cook. I was even too tired to cut the crust off of Michaela’s peanut butter sandwich.  I cut it into quarters and I told her she had to bite out the middle and get rid of the crust herself.  (You have to understand autism to understand that that is a big deal to her–but I was proud of her–she went with the flow)  We got back to our house around 10, and I then slept like a rock and am now cheerful and ready for a new day!  It was a good week.