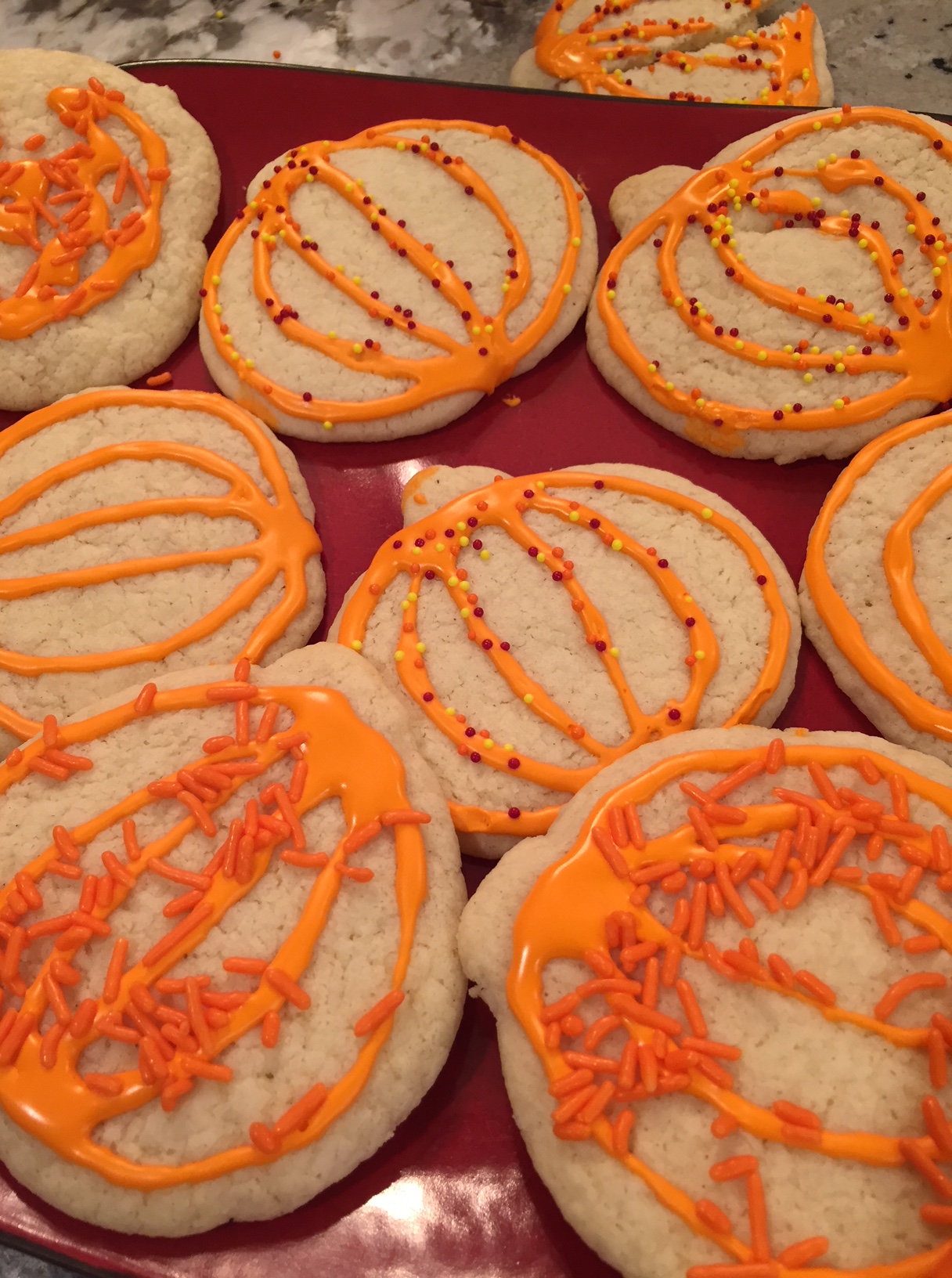 Yesterday, we celebrated Halloween.  Now, I must confess, Halloween is both Rob and my least favorite holiday.  For many, many years, we hosted an alternative harvest party of some sort, took the kids to one at church, or just did our own thing that night.  One time, in 20 years, we took the kids, including the nieces and nephew, trick-or-treating and we were completely worn out by the end, so we did not do it again.  To be fair, we tried to take them to every relative that lived within an hour’s drive of each other–lots of places, really far apart, nursing homes included, etc.   We were driving for hours, unloading them, visiting, and off again.  They were little, and it was just plain a lot of work.  All the relatives did enjoy the costumes, especially the elderly relatives who were in homes.  So, we went back to our regular ways.

However, when we got Patsy 4 years ago, Halloween was one of her most favorite things–a rare, good memory of times with her birth mother, a special evening she much looked forward to, a MAJOR BIG DEAL to her.  So, we decided that we would try to let her have some fun on that day/night, in a way we could all enjoy.  We saw no reason to remove one of the few happy memories/traditions she had from her past, but we did want to change the focus a bit from scary, gory, and dark to light, happy and fun.  In other words, keep the fun part, get rid of the rest.  To be truthful, we still don’t like Halloween much, but we do like our daughter and her feelings more than we don’t like Halloween, if you get what I mean.

For the past few years, we have spent the evening with the cousins. 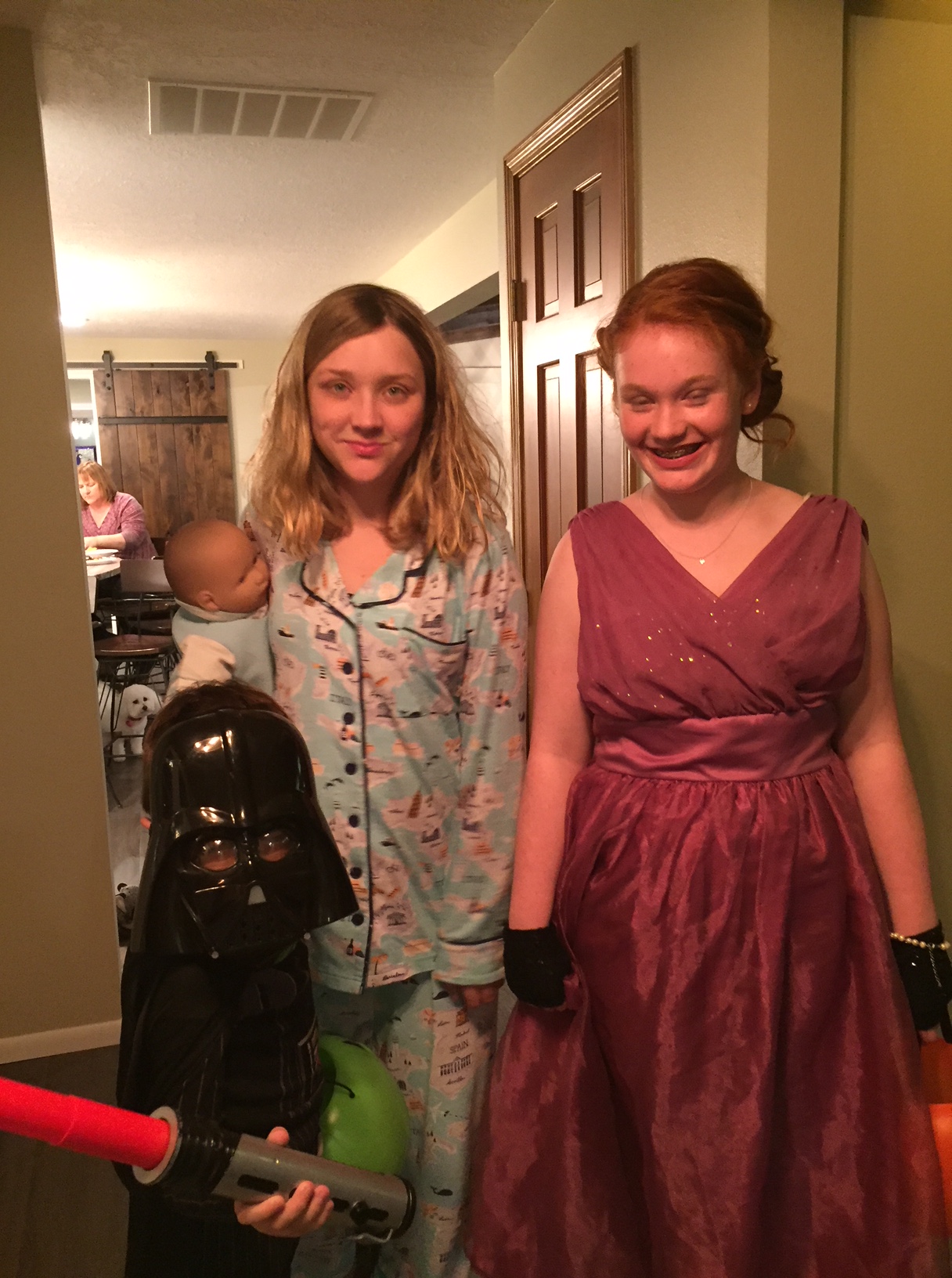 This year, Patsy was a princess, using an old dress I made years ago for Ja’Ana.  Alissa dressed up in her pajamas.  She recently got a job at a daycare for 2-1/2 hours each afternoon, and they were having the toddlers and staff wear pajamas Tuesday.  Jake, is Darth Vader, in a pair of pajamas, a cape, a mask and a light saber.  Just don’t call him that!  His name is Jake, and he is still under there, in case I was wondering:) 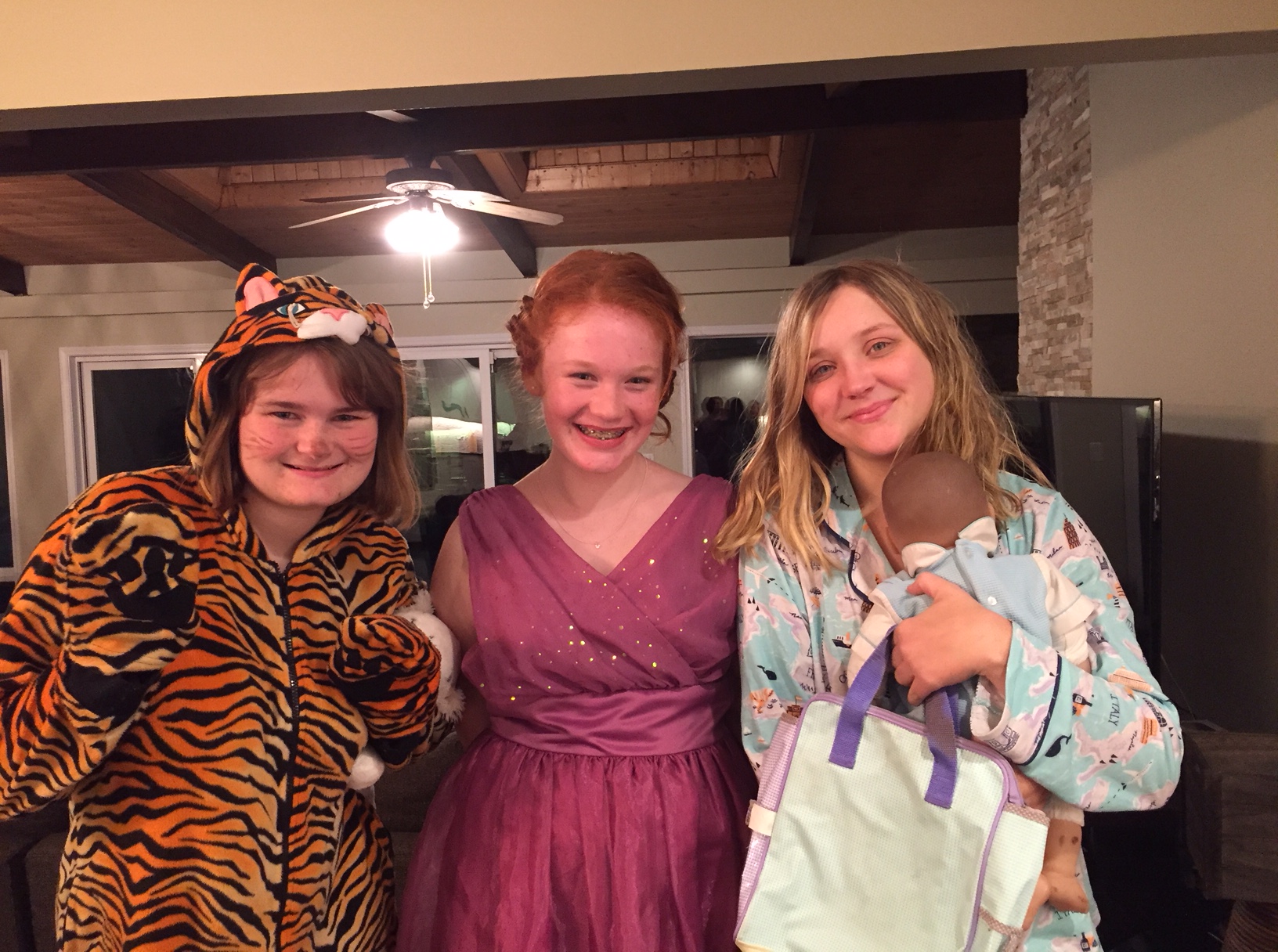 Last year, Uncle Rob started a tradition with Michaela.  She really, really wants to be involved with the whole trick-or-treat project, but after all, she is 20 now.  Kind of old.  So, she and Uncle got a bag of Reese’s peanut butter cups and drove around, following Jake and his helpers (anyone who would get out of the van and take him up to doors, from his sister Caitlyn, to Alissa, and of course, Patsy).  This year, he also had Heath bars, Snickers, assorted candy, and Starburst in the van for all of the, well, helpers?  This year, again, she scarfed down candy, this time with Lovana (who isn’t actually eating much candy right now, to be fair to her), Caitlyn, Alissa, Ja’Ana, J’s friend Angel, Patsy……. Yes, a party in the van, all for the sake of Jake and Michaela.  Of course, Jake and Michaela.  Anything for Jake and Michaela.  Lots of eager volunteers for this task:)

Earlier in the day, Michaela and I had cut out the pumpkin cookies, and baked them.  Jake was offered the opportunity of decorating them, but he was too excited for the party to start.  So, Caitlyn and I decorated them.  My sister made a taco bar, and we had everyone eat dinner before Uncle took off with them.  I stayed back at the house with my sister and brother-in-law,  handing out candy.  It was fun to see the kids in their costumes, and admire the pumpkins my niece had carved. 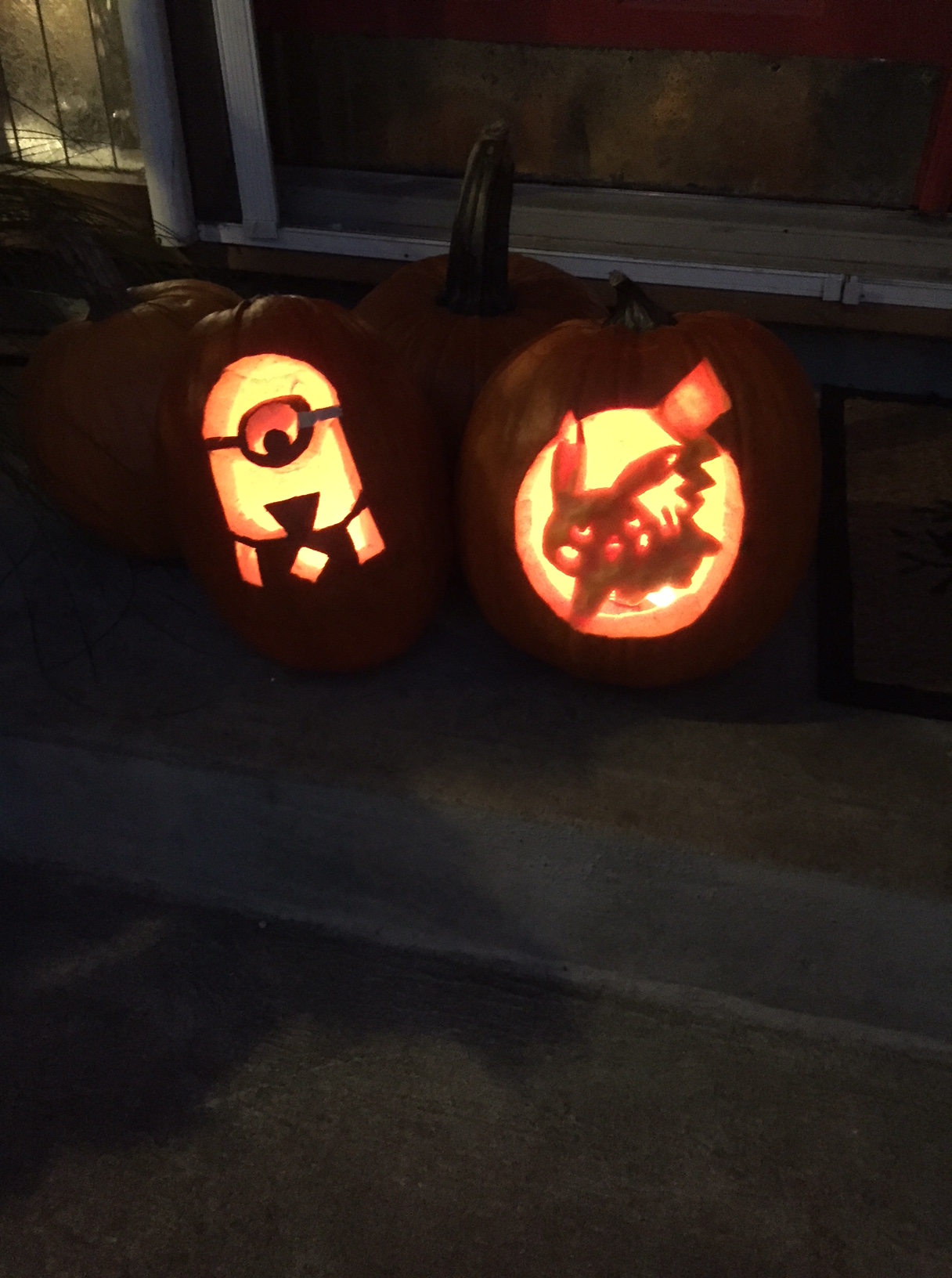 The kids coming up to the door enjoyed them, too, and she received a lot of compliments on her carving, which I passed on to her when she got back. 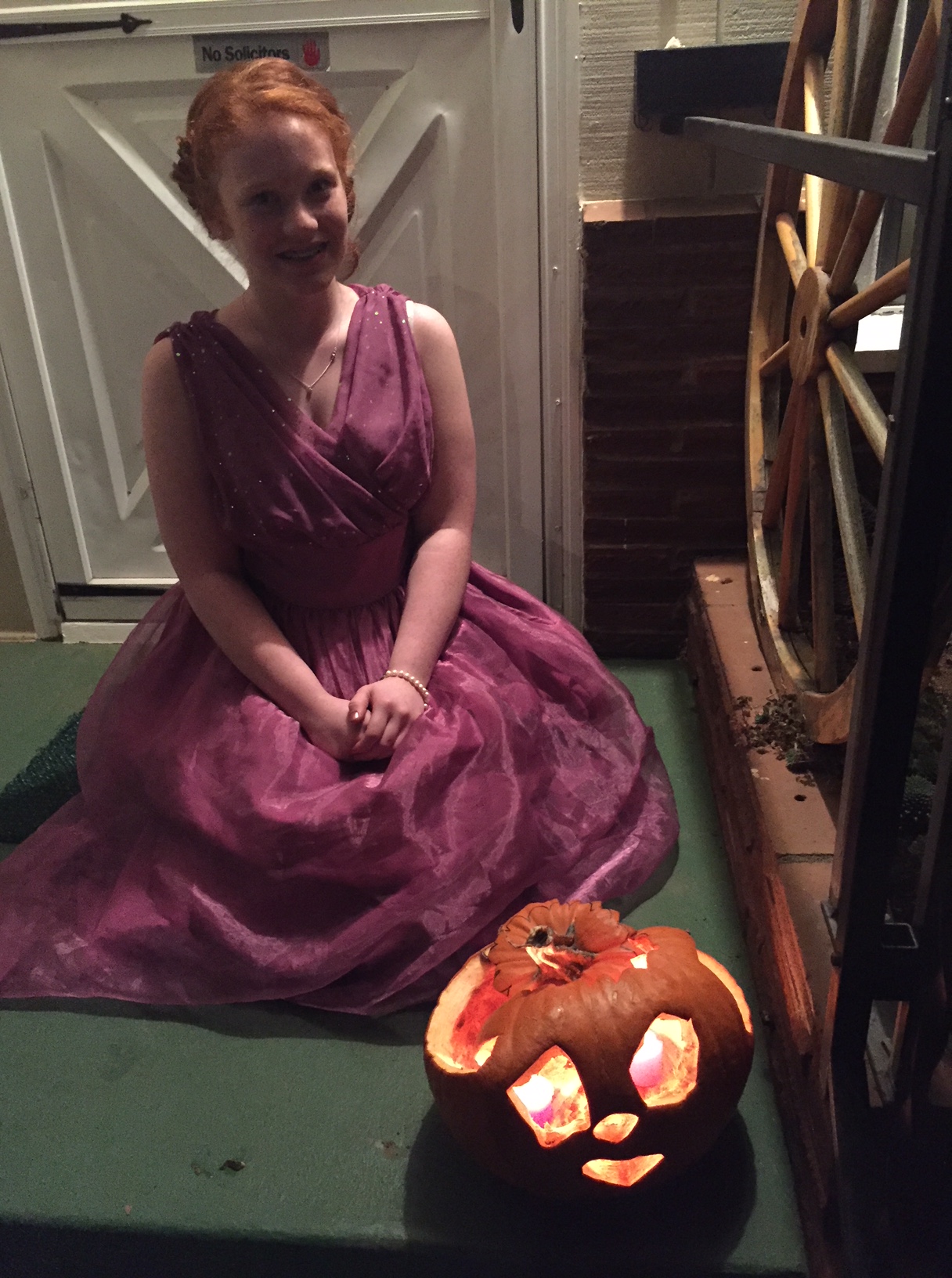 Patsy lit up her pumpkin as soon as we got home.  It’s about done for, already, but that’s ok.  Another Halloween is past, and now we are moving forward towards Thanksgiving, one of my absolute favorite holidays in the whole world.  I can’t wait.