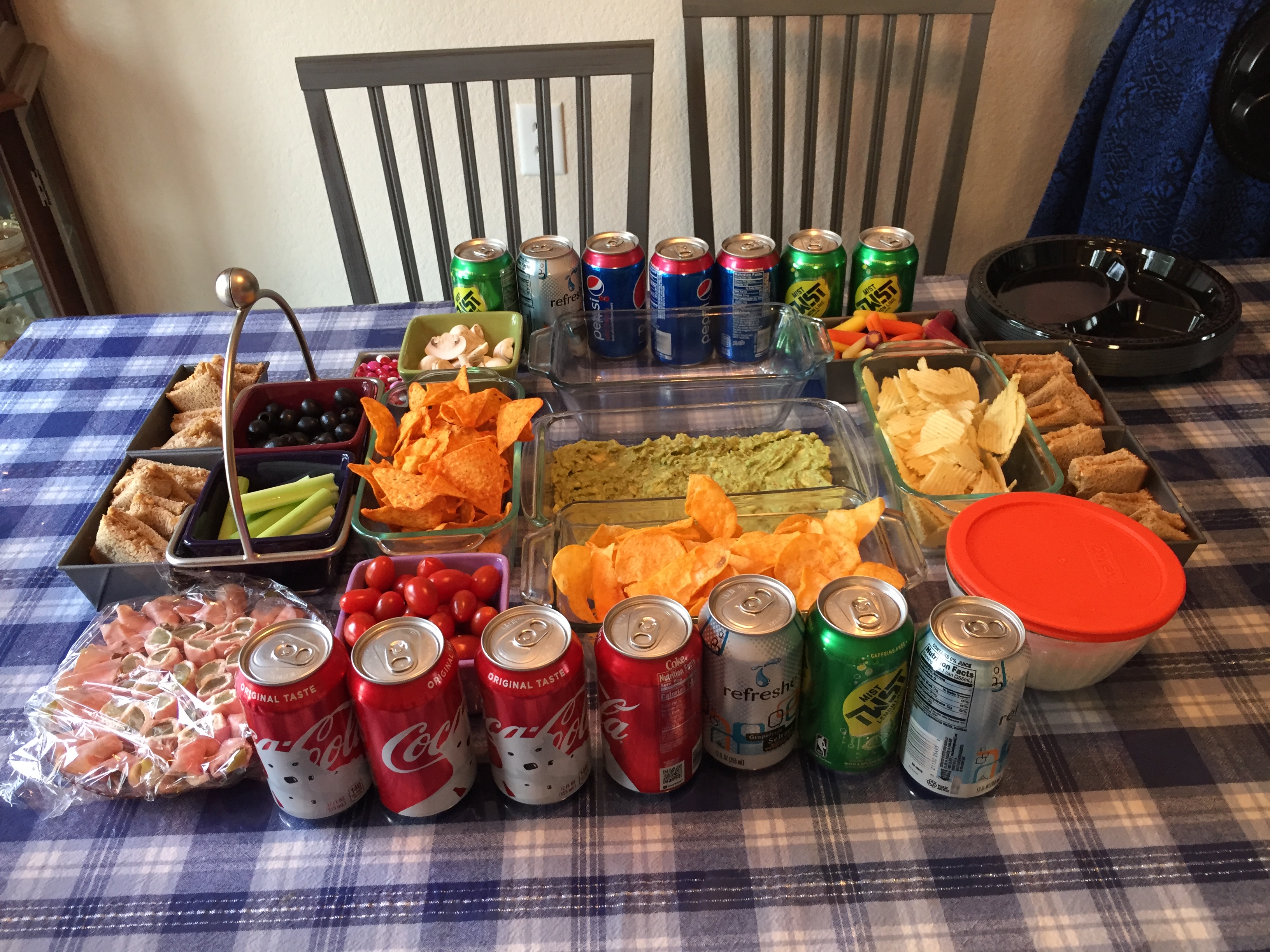 For the Super Bowl, I made a simplified version of a food stadium.  There were many ideas on the internet, and many of them bragged that it would cost only $25 or less to build the stadium (not counting the food).  I decided to look in the cupboard and pulled out lots of bread pans and other bowls and plates and made my own for absolutely free (not counting the food).

I also made the food quite simple, with a few treats thrown in. The little sandwiches were peanut butter and jelly, and plain peanut butter.  I made a pot of home-made chili and some turkey hot dogs.  Some people had chili dogs and some just ate hot dogs.  There were lots of veggies, and the bowl with the orange lid held simple dip.  On the left were pickle rolls–lunchmeat with cream cheese and a pickle, a family favorite that makes my crew feel like it is a special day.  My niece lined the soda cans up on the sides and said they were the people watching the game.  She had fun helping “build” the stadium. The guacamole in the middle was supposed to be the field.  I also made baked potato skins with bacon, green onions and cheese, but they were over on the stove for people to grab, along with the hot dogs.  I made some brownies from a mix I had, and put them in the one bread pan that is empty in the picture above. 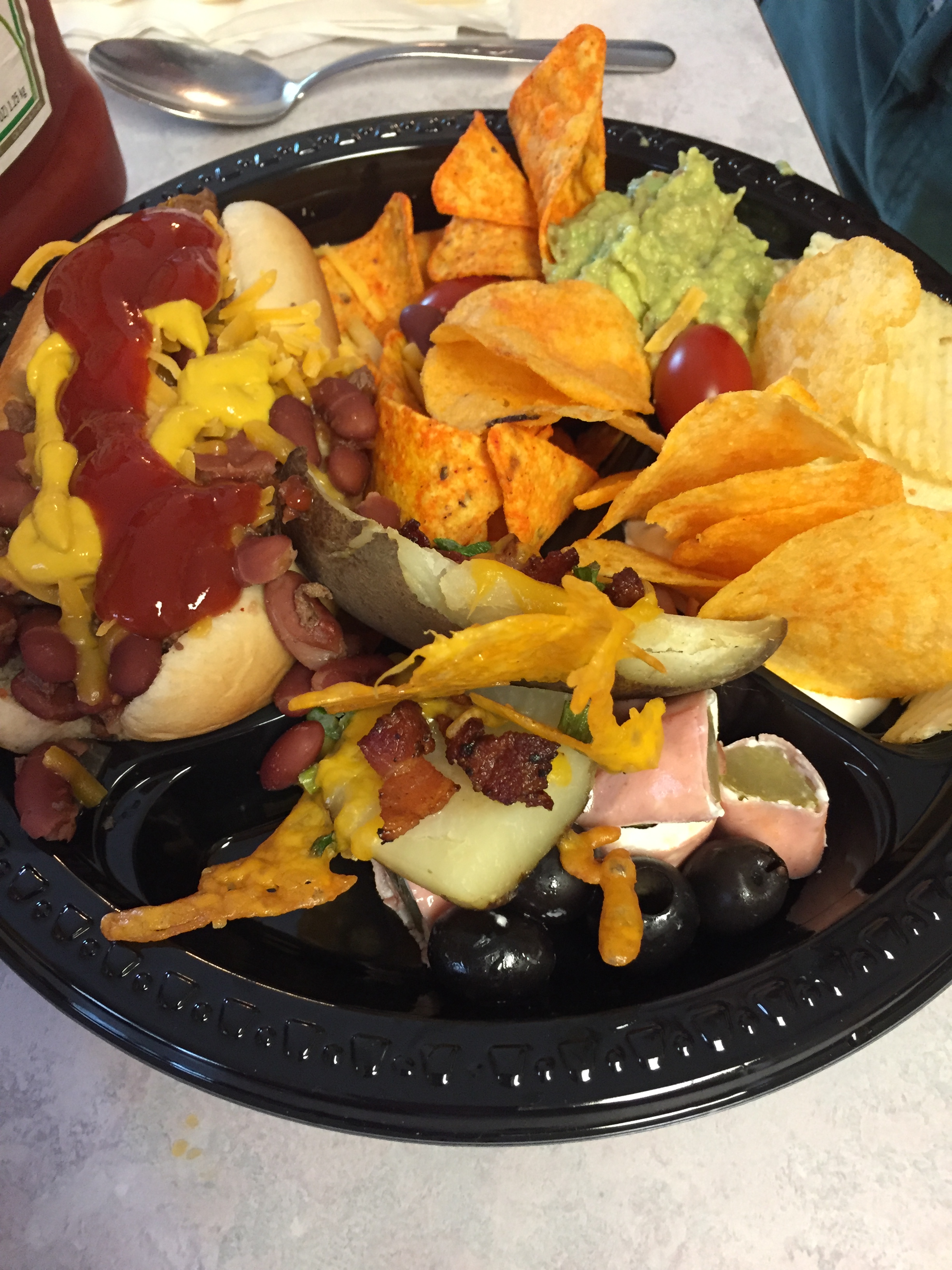 I was able to pull a lot of the food from the pantry, and people brought lots of chips.  Soda was only $2.50/box, and of course, hot dogs and chili are very inexpensive to serve.  Peanut butter sandwiches, using bread I got on the clearance rack were well received.  It’s a perfect example of how you don’t have to spend a lot of money to make an occasion special, and everyone had a great time.

The party was just a small one, and the food was what we ate for Family Sunday Dinner.  Some of the family was out of town, but my niece brought a few friends, so there were extra kids, which always adds life to a party.  Later in the afternoon, when the game itself was on, most of the family were already gone, and my husband watched it to his heart’s content.

It was a fun, simple party and everyone had fun!  I’m glad I did it.