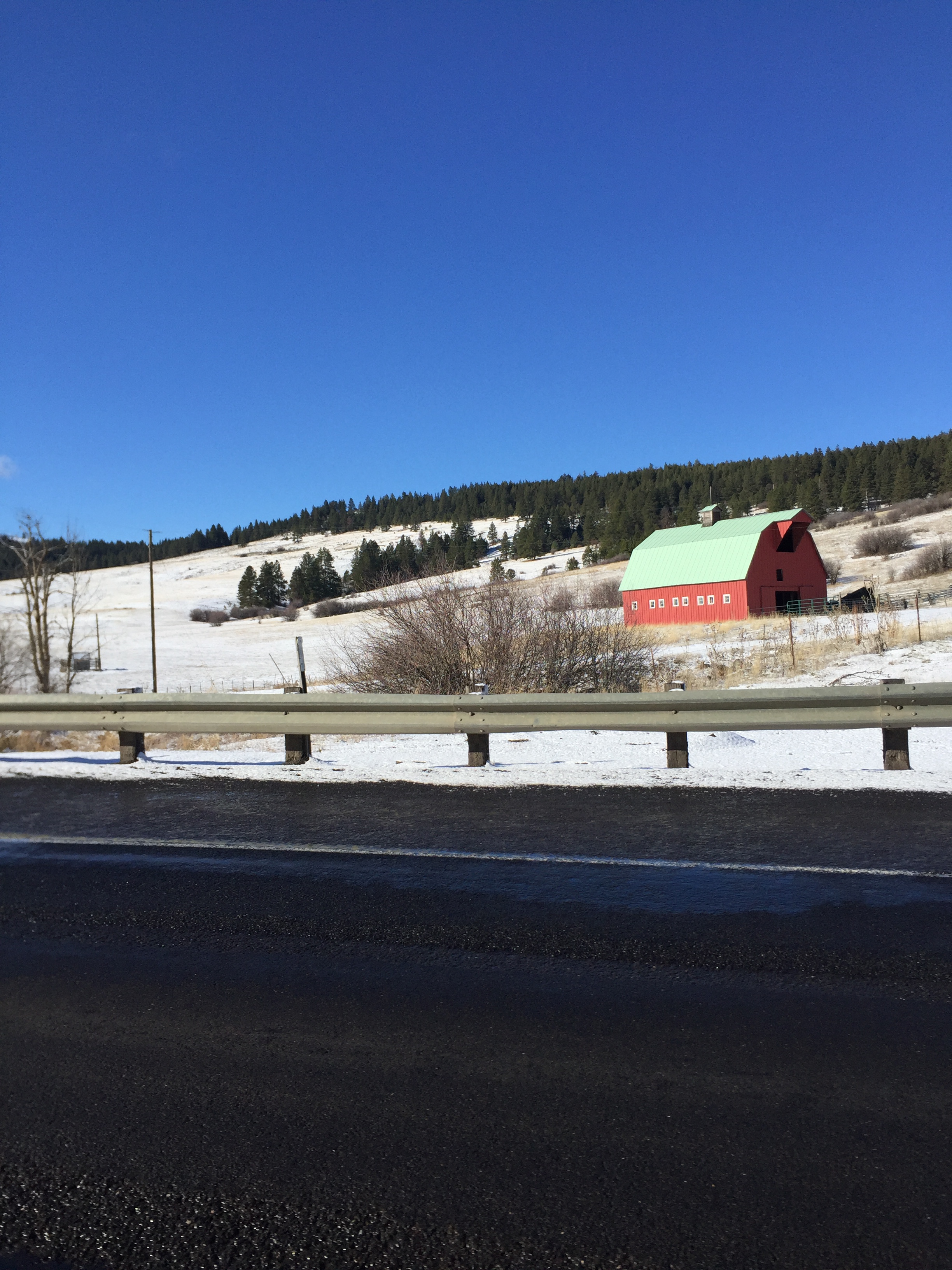 Rob and I had a wonderful weekend.  Getting away with just the two of us is very rare, and very welcome, and we had a ball.  We went to visit friends in eastern Oregon.

It took us a while to even get out of town on Friday.  Rob did not have to work, but there were many things to do before we could take off.  But, finally, the girls were all settled, the set of chains was purchased, and the doctor’s visit was finished, and we were finally off.  We bought the chains from Les Scwaub, and we can return them after April 1 if they are unused.  Thankfully, we did not have to use them, but it got a bit dicey at one point, so I was glad we had them, just in case. 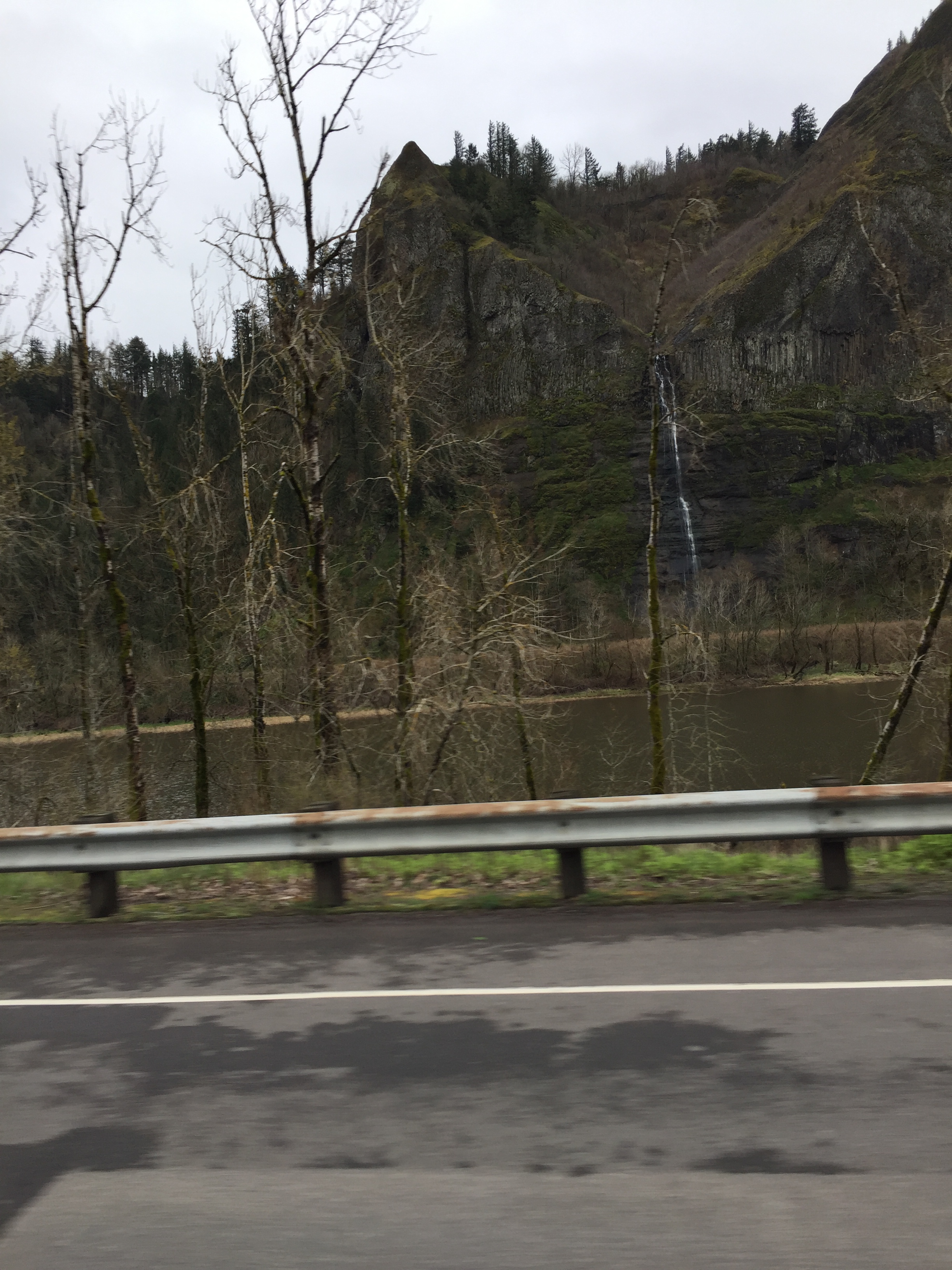 Oregon is divided into 2 distinct climates.  On our side, the western one, it rains profusely and constantly, and so is green and lush.  The temperatures are quite mild most of the time.  The eastern side of Oregon, what I call the wild side, has a harsh climate, with cold winters and hot summers.  We drove up I-84, through Portland and along the Columbia River, through the gorge.  Little waterfalls frequently trickle down the steep sides, and it’s a very beautiful drive.  On our return trip, we were able to spot several groups of mountain sheep, grazing on hillsides so steep it is a wonder they did not tumble down when they reached for a tantalizing mouthful of grass.

We were able to see quite a bit of fire damage from last summer’s blaze.  Crews were busy at work, salvaging logs from the burn, and there were areas that were nothing but blackened trees poking forlornly up from the sad ground. But, there were also lots of areas where the fire had moved quickly through, leaving many living trees.  We did not stop at Multnomah Falls, although there were quite a few cars there, especially on the way back.  A lot of the old scenic highway is closed, and many trails are not accessible now.  It’s going to take a while for the gorge to recover, but it isn’t as bad as I feared it would be when I watched the blaze on tv last summer. 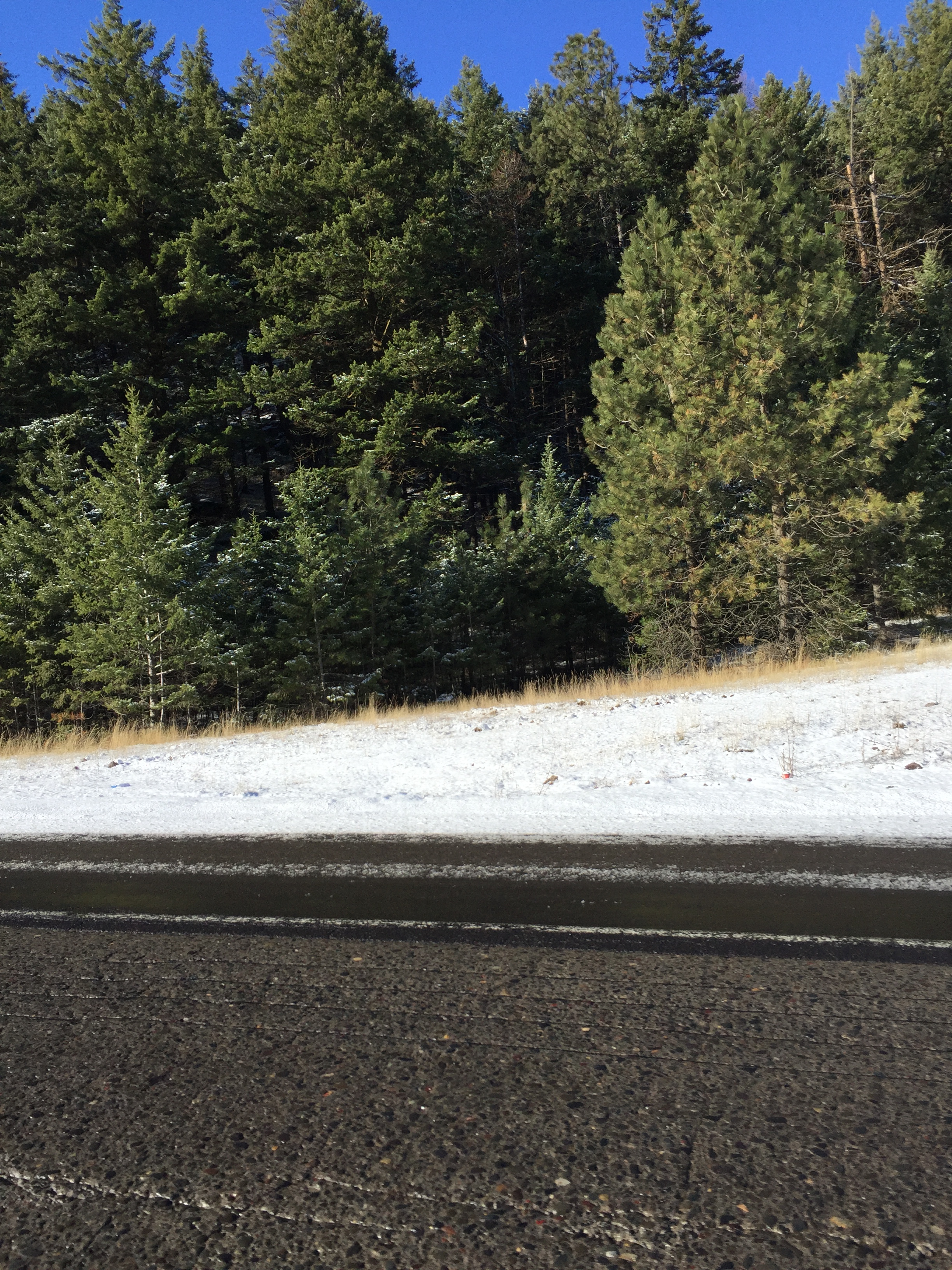 After passing Pendleton, there is a steep grade to climb, a pass we’ve always called Cabbage Hill.  Our late start caused us to hit this pass right as the light was fading away, and it was soon gone completely. To make it a little more interesting, it began to snow heavily, and visibility was pretty low.  It was quite dark when we finally crested the summit, in the pouring snow, and I tell you, we breathed a sigh of relief.  The snow was just starting to stick a bit, but we cruised on through before it became an issue.  We went on to La Grande, where we stopped for the night. 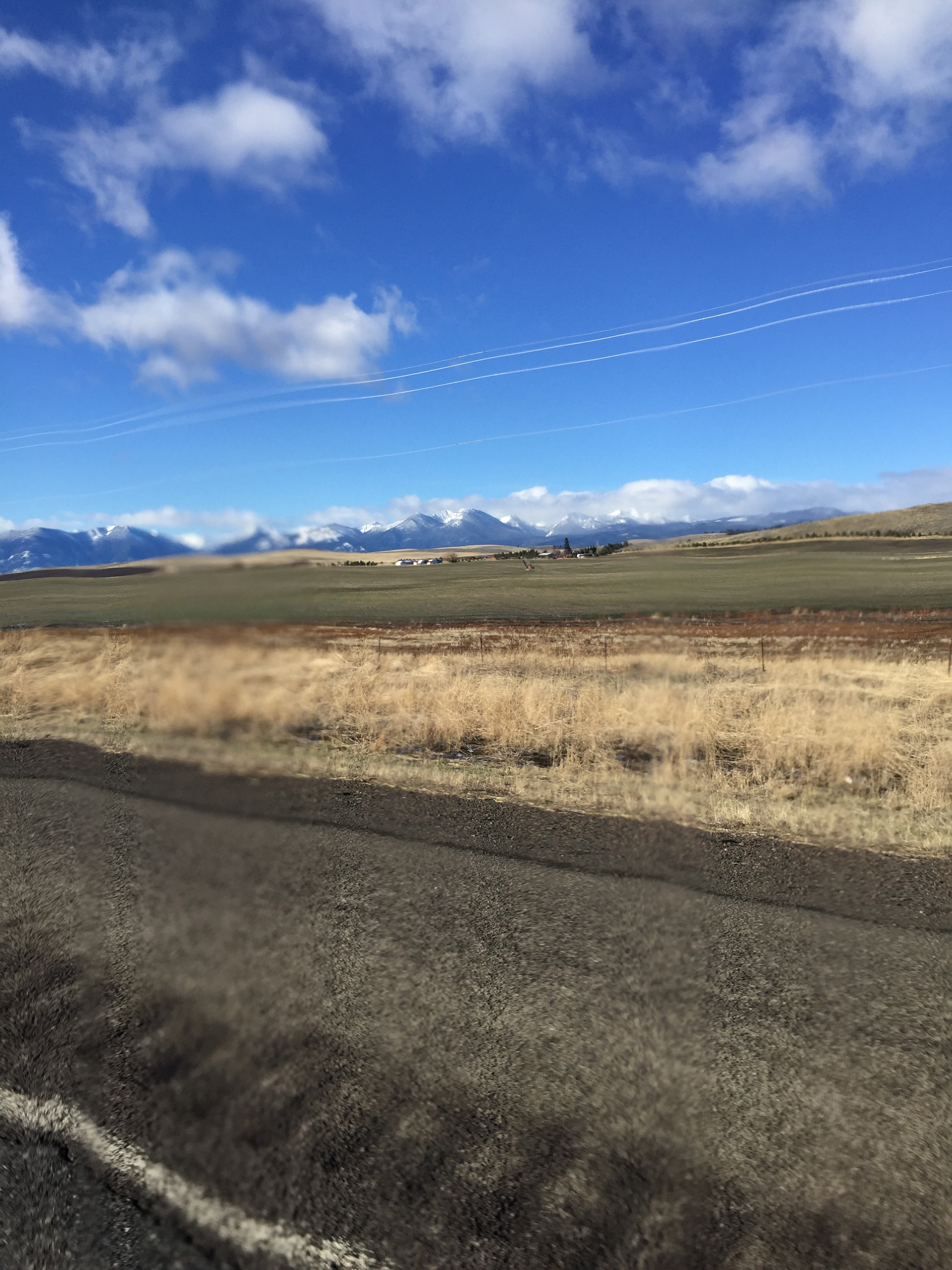 It snowed some more in the night, but the roads were good, and we headed further east Saturday morning.

We had a wonderful time with our friends on their ranch.  We just spent hours and hours catching up with each other.  We did absolutely nothing but goof around and eat.  She is a marvelous cook, and made things like frittata, roast from their own beef they raised on the ranch, tacos, and more.  I chopped an avocado here and there, but she spoiled us rotten for the most part.  They have a camper “guesthouse” like we do, and we stayed in there.  I enjoyed the walk we took, looking at the garden area, chickens, goats, and so on.  I came home with a lot of rest, a bag full of eggs, home-brewed kombucha she made for Rob, and a handful of recipes to try, feeling very satisfied with all the visiting we got to do.  E-mails and texts keep us in touch, but there’s nothing like getting to visit for hours and hours on end to make us both feel like we are completely caught up on each other’s lives. 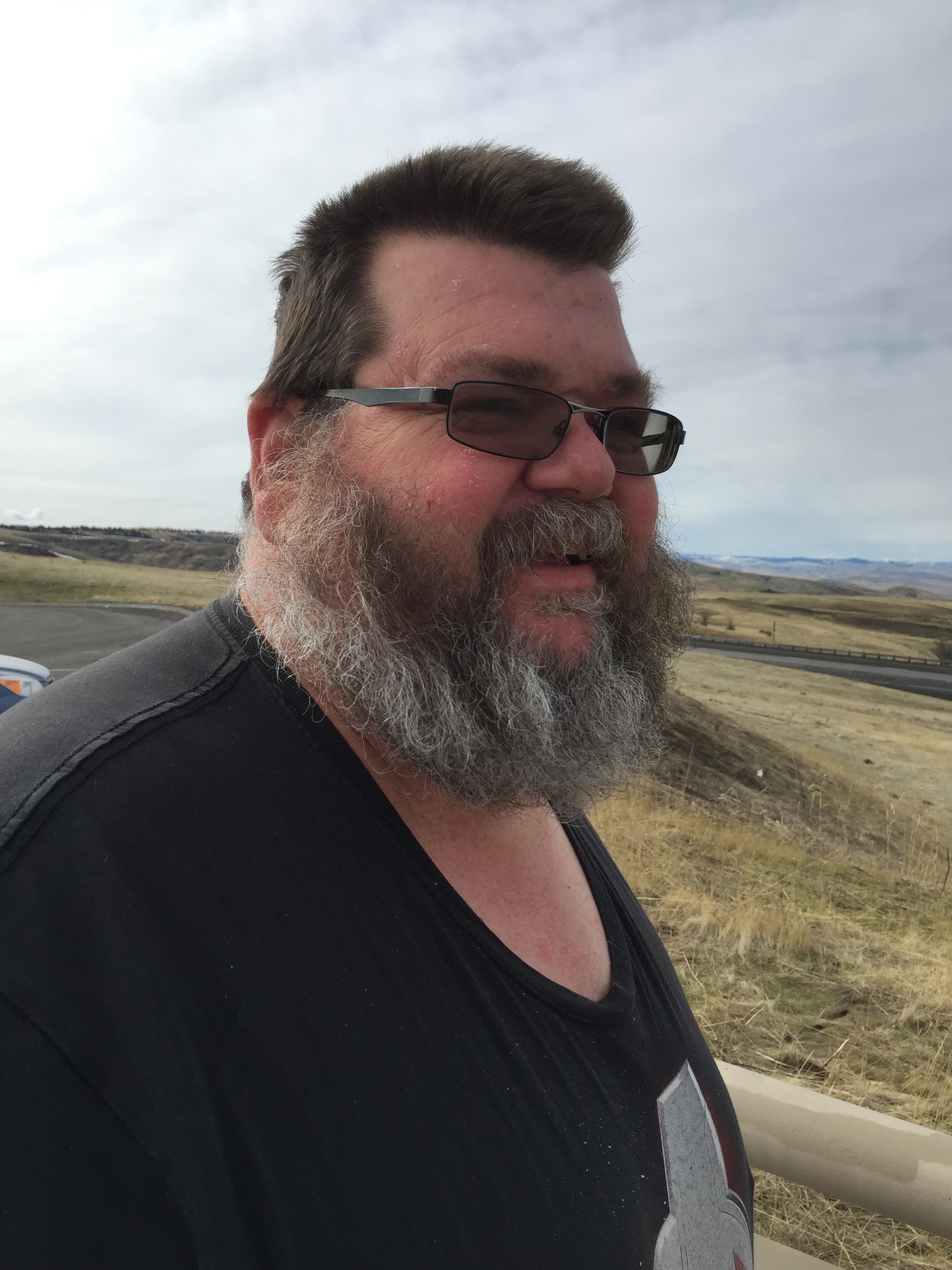 Yesterday, we drove home.  We drove it all in one day, which was so nice.  We were able to visit and talk with each other, make plans for the upcoming weeks, and just enjoy each other’s company in a way that’s hard to get, and rare for us. 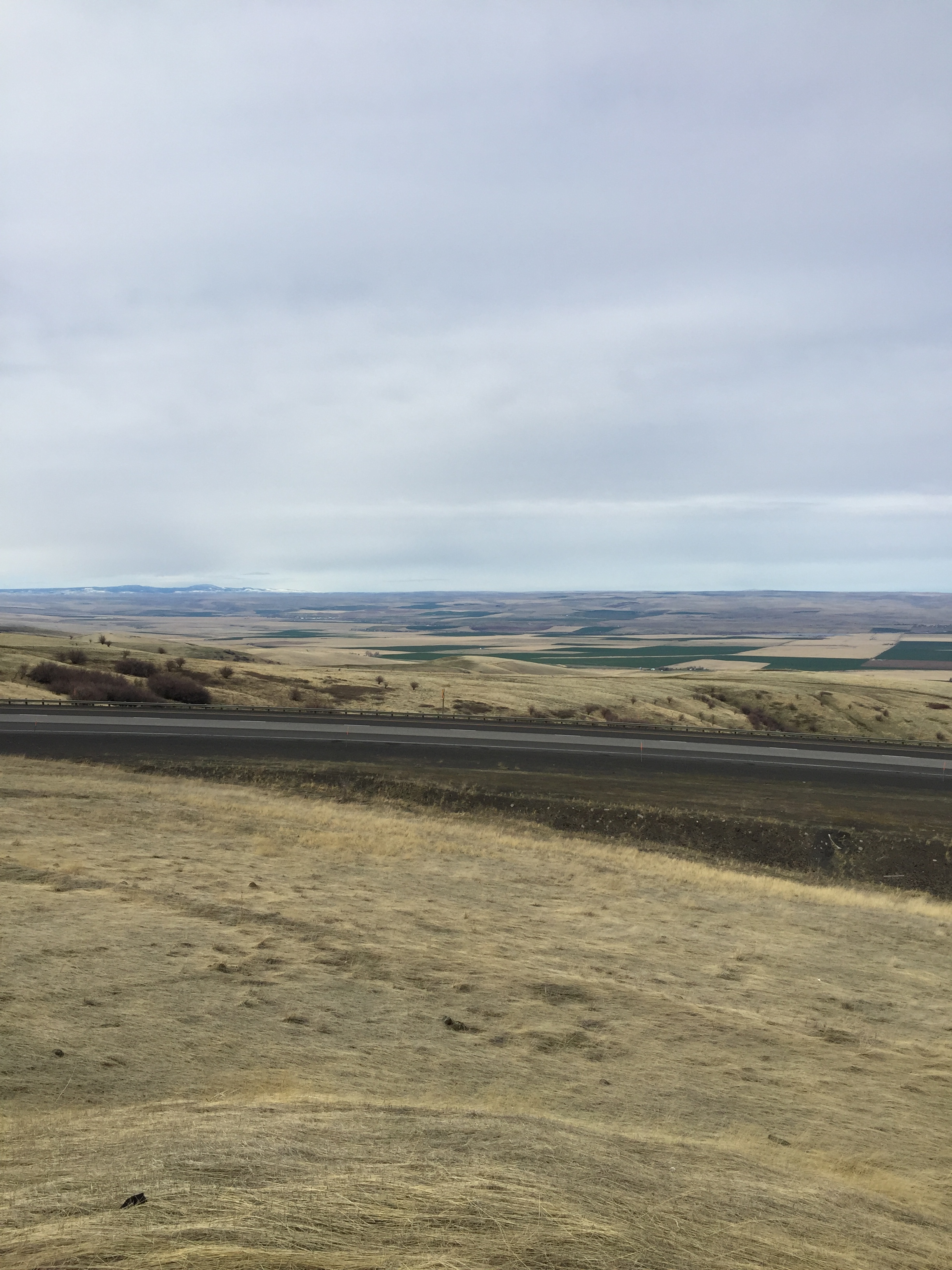 I appreciate the beauty of eastern Oregon.  There are many amazing places, and I loved my visit.  But, as the landscape gradually merged back into the green, lush scenery I am used to, I was once again thankful for the chance to live in the area that I do.