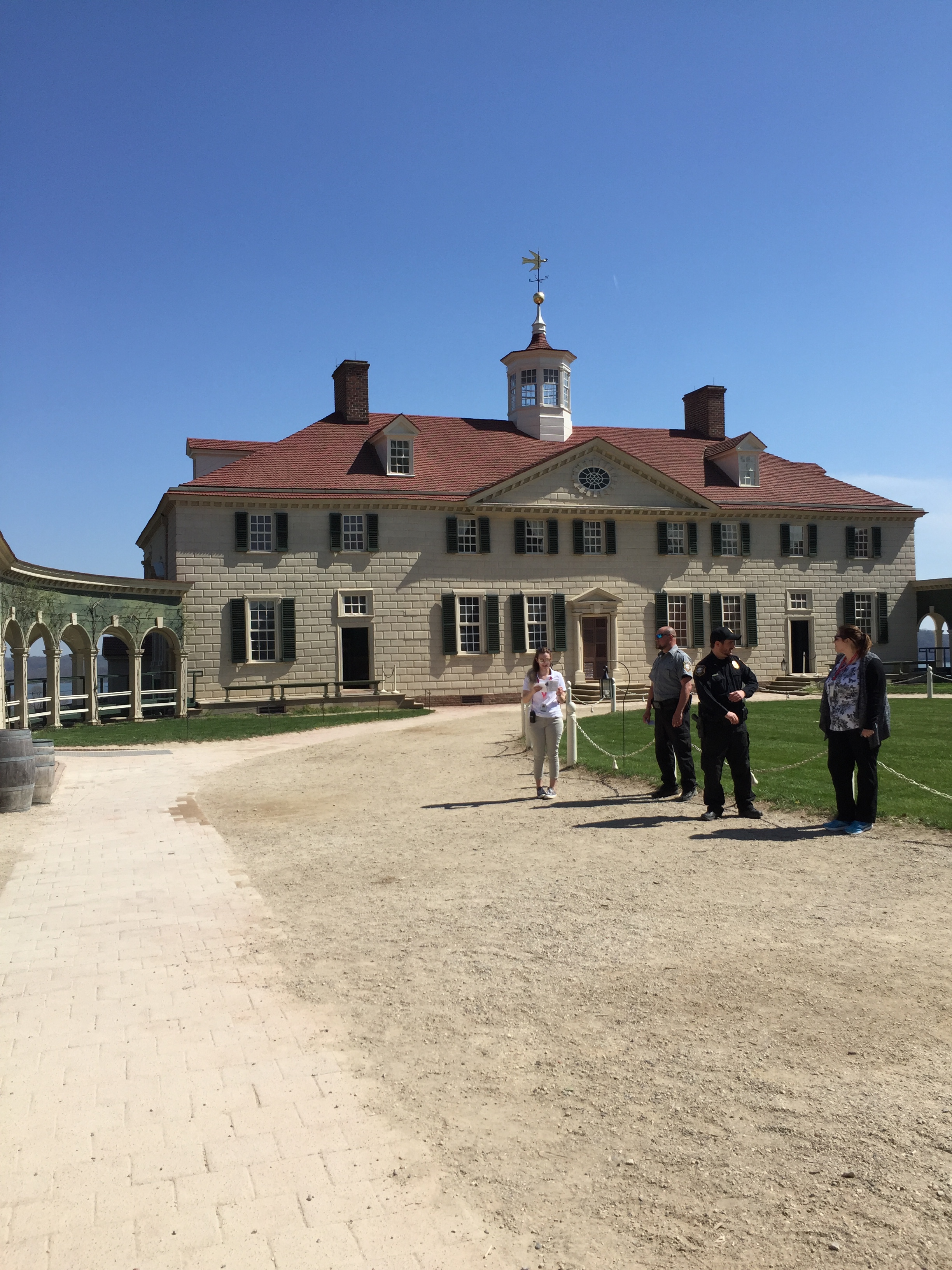 We spent a day at Mt. Vernon, George Washington’s home.  We spent the entire day getting there on the Metro and a bus, enjoying the site, and going back on the bus, then Metro.  It was so informative and so fun!  We had a lovely day, which actually got up to the low 80’s, which was pretty hot.  Around 11, we ate lunch at the inn.  It was delicious and we had no trouble finding a gluten-free option. 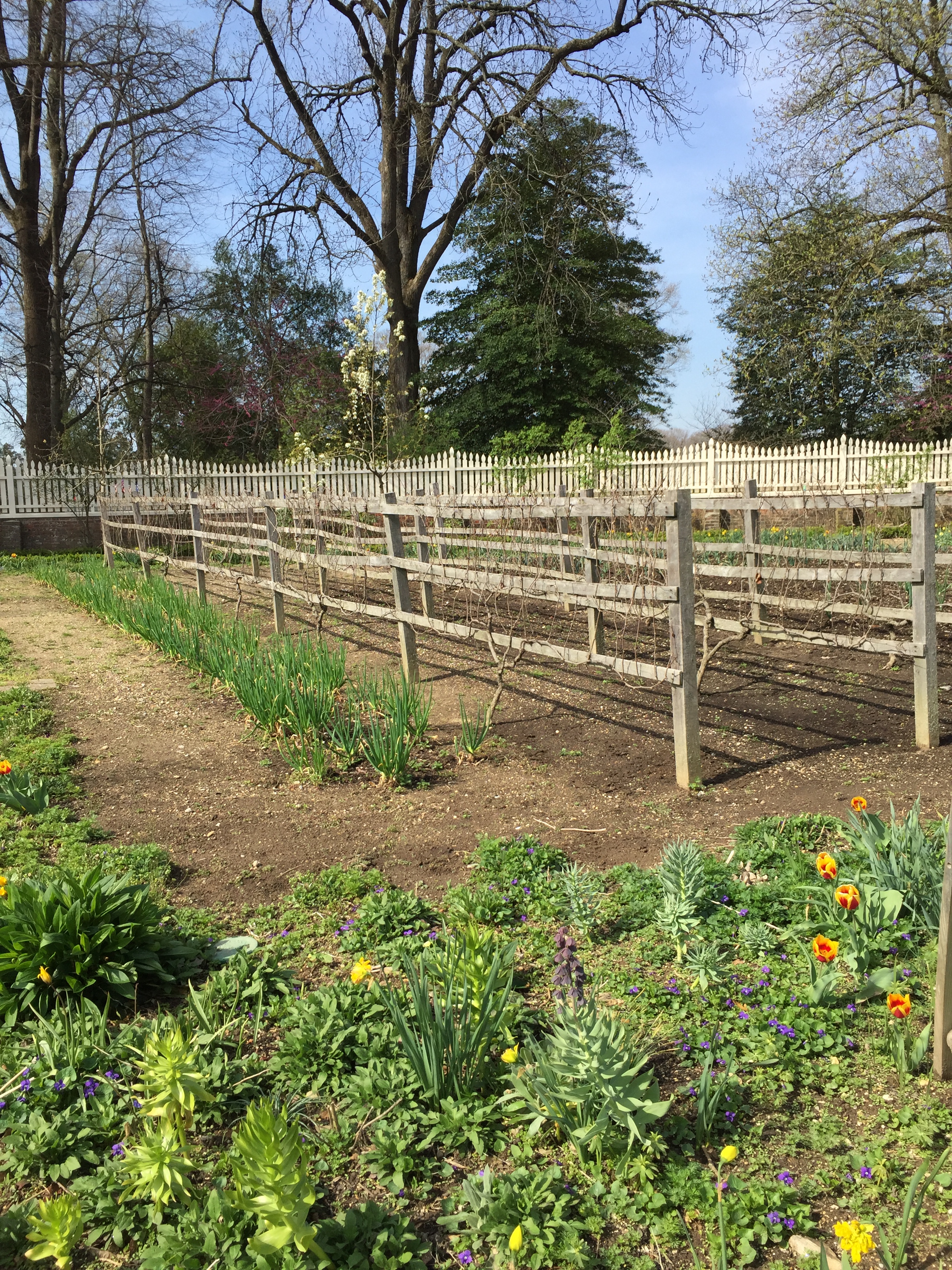 Of course, I loved the gardens.  I also enjoyed the farm section and the walk around the estate.  I got some flower seeds that had been collected from the gardens and brought them home for Patsy and I to plant in the garden–sunflowers and spider zinnias. 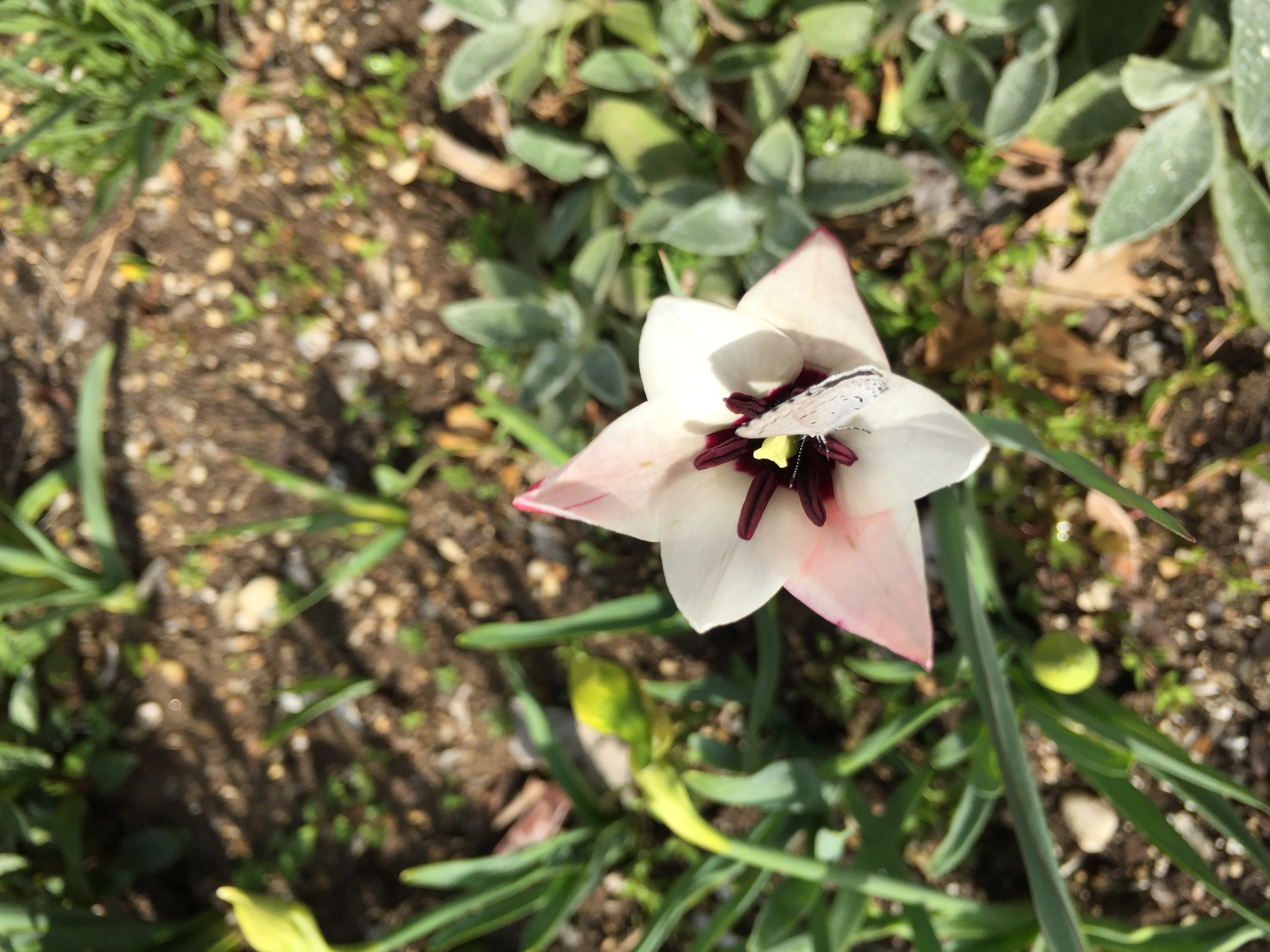 I sure wanted the butterfly to open up for the picture, but it wouldn’t. 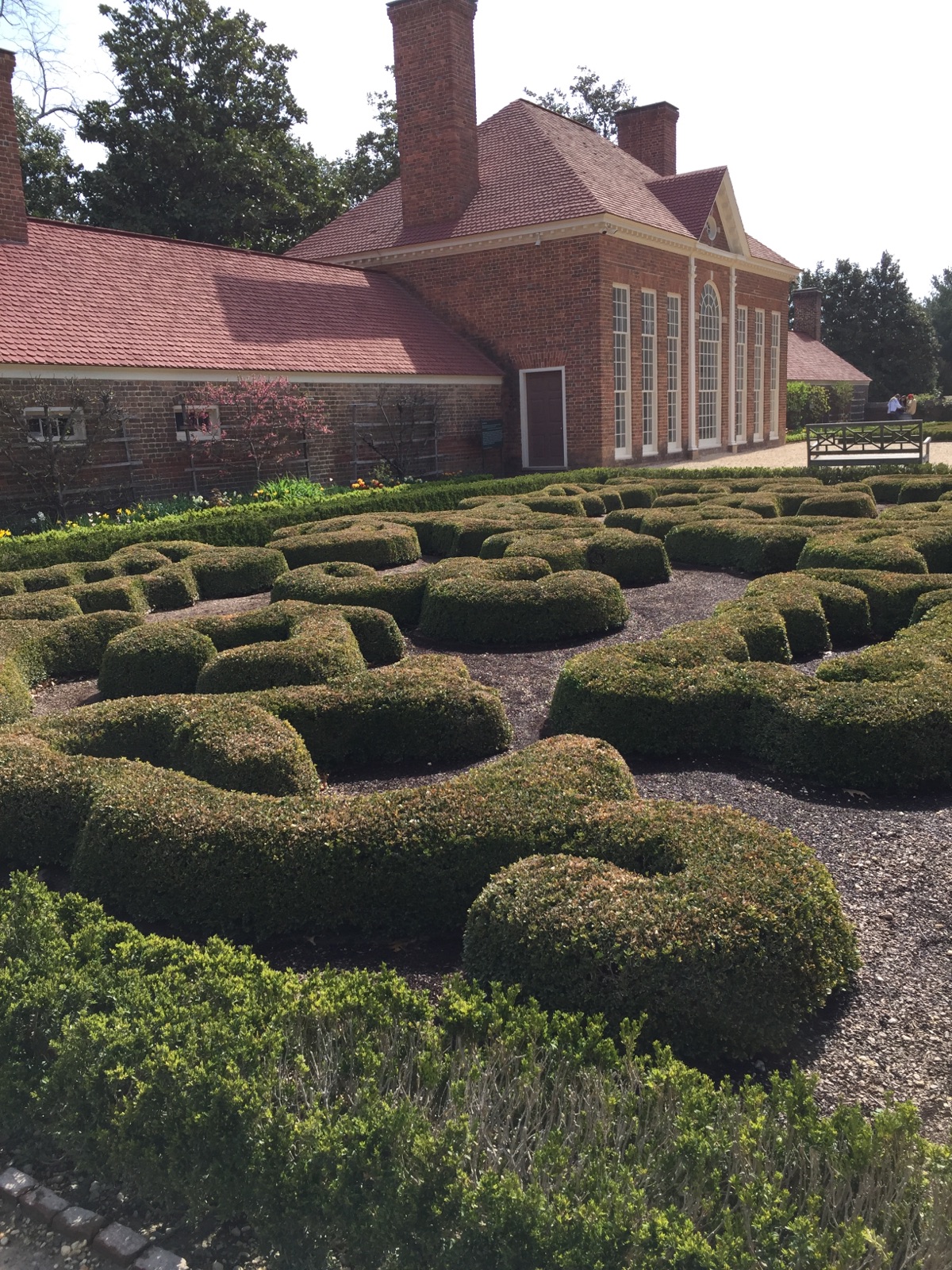 The building in the background is the greenhouse.  We went in there for a presentation by an actress, who was acting the part of a slave woman from the time period. 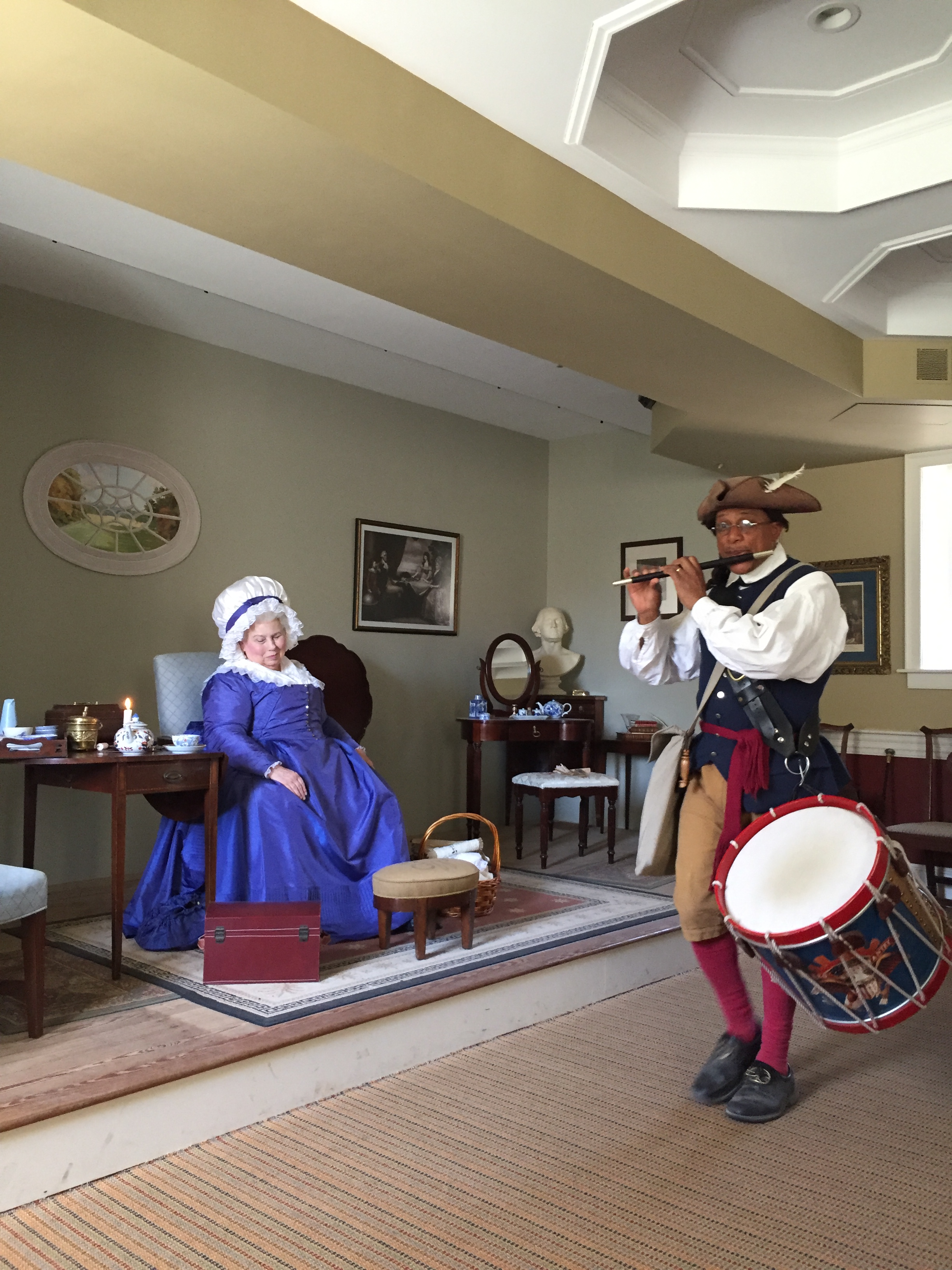 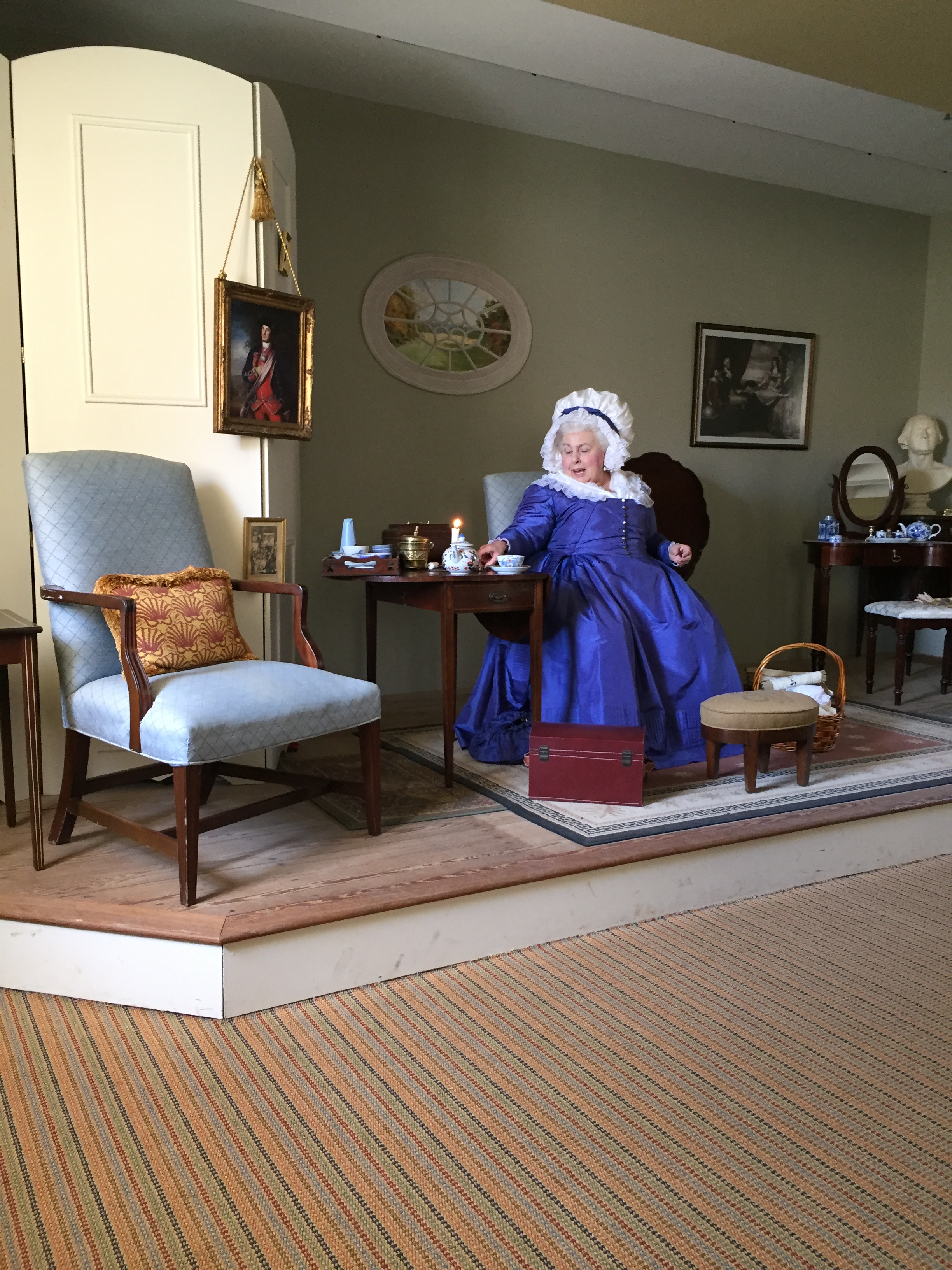 We loved the actress and actor.  She played the part of Martha Washington and he was a soldier.  She told many, many stories as if she was George’s wife, and stayed in character amazingly well. He did not stay long, just played a song or 2, talked a tiny bit, then went off to march around outside.  We stayed in there for a long time, but could have stayed all afternoon and they say we would not have heard the same story or information twice. This woman was my personal favorite.  We stayed and listened to her until she left.  She was playing the part of the slave who was the seamstress for the plantation and was so convincing that there was a time where I had tears in my eyes.  She took questions from the audience and answered as though she was really the character.  It was amazing!  We saw a few more people who were dressed up and acted out different parts, such as the blacksmith, and another slave, and a footman/servant. 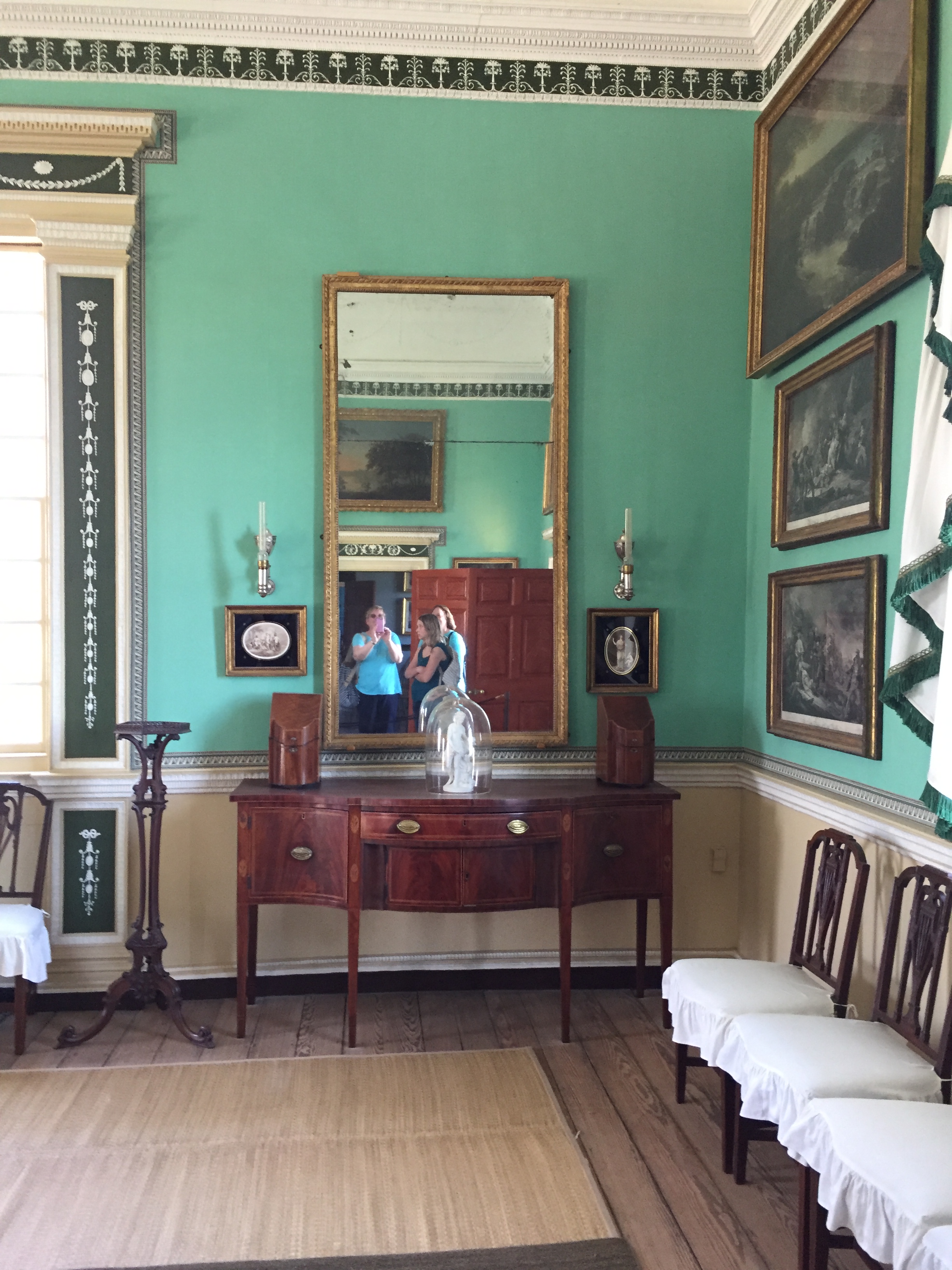 We toured the mansion and the outbuildings. 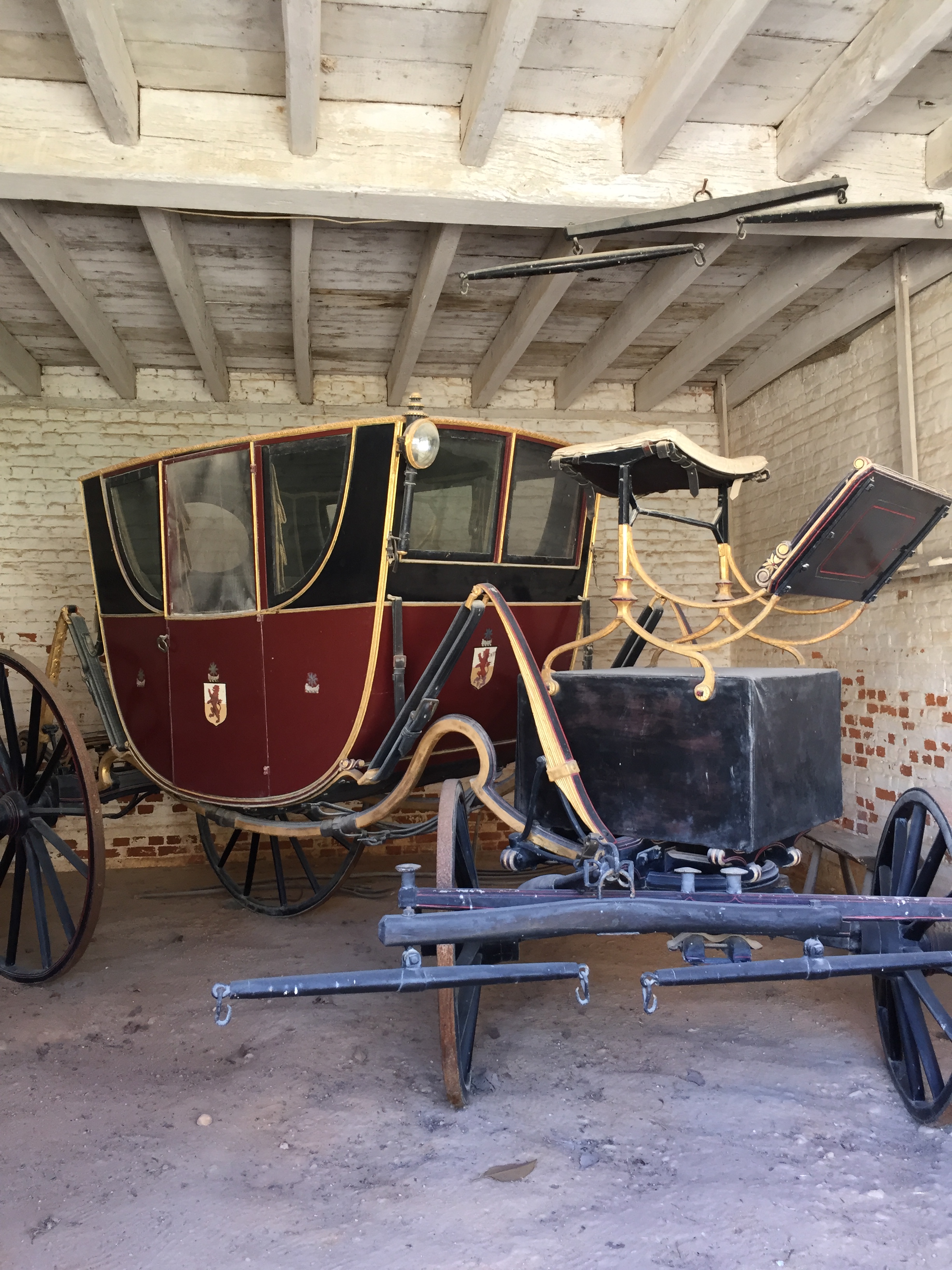 The carriage was so cool and perfect. 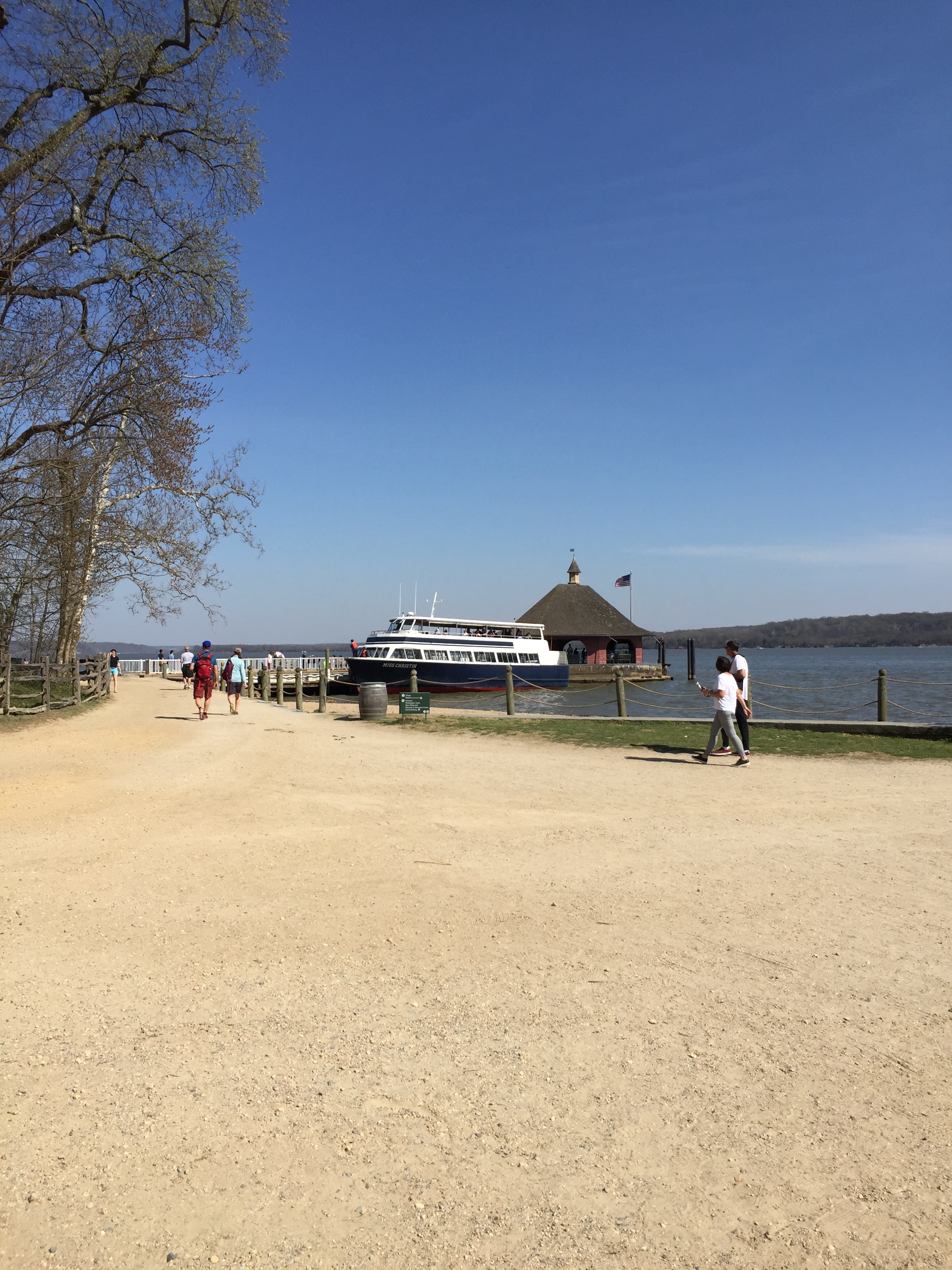 We ended our visit by walking down by the river.  We saw the boat that some people rode on, the barn, the fish shack and the lower pastures and gardens.  Then, we caught a shuttle from the lower area back to the visitor’s center and grabbed a drink at the cafe.  We had so much fun, but were definitely ready to go back to the townhouse.  It was a great day.