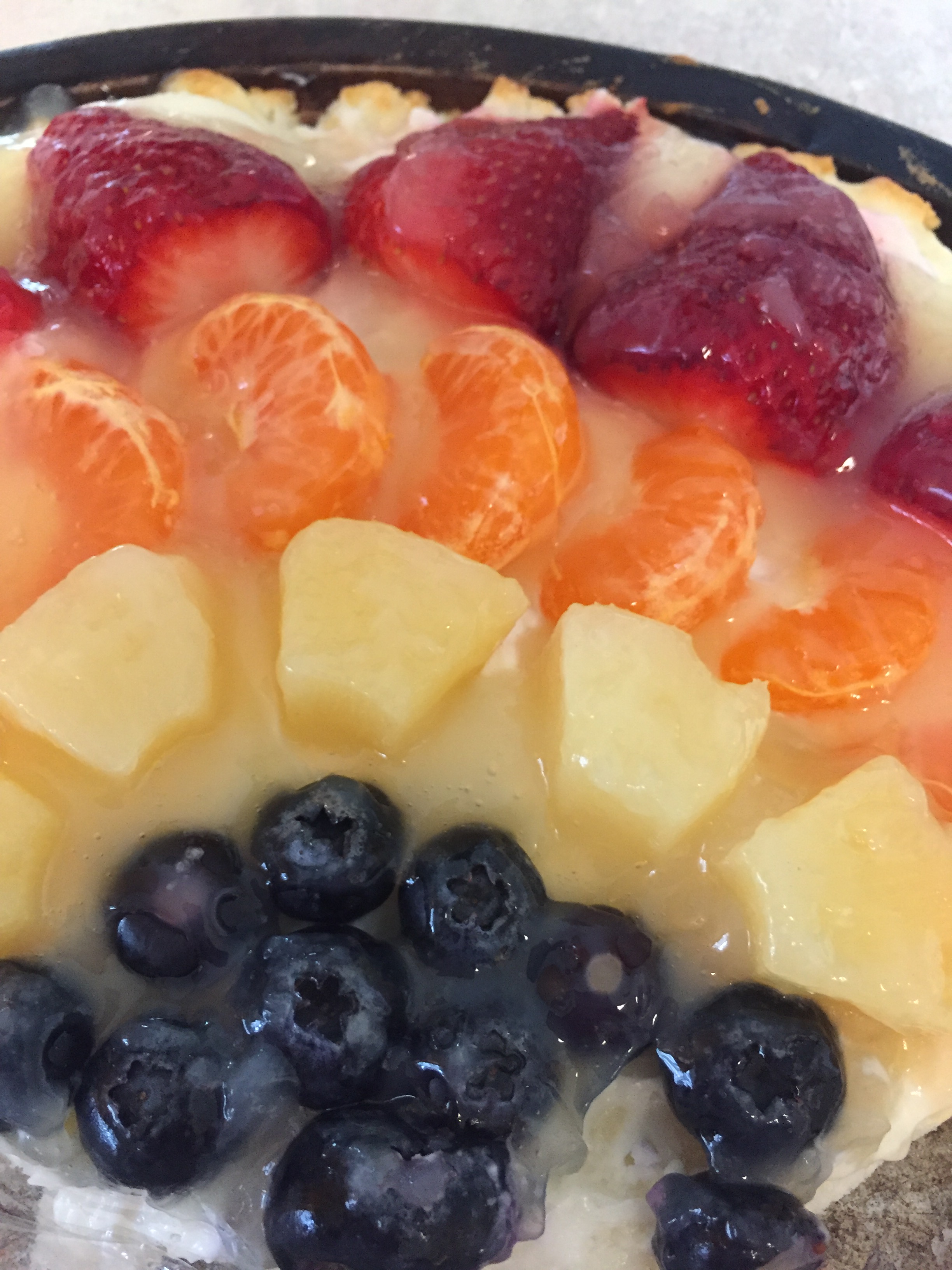 This week has gone so quickly, that I can’t believe it’s time for another weekly update post already!  Let’s hope I can remember what I did!

I made several food items.  The picture is of a fruit tart.  I made 2 of them, one for us, and one for the teens on Tuesday night.  They were well-received in both places.

I cooked broccoli soup with a mixture of frozen garden broccoli from last summer and some frozen mixed veggies that weren’t looking too good anymore.  It came out great, and I felt virtuous using up those veggies in a way that made them taste good.

We ate a lot of the ham I got for $1.29/lb last week, and froze the rest.  I also made broth from the bone, and will cook with it tomorrow or Monday.  Rob BBQ’d chicken.  We are still working on the pulled pork I made last week, as well.  It seems that food lasts much longer around here than it used to when more kids were around, eating more.  I will freeze some of that, too.

I helped with another brunch for the teens’ mission trip.  This time it was a Mexican-themed meal with breakfast burritos.  I took fruit, cheese, and tortillas.  I was especially happy to sign up for the tortillas, since I got them on super sale for 49c/package last week.

I made homemade popsicles several times from apple juice and from leftover peach juice from home-canned peaches.  Some of those even had the last peach in the jar in them, in chunks.  It’s been quite warm and those get eaten as soon as they get frozen and then I make more right away!

I exercised twice at the YMCA, and took several walks. 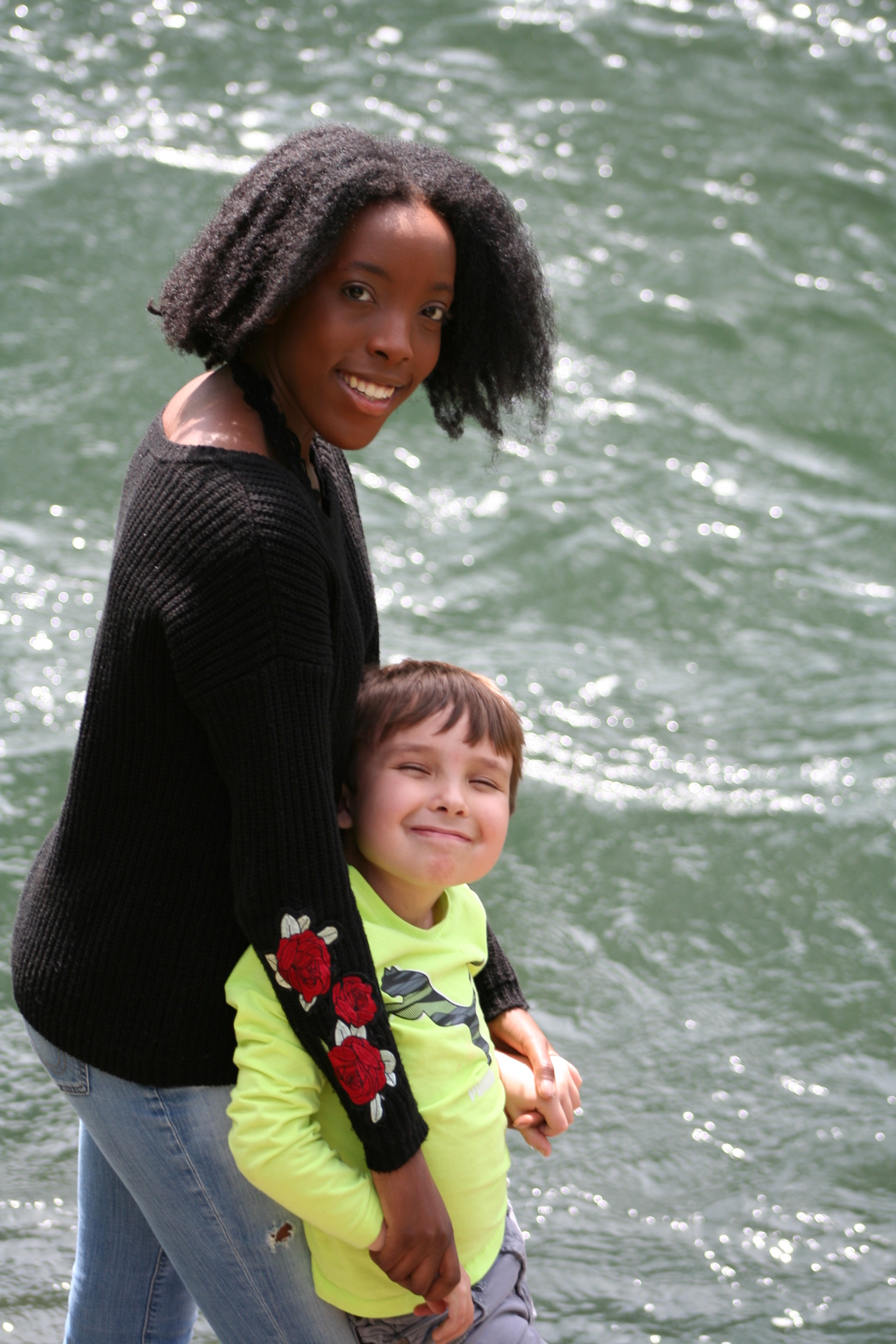 The senior pictures (not this one, clearly) got chosen, edited, and sent in to Walgreens, where the graduation announcements/party invitations got printed.  Now, to send them out. My husband found a coupon code for Mother’s Day for the pictures, and we saved a bundle.  Since we were buying them regardless, I was delighted to get a discount. 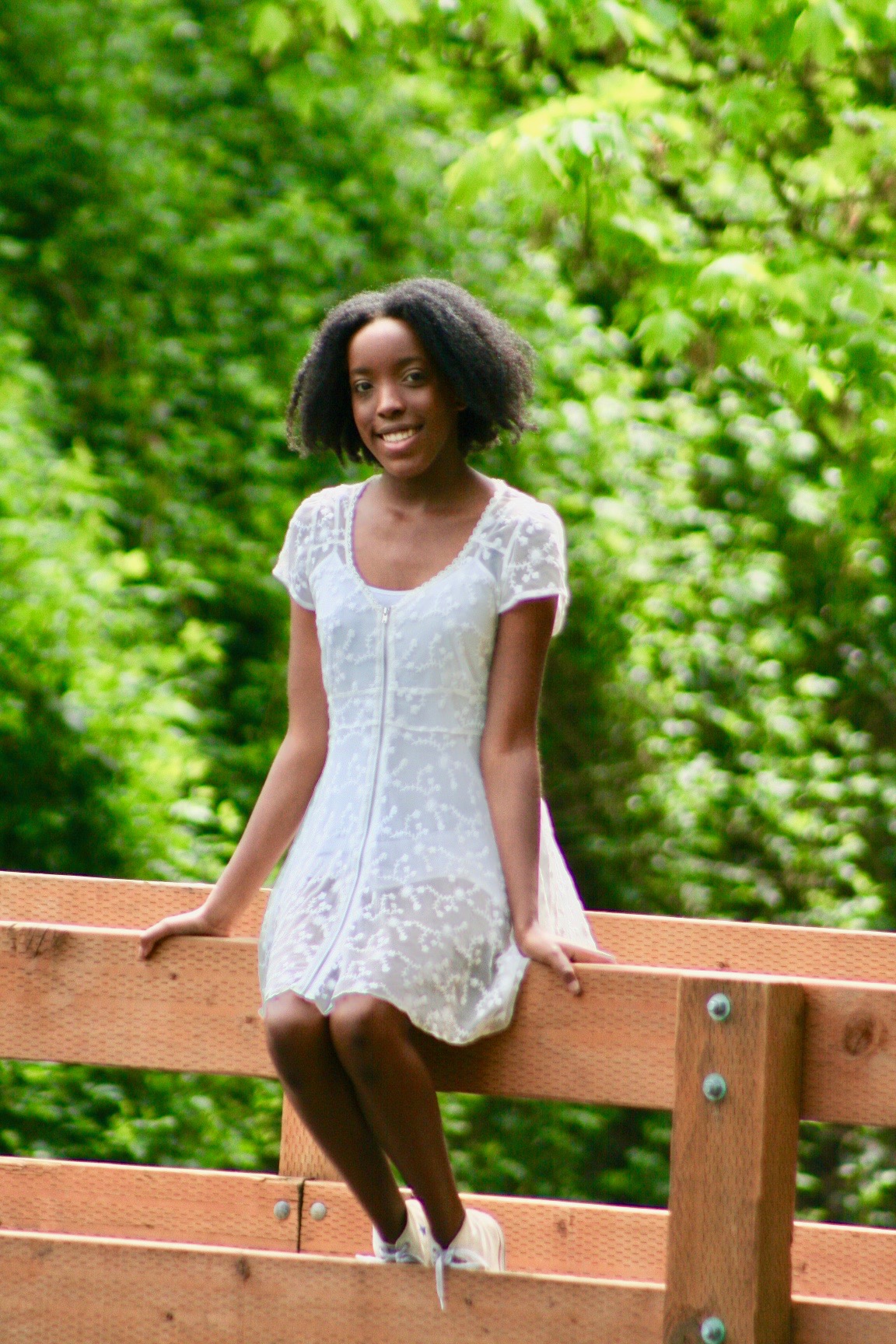 I signed up for the Ibotta app. I’m going to try it out and see if it is worth the time it takes, or not.  At this point, I have 1/2 of the amount of points loaded onto it to get the free $10 they offer you to try it.  (If you are as clueless as I was, it’s an app that you load coupons onto before you go grocery shopping, then take pictures of your receipt and send them in, and they basically give you a few cents of rebate money for each offer you redeem). I did not buy items I did not want, and have $5 in rebates already.  There were things like 25c off of bananas, 25c off of anything, and 75c off of Udi’s gluten-free bread and so forth.   My plan is to finish up the other $5 this next week, to get the free $10, then decide if it’s worth it or not.  You can cash it out when you reach $20, which I will do next week, if all goes as planned.  If you want to try as well, my code is: dxkbnkp.  (When you sign up, you can enter that referral code, you will get $10 and I will get $5). I’m also just fine if you don’t want to mess with it—I sure stayed on the fence for a long time before I signed up:). 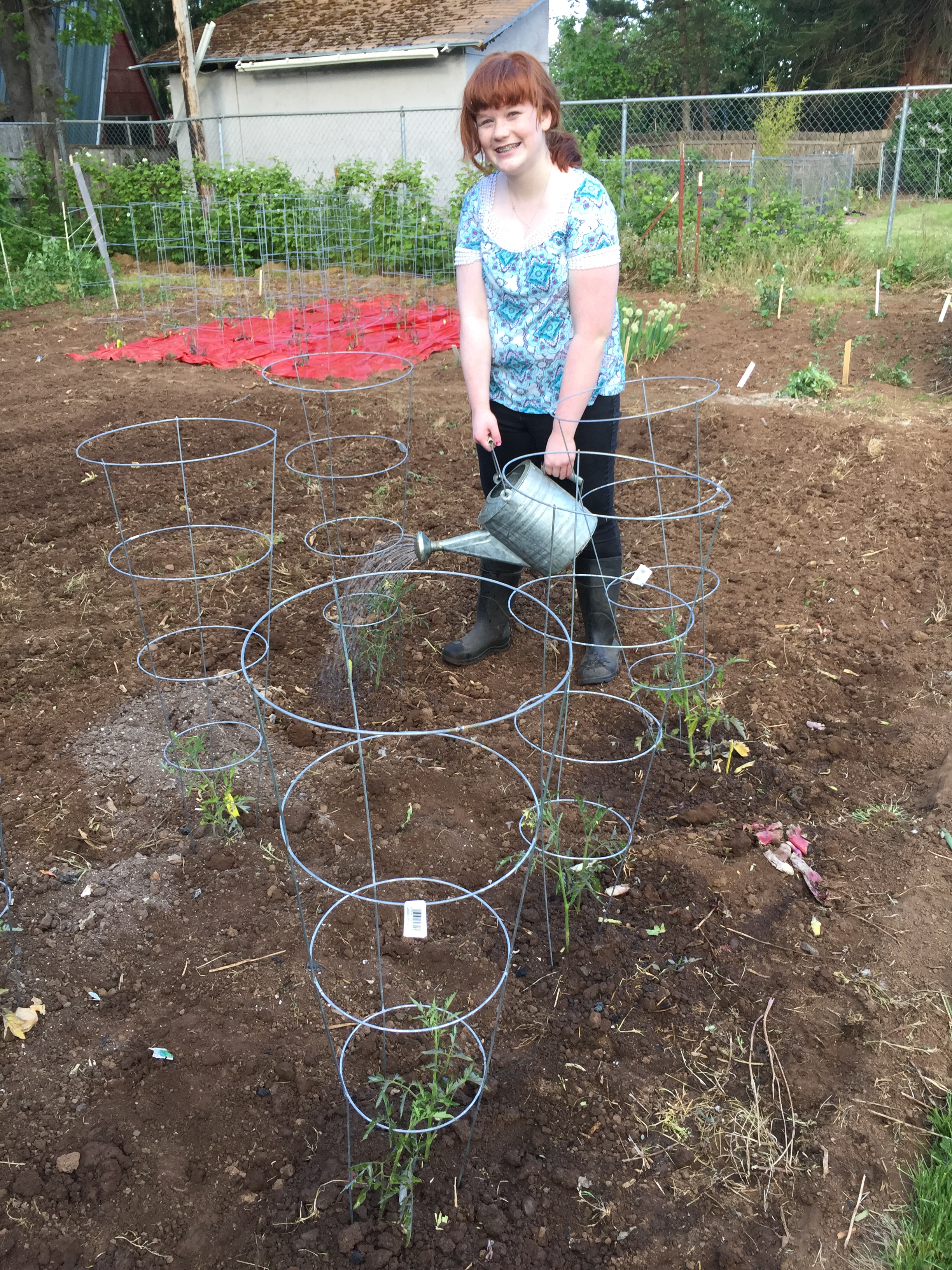 We worked in the garden several times.  Rob finished tilling.   Patsy and I both did some planting and watering.  The red mulch in the background is an experiment.  It is supposed to improve production of tomatoes. So, I certainly won’t need more yield on my  cherry tomatoes, they are so prolific, so I’m trying it on the regular ones.  Green mulch is supposed to help cucumbers and melons.   I hope to try some of that, too, especially on the melons I am starting.  I hope to do a garden update post later in the week and go into a little more detail.

Hopefully, this week won’t get away from me like the last one did!!!   No promises, though.  I only have 2 more weeks to get those girls to finish up all their schoolwork before I need to turn it in.  I’ve been really pushing it the last couple of weeks, and I think we might just make it.  Now, the correcting–not my favorite, but necessary:).    I will be very glad when this project is over for the year–I’m ready to put more time into the house and garden for a while.