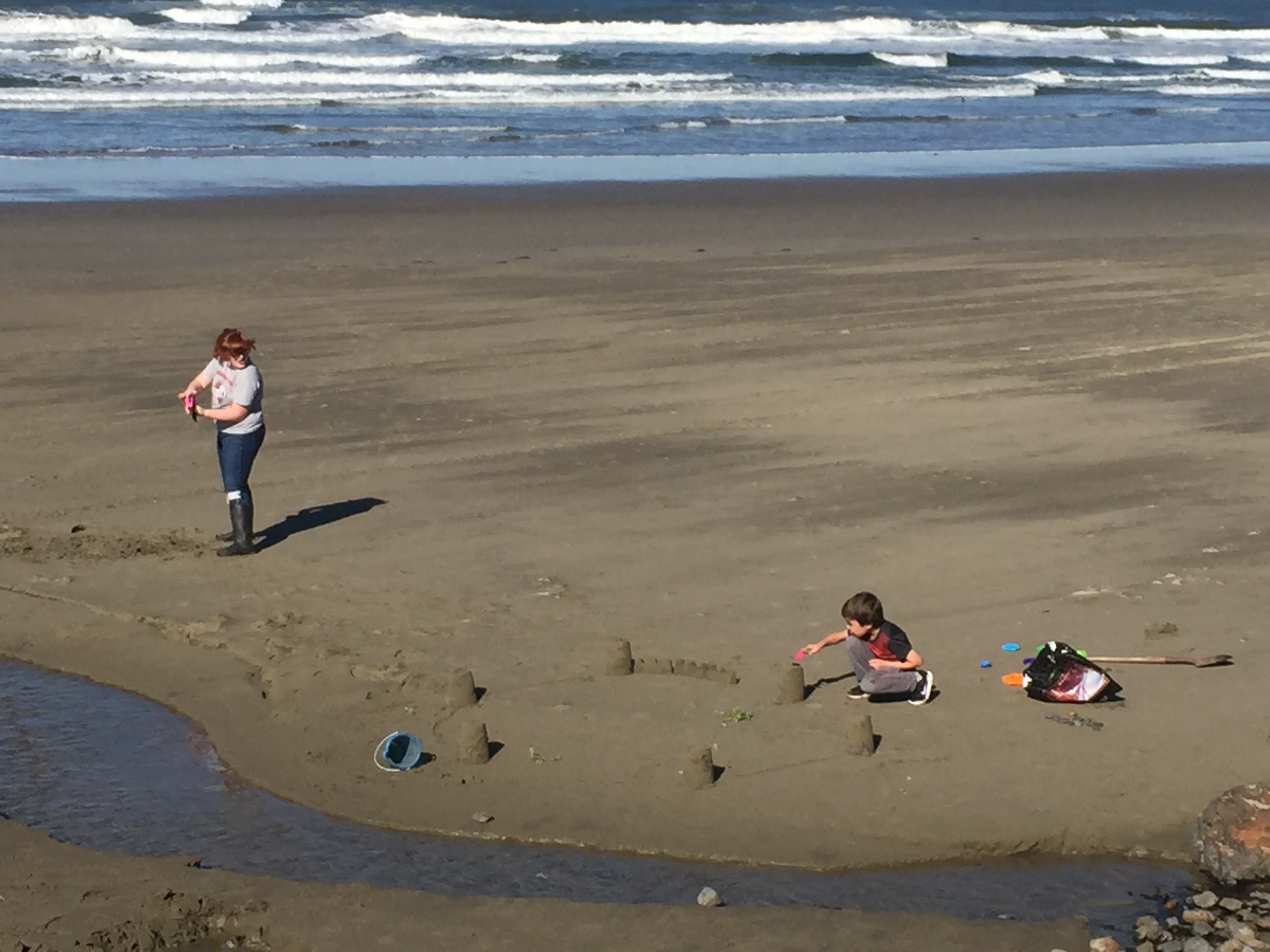 We decided on Tuesday that this weekend would be the perfect time to take the kids down to the beach for one last “hurrah” of the season.   We had mistakenly made reservations weeks ago, thinking there was no school on Thursday, then cancelled the trip when we found there was actually school for Jake.  But, we hadn’t cancelled the reservations, we realized, and worked out a plan so we could still go.  It was a little complicated, and involved 2 vehicles, with me driving down Thursday evening with Jake, but Rob and 2 of the girls drove down in the afternoon after he finished up working with Michaela, got all set up in the daylight, and were ready and waiting for us when we finally arrived.  Jake was thrilled.  He has been asking and asking to go camping again.  He loves it so much.  You can imagine we hustled around to get ready, but we made it simple this time.  We always leave the camper packed and ready with pantry foods, toiletries, bedding, etc. so all we had to do was grab the food that was in the fridge already, our current clothing, library books and movies, pillows and Jake’s suitcase, of course. 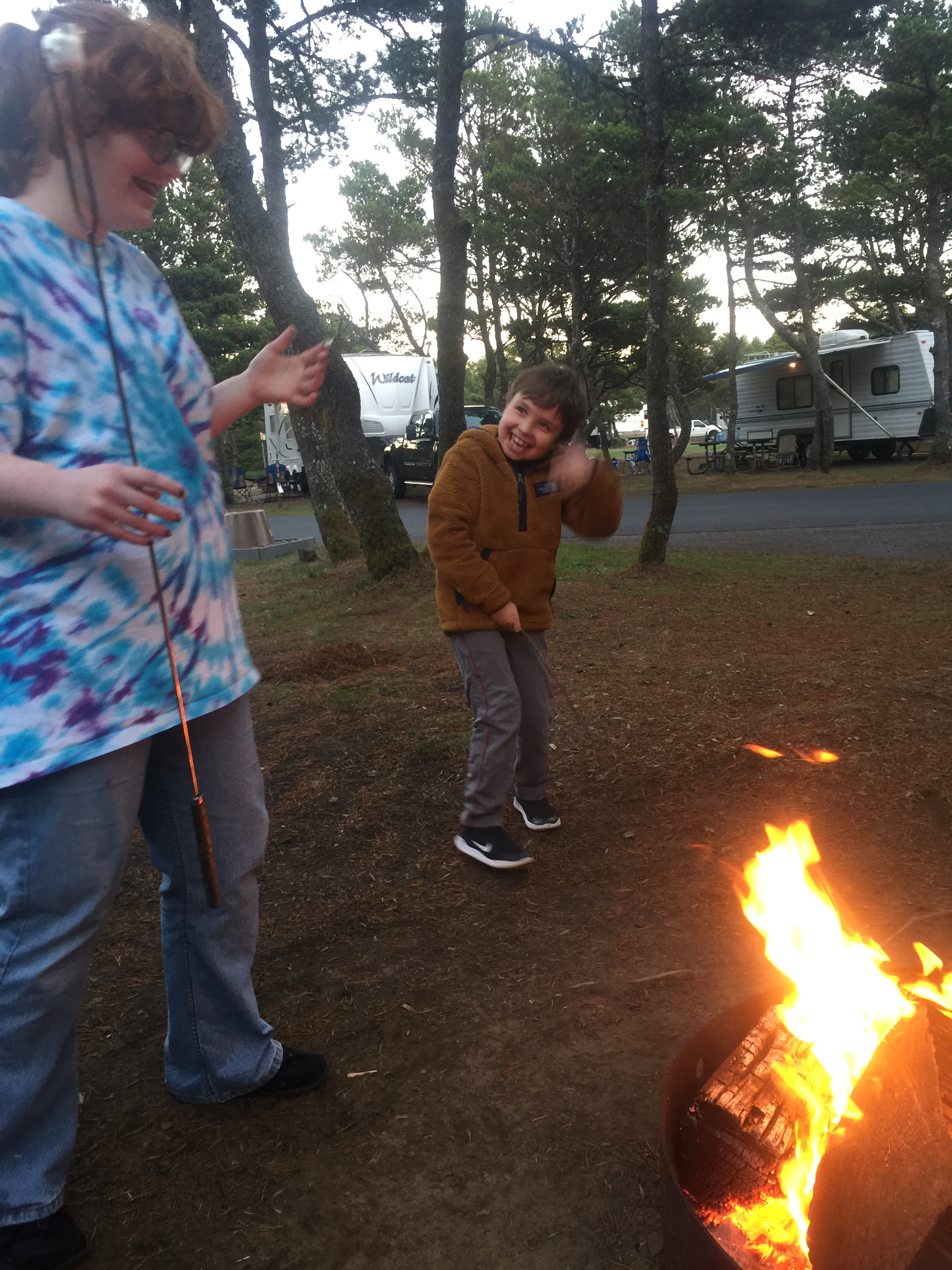 We got gorgeous weather.  One morning, Rob took the kids down to the beach to play while I stayed back at the camper and made a taco dinner.  I was delighted to have a little time to myself, and be able to make dinner so we did not have to go out.  We always keep our change jar going between trips to save up for eating out, but decided to build it up a little more for another time.  We chose to get them a few things from a candy store and I got a couple of things for various ones at McDonald’s.  We had to replace our head of lettuce, as it was bad.  We had plenty of food and I actually skipped my weekly Friday shopping trip altogether, except the head of lettuce.  We will just eat what we have on hand this week, as I’m pretty busy, and buy extra next Friday if I need it. 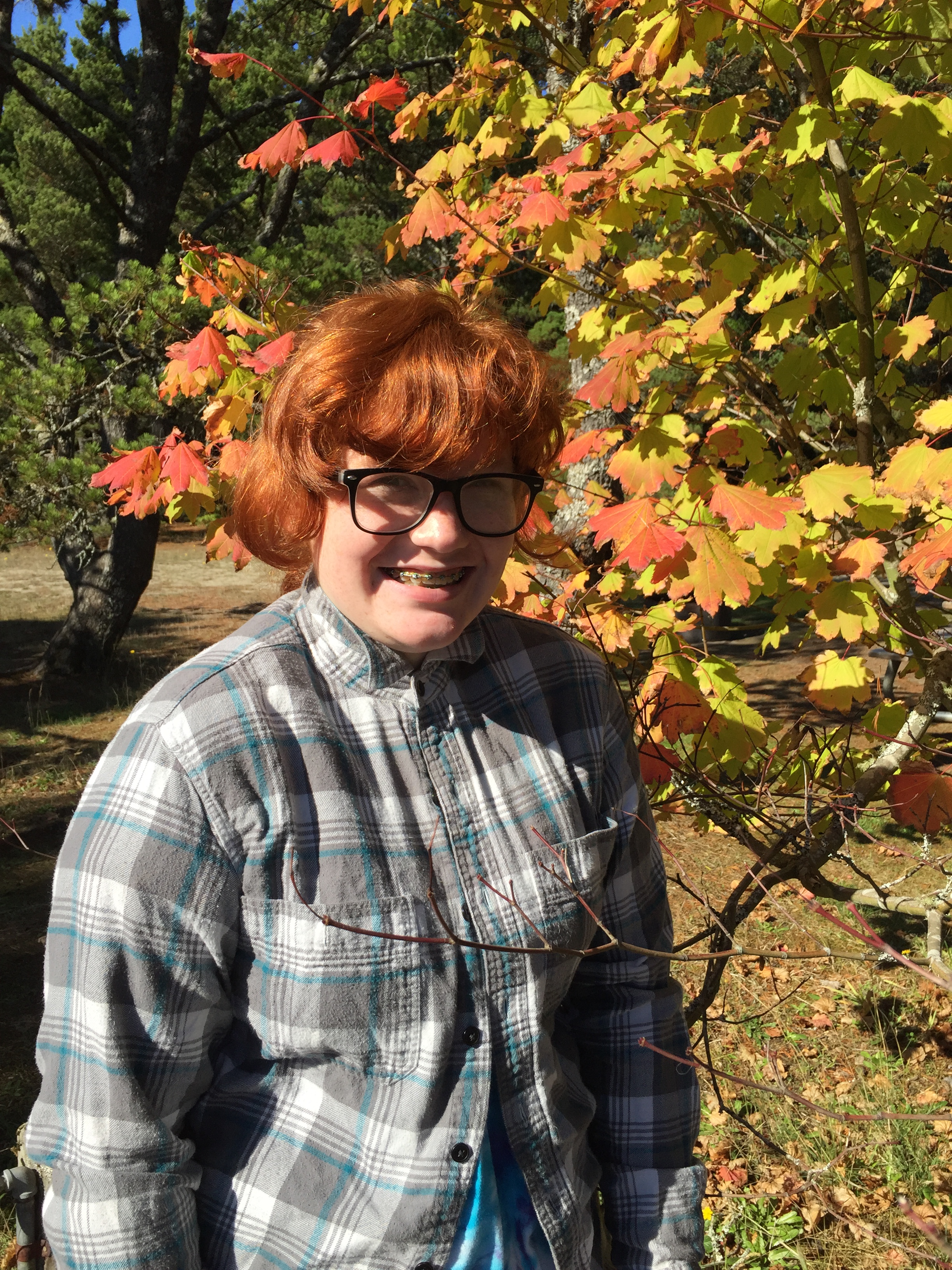 Patsy and I took a hike on a trail around the campground.  We went over 2 miles.  It was fun, and good exercise, as it had quite a few hills to go up and down.  The trees are getting gorgeous color.  We also found lots of wild huckleberries and we ate some.  I wish we had taken a container to pick some in, but we didn’t know we would be finding them. 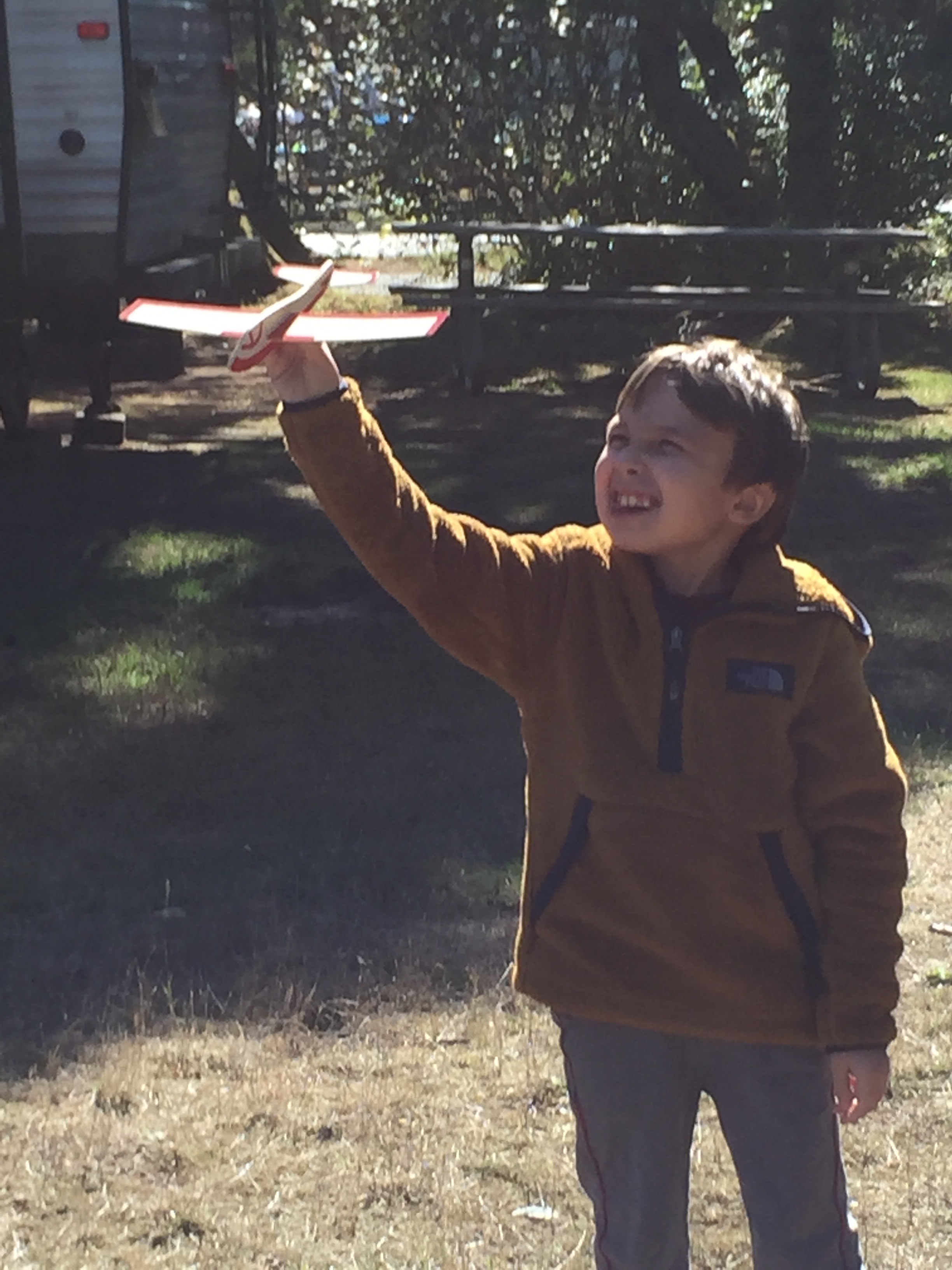 Jake likes it when we hide things in the camper and play “hot and cold” while he finds them.   He wants brand-new Lego sets for prizes.  That’s not exactly on the shopping list  for us right now to buy.  Thankfully, he had just as much fun finding a couple of simple, inexpensive toys, and one evening, played “hot and cold” for 30 minutes hiding and finding things with different family members.  We have a tradition of having the kids do glow sticks at night, and he loved those, as usual.  He especially enjoyed this little wooden airplane and played with it quite a bit.  We have some Legos that only live in the camper, and he played with those a lot, watched Shirley Temple movies from the library, and also “The Road To Avonlea,” which is an old tv show based off the Anne of Green Gables movie, also from the library.  We also finished an entire Carolyn Haywood book called “Penny Goes to Camp” and worked on “The Long Winter” some more.  He even got Ja’Ana to play a game with him, and played many with Patsy.  I took him on a short walk as part of the Junior Ranger program he was doing, and he has no idea he went over a mile.  He’s a good walker, but doesn’t know it sometimes. 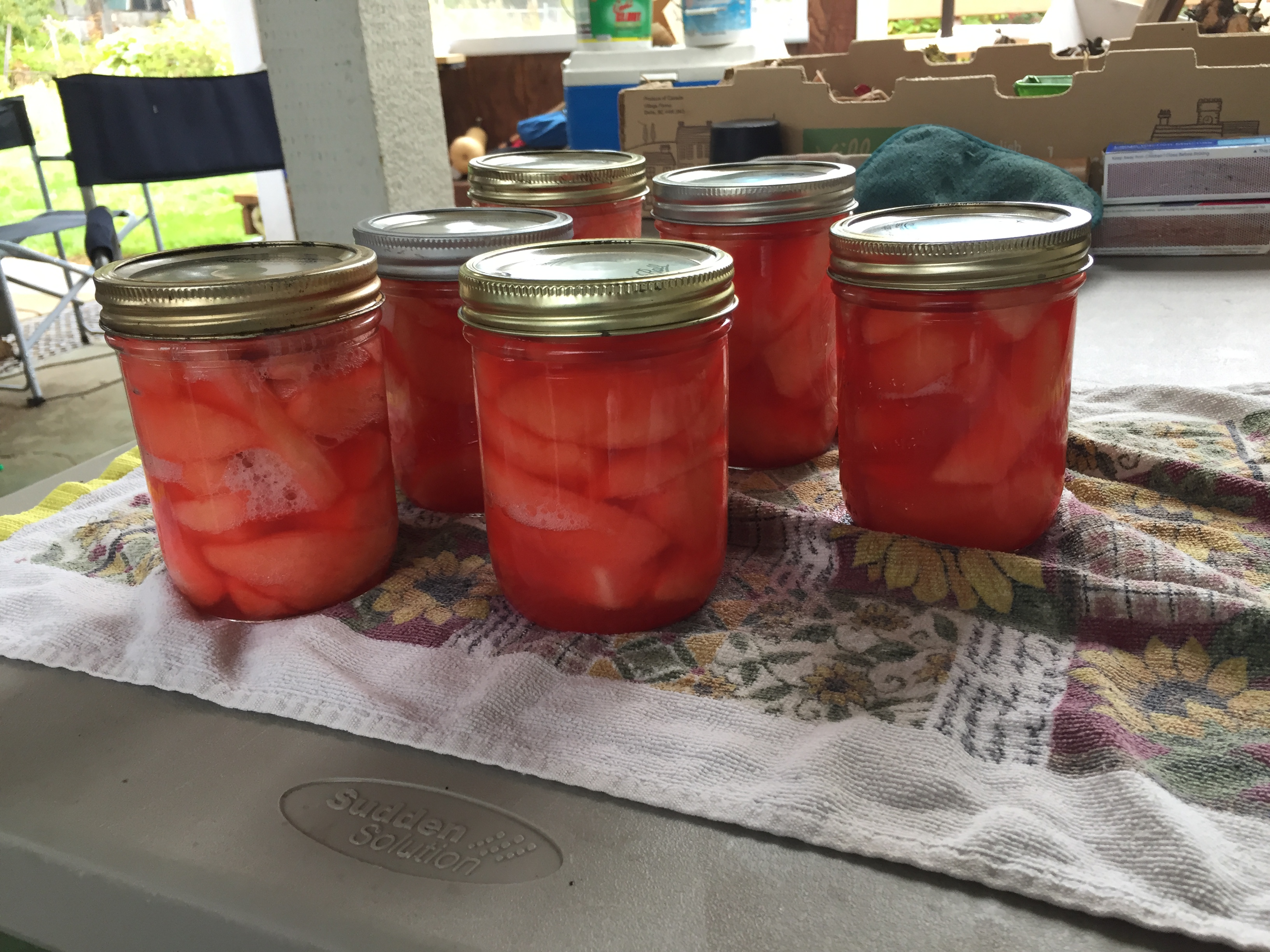 Before we left, we hustled around and finished up several projects.  These are cinnamon-candy apples.  I simply replaced 1/2 cup of sugar with red hot candies in the 4:1 syrup, so they are pretty, but still low-sugar.  (so 1/2 cup sugar, 1/2 cup red hots, 4 cups water) They have a very delicate cinnamon flavor.

The rest of the wood was all stacked.  We kind of had to stack it if we wanted to go.  It was blocking the trailer.

Rob made and canned beef stew with the last of the potatoes and many carrots from the garden.

I finished Patsy’s dress.  I took a couple of pictures, but am not happy with them.  I will take a better one soon and post it.  I am, however, very happy with how the dress turned out and how it fits her.  The homecoming dance is next Saturday, and I am very glad the dress is done.

It was a good, productive week, and I was happy to end it with lots and lots of sleep down at the camp ground.  I was pretty tired, but feel better now.  It’s a good thing–this next week is pretty full, as well!