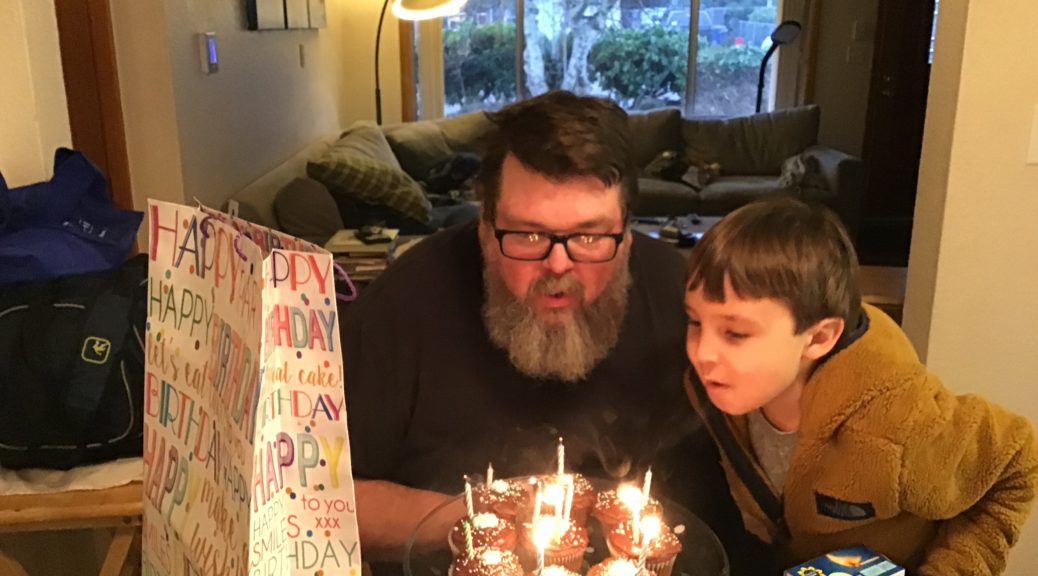 My most excellent bathroom cleaning team was at it again Saturday! Patsy, my daughter, had my nephew help her do her chore. I will mention that my nephew, Jake, and my niece, Michaela, were up earlier than Patsy and did their chores–he just wanted Patsy to play with him, so he helped her finish hers:). Doing chores at my house is part of their routine, I’m glad to say. We started that a couple of summers ago, and I’m so glad we did.

The kids spent from Thursday afternoon to Sunday morning with us, as their parents were out of town. We kept the weekend low-key, frugal, and most of all–fun! There was a special pirate exhibit at the library. Rob took Jake on Thursday after school, but they didn’t get to see it. I took him back Friday morning, because he really, really wanted to see it. The volunteer running it called in sick. So….Rob took him back Saturday morning and he got to go in for 20 minutes before that volunteer said it was the end of her shift. (We had been told it would be open from 10-5 on Saturday, so thought we were safe!). Hmmmmm. At least he got in at for a while. Each time, books, movies and books on DVD were checked out and returned. We still have quite a pile here, and I am now reading “Surprise Island” (a Boxcar Children book) to him. Rob took Michaela to her horse riding at Horses of Hope, her weekly Saturday outing. She had her training program on Friday, so he ferried her back and forth and she also enjoyed the library one of the times her brother went.

Rob’s actual birthday was Saturday. Yes, I know…It feels like we’ve been doing birthdays over and over. ‘Cause we have! With so many family members with January birthdays, we have celebrated many times. Jake was all over it! He and Michaela helped me make cupcakes in the morning. He cracked eggs and she measured and poured. Then, he helped put candles on, light them and helped blow them out. After dinner, he declared that he was going to play a game with Uncle because it was his birthday. So, they sat down to a game of chess. What a blessing those kids are to us!

To decorate the cupcakes, I used some frosting that I mixed up last weekend and hid in the back of the fridge because I knew I would be busy this weekend. I put sprinkles and sugar snowflakes on top that I got on after-Christmas sales. I immediately froze almost all of the cupcakes I made so as to not ruin Rob’s diet. That is also why he chose cupcakes–so the temptation of a huge cake would not be there. We had ice cream that had been out in the shop for literally months, but it was still good.

We cooked up a bunch of meat for the weekend for Rob and I, and fed eggs, eggs, eggs to Jake. (I have no idea why he suddenly wanted so many eggs, but I was delighted!) I had purchased English muffins and Danimals for Michaela so she was happy. Rob made pancakes and bacon one morning. We all ate very well for very little money, as I am still on my “use-it-up” project. I did the math, and I figure I have about $20 left of what I was willing to spend this month for groceries, and only a few days left in which to spend it, so we are going to make it easily. I’ve used a lot of things up, bought a lot of non-food items with the extra money, and suffered for nothing. I even squeezed in a few healthy snacks to give Rob on his actual birthday. (We bought him a used tool off of Craig’s list for his shop for his main gift). Some of the expensive things I got with my remaining grocery budget included melatonin tablets and tumeric capsules. I also bought shampoo, foil, waxed paper, and more. I’m delighted that I got all those things stocked up. I had gone over budget in December. I also made all that money up, and like I said, still have $20 left. I’m pretty happy with me right now:)

Rob’s pretty happy with himself, too, as he had lost another 10 pounds when he got weighed in on Monday. That’s 77 since last May. Go, Rob! He’s working on a list of ways that he has used to keep on track. When he gets it done, I’ll post it!

Today, after church, my sister and brother-in-law took us out to lunch. That was a super nice treat for us, and the icing on the birthday cake, so to speak, for Rob!

How did you save money this week?