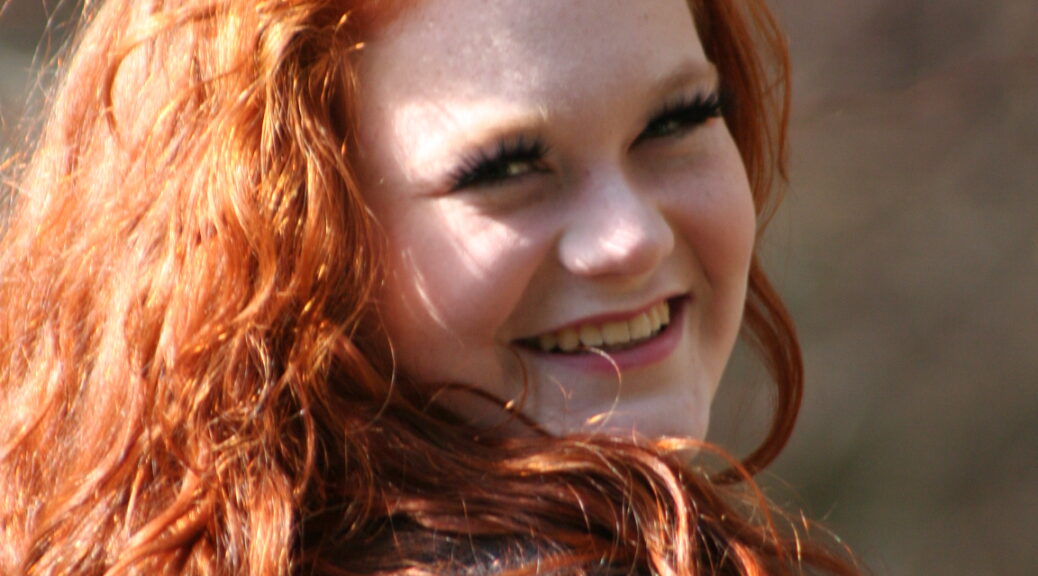 This week, Rob was able to take Patsy’s senior pictures. Truthfully, the final selections have not been chosen or edited, but this is one I like.

There are so many good ones, I can hardly choose. Rob hopes to get down to the coast and take a few down there, but if it never happens, I can easily find good ones in the ones he took.

We took a short hike at Silver Falls State Park while we were taking pictures. I also purchased a year-long day-use park pass for $30 while I was there. We’ve been blessed with a park pass for both day use and camping for the past several years, but it is expiring as we are no longer going to have an adoptive/foster child under 18. Plus, even though she’s not quite 18, the pass only works when the child is there, and she’s going off to work at a camp before long, so Rob and I will be hiking and picnicking without her. I’m not sure what the day rate is anymore, either $5 or $3, but either way, it won’t take us long to get our money’s worth from that pass. Before long, we will be paying for camping as well, but that’s o.k. We appreciate all the times we got to go and not pay, that’s for sure.

We got bone-in chicken breasts for 99c/lb. Rob de-boned them and we froze the now boneless/skinless breast pieces for meals. We boiled the bones to make broth, then pressure canned them. We got 7 quarts and 14 pints.

A close family member gave us some extra Bottle Drop money she wasn’t using. I took that, along with $93 of my grocery money and did a big shop for the next 2 weeks. I used a $10/off $50 coupon along with many other digital coupons. I used the extra money to focus on hygiene supplies, such as deodorant– dish soap, laundry soap for Patsy to take with her, and some other items she needs to take when she goes.

I haven’t done the Ibotta rebate app for a while, so they were trying to entice me back. I got free crackers and popcorn and $8 in bonus money, over $20 in all. I bought things I was buying anyway, except for the last 3 items needed to get the extra $8 in bonus money. I got 2 candy bars and some instant oatmeal, and spent about $4+ on those, still putting me ahead. I use the oatmeal while camping, and won’t have trouble find a home for candy bars.

I made a vegetable soup with home-canned carrots, tomatoes, broth and frozen beans and dried zucchini. I used my pesto I froze in ice cube trays in there, as well, along with some rice noodles. There was a little bit of the roast beef I cooked this week in there, too. I love that particular soup and will even eat it for breakfast. Malcolm has eaten it several times this week, as well. I love to see those veggies go down the hatch! Carrots seem to be a favorite, along with beans. He pokes at them with his fork, until he either spears them and eats them, or gives up in disgust if it takes too long, and just holds the fork in one hand and grabs the carrots and beans with the other. So cute! (To a grandma, anyway. Everyone else probably thinks it’s the huge mess that it really is!)

I checked the garden a few minutes ago. I am happy to report that there are a few peas poking up at last, in the raised beds. In the small section of the big garden that was planted, very little has managed to come up. I did notice a few Boc Choi babies, though! I’m super happy. We love that in stir fry and also in chicken soup, so I hope a few of them do grow!

Rob and I drove to a county Covid-19 test give-away. I was wrapped up in taking care of Jake and Michaela and some of the things we were doing, and forgot to go right at 3 when it started. I was sure that they would be out by the time we got there around 6:30, but contrary to my thoughts, they were coming to the end of their event with a lot of the free tests left over. They asked if we would take a few extras and keep some and hand some out, if we could think of anyone who could use them. I got tests for the girls, my Mom, Aunt, 2 sisters and ourselves. What a blessing. If we need them, we’ve got them.

I also heard you can request 4 more tests from the federal government, the same as we did not long ago, starting this upcoming week. Rob and I feel we have about enough after that. But, it’s the kind of thing that when you need one, it will be so much handier to have one here, then have to go buy one, so we are happy to keep some on hand. We do need to test negative to work, if we have Covid symptoms.

There are just a few apples in our box Rob’s sister gave us. Rob made apple crisp from some of them, and we keep eating the rest.

This week will be a bit busy. We have Jake extra hours. We said we would keep the babies one day, as J is getting her hair done. In the midst of that, Patsy is doing hours of schoolwork each and every day, including Saturdays and Sundays. She is going to make it, the work will be finished. I know if she doesn’t do it before she goes off to camp, it will never, ever be finished. So that’s what we are doing. I’m working with her a little more than usual, keeping her on track and doing some things verbally, to make sure she understands it without needing to write it down, in some cases. I won’t lie, we are both heartily sick of doing school for the hours we’ve been doing it, but the end is in sight, so that’s wonderful! This week, we should finish most of it. Any odds and ends will be done the following week, and she goes on the 22nd. She will come home most weekends, and we will have her graduation party on one of those weekends later in the spring.