Rob and the big girls went up to the farm and raided the garden.  They were very successful.  Besides what you see, they got some green onions, apples and boc choi.  I served salad, cut up cantaloupe, made pesto from the leaves of the basil (not the flowers or stems), and hamburgers with tomatoes and lettuce.  I made sweet and sour sauce with a pepper and threw the boc choi in and served it on rice.  Lovana made a quinoa salad with another one. 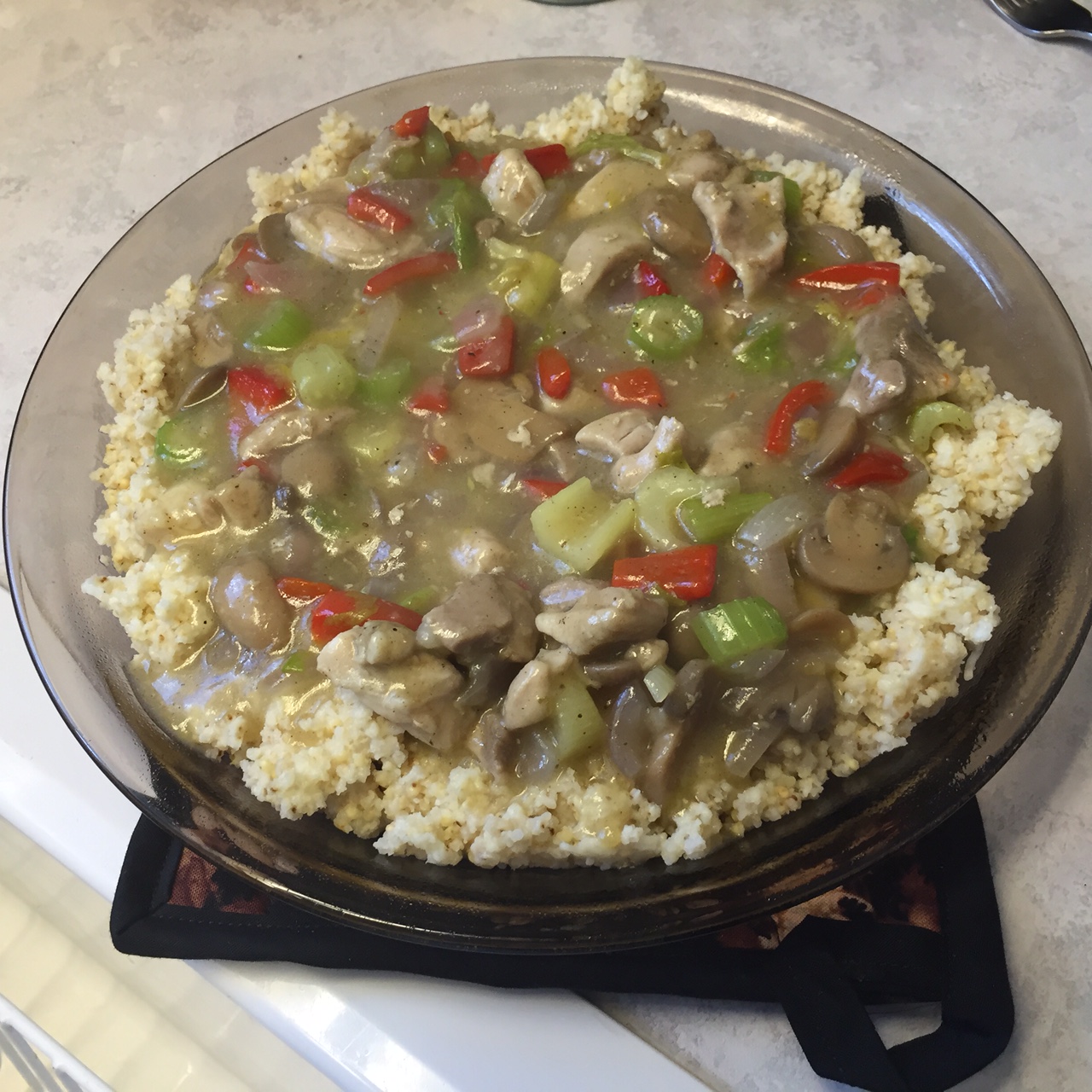 I cooked some millet that had been sitting on the shelf.  I made a millet-crusted chicken pot pie.  I started with a recipe from a cookbook, but changed it to use what I had.  It turned out terrific! 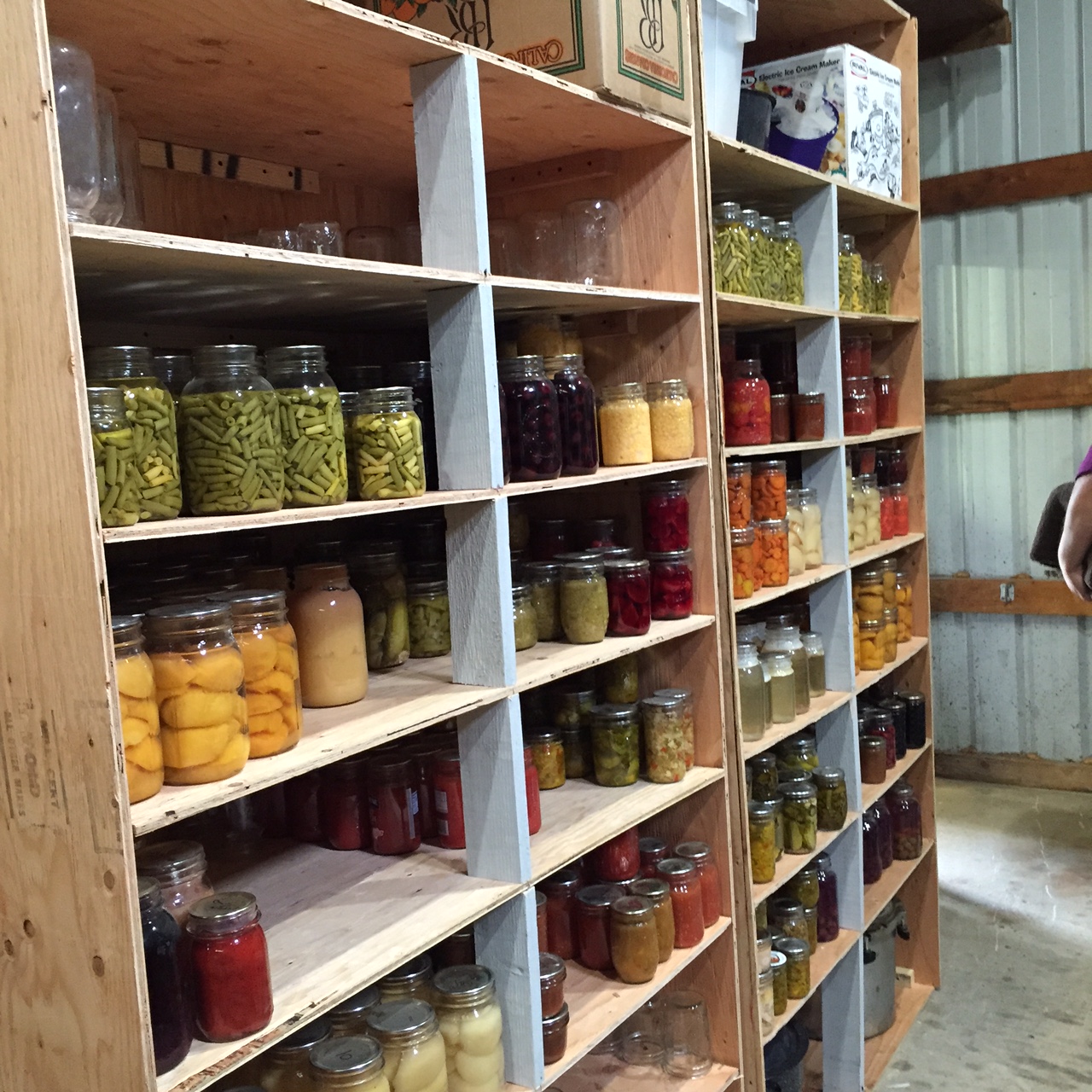 The electrician finished up his wiring for new plug-ins in the shop.  Rob then got to work finishing up the shelves for the canning.  We spent time yesterday and today putting the canned jars on the shelf.  He had one done last week and we have been using the jars that came to light like crazy.  Now we have even more choices.  Now, call me crazy if you will, but I KNOW I have more canned whole tomatoes, but they are MIA!  So, I expect a box or two to show up somewhere unexpected as we continue to unpack and organize. 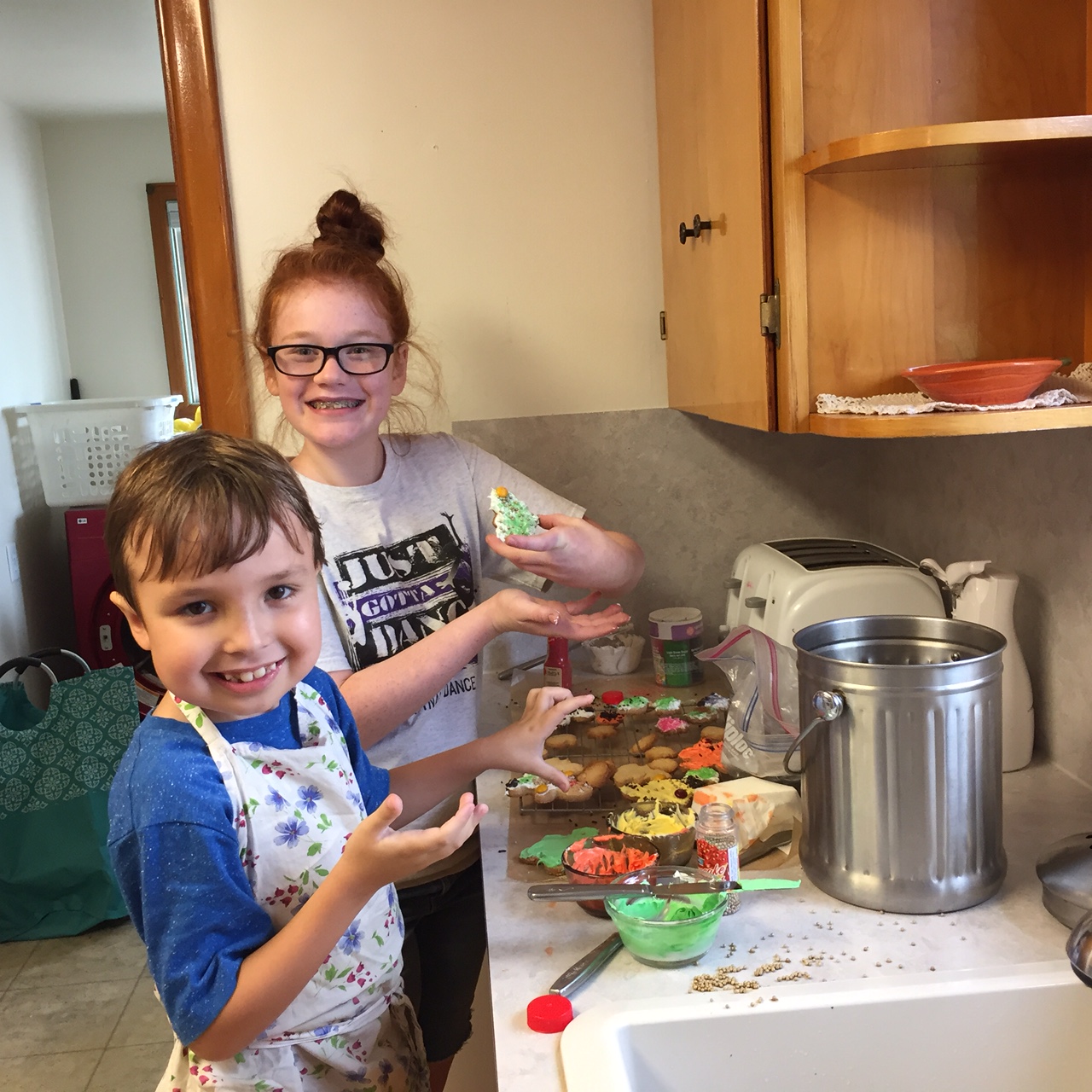 Patsy and Jake enjoyed making cookies from a cookie mix that came to light when I  unpacked my food boxes.  I worked extra hours this week because my niece was sick.  Now Ja’Ana has it.  Hope no one else gets it!

We joined the YMCA.  Because we are earning so little right now, we were given an extremely reduced monthly rate.  We had several motivations, but one reason we joined was so that I could get into the pool.  I have had a problem with my foot since July and have not been able to walk on the treadmill as I usually do.  This has been adversely affecting my health.  (I’m diabetic and my sugars soar without exercise) Rob spent an entire day researching options (the Y and others), talking to the Y about finances, signing up, etc.  We are extremely grateful that they gave us such a low rate and we have already worked out twice.

Another super big blessing to us is that Ja’Ana can take dance classes there, also at a greatly reduced rate with the scholarship we were given.  It means a great deal to her to take dance, and we had really though we would be unable to allow her to sign up anywhere this year, due to finances.  So, we are all really happy for her.  On Tuesday, she will take her 4th class, because they are trying to place her in the correct class.  So, she just keeps getting to go to different classes for free until they decide which is right for her.  (We don’t feel sorry for her:)

Patsy was able to join a cheerleading class at her school on Wednesdays, for a nominal fee, so she’s happy, too.

As of Friday, Rob has put in about 80 applications.  He has had about 10 interviews.  The one he had on Friday called him and said they have high interest in him, but it was up to the HR department, who “has a problem with people who worked only one place for so long before this.”  What????  Huh?????  So, we are waiting to see what happens on Monday.  If it’s more references they need, he can certainly furnish more, but he did only work one place for the last 18 years.  He will give a call tomorrow and offer more references if they want them.  So, it’s in the Lord’s hands, as it always has been.  In the meanwhile, he has another interview Tuesday, and keeps applying.  He also got invited to the orientation for substitutes, which is not until October 11.  That is probably the way he will end up getting hired, but who knows?  At least he keeps making it to interviews and I know he will get a job before long.  And, at least it’s not boring around here–always something going on to keep us busy until that day.