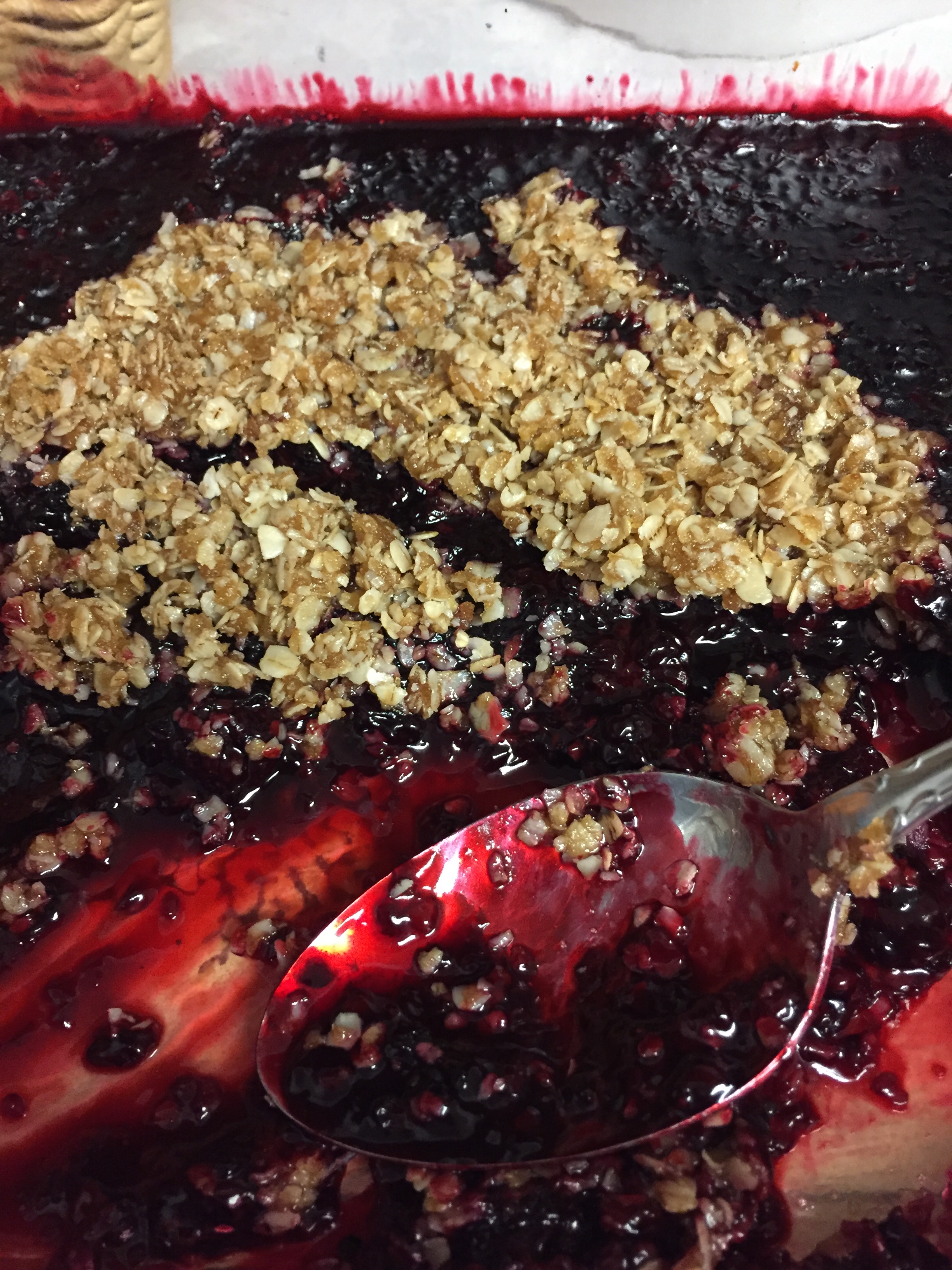 Last Friday, I did not find time to do my normal weekly shopping.  I was too busy with canning and taking care of kids.  I didn’t seem to be out of very many things, so just kept cooking with what I had, and had Patsy make a list on the whiteboard of things when I ran out of something.  I rolled the weekly grocery money over for another time, as I know not buying groceries is not sustainable, and I will need to re-stock sooner or later.

I ran out of some things I wasn’t expecting, such as baking powder and baking soda.  Thankfully, there was some in the camper, and I just continued cooking up a storm.

I soaked and cooked a large amount of pinto beans.  Most of them, I froze for later.  I made a small batch of chili from the rest.

Patsy was in a cooking mood.  She made gluten-free calzones one day, and tamale pie casserole the next.  Both recipes were very good, and used items we had on hand.  She got the recipes from Pinterest, and enjoyed looking at all the choices before she chose those recipes.  She picked wild blackberries from my sister’s house and made a crisp with them.  She also froze a few more for later. 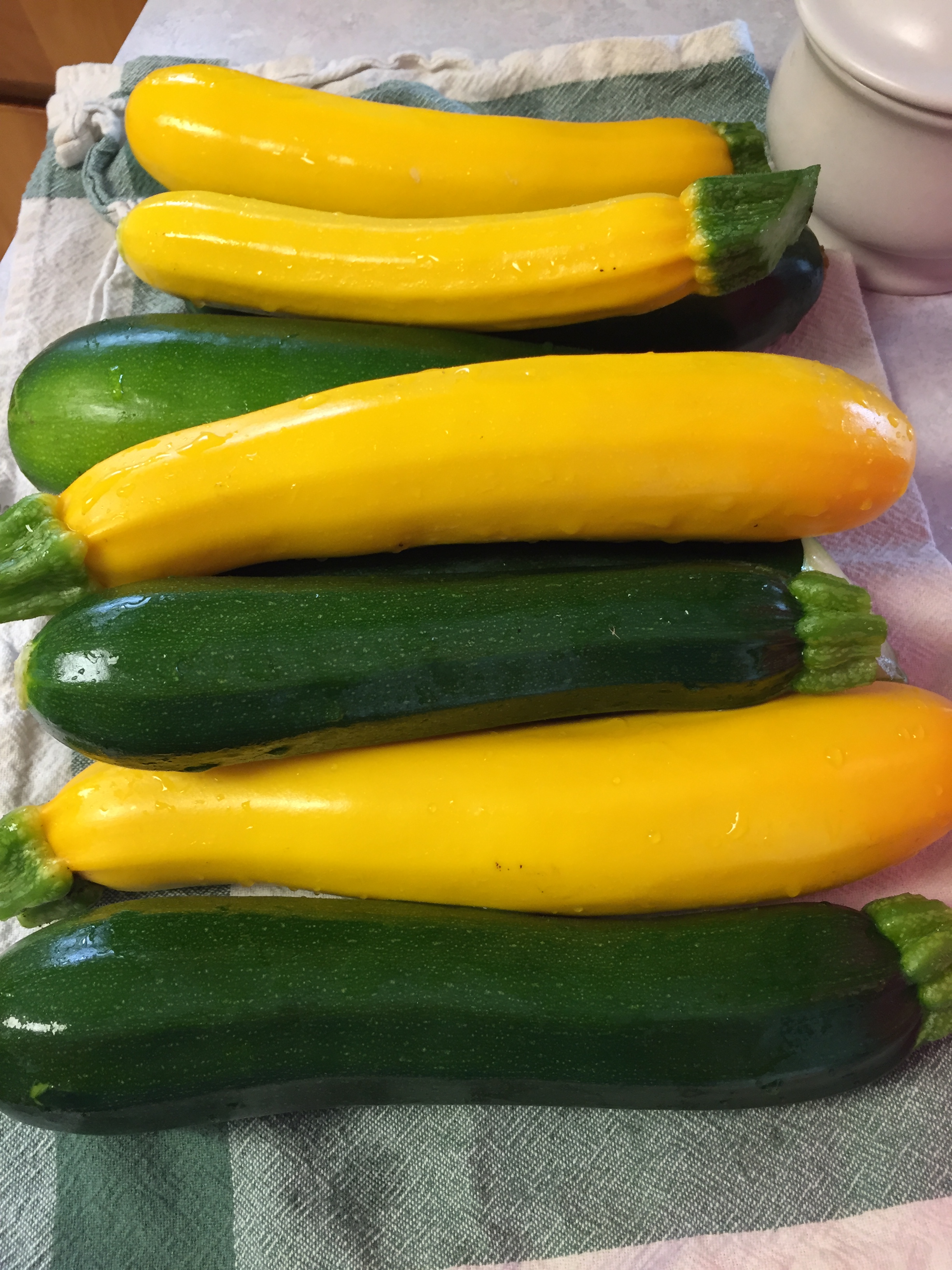 I needed to cook a bunch of food for the college-age group at church.  They have a retreat this weekend.  The leader asked the ones of us who regularly cook for their Tuesday night dinner/Bible Study/worship time if we could each sign up for a meal, cook the food ahead, and then send it along so that all that had to be done on the retreat was warm food up or put the finishing touches on it.  It needed to be enough for 30 people.  I made 5   cake-sized breakfast casseroles with hash browns on the bottom, eggs plus 1/2 and 1/2 filling, with ham and cheese on top. To go with it, I made 3 loaves of zucchini bread and sent 5 cantaloupes for them to cut that morning.  Then, I made gluten-free zucchini muffins, gf brownies and 3 tiny gf spaghetti pies and sent small quantities for those who needed that option.  While I was at it, I made our family a spaghetti pie, some brownies, and some zucchini muffins.  It was a cooking marathon for sure! (I will be reimbursed for the food I bought for that project, except what I had on hand and donated.  I would have paid them to take the zucchini-ha, ha!  Seriously, I was glad to find a use for more of this bumper crop!)

My excellent helper, Jake, helped me shop for the college-age food.  He carefully checked the 2 dozen eggs I bought for the casseroles/baking.  He found a broken one, and then proceeded to march over and inform a near-by worker about this discovery, stressing how bad it was that they had a broken egg in their cooler, and so on.  The worker was very patient, and agreed that it was bad, and assured him it would be taken care of.  He had fun shopping with me, and later in the day, we discovered that he likes gf yellow zucchini muffins.  That was a pleasant surprise!  He ate them for 2 days straight.  I hope he likes them next week, too.  I’ll make more.  I’m not short on zucchini!!!   (I think I’ve picked at least 60 by now…) Garden produce played a large part in my menu plans this week.  These cherry tomatoes were picked at my sister’s house.  She has a LOT!  I am getting a few from my bushes, and plenty of regular tomatoes.  I picked and served corn a couple of times.  The earliest variety of corn I planted is almost finished. Boy, was it good, but I only had space for a small square area of each planting.  The green beans are still putting out a handful every few days, but are almost finished.  I ended up freezing a few quarts, and we ate beans a couple of times.  I picked the last of the lettuce that was ready and am waiting for the next succession planting to get big enough to eat.  I have 2 more small plantings growing, and a third that just came up to take me into the fall. 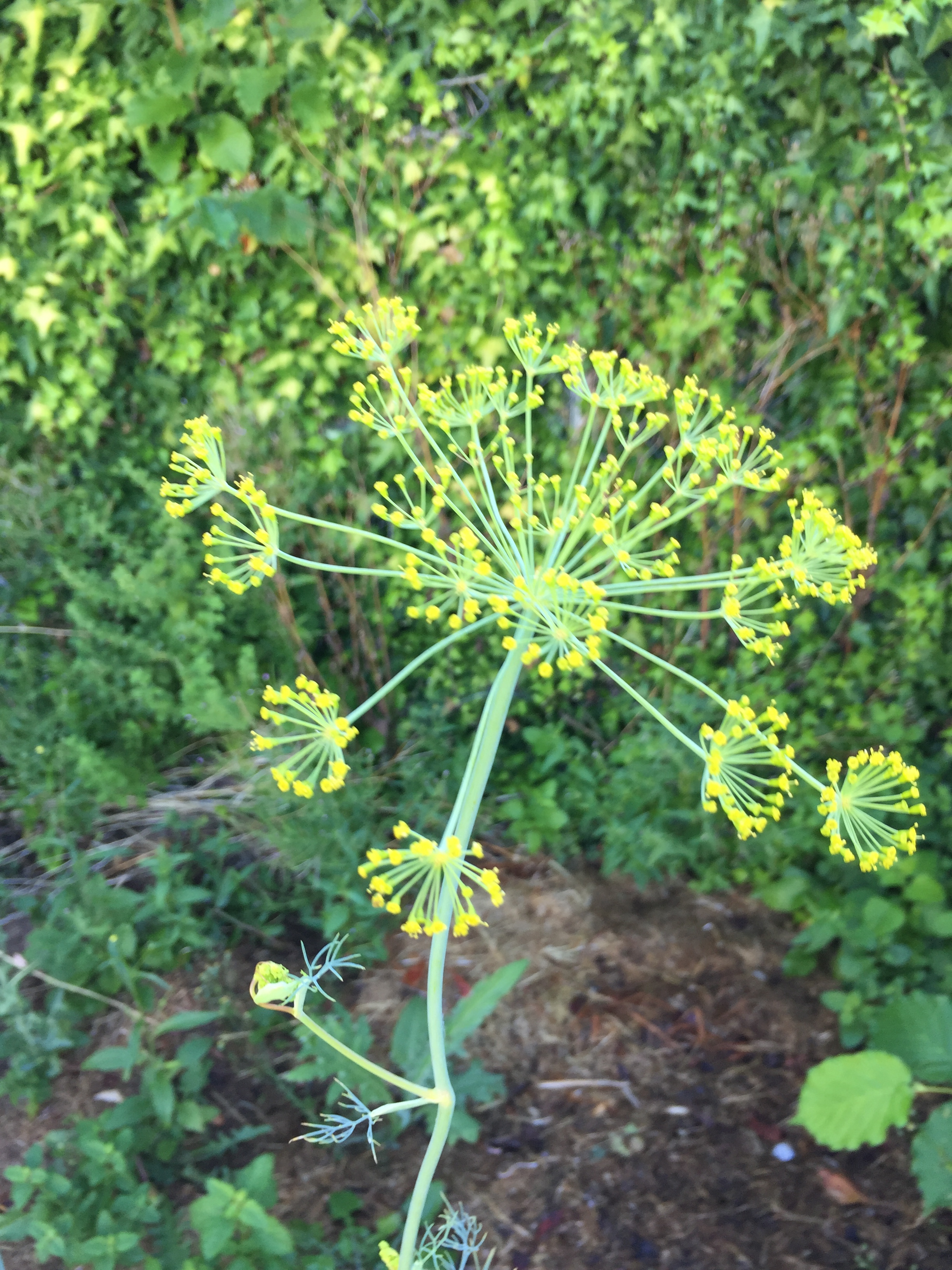 There were enough cucumbers to make a few quarts of dill pickles, to add to the 2 batches of sweet pickles I’ve made so far.  Today, there should be more that need to be picked and processed.  I keep picking the dill heads off as I make pickles, and so far, there have been enough.  The plants keep making more smaller flowers, and so sometimes I have to put 2 small heads in a jar, rather than one big one, and I also add in some leaves if I think the flowers weren’t enough.  It’s working so far, but I may need to plant more dill next year.  Most of these are volunteers anyway, but the plants are getting hit pretty hard.  I’ve made an awful lot of those zucchini dill chips…..:) The peach tree in our back yard has been providing us with plenty of peaches.  I made more jam and keep freezing more every few days.  We are eating sliced peaches frequently. 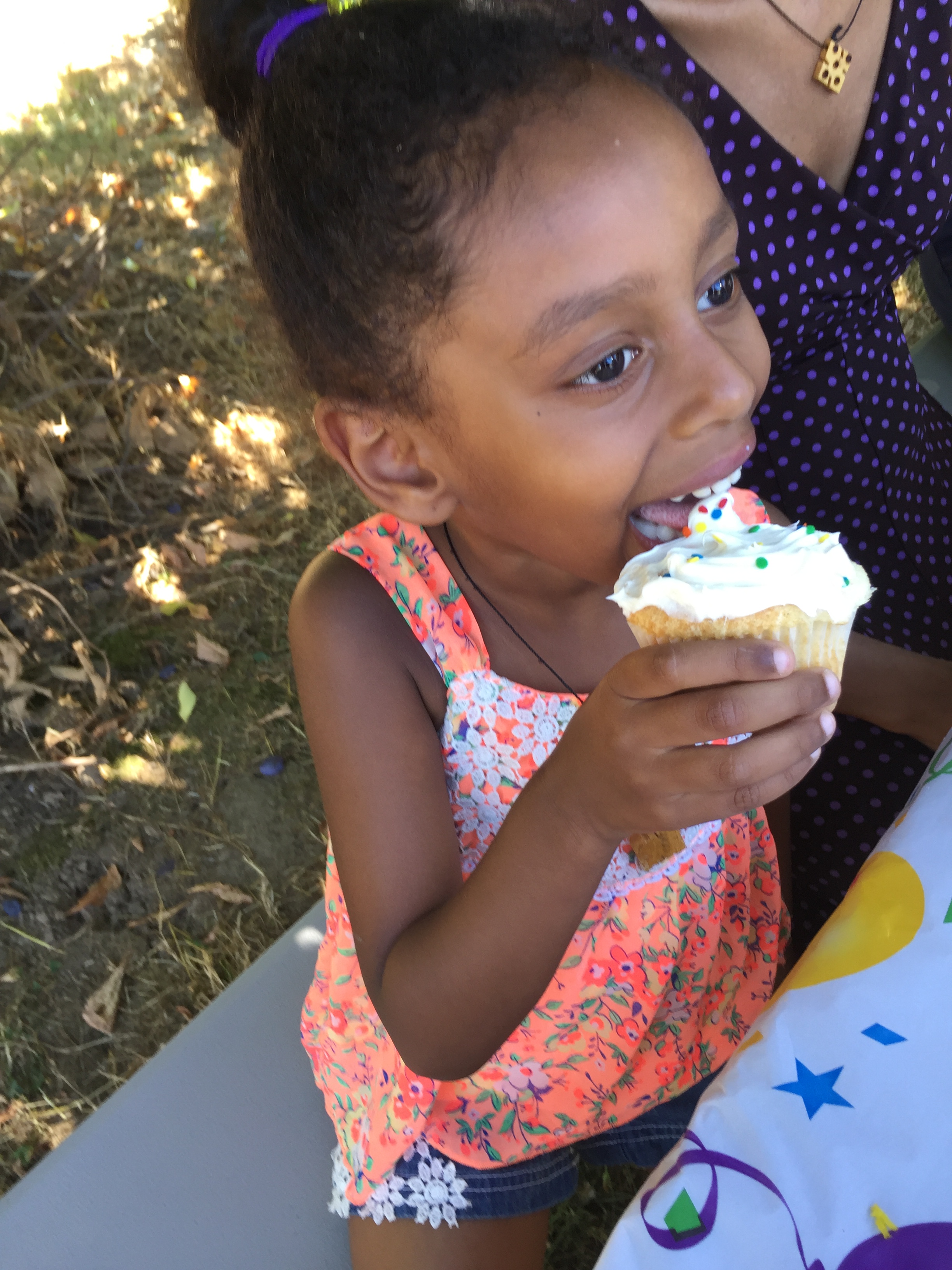 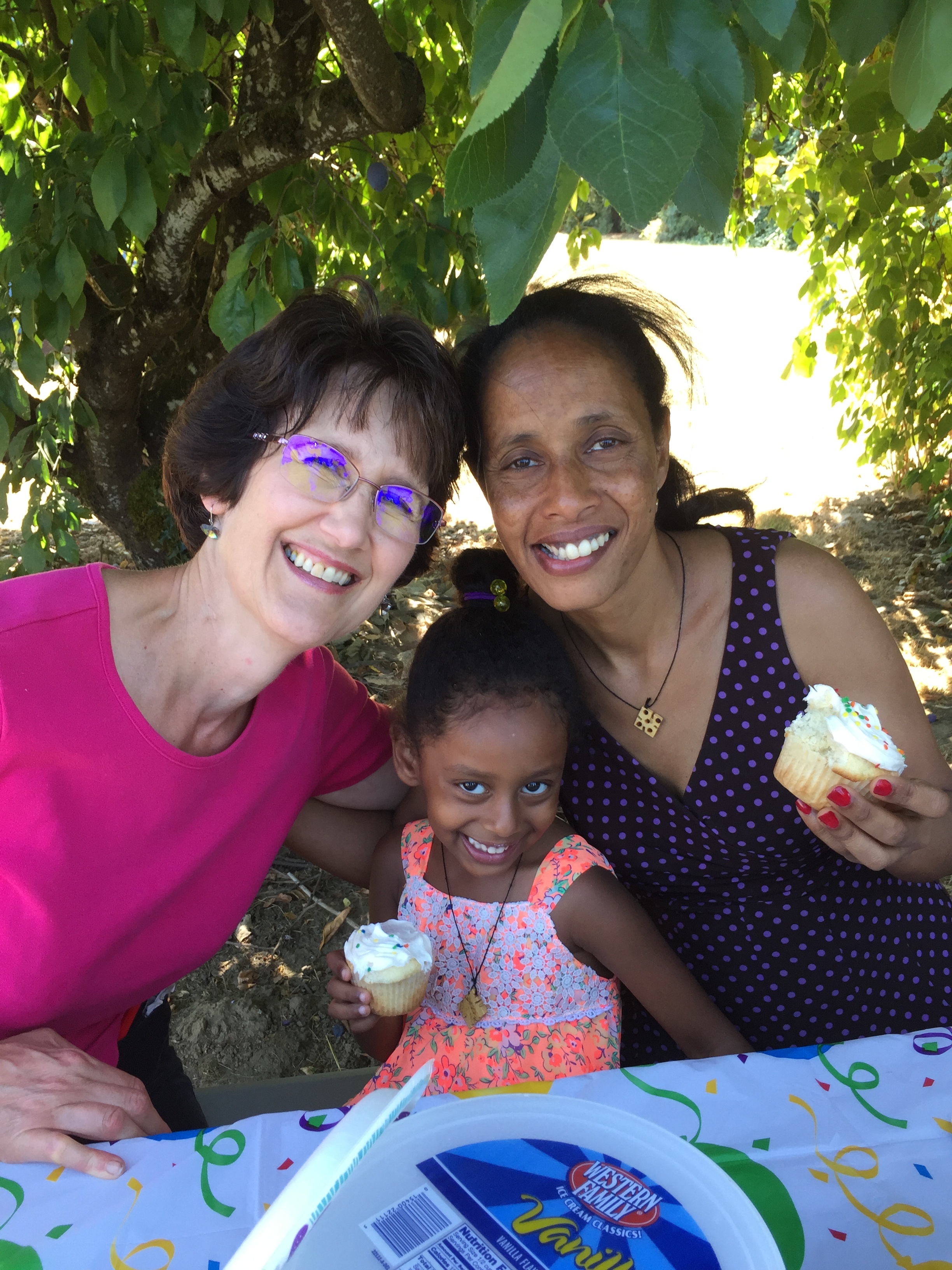 We spent yesterday up at my sister’s farm.  The menu was taco bar, watermelon, and birthday cupcakes for our friend, Harnet’s, birthday.  Everyone brought something, and we had a lovely time eating, visiting, and taking turns helping at the u-pick peach stand, as they were open for business!

Yesterday morning I ran out to the store very early, as I was down to about 1 cup of milk.  I ended up spending $30 on whole wheat bread, milk, celery, baking powder, baking soda, grapes, garlic, and a few other things.  I was very pleased that I only needed that many groceries after 2 weeks!  That garden is really paying off:). We will do the same this week as we did last week–just make a list as we run out of things while focusing on eating garden produce. I would not be surprised if I went back to the store in a few days to re-stock a few items, but I’m not sure which day.  I’m just setting the extra money aside and will go to Costco one of these days for a few things I usually get there.  I like to get 5-dozen packages of eggs there, and am getting low.  My sugar supply has also taken quite a hit with all the jam I’ve made, and I’m going to get 25 lbs. either there or at Cash and Carry.

It’s a busy time of year, as I get all of this produce stored away for winter, but I wouldn’t trade it, as I enjoy it so much!  I will, however, not turn down a nap if I can ever carve out the time for one:). We’ll see what today brings.