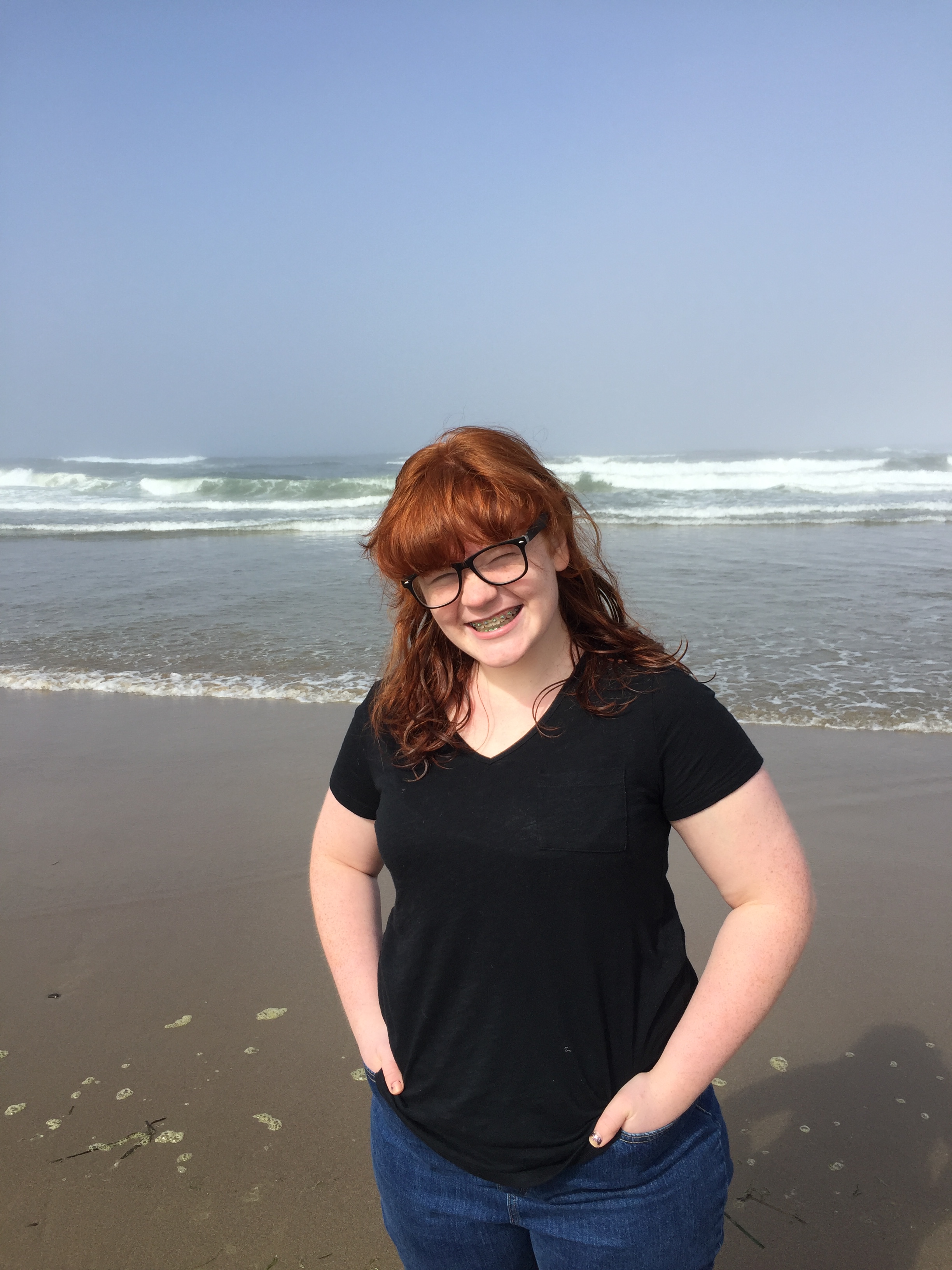 Down at the coast again–crazy, I know!  We took one last quick trip camping at the beach this weekend.  We were fortunate enough that Lovana had the ability to get time off and go along, so we took her down there.  She hasn’t been able to go at all this summer until now.  It was a whirlwind trip, and we are back home already.  Because I knew we were going again, I was able to leave a lot of things in the fridge of the camper last week. I left clothing enough in there for this time, and things like my embroidery were also just left in there.  After we returned this afternoon, we really cleaned it out of perishable things and things I would want.  I’m also going to wash some bedding, and actually got in the bunkhouse where the girls sleep while we were down there, and cleaned out a lot of cluttery things and wiped off the window ledges, etc.  That’s not necessarily frugal, but it counts as a feel-good moment, for sure:) 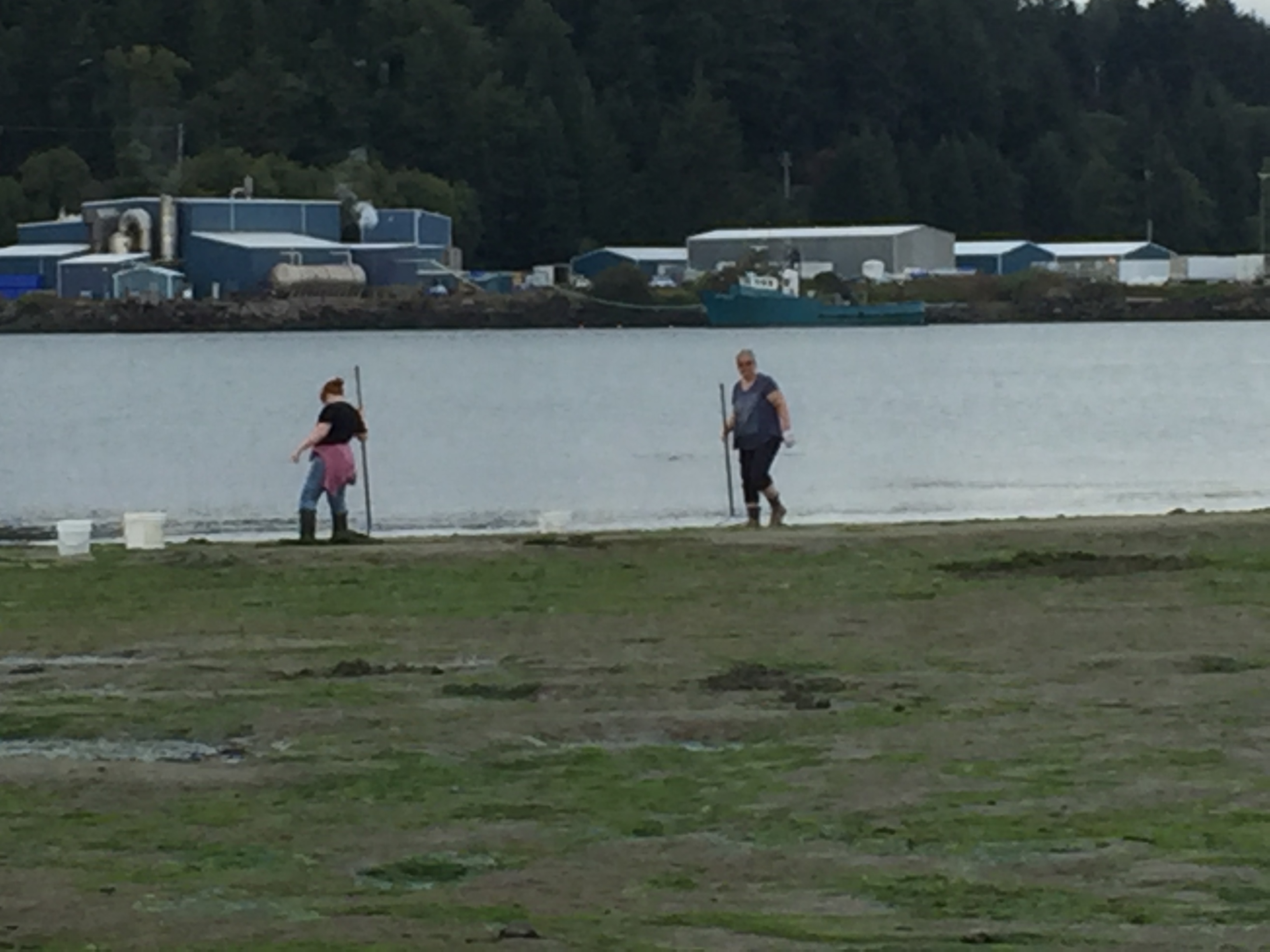 We went clamming in Yaquina Bay, where Patsy skunked me–getting 11 clams while I only got 5, and mine were smaller:). We just cleaned and froze them, and another meal of clam chowder is on the horizon in the future.  Rob went down with us, and he did get one.  It was a different kind, and he dug for it in a different area while we were raking for ours out further. 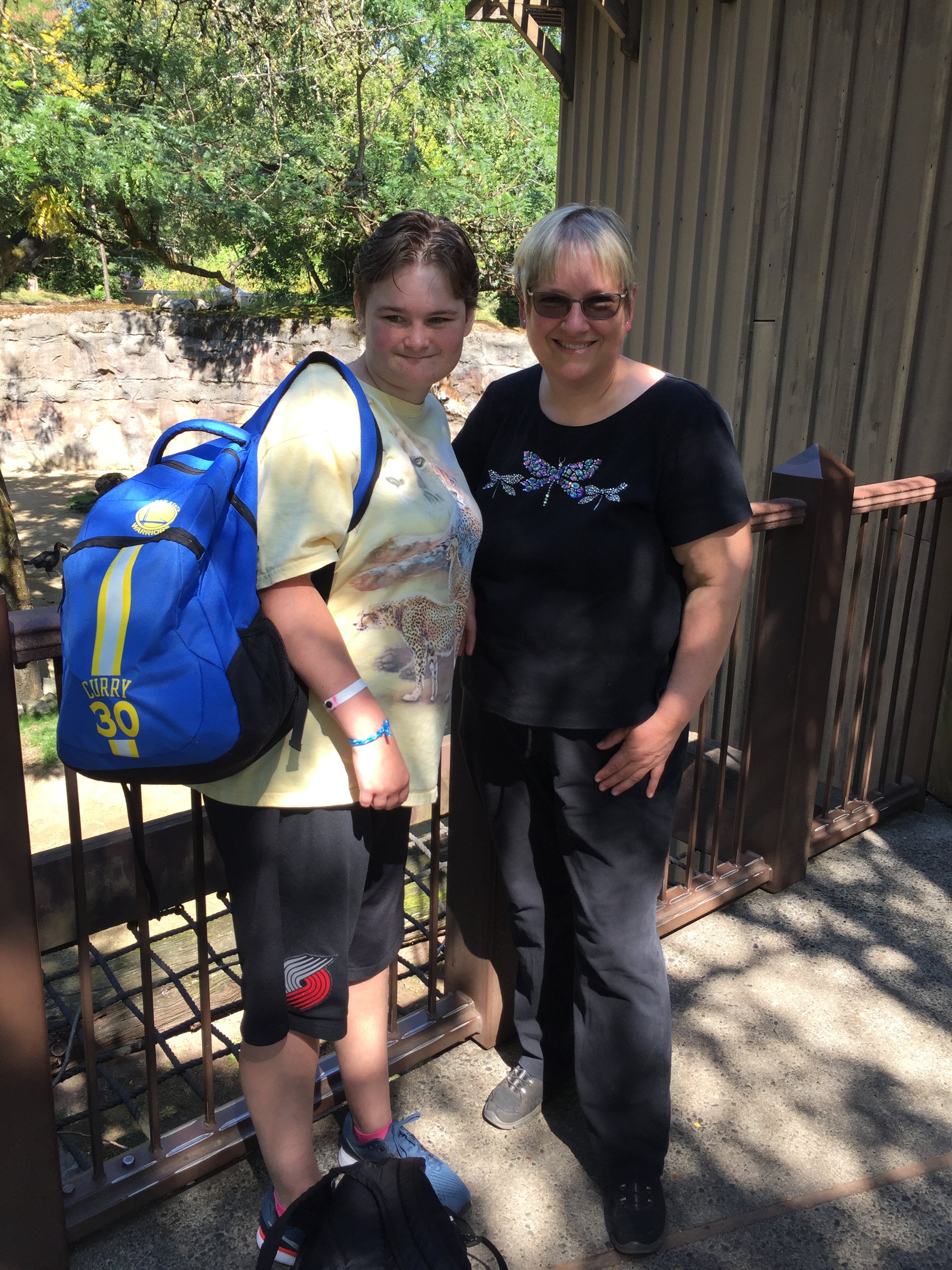 Before we left on Friday afternoon, we had a busy, productive week.  Patsy started school, and Rob and I worked many, many hours with the kids, as they are now on vacation and we will not work with them this week at all.  We got the chore routine going, by having the kids do them several days this week.  Rob took Michaela to her volunteering.  I took her to the zoo on Jake’s first day of school.  She had so much fun.  We went to the tigers 3 times, some other things twice, and skipped several animals entirely.  A cheetah decided to sit down by the viewing window, and Michaela sat there for at least 15-20 minutes, just enjoying the big cat.  I took food with us, and we re-filled the 2 water bottles purchased at the zoo in years past.  If you take the time to wash them and bring them back, they will re-fill them with soda for $1.   We also got one order of fries for us girls to share. (J went with us.). I used our zoo pass for admission.  It was a frugal, fun day.  It was so nice to have a relaxing day after all the canning I had been doing before and after watching the kids. 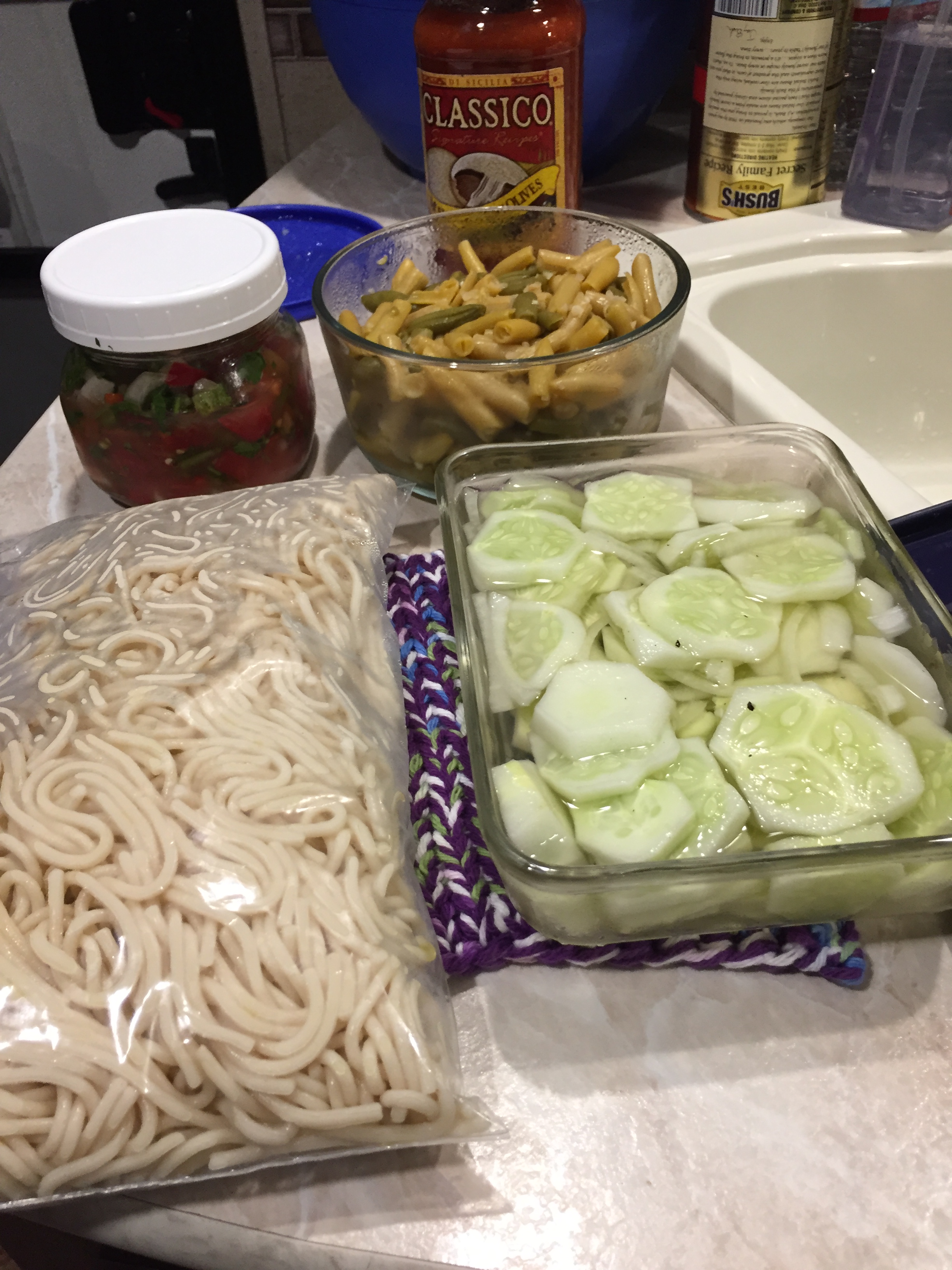 I pre-cooked and prepared some of our food for camping so it would be easy while we were there.  I made it super easy, and just used the jarred sauce and didn’t even add meat this time.  We used up parmesan cheese packets that I’d had in a ziplock for ages.  They were from when the older girls ordered pizza at some point.  Lovana took us out to lunch yesterday.  It was a nice treat, and we ate the food I took the rest of the time. 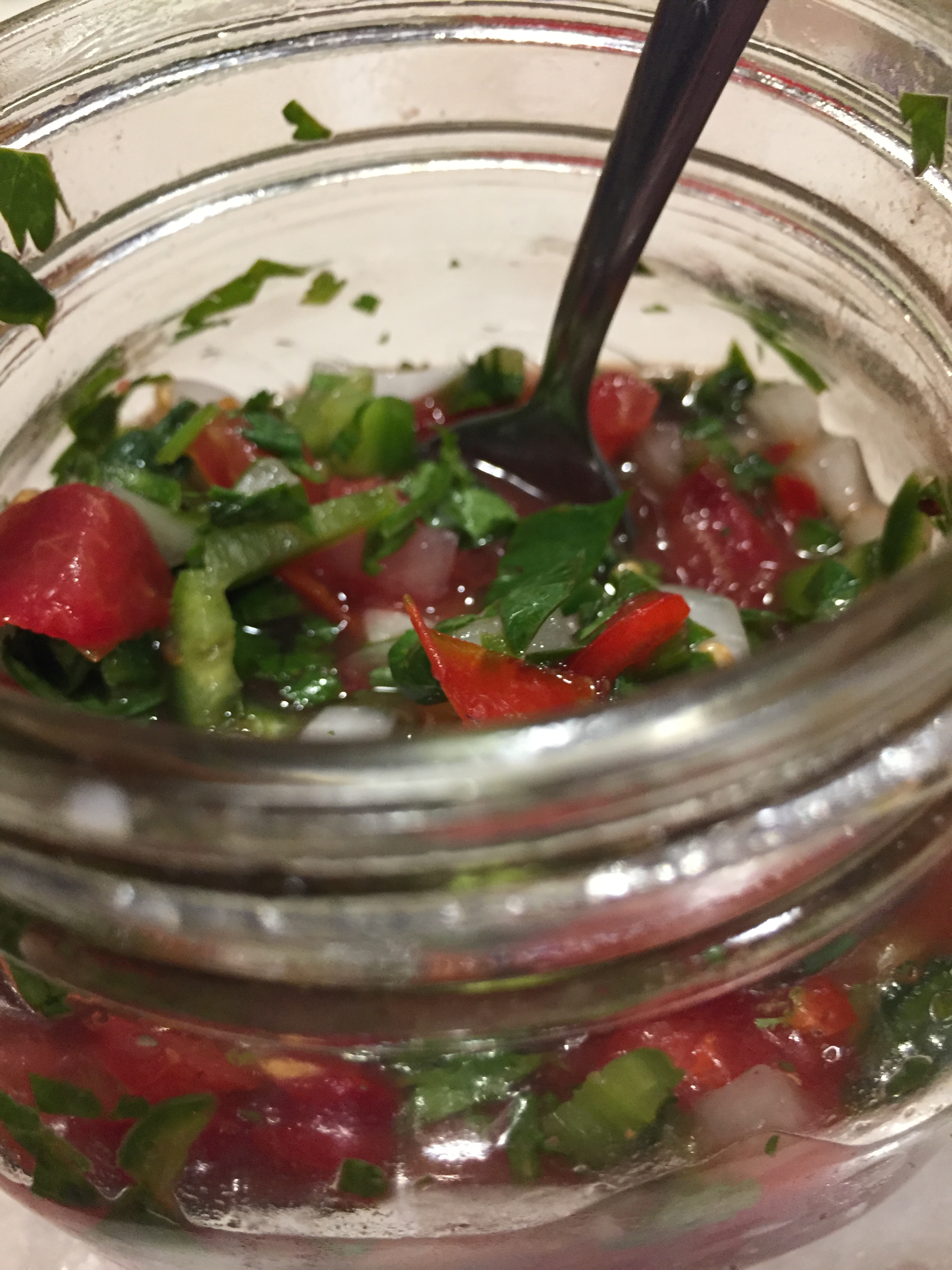 Before my sister’s family went on vacation, I was over there working with the kids.  My brother-in-law kindly offered me all the rest of the perishable food that would go bad while they were gone.  I got 2 sad bananas and made banana-coconut bread for the trip.  There was cilantro and 2 halves of white onion, so I added garden tomatoes and peppers and made Pico de Gallo.  There were corn chips in the camper, so we ate it with them.  There were some limes, so I juiced them out and froze the juice in tiny containers for when I have a recipe that calls for them, after I used what I needed for the Pico.  Rob saved them a fortune by taking them to the airport and he will pick them up.  Parking is quite expensive up at the airport. 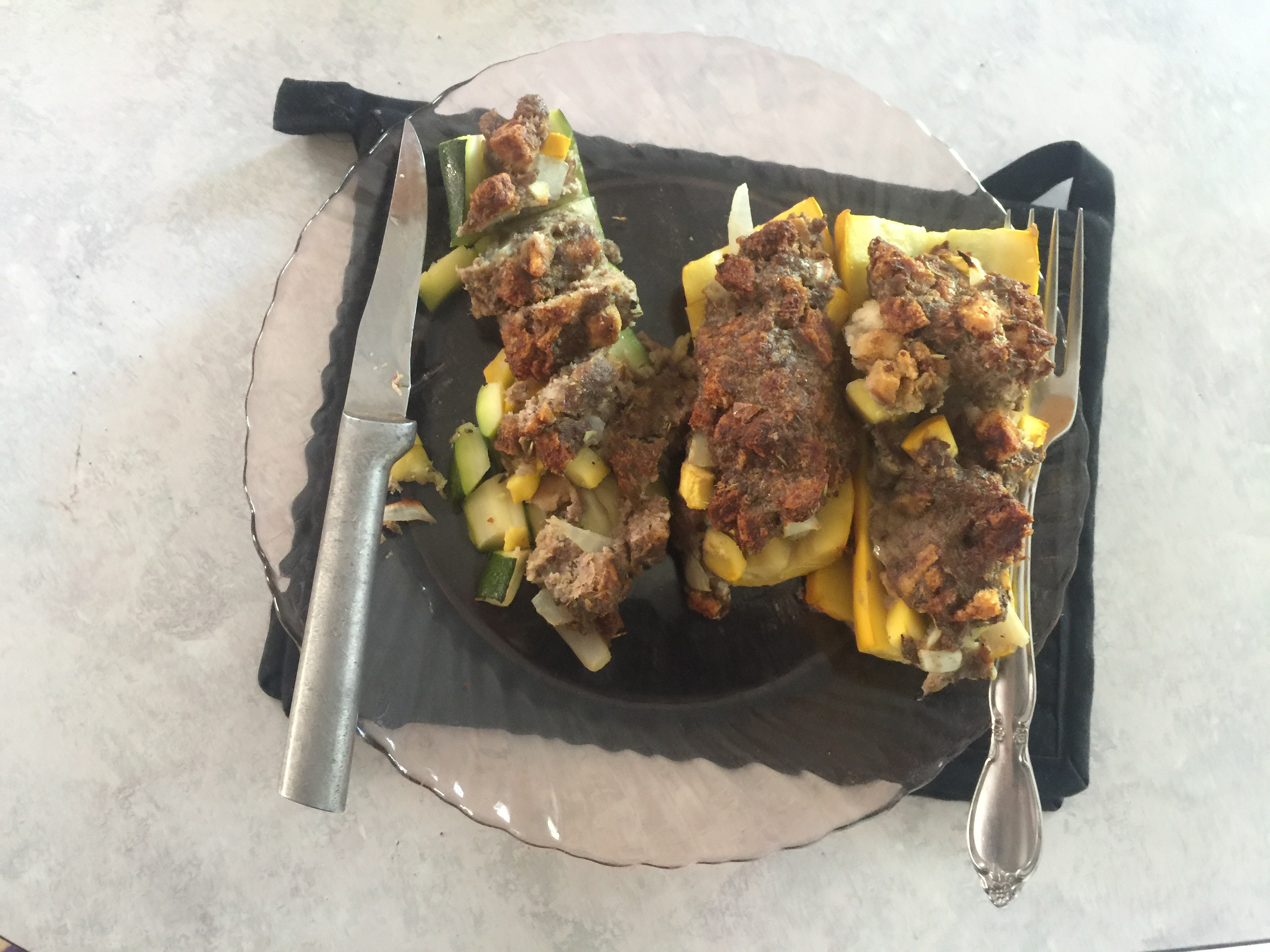 Rob made stuffed zucchini one night for dinner.  It was great, and a welcome meal after coming home from work.  The zucchini has slowed down to a nice level of production, and we enjoy having it in more moderate quantities.

My aunt passed a few tomatoes on to me, and I got 5 more pints with what I had on hand from my garden, plus hers.  I hope to get another small batch of pints this week, as well.  Little by little, I’m coming to the end of the canning season.  I still have a few more things I want to make, though, like salsa, salsa verde from the remaining green tomatoes once the season is over, maybe taco sauce if I can find a good recipe, some dried herbs, etc.   My focus is still on using the fresh items as much as possible while they are available, but we have started popping open a few jars.  That’s what they are for, and I’m glad to have them.

How did your week go?  Did you have any “feel-good” cleaning moments or save money in a creative way?