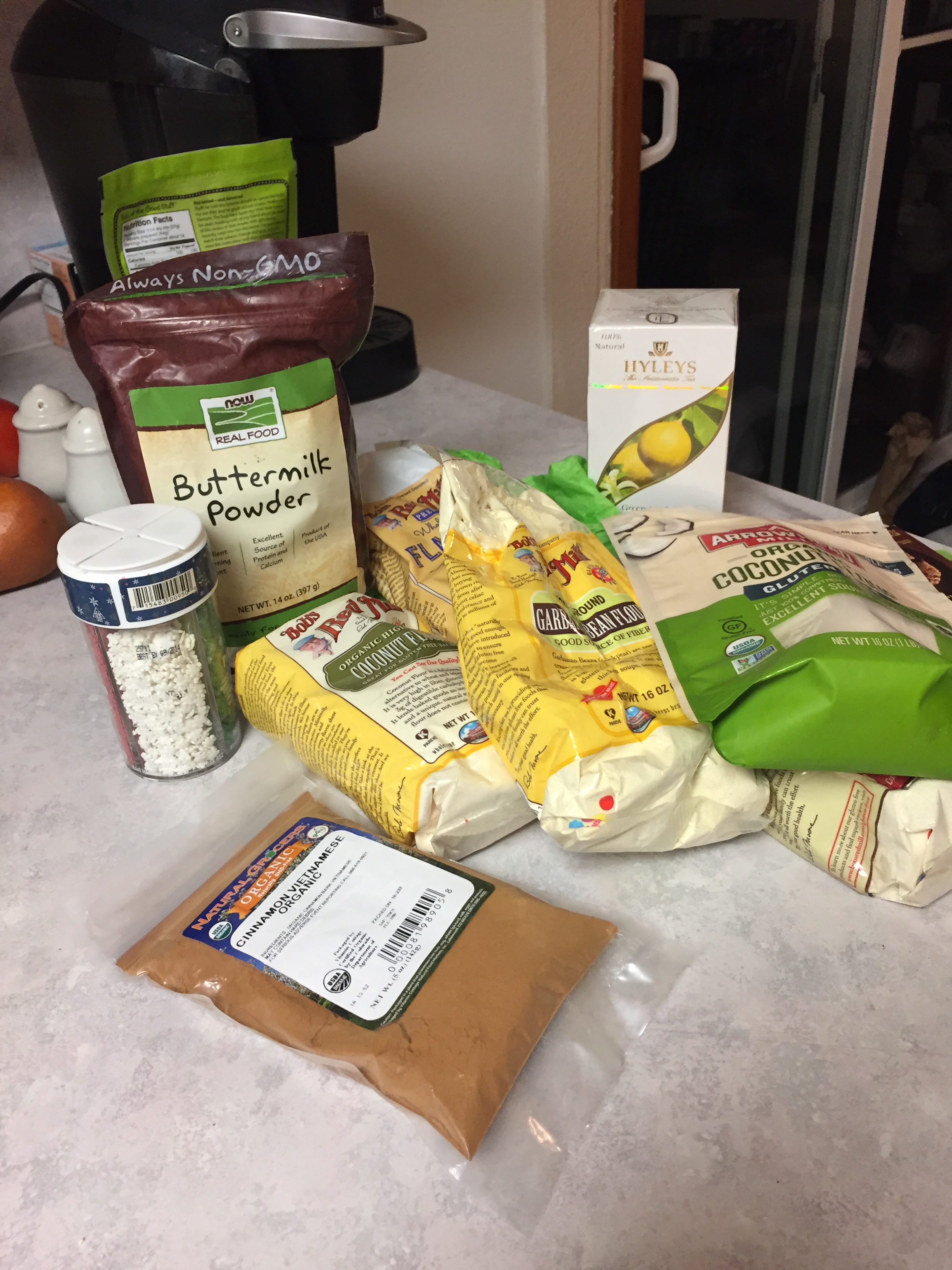 I was given a very nice assortment of gluten-free items, and some baking supplies.  (Some has been put away already–there was more!). It was a very nice gift and I’m very thankful and am already planning some good things to make from it!  In fact, my oldest daughter was mentioning a wonderful recipe using coconut flour and I told her to send it to me–I had a bunch now:) 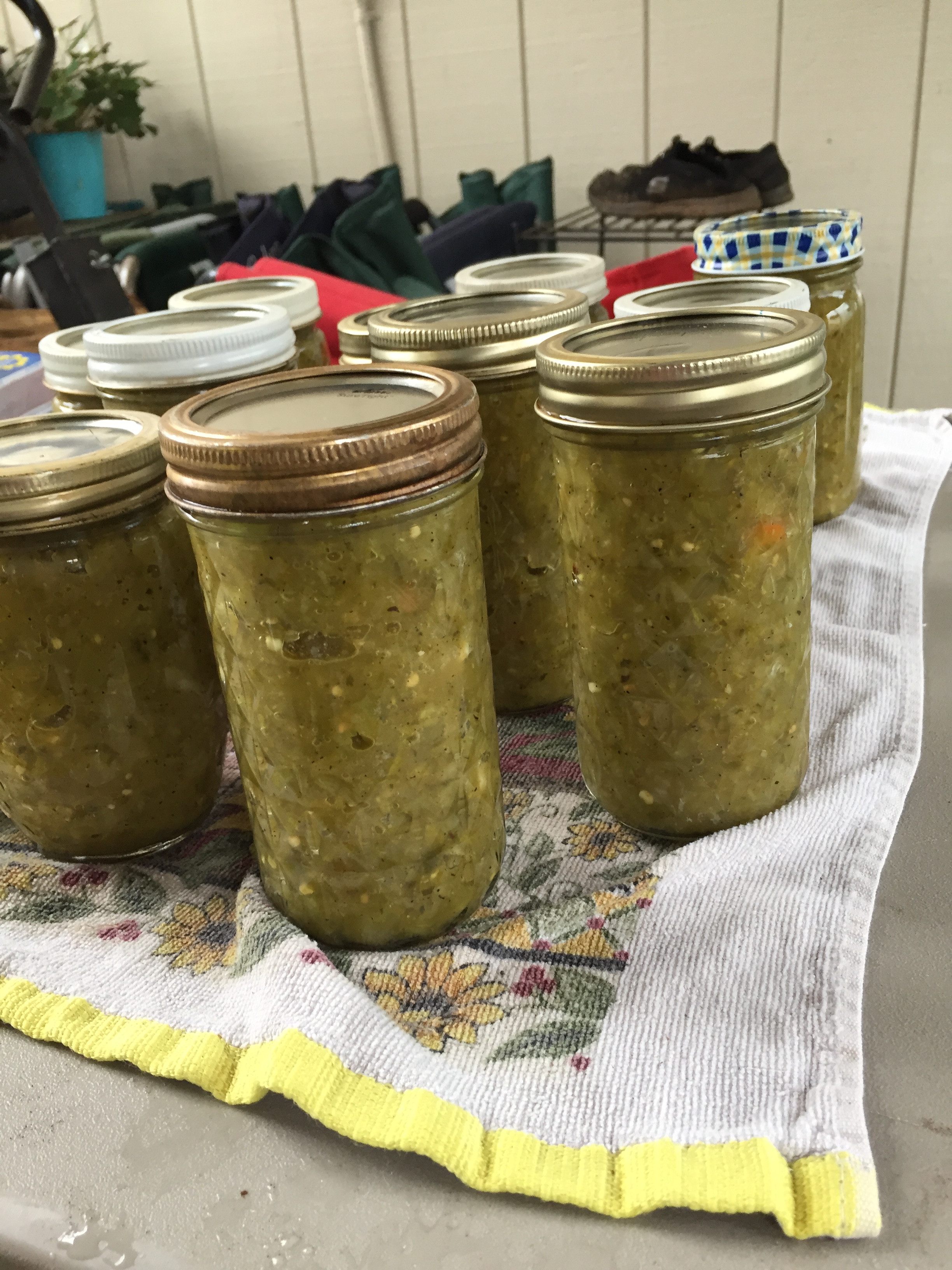 I’m officially done with canning season!  I got the last 2 things done this week–more pasta/pizza sauce and the green tomato Salsa verde.  If you’ve read my blog for any length of time, you know I have a passion for canning and other food preservation.  But, let me tell you, even I am absolutely DONE for a little while, at least.  I am ready to move on to other projects, but am thrilled with what I got.  It really is amazing to me how much produce came from that little garden in the back yard.

We have been thawing items and opening jars right and left, starting to put all this goodness from the summer to good use.  I used the extra Salsa Verde that I did not can to make a green enchilada casserole for lunch today.  I paired that with canned green beans and a salad. 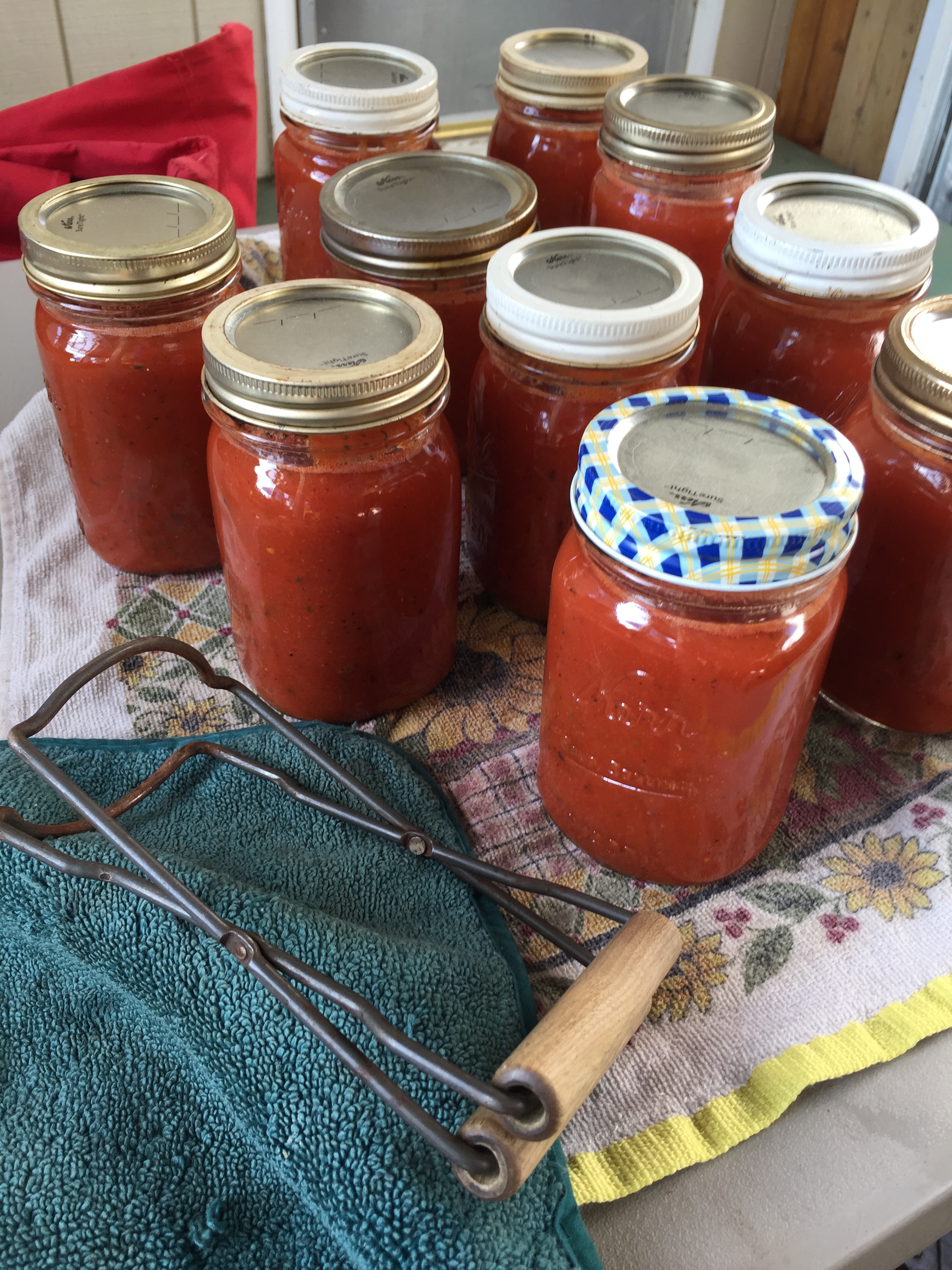 There are a few more soup bones in the freezer I’d like to make broth from, but that can wait until I’ve had a little break from canning. 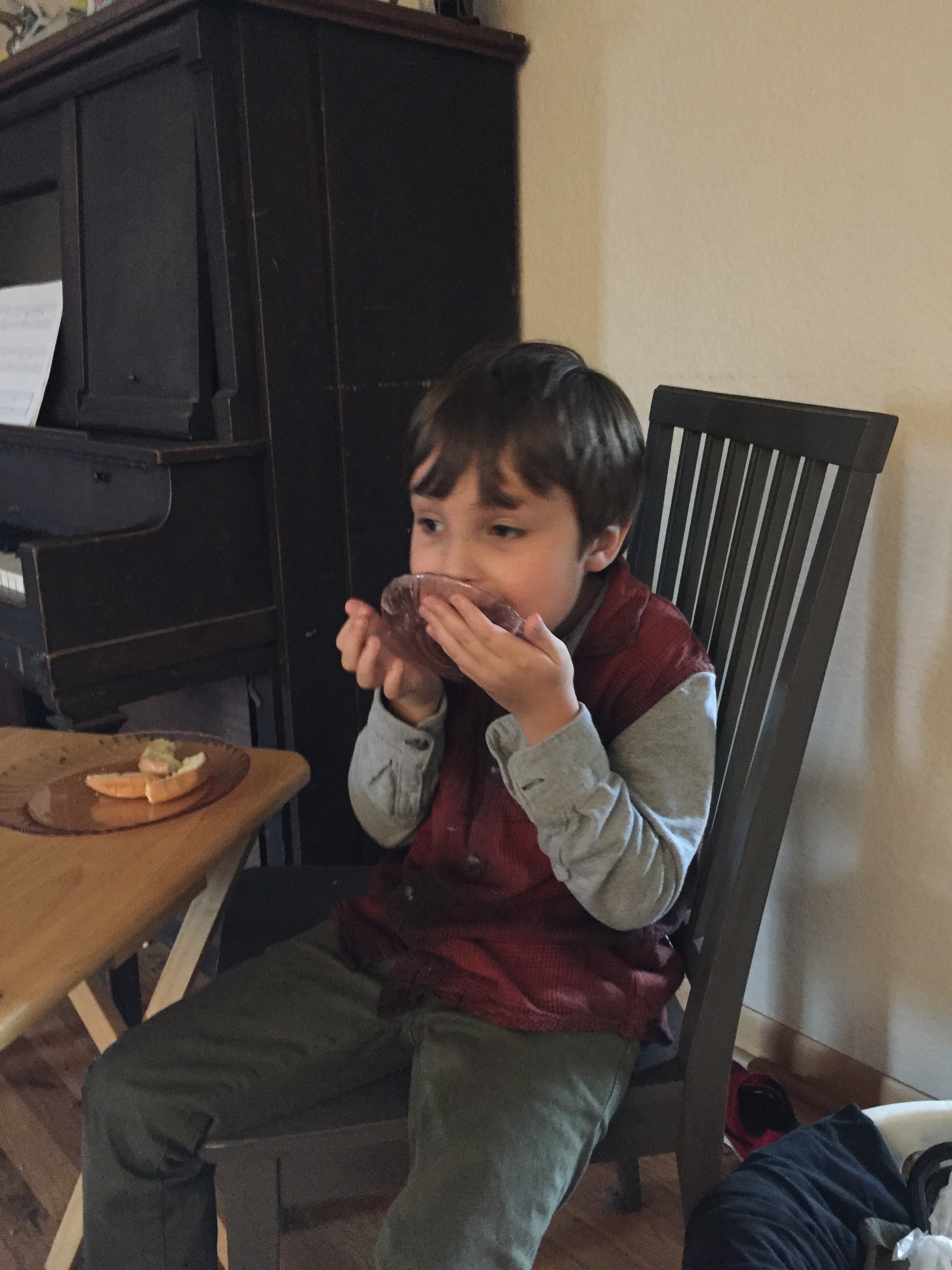 Free entertainment!  Jake was licking the last of the whipped cream off his plate (I am the auntie, you know, so let him had some when he asked).  He sure enjoyed it.  It was the  end of a can from a LONG time ago, I didn’t even know I owned it, but it must keep, because he found it way in the back of the fridge, and loved having it.  (I tasted it, and it was fine!) He declares he is the best plate-licker in the nation:)

Rob was given some cedar boards to use when he helps Patsy make a bird house.  He spent quite a bit of time yesterday, cleaning in the shop.  It’s an on-going project, stemming from when we moved here with way more things than we could fit into our much-smaller house.  Every time he spends time out there, I can see a big difference.  We are at the place where it won’t be long until he can actually use the shop for his tools!  Hurray! ! 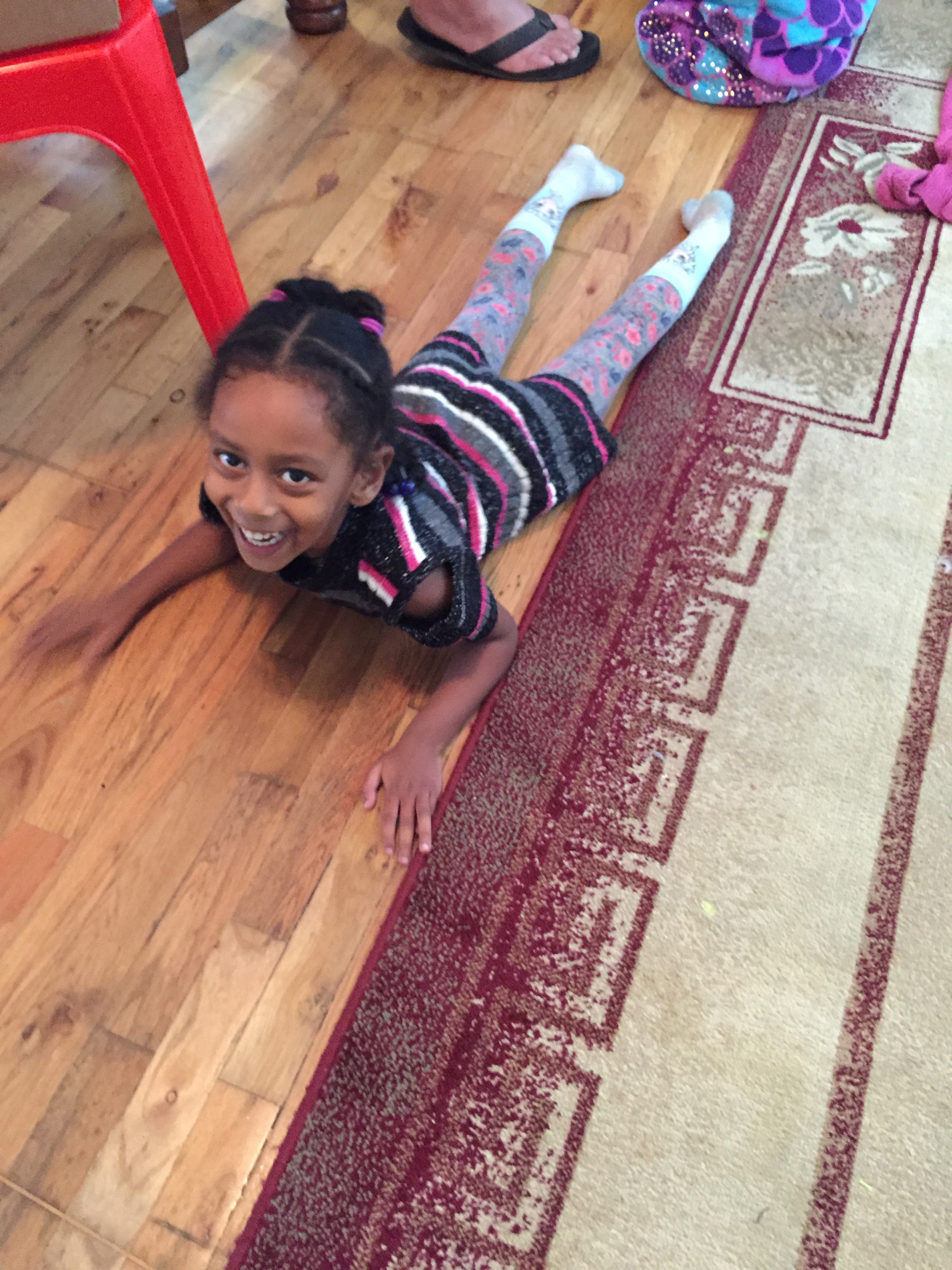 I spent an evening and a morning helping my friend move to a different apartment.  Her daughter was greatly amused by Patsy during the evening, which was a big help to us,  and she loved “swimming” while Rob hooked the tv back up to the VCR the next morning.  At one point, I heard her asking, “Uncle Rob, can I sit on you?”  It was so cute.  She just meant she wanted to climb up onto his lap.  At that point, he was perched on a sturdy coffee table, working closely with the cords and wires, and wasn’t able to oblige her, but enjoyed all her chitter chatter while she “helped.”  Thankfully, lots of other friends were coming by there after I left, as we did not get it all done, but we made progress.  I could not help at all beforehand, so was glad I could help afterwards.  I grabbed some taco ingredients to take, and we ate that while we unpacked, thereby cancelling the need to get pizza or anything else during the move.  I had come cookies in the freezer (out of sight, out of mind for us), and took them, and some soda, which she gave to the 2 young men who were driving the truck.

I’ve been choosing small areas to deep clean! Now that it has started to rain, I feel like working inside.  Boy, do I have a lot of messy areas!!  But, each place I clean makes me feel better, and I will get it done little by little.  I’ve even got a little of the garage cleaned up!  At Thanksgiving, I will seat several family members out there at the big, old table we kept, and I would like it to look a little tidy. (It won’t be perfect, I’m realistic)

I shopped mainly for protein and cheese this week, along with some items we finally ran out of.  I haven’t been at the regular grocery store much lately, but it was time, and I’m sure they were happy to see me:). Cheese was so inexpensive–$4.99/2-lb loaf of Bandon cheese, which is the same as Tillamook–so good.  I get several, and some shredded Lucerne cheeses as well.  I stuck to one store, and got what I needed.  I did redeem a couple of dollars from Ibotta.  I got 1 dozen eggs for free, but that’s all the freebies for this week.  I had a choice of a free item, and I chose eggs because we eat a lot of those and can always use them.