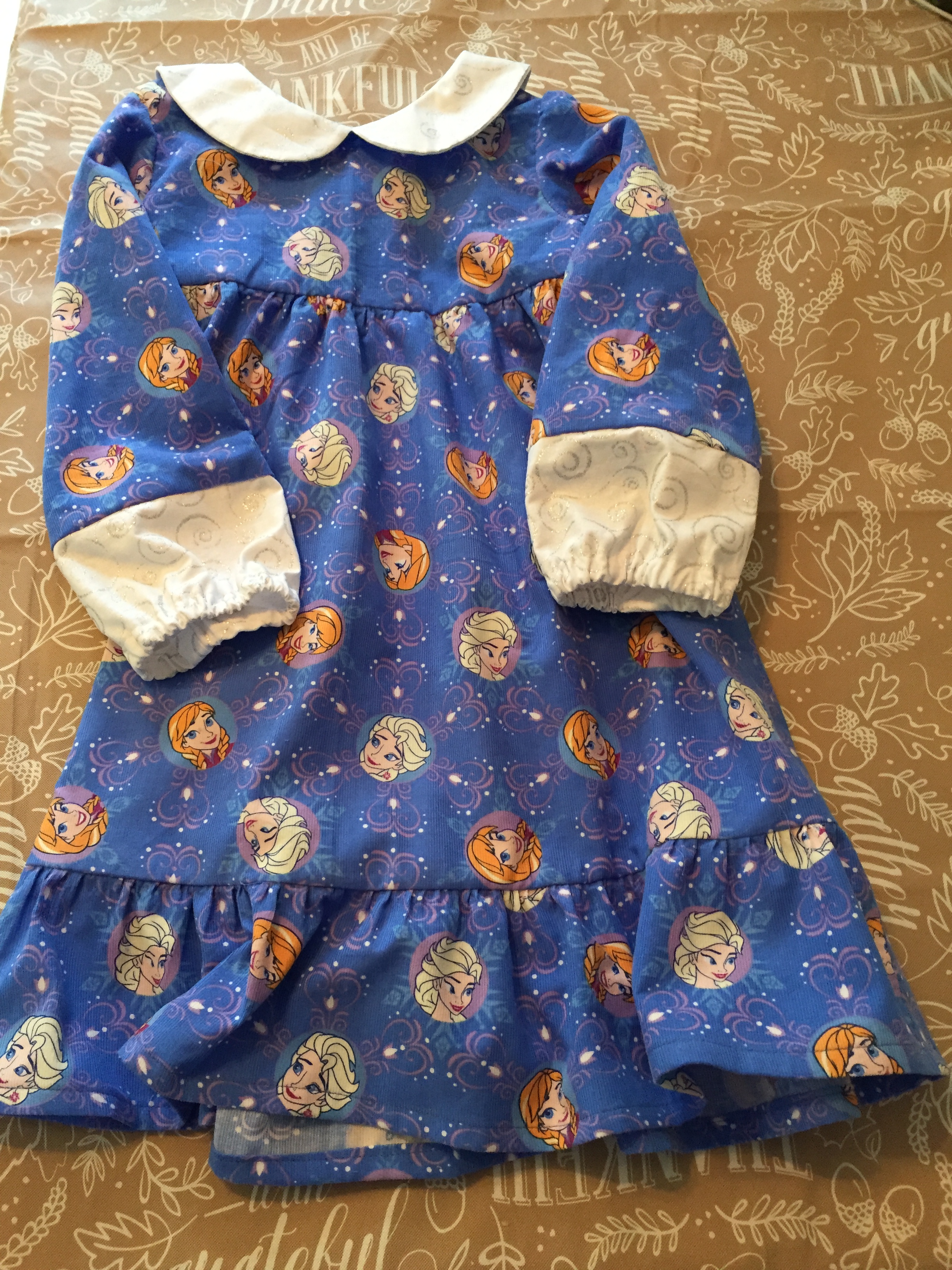 I was very happy to complete a fun sewing project yesterday.  I had a bit of trouble gathering the needed notions, though.  When I got this fabric 1/2 price last Saturday, I didn’t buy thread.  Why would I buy thread?  I have a small bin absolutely full of spools of thread from projects in the past.  But, not this color except for a teeny, tiny bit on a small spool.  Or anything else that was close.  I used the little bit and I sent poor Rob off to JoAnn’s on Monday, but he was unable to get any.  They were still decimated from Black Friday weekend, and most of the blue thread was gone.  The clerks were super busy, and couldn’t help, and since Rob is color blind…..he didn’t feel confident to choose another color instead of the exact color I sent him to get.  (He took a picture of the old spool to get the number from it.).  I got some at Walmart the next day.  Whew.  Then, I went to my bin of zippers to get one–after all, with a small bin of zippers, I never need to buy one, right?  Wrong!  There were no blue ones.  On Tuesday night, I got my zipper.  I bought an extra blue one for the bin:).

In the meanwhile, between running around for these bits and pieces, I sewed the white parts, and what I could with the small amount of thread I had on that little spool.  Yesterday, with the proper notions, I finished the little dress. 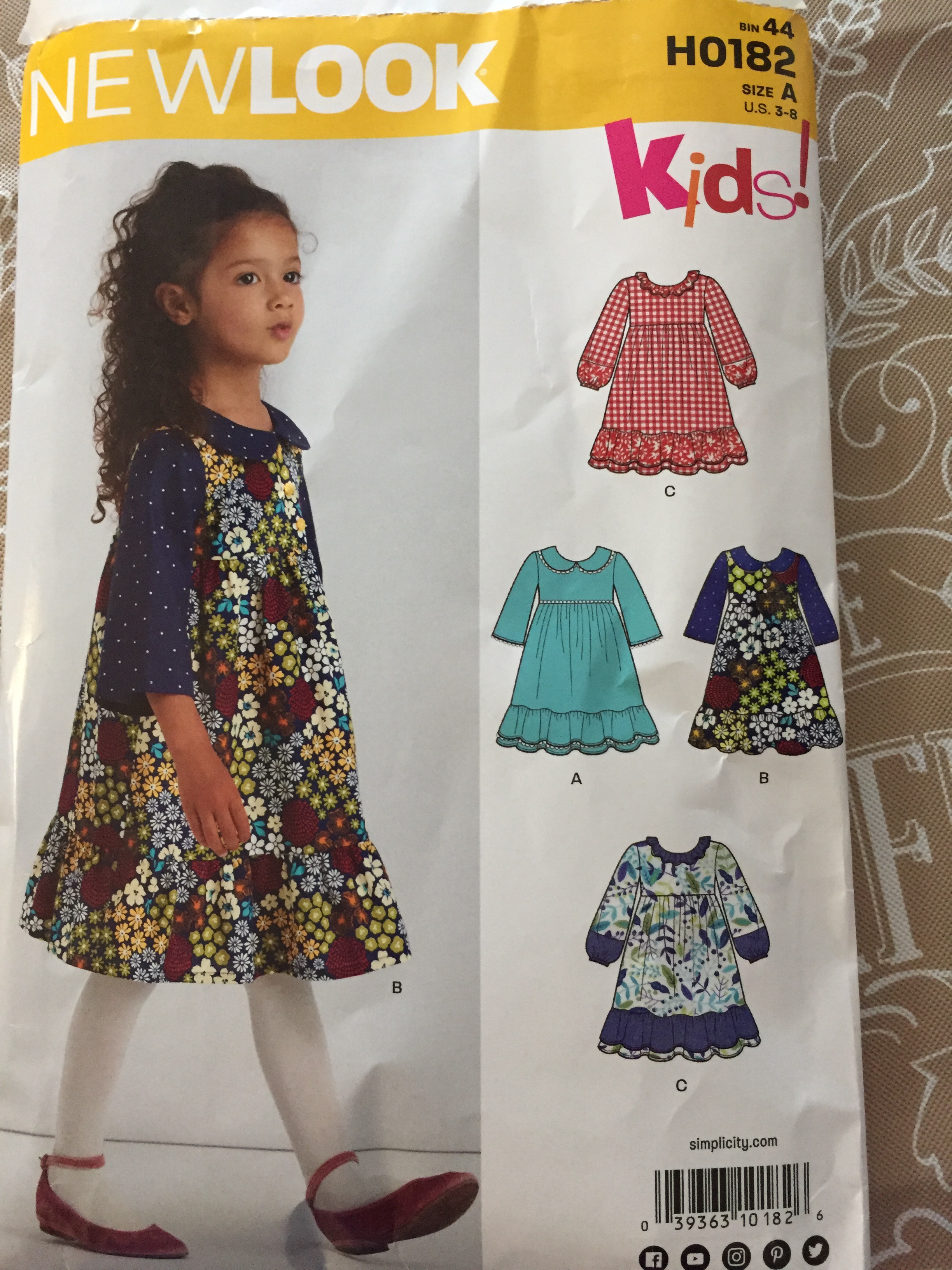 I had thought to put the upper layer of white ruffle (view C) on the bottom, but I lost the piece.  Yes.  I did!  Completely.  I pinned it to the white and cut it out, and it’s gone.  Pattern piece, pins, and fabric.  We have all looked for it.  I’m sure it was either accidentally thrown away, or I will find it in a cupboard someday, stuck to a tablecloth or folded towel, or something.  But, for now, our little frozen princess will have to survive without a white ruffle.  After looking for quite a while,  I decided it was time to “Let it Go, !” as the song says. I finished the dress, and am very pleased with how it looks.  I know my little friend will be delighted with it, and I had a good time sewing once I got over the frustration of gathering the parts and pieces.  I’m ready to move on to the next project.  I have several planned for the next few weeks.  After all, it’s almost Christmas:)