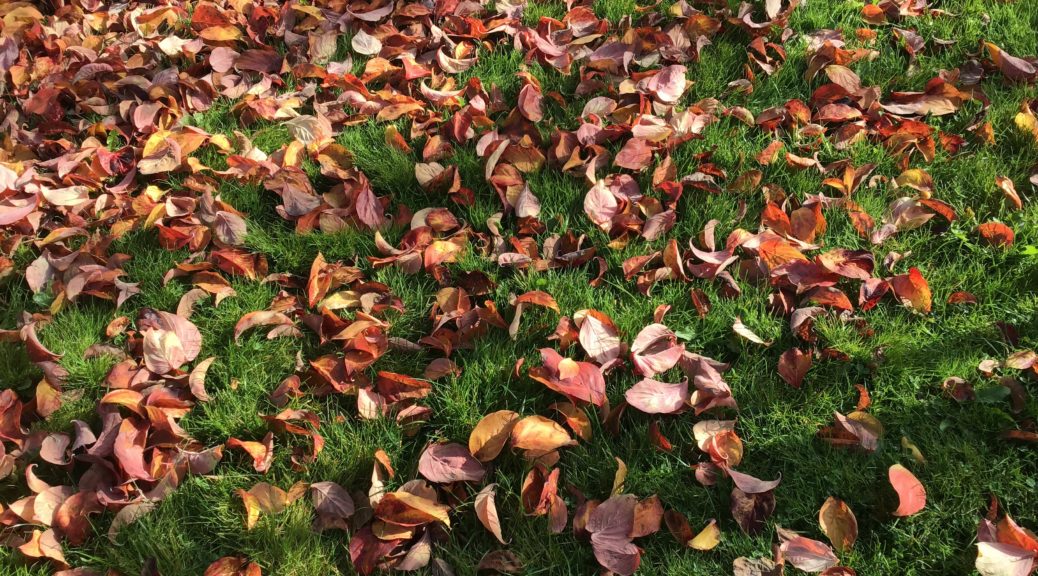 When I returned from Hawaii mid-week, I was struck by the amount of fall changes that occurred while I was gone. Trees had turned scarlet, yellow and orange, leaves dropped all over and the weather turned windy and rainy. I felt like I was truly home again.

These pumpkins and squash are from my garden. We got a freeze warning while in Hawaii, so I expected everything to be dead. Instead, I see that there are a few stragglers still alive in my garden area. I will go check them out this week to see if there’s anything usable still out there.

I picked the remaining few green tomatoes before I left on my trip. Upon returning, several of those had ripened and we’ve had tomatoes on our salads all week.

I did a fairly large shopping trip, since I had emptied the fridge quite well before I left. I focused on the sales, things I was out of, and was able to do some Ibotta rebates. I ended up qualifying for several bonuses, as well.

On Saturday, there was a county-wide 4H event. We have not had much of a club since we moved, but are excited to now have another family that wants to join. We rounded them up, along with Jake, our nephew, and Patsy, our daughter and took them all to the event. We are sticking to our old county, since we know them there, and know what to do, about events, etc., so we had to drive little bit, but it’s worth it to us. It was a bake sale. We took caramel corn to donate. Patsy and I made it, as we often do. While there, our clubbers made brownies and Chex Muddy Buddie Mix to send good smells through out the building, in hopes of building sales, and those were sold, too. There were lot of other clubs that donated and helped, and it was a success.

After we did our part there, we took our new club to Champoeg State Park and Rob had them do a scavenger hunt. He talked to them about identifying the native plants and objects, such as acorns, and rewarded them with little candies when they found them. We had a picnic and then all went up to the visitors’ center where the volunteers had another scavenger hunt for them to do about the history of the area, a movie to watch about helping the bluebird population and plied them with stickers for their efforts. They were super nice and helpful to us.

It was the first 4H experience for most of the kids, and it was very successful. I’m sure we will have many more fun times in the future. This year, we are going to concentrate on Cooking and Outdoors as our main projects. Once we get started, we can always add more projects if there’s an interest. Patsy’s super excited, since she’s been longing for other friends to do 4H with.