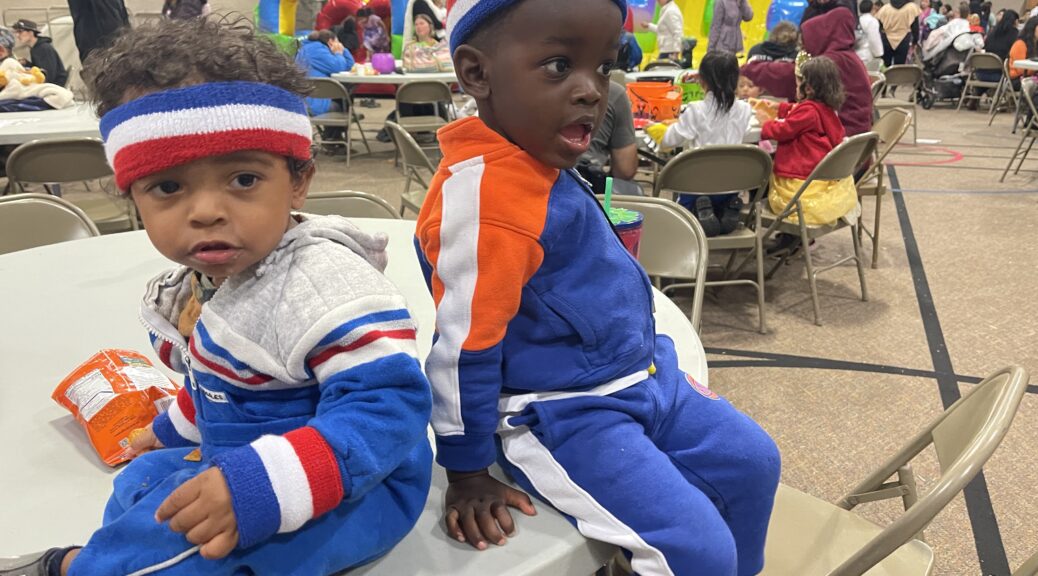 We took the boys to the church’s harvest party last night. They were so cute in their costumes. Auntie Lovana got those together from thrift stores and ordered a few accessories. They cost about $6. She was happy they were so cute for so little cost, and that they will be able to wear the clothes again. They were very unique in a sea of Spidermans, Elsas, and so forth.

I took the opportunity over the past 2 weeks to do some really deep cleaning, sorting and organizing.

Since Patsy has decided to move out, but didn’t want to clean her own room out :(, I did it. I boxed up anything I thought she might want later and stored it in the shop, packed a bunch of it that she picked up Sunday, threw massive amounts away, cleaned up 6-10 U-Haul boxes of stuff one of her sisters had put in there and apparently stirred and threw around, and then I cleaned it and painted it blue. Our house is very small. I am so excited about having another room in use!

Now it is set up for the boys, with some sewing things still in part of the closet. I worked so many hours in there, and it wasn’t my favorite activity, but now it looks great. I used a X-stitch I had made when the kids were small, along with a few pictures I had to decorate. Some had been stored, so it was nice to get them out and use them, especially the X-stitch, as it took many, many hours to complete back in the day.

Now all the toys are in that room, instead of my living room and garage. The bed is still in there, for when it is needed.

Our 1/4 beef was ready at the place where it was cut and wrapped. When we drove out to pick it up, there was a pen of goats and sheep, which Malcolm enjoyed very much.

We used to cook once a month for the young adult group at church. Recently, they have been meeting again, and we cooked for all of them once. I made chili and cornbread. Then, although others signed up to cook for the main group, it became apparent that some gluten-free food was needed for about 6 members, some of which are so sensitive that they will simply sit and watch others eat, rather than chance getting sick. That’s not a very fun way to spend an evening. Because I’m the same way, we’ve been cooking gluten-free food for 6 and Rob’s been taking it over there each week.

If I ever have a week where I don’t want to or can’t, there is another who can bring allergy-friendly food. But for now, I’m amazed at the way the Lord is providing for this ministry and for us personally. I should not be surprised, but I always am when I see Him stretch our resources to fit the needs that come our way, or how He lays it on someone’s heart to give us something we need, at just the right time.

For example, the other day, Rob walked into a store, and found a manager’s special of chicken drumsticks for 60c/lb. That’s what they are getting tonight. One of my sisters sent boxes of apples from her tree that had a bumper crop–apple crisp on the way! I do love to cook, so it’s win-win.

Rob was running low on coffee and found GOOD K-cups for $1/box. Really! He bought several. And, so it goes.

We’ve been blessed with gifts and bargains, both, plus a huge crop from our garden. My canning cupboards are stuffed beyond what they can hold and have spilled over into boxes. My freezers are full. We are very grateful for everything we’ve been given. As Thanksgiving comes closer, I really want to focus on the goodness of God and how he continues to care for us and meet every need we have.