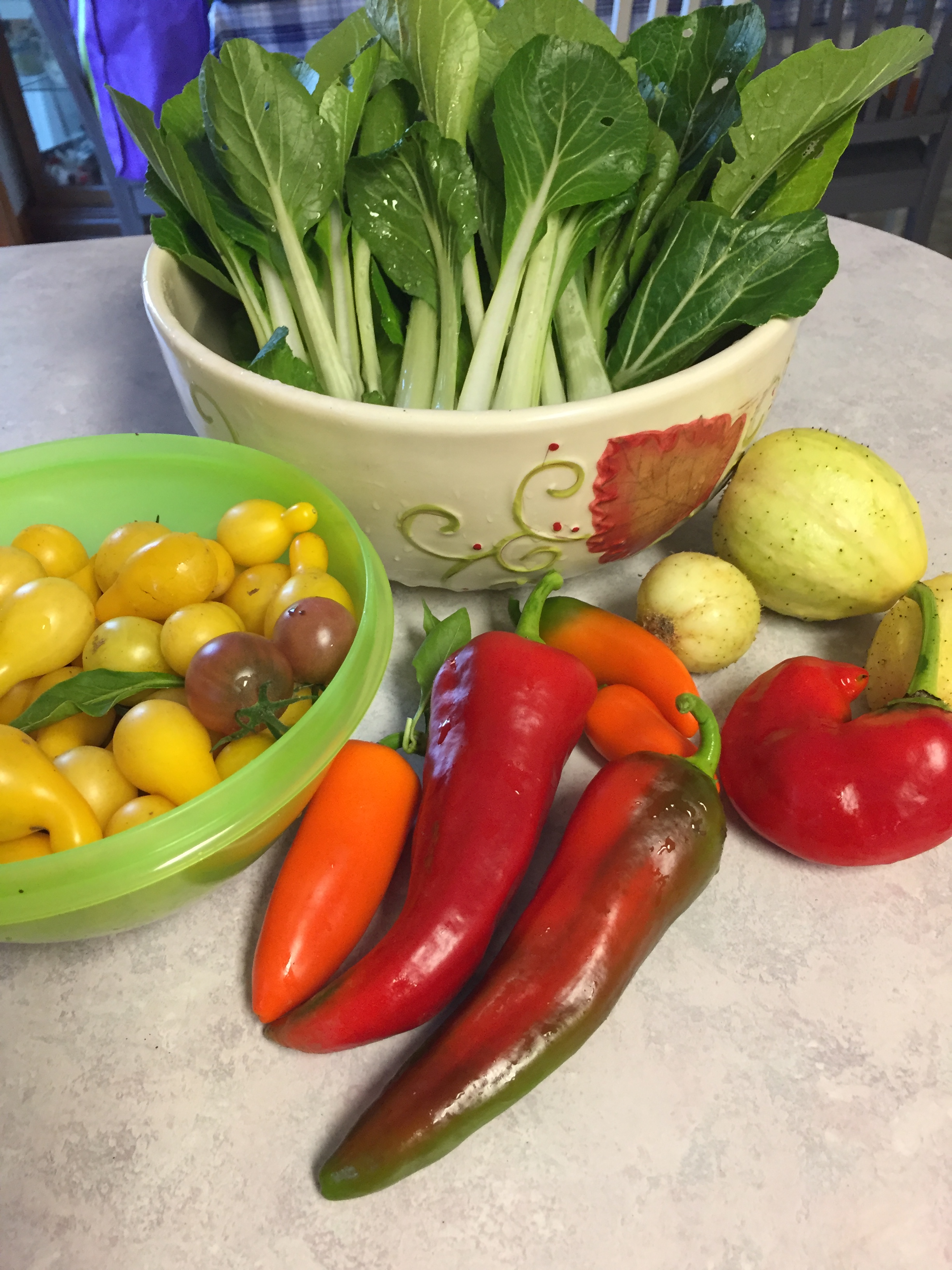 I went out to the garden and was amazed to pick these items!  Since most of the garden has been pulled out, and there are only a few bushes left, AND the weather has been so rainy, AND it was Nov. 2, I was amazed and happy! 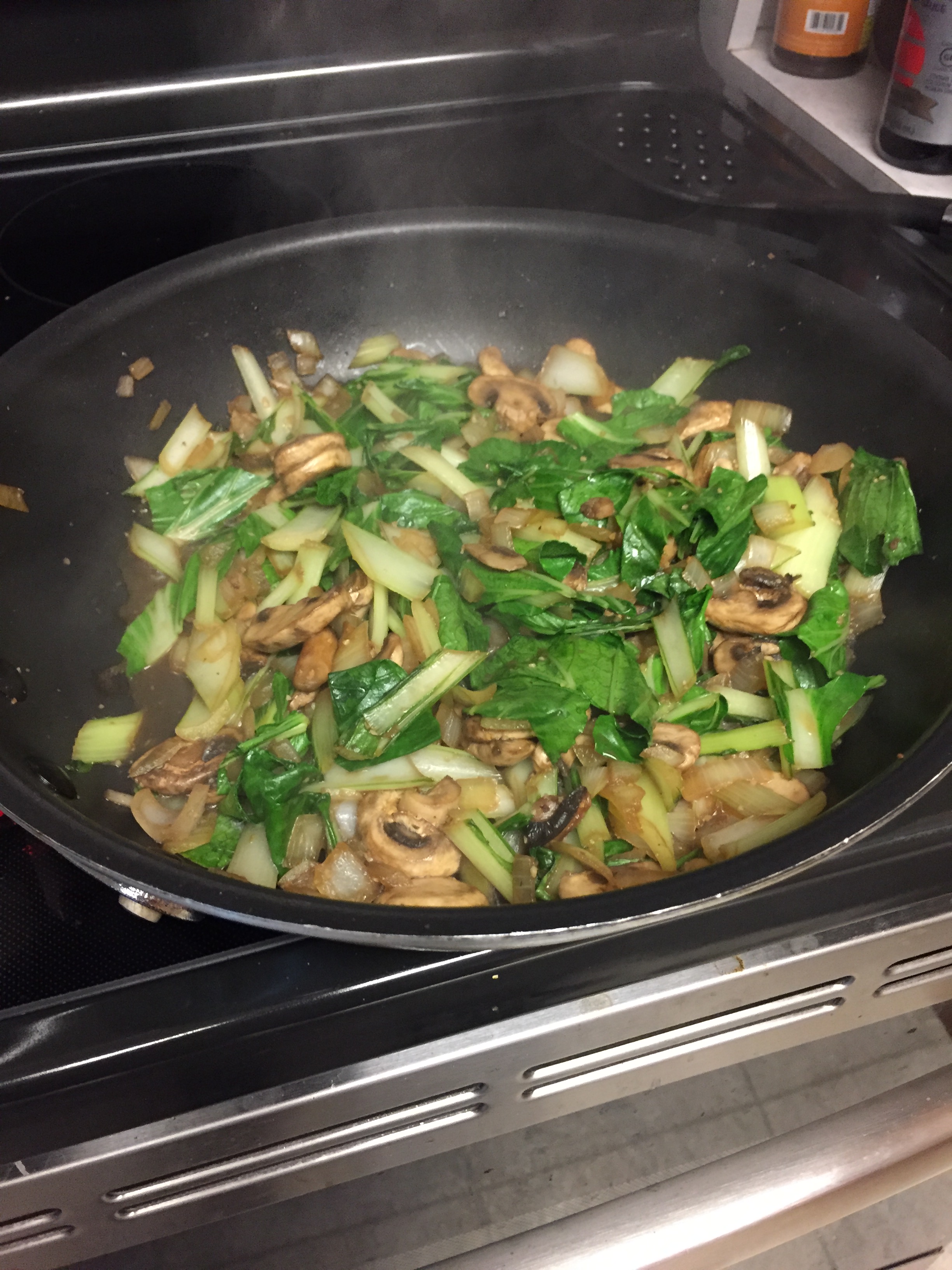 I made a stir-fry with some marked down mushrooms, an onion and the boc choi.  It was great!

Thought I was done canning?  So did I.  Until, Rob realized how fast he was scarfing down the tuna, and we decided to go back down to the docks and get some more and can it.  We did that Wednesday.  The tuna season is almost over, so it was now or never.  We had a date day, but Patsy had an orthodontist appointment right after school, so it was a quick trip.  We did get to go out for lunch, though:). It was a great day.  Then, I filled the jars and Rob sat by the canner all evening, with me spelling him to drive Patsy back and forth to church for her event, and for me to hand out candy to the handful of trick-or-treaters we got at our door.  My 2 small bags of sale candy were more than enough and I was glad I had put them away in the shop so they were still there on Halloween night. 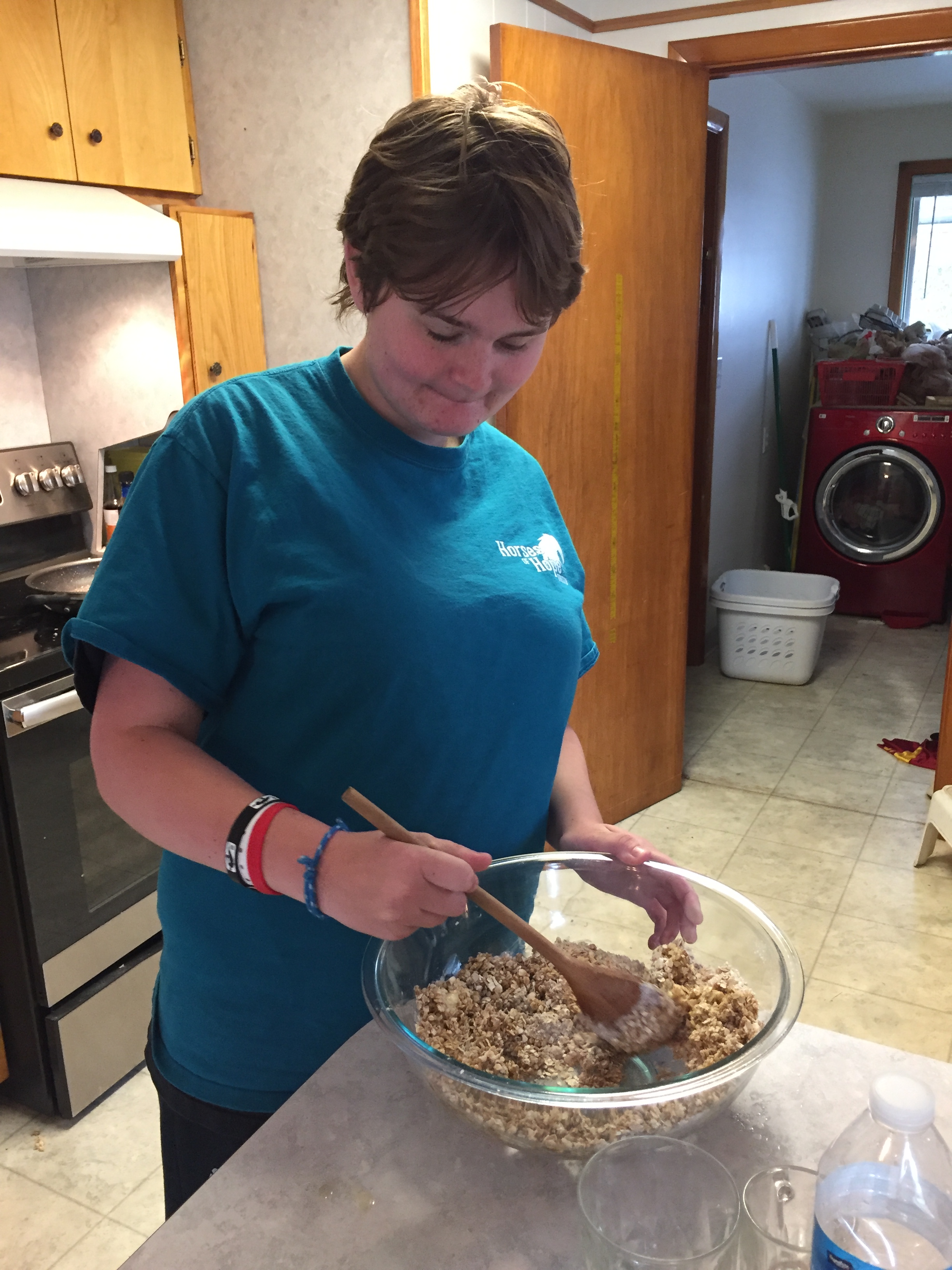 Michaela spent the day on Saturday.  She helped me make apple-blackberry crisp for Sunday Family Dinner. 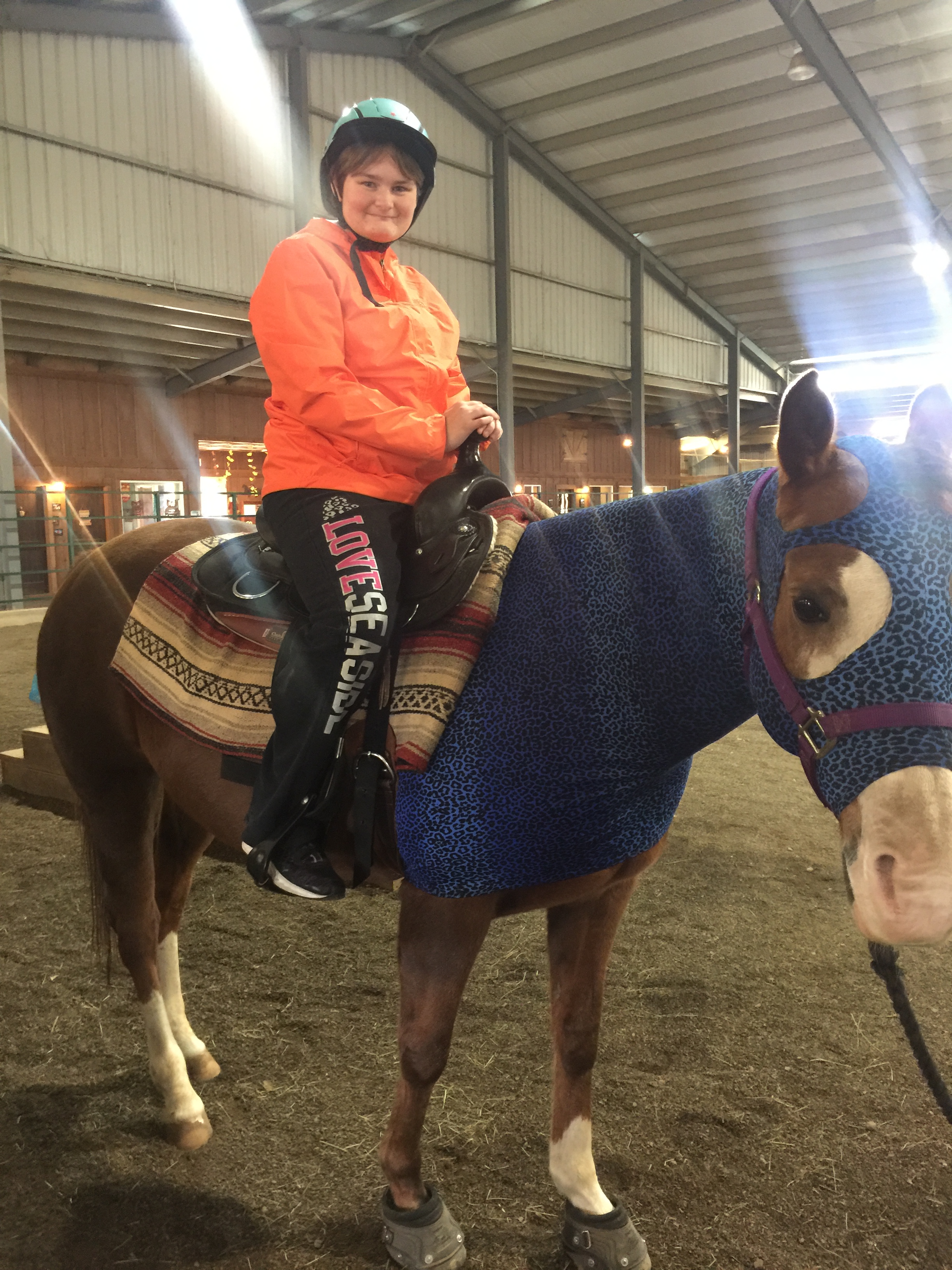 Then Rob took her to the horse ranch where she volunteers, and then rides.  The horse was dressed in a costume of a blue cheetah for Halloween week. 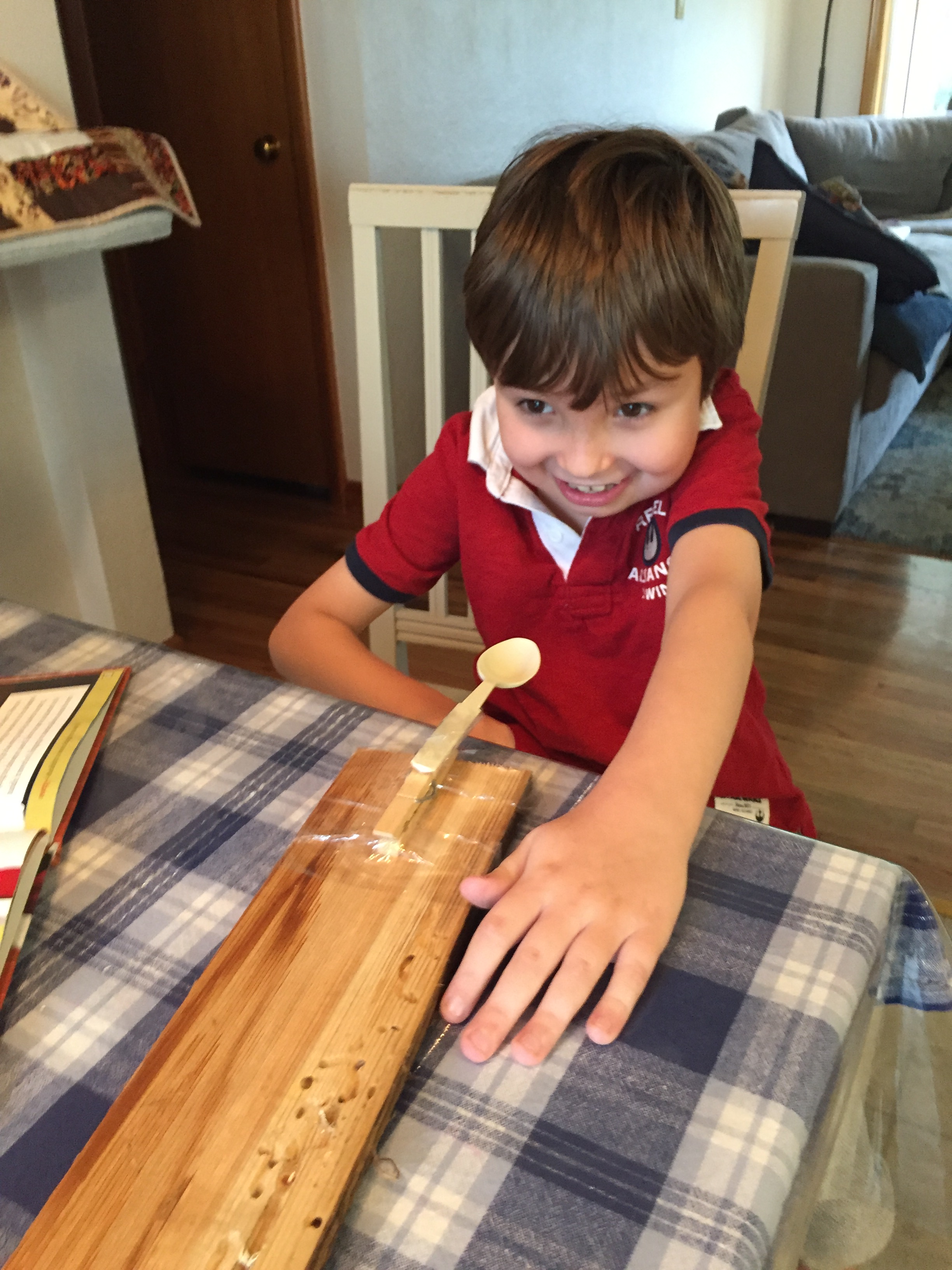 Jake had been with us since Friday morning.  We did quite a few things, including a science experiment, making Krispie treats, jello, and watching the Lego Star Wars movie twice. 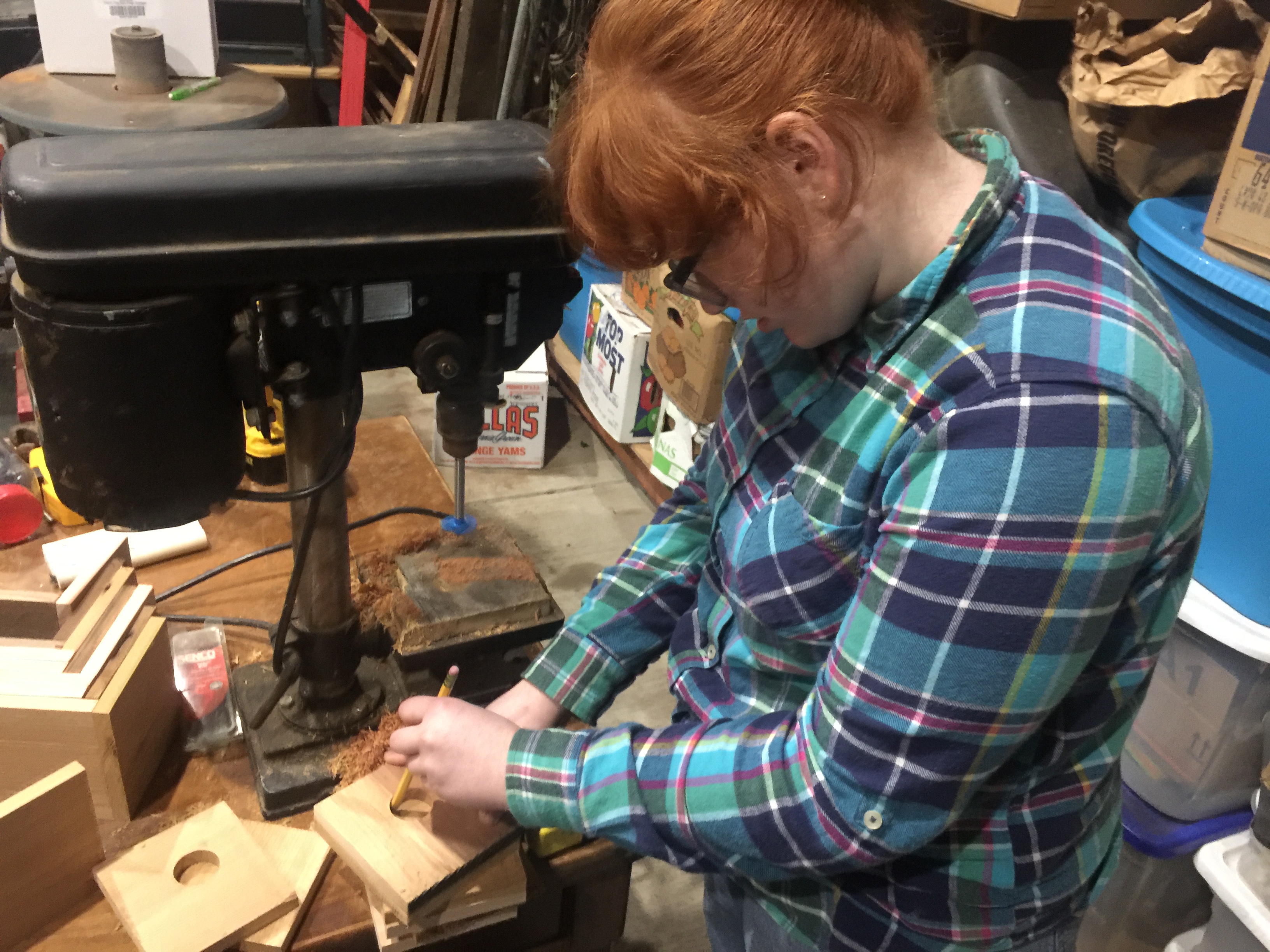 Rob and Patsy worked in the shop for a while.  She has a project she has been wanting to do. 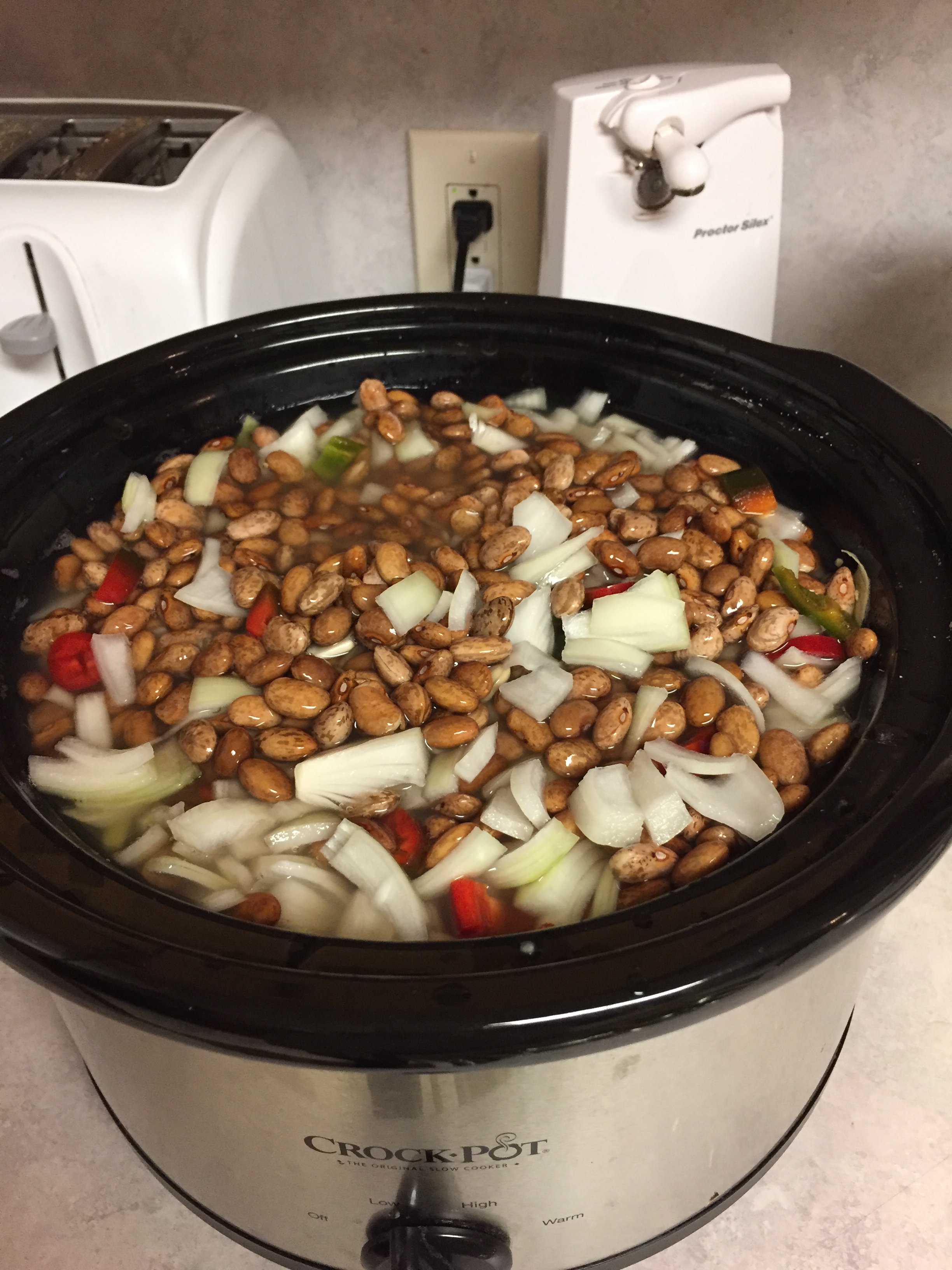 I put on a huge pot of beans to make refried beans.  We have eaten most of what I had frozen.   Patsy loves, loves, loves beans.  I also am going to make a nacho for a party this coming week.  We will use what we can, and I will freeze the rest for later when I’m in a hurry.

Another thing we finished this week were the little baggies of cooked brown rice I had frozen for quick meals.  Hopefully, I will get another batch cooked this week.  Making things ahead in large batches and freezing them in smaller portions saves me time and money.  Rob boiled a ham bone, and has broth and bits to freeze and make ham and beans from sometime in the next few days.

We have spent quite a bit of energy this week, getting our daughter, Lovana, off on her next big adventure.  She has flown away to Hawaii, and plans to live and work there for a while.  This opportunity has come up for her, a job was offered, and a couple of girls were available to share an apartment with.  While I will miss her, I am super happy for her. This is a time in her life where she is free to do something like this.  She has been planning and organizing for quite a while now, and it was finally time for her to go.  She had a friend travel with her (bless you Michelle) and they each checked 2 huge suitcases, plus the carry-ons they took.  That’s what she has from here.  She ordered some things from Amazon already, and found a store and bought basic groceries.  They even tried out a new church this morning already.

I have spent some time gathering some things she forgot, or needed, and have already sent one package, and another one goes out tomorrow.  I saved a lot of money by using a flat-rate box and stuffing it very full. 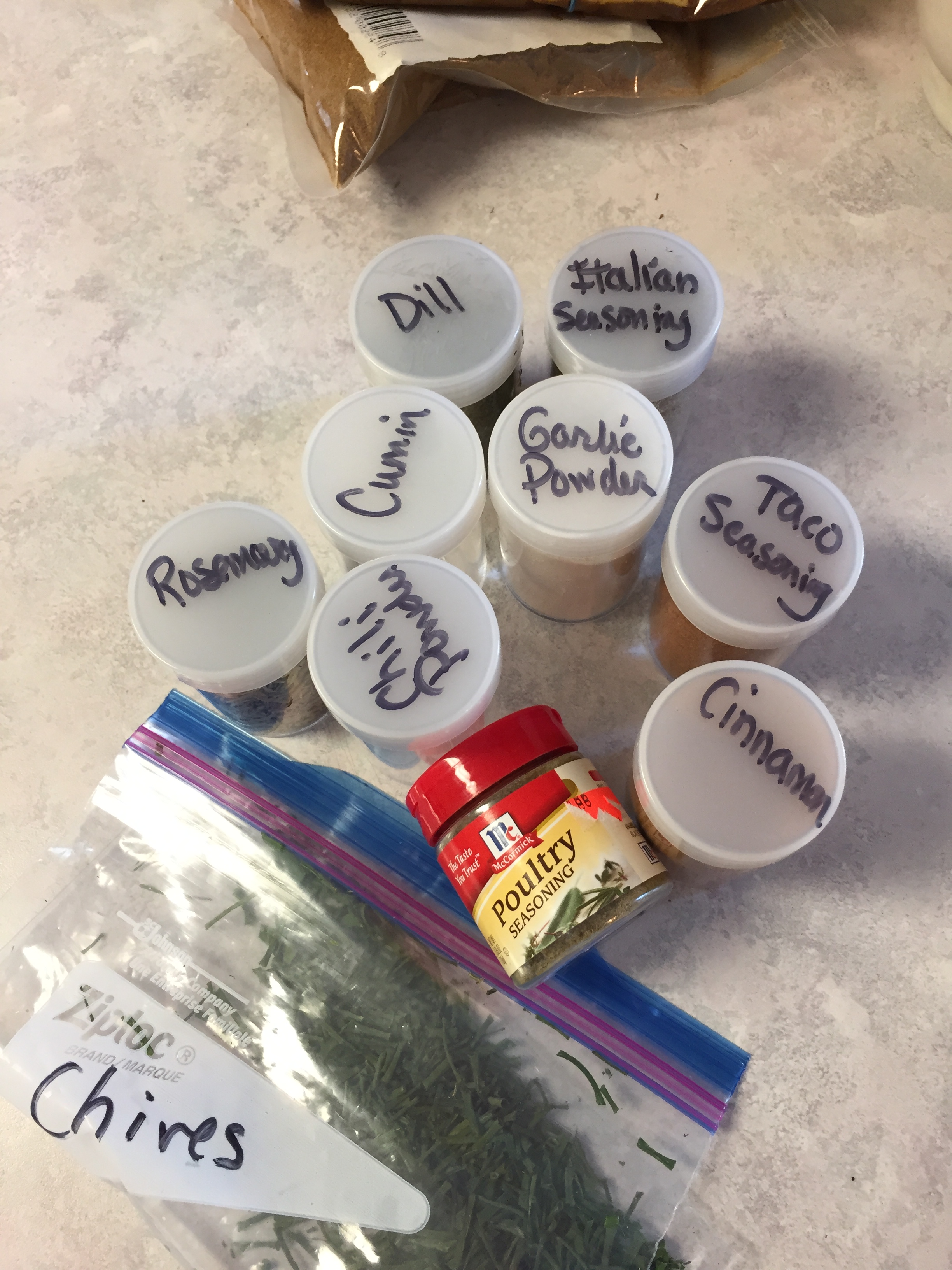 One thing I sent in the box that went out Friday was spices.  I buy them in bulk from Azure Standard or bulk bins mostly, and they are very inexpensive.  Rob had these little plastic bottles.  It is worth the postage for her to have them, since she plans to cook her meals and not eat out.  Since she eats vegetarian for the most part, but adds seafood as well at times, spices will really make her lentils and beans and rice taste better.

They are settled into their apartment, as of last night, but have quite a few things to gather up, yet.  I’m very excited for her, and so proud of her bravery in trying a new thing like this!